What made this film different from the majority of movies in the genre was its setting: a bleak, snowy mountain range. Add to that a gunslinging hero who doesn’t speak (Jean-Louis Trintignant) and the late Klaus Kinski (Grand Slam) at his diabolical best and you’ve got one very intriguing Euro-Western adventure. The supporting cast includes Blaxploitation star Vonetta McGee (Blacula) and Frank Wolff (Once Upon a Time in the West). With a sparkling 2K restoration and a beautiful score by Il Maestro Ennio Morricone, The Great Silence is a gem that we highly recommend to Western aficionados.

Synopsis: On an unforgiving, snow-swept frontier, a group of bloodthirsty bounty hunters, led by the vicious Loco (Klaus Kinski, Nosferatu) prey on a band of persecuted outlaws who have taken to the hills. As the price on each head is collected one-by-one, only a mute gunslinger named Silence (Jean-Louis Trintignant, The Conformist) stands between the innocent refugees and the greed and corruption that the bounty hunters represent. But, in this harsh, brutal world, the lines between right and wrong aren’t always clear and good doesn’t always triumph.

Featuring superb photography and a haunting score from maestro Ennio Morricone, director Sergio Corbucci’s (Django) bleak, brilliant and violent vision of an immoral, honorless west is widely considered to be among the very best and most influential Euro-Westerns ever made. 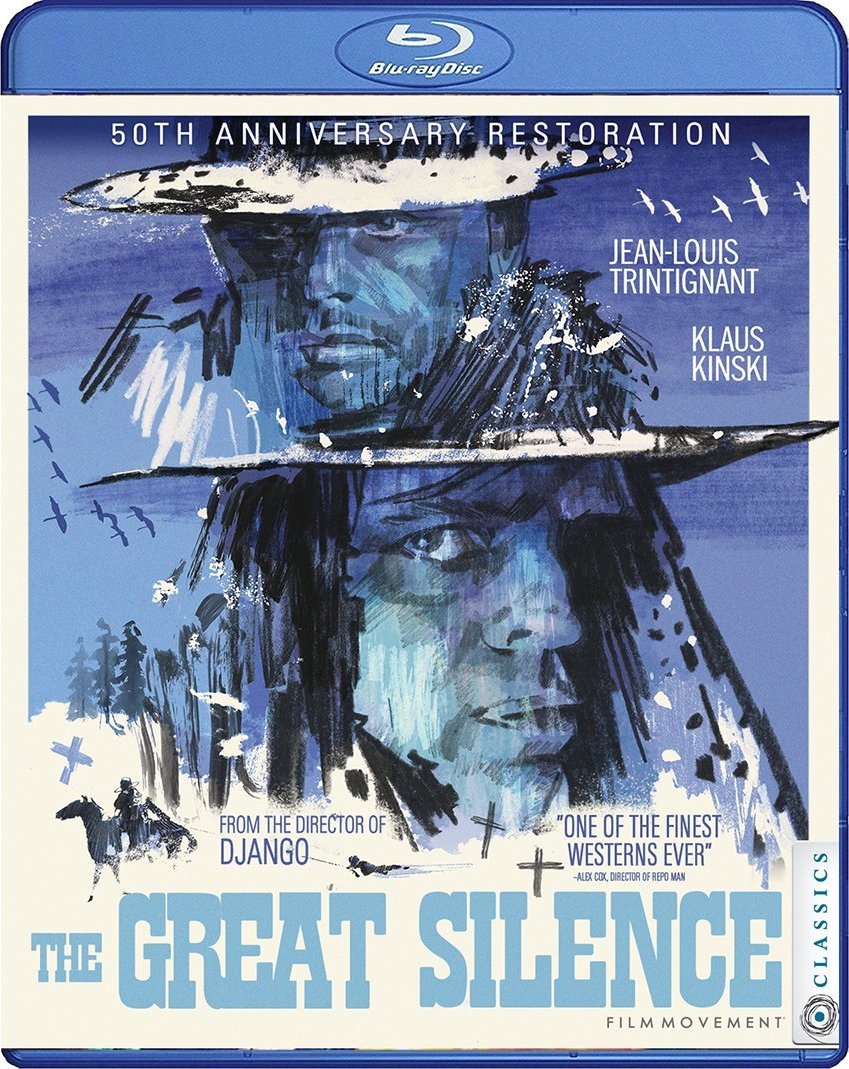