Once Upon A Time In The West (BluRay Review)

Sergio Leone‘s sprawling western epic Once Upon a Time in the West is not only a masterpiece of pure cinema storytelling but a post-modern tribute to all the westerns he loved. Infused with homages to classics such as High Noon, Johnny Guitar, Winchester 57, The Searchers and many others, Leone used Once Upon A Time in The West as both a re-imagining of the Western myth and a grand celebration of the genre.

The films main plot revolves around one special piece of land appropriately named “Sweetwater” which is owned by Brett McBain (Frank Wolff) an Irishman waiting for his new wife Jill (Claudia Cardinale) who is arriving from New Orleans to join him and his family. Brett’s daughter Maureen gets the big outdoor luncheon gathered for the festive party but the happy mood is violently shattered when Brett, his two sons and Maureen are murdered by a psychopathic criminal named Frank (Henry Fonda) who has been hired by railroad baron Mr. Morton (Gabrielle Ferzetti) to only scare the family into giving up the land to him so he could take over the enterprise that will turn their modest ranch into a shiny beacon of the new western frontier. The exuberantly chilling introduction of Frank and his men is one of the most memorable sequences in cinema history.

With her new family gone, Jill decides to sell off Sweetwater, but two men: an outlaw named “Cheyenne” (Jason Robards) and a mysterious drifter called “Harmonica” (Charles Bronson) appear at her door as the guardian angels that will re-ignite the flame that was extinguished with the death of Brett McBain. Cheyenne is a ne’er do well criminal, Harmonica has a personal score to settle with the sinister villain Frank that he must finally put to rest.

The film works as a kind of dance between the different scavenger-like characters as they circle each other, meet and part many times. At its core Leone’s mythical tale is about the birth of the new western frontier in the form of McBain’s Railroad Station and the violence and corruption that surrounds it. With every film he made Sergio Leone tried to create bigger and bolder ideas he wanted to convey through his visual genius. Once Upon A Time in The West is a particularly masterful work of carefully designed shots and orchestrated movements that show Leone’s vision on a scale that no other director since John Ford was able to bring to the silver screen. The end result is a cinematic spectacle that is breathtaking, a truly glorious love letter to the Western.

The score by Leone’s composer extraordinaire Il Maestro Ennio Morricone is one of his all time greatest projects, bringing an operatic grandeur not heard before in the western. He would continue to explore this with the 20th century urban crime counterpart to this film: Once Upon a Time in America.

Charles Bronson as Harmonica: One of his most iconic roles. Harmonica is a quiet almost supernatural like figure. He drifts in and out of the scenery like an apparition playing an eerie lamenting tune on his instrument which gives an ominous mood, telling us something deadly is coming.

Jason Robards as Cheyenne: A scruffy western outlaw and self confessed bastard whose mother was the “biggest whore and the most wonderful woman”. His theme is a funny, off key banjo and whistle based tune that perfectly represents his worn out demeanor with its easygoing sound punctuated by comedic twangs.

Claudia Cardinale as Jill McBain: A beautiful, exotic ex-prostitute who represents the seedy side of life and redemption via the classic madonna/whore characterization. Jill is an abused figure but someone that shows how she can endure anything and come out the other side with pride. Her theme a gloriously elegant piece sung by Edda Del’Orso that seems to lifts the film every time it’s played.

Henry Fonda as Frank: Fans of Fonda were truly shocked to see him playing a maniacal killer in this film since he was always known for playing good guy/All American types in movies such as Young Mr. Lincoln and The Grapes of Wrath. His bright sparkling blue eyes actually create an even more disturbing, evil touch to the character. His theme called “The Judgement” is sort of a companion piece to Harmonica since the two characters are connected.

Gabrielle Ferzetti as Morton: A crippled businessman suffering from a bone disease who lives on a train where he oversees the plan to take McBain’s land. Morton is barely in control although he owns so much. An interesting character that is financially powerful but also weak healthwise.

Theatrical Version: This original unrestored cut is missing a scene with Frank that is in the restored version making its running time about a minute less at (2:45:24).

Restored Version: The newly remastered edition of the film brings details to an amazing level. It has never looked as perfect in a home video format as it does here. This version was overseen and made possible by The Film Foundation, The Rome Film Festival in association with Sergio Leone Productions and Paramount Pictures. (2:46:01).

Picture: Paramount has done an amazing job with this Blu Ray presentation and have proven they are the best as restoration of classic films. This movie in particular looks incredibly beautiful because of the attention to it’s photography by Delli Colli and Leone. The transfer picks up the most smallest details yet keeps the original prints celluloid grain giving it a welcome non-modernized look. From the expansive landscapes to the extreme close ups of faces Leone was so fond of, the picture is a simply a joy to experience in hi-definition.

Audio: Presented in 5.1 DTS-HD. The soundscape in Once Upon a Time in the West was another main component, from the opening sequence with it’s naturalized score featuring the annoying squeaking windmill and chirping birds to the trains chugging and belching smoke in the backgrounds of scenes, the audio tracks come through vivid and crisp, heightening the cinematic experience to a level any audio afficionado would be extremely satisfied with.

Extras: Audio Commentary with Contributions by: Historians Sir Christopher Frayling & Dr. Sheldon Hall and Directors: John Carpenter, John Milius & Alex Cox; An Opera of Violence: Interviews with Sir Christopher Frayling, Cinematographer Tonino Delli Colli, Directors John Carpenter, John Milius, Alex Cox and 1980s interview footage of Sergio Leone as we learn more about the making of the film. The Wages of Sin: A continuation of the first featurette in which there is more information described on the film’s inherent themes and what went on behind the scenes. Something To Do With Death: The final installment of the unconnected three part featurette sheds more light on the filmmaking style of Director Sergio Leone, the use of sound and music, the incredible editing, its legacy and more. Railroad: Revolutionizing The West; A short educational featurette that examines the early history of the American railroad. Locations: Then & Now; A pictorial gallery that shows the locations as they were when the film was shot and how they look in modern times. Production Gallery; Theatrical Trailer (HD)

International visitors: Click here for an overview of internationally available versions of this BluRay disc.

Buy Once Upon A Time in The West – Region A BluRay 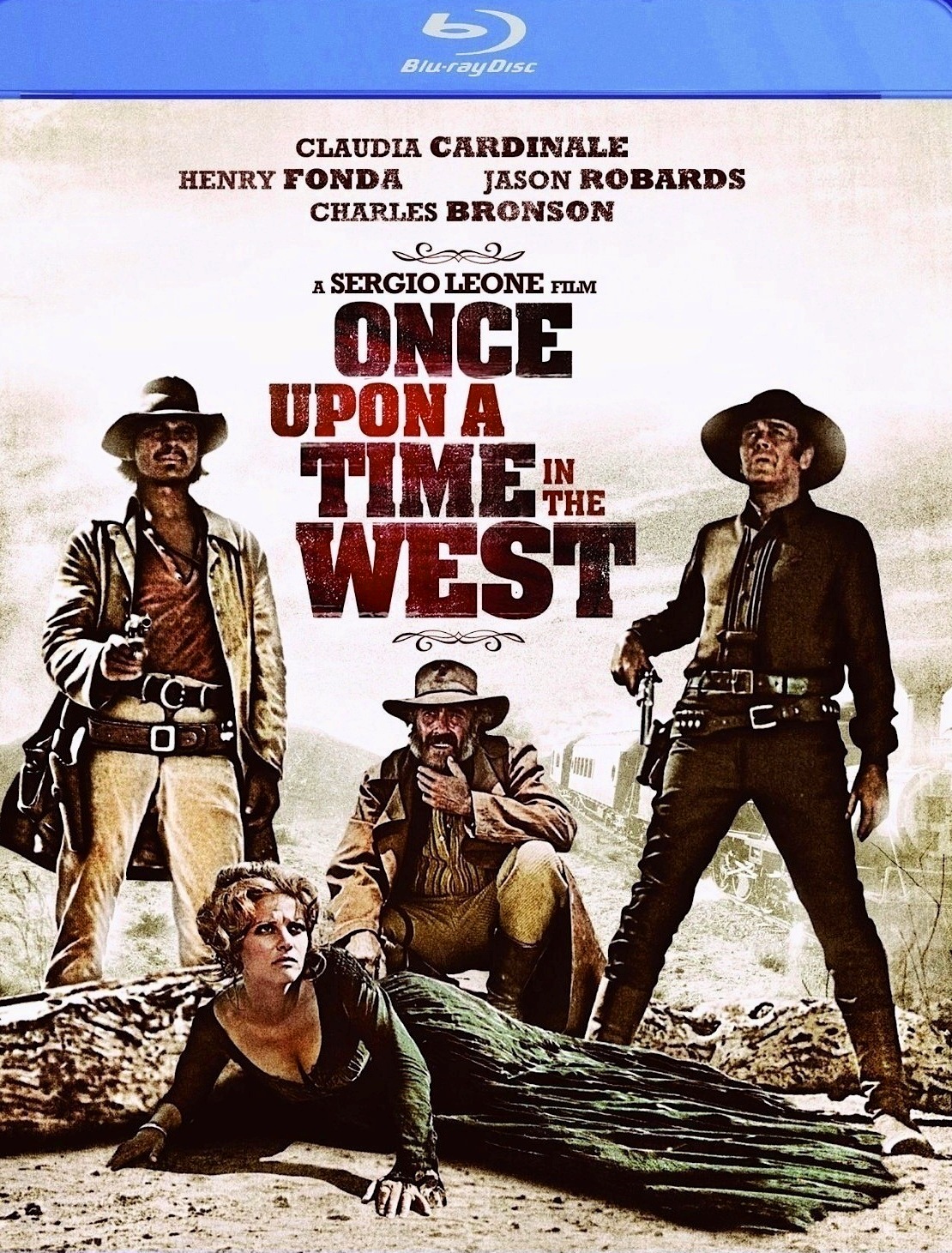