One of the overlooked action-adventure classics of the 1960s, DARK OF THE SUN will finally be getting a long overdue release on hi-definition BluRay from Warner Archive.

I first learned of the film when it was screened at the Quentin Tarantino Film Fest in Austin where it earned rave reviews from attendees. QT would later use the score by Jacques Loussier for his own war film Inglourious Basterds in 2009. The director of the movie, Jack Cardiff, who was a legendary cinematographer for Powell-Pressburger (The Red Shoes) delivered a visually bold, brutal, visceral men on a mission thriller. It gets our highest recommendation.

Synopsis: Take elite commandos, send them on a do-or-die assignment – and sit back and watch the action explode. The men-on-a-mission formula that worked in 1967’s The Dirty Dozen and Where Eagles Dare (released in the U.S. in 1969) provides another salvo of volatile screen adventure with this strike-force saga released in 1968. Rod Taylor and Jim Brown are among a mercenary unit rolling on a steam train across the Congo, headed for the dual tasks of rescuing civilians imperilled by rebels and recovering a cache of diamonds. The film’s violence is fierce, unforgiving, ahead of its time.

Featured in our 10 Mad As Hell Mercenary Films list 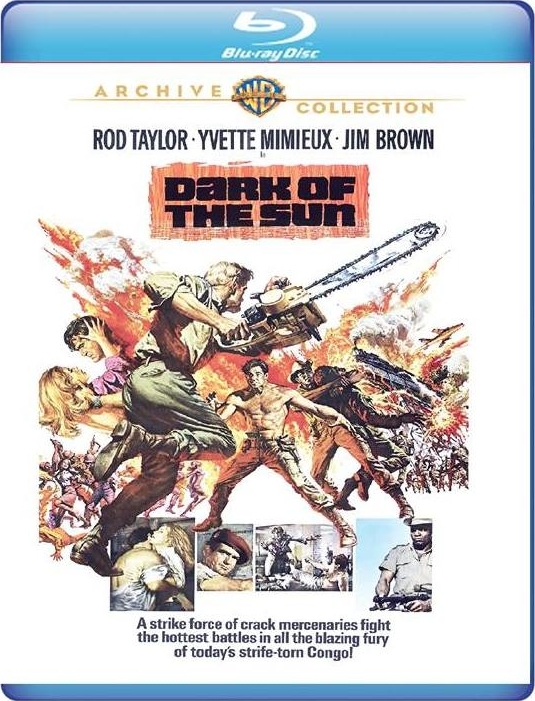