A Quiet Place is one of those films that reminds you that there are still many good horror films to be made. Place it squarely in the category of Get Out as an original creative endeavor: one that borrows from the past and leads you down expected roads but adorns those roads with new and exciting terrain. 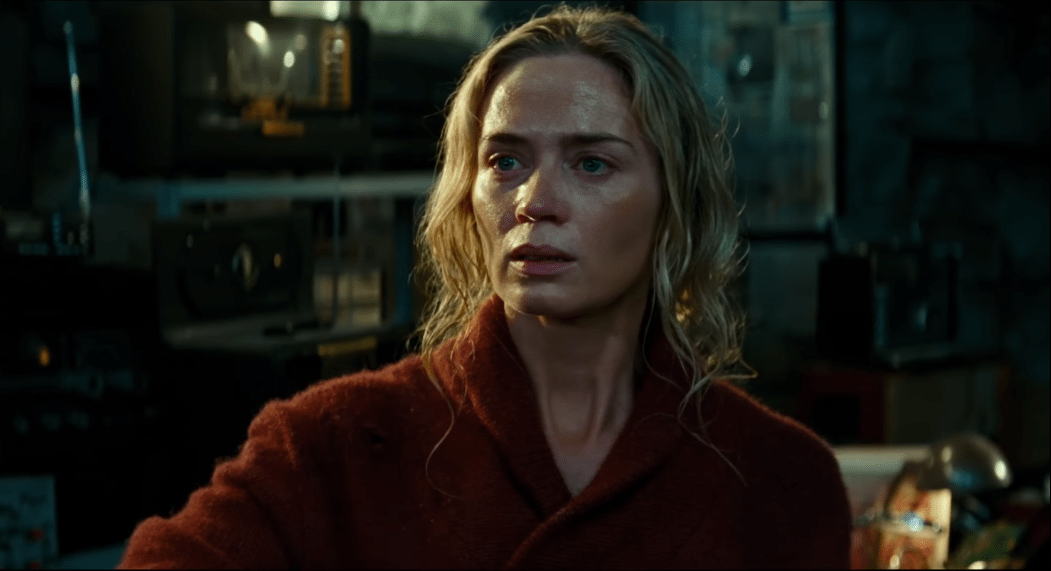 On a post-apocalyptic farm somewhere outside of New York City, a family struggles to survive. Lee Abbott (John Krasinski) and his wife Evelyn (Emily Blunt) are expecting an addition to their (beleaguered) family. They already have three children; sons Beau (Cade Woodward) and Marcus (Noah Jupe), and willful daughter Regan (Millicent Simmonds).

The Abbotts live in a world where noise—even the faintest—results in certain death. Newspaper headlines inform us that, along with humans, aliens are now occupying earth. They are slimy, outsized monstrous creatures that although blind, have no problem locating and killing their prey: humans. The way humans are tracked is by the sounds they make. 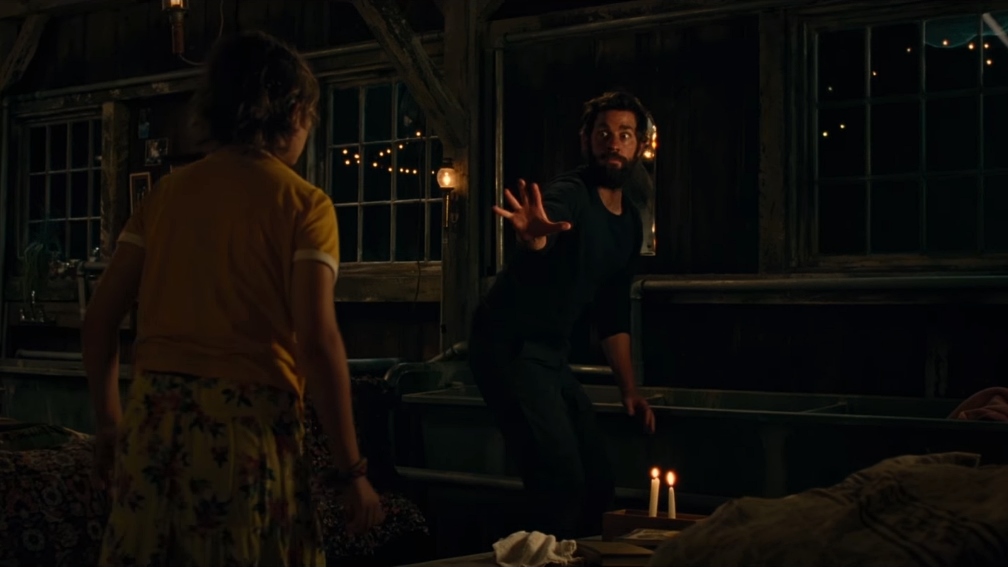 A life without talking, especially if you have the ability to do so, is a fresh on-screen challenge and the Abbotts have been living more than a year and a half taking careful note of their every breath and move. Their commitment to silence was strengthened by personal tragedy: the family watched helplessly as the youngest, Beau, forgot himself. Momentarily lost in being what he was: a child, he couldn’t resist setting off a toy rocket’s siren. The result was swift, gruesome and deadly.

Will there be more bloodshed? Evelyn is pregnant and expecting any day now (another fresh cinematic twist). You can’t keep a woman from screaming during childbirth and you can’t keep a newborn baby from crying. So, how will they? Personal sacrifice is one of the many themes in A Quiet Place. So is fear of the unknown, the benefits of ingenuity and the survival of the fittest. 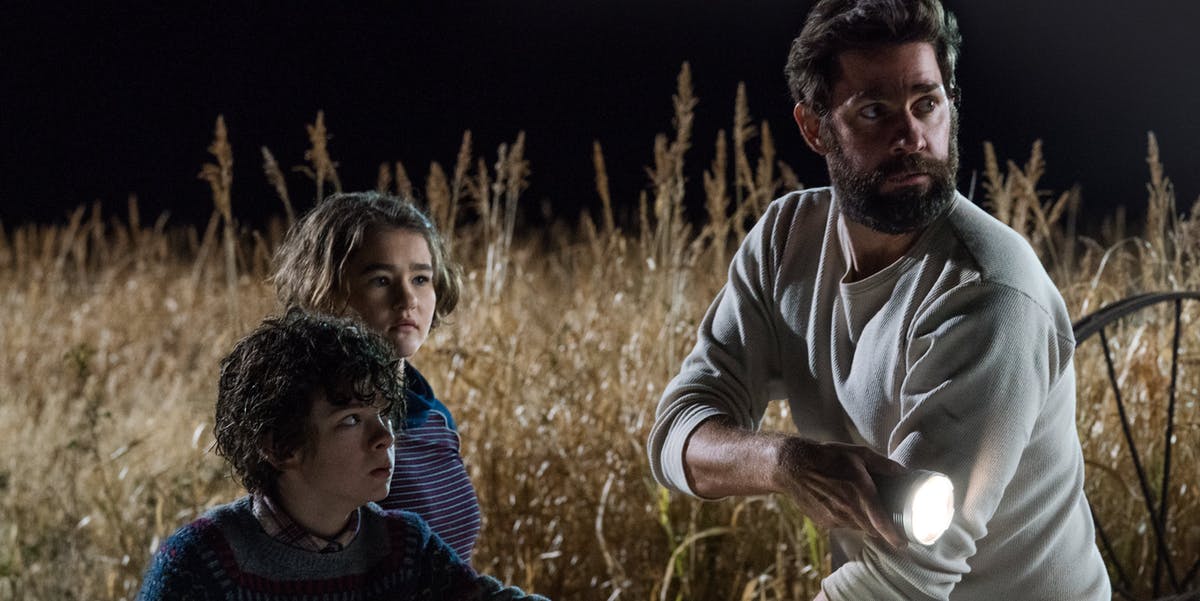 A Quiet Place’s behind-the-scenes details make the film even more interesting. John Krasinski is both the picture’s star and a co-scriptwriter (along with Bryan Woods and Scott Beck); actress Emily Blunt is both Krasinski’s on-screen and off-screen wife; and Simmonds, who plays guilt-ridden daughter Regan (she gave her brother the noisy rocket) is, in real life, deaf: as is her character in the film.

Stellar photography, a haunting score, expansive locations, and a heinous tribe of state-of-the-art creatures don’t hold a candle to this films’ real feat: the presentation of more than ninety minutes of film with hardly a word spoken. Alfred Hitchcock called this “pure cinema.”  The filmmakers have masterfully succeeded in keeping you rapt: agonizingly present at every terrifying, heart-stopping and heartbreaking turn.

Top notch emotionally charged performances share space with truly horrifying monsters from another world: and it all looks too real. A Quiet Place is exemplary work: acutely aware, original, succinct, modern and perfectly paced. Keep an eye out for the Academy Award nominations next year.