A Tribute to Roger Moore Pt. 3: THE CANNONBALL RUN

We already looked at two of the best Bond movies during Roger’s career so this final entry is going to be something completely different. Since he was world famous due to his role as 007, Roger appeared in many other films during that period as well. Perhaps the most well-known is The Cannonball Run from 1981. This was a monstrous hit in the USA and was co-produced by Golden Harvest, the famous Hong Kong movie studio that had made several English language crossover films like Enter The Dragon and The Man From Hong Kong (which is one of my all-time favorite exploitation films). Unfortunately, this was a film that critics hated.

Here’s how Roger Ebert began his “half-star” review for this film:

“The Cannonball Run is an abdication of artistic responsibility at the lowest possible level of ambition. In other words, they didn’t even care enough to make a good lousy movie. “Cannonball” was probably always intended as junk, as an easy exploitation picture. But it’s possible to bring some sense of style and humor even to grade-zilch material. This movie doesn’t even seem to be trying.” 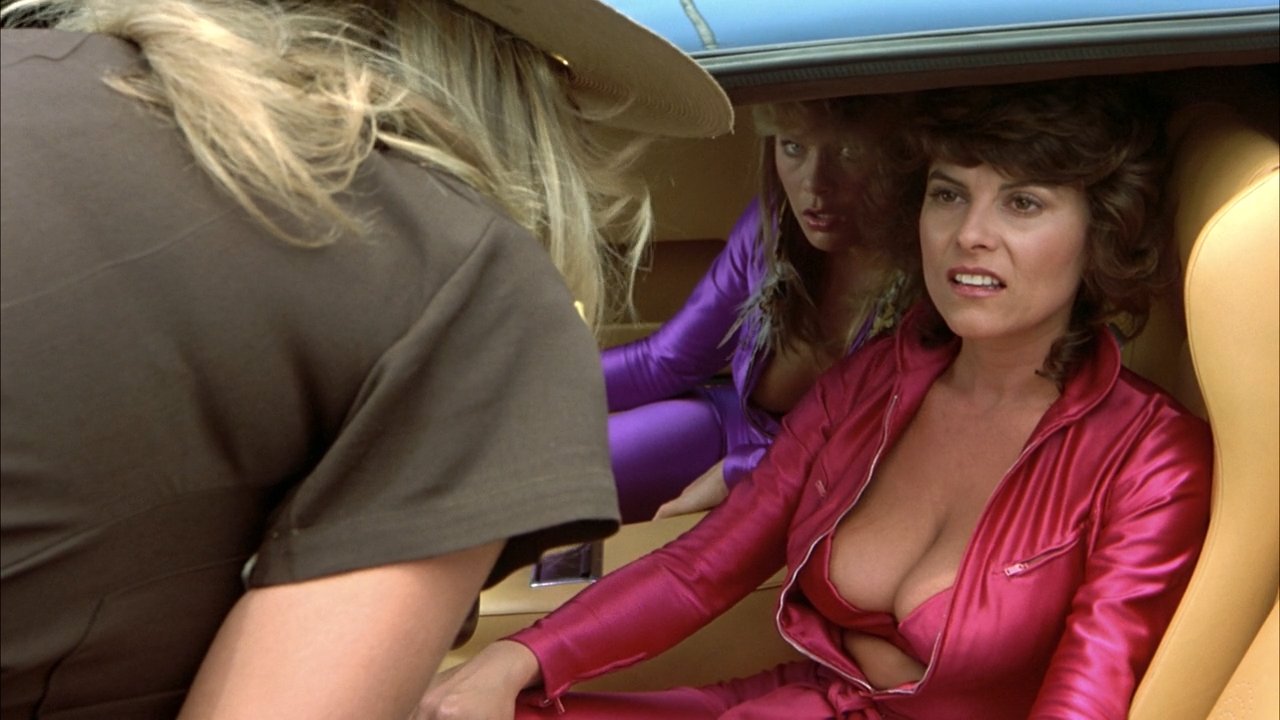 There’s not much to say about the plot. The story is about an illegal race from New England to Los Angeles and there are racers from all over country. It cuts back-and-forth between the each of the main characters during the race. Some are nice. Some are insane. Some drive me nuts. And some try to stop the fun. Since there are lots of colorful characters, here’s my list of favorites:

JJ. and Victor (played by Burt Reynolds and Dom DeLuise respectively): These are the “heroes” of the film (who drive an ambulance). Unfortunately, there’s not much to say about JJ. Although he offers a nice reference to Smokey and the Bandit (we’ll talk about this later), his character is bland and Burt looks tired all the time. I’m not sure whether he was sick of playing annoying characters or was because of this reason he gave at the end of 1981 to the New York Times:

“I did that film for all the wrong reasons. I never liked it. I did it to help out a friend of mine, Hal Needham. And I also felt it was immoral to turn down that kind of money. I suppose I sold out so I couldn’t really object to what people wrote about me.” 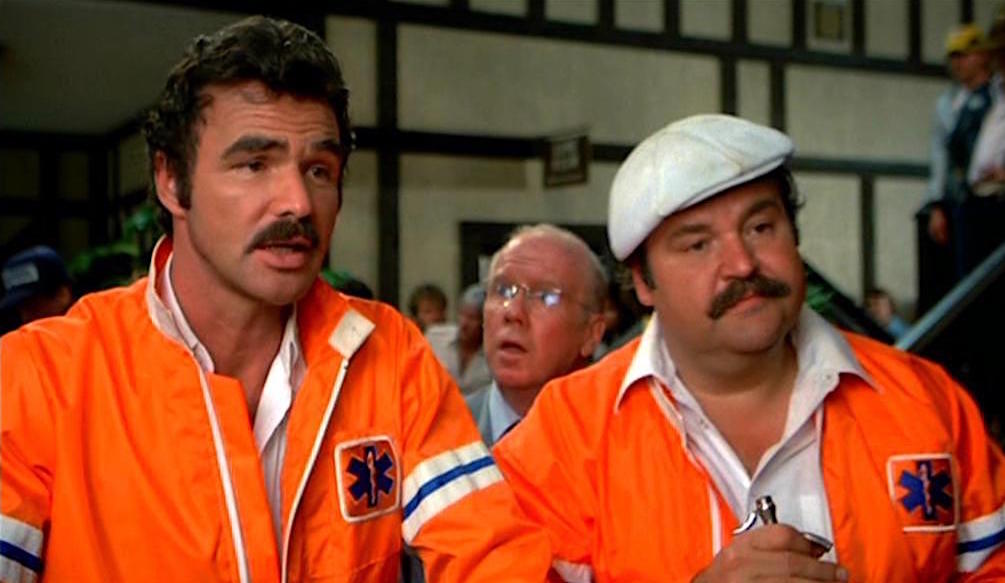 It’s pretty sad when you can tell that a particular actor doesn’t want to be there by looking at his performance. On the other hand, we have Victor. At first, he was the one that I hated the most. He acts, thinks, and talks stupidly. But when he reveals his background, that’s when I started to think positively about him. As a kid, he was bullied, so he came up with the idea of a “Captain Chaos” character to fight the bad kids. Since he still likes it a lot, he sometimes wears it around in front of JJ. This may sound dumb, but later on Captain Chaos is the one who saves the day. 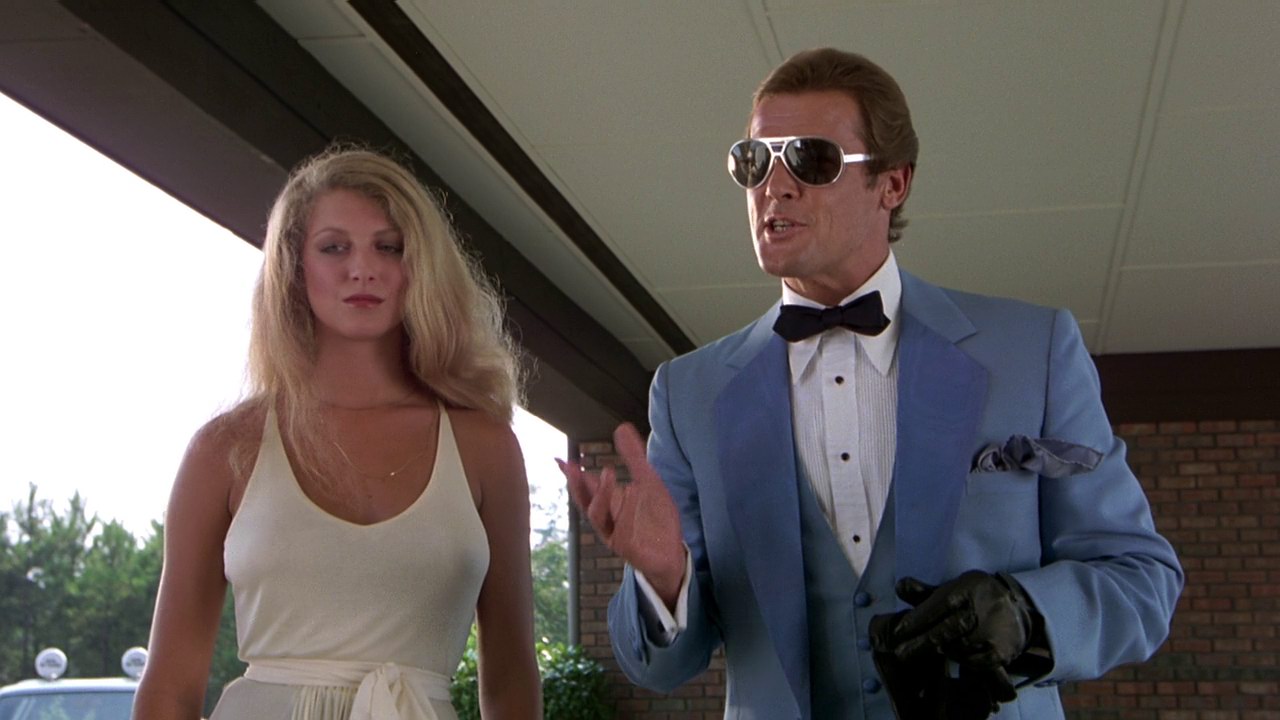 – Marcie and Jill (played by Adrienne Barbeau and Tara Buckman): Two hot chicks in spandex driving a Lamborghini Countach. What more can you ask for in a film? Their gimmick is that Marcie will randomly unzip her dress to reveal her cleavage. This might not be the best Adrienne Barbeau movie ever (see The Fog or Escape From New York), but she had a good time for sure. By the way, whatever happened to Tara Buckman? She looks good and could’ve been another big star in the 80’s too.

– Jackie Chan and Michael Hui: They don’t really have character names. But who can forget these two talkative Asians in the high-tech Subaru GL? I’ve seen an old Jackie Chan documentary hosted by Jonathan Ross and they showed a Hong Kong trailer for The Cannonball Run (which is better than US one). If I remember correctly, the host says that this was the first attempt by Golden Harvest to duplicate the stardom of Jackie with global audiences. Since this film already had lots of popular actors, that plan didn’t work so well. He’s more or less correct since Jackie spends most of the time talking (or arguing with Michael) in Chinese and has only one or two fight scenes. 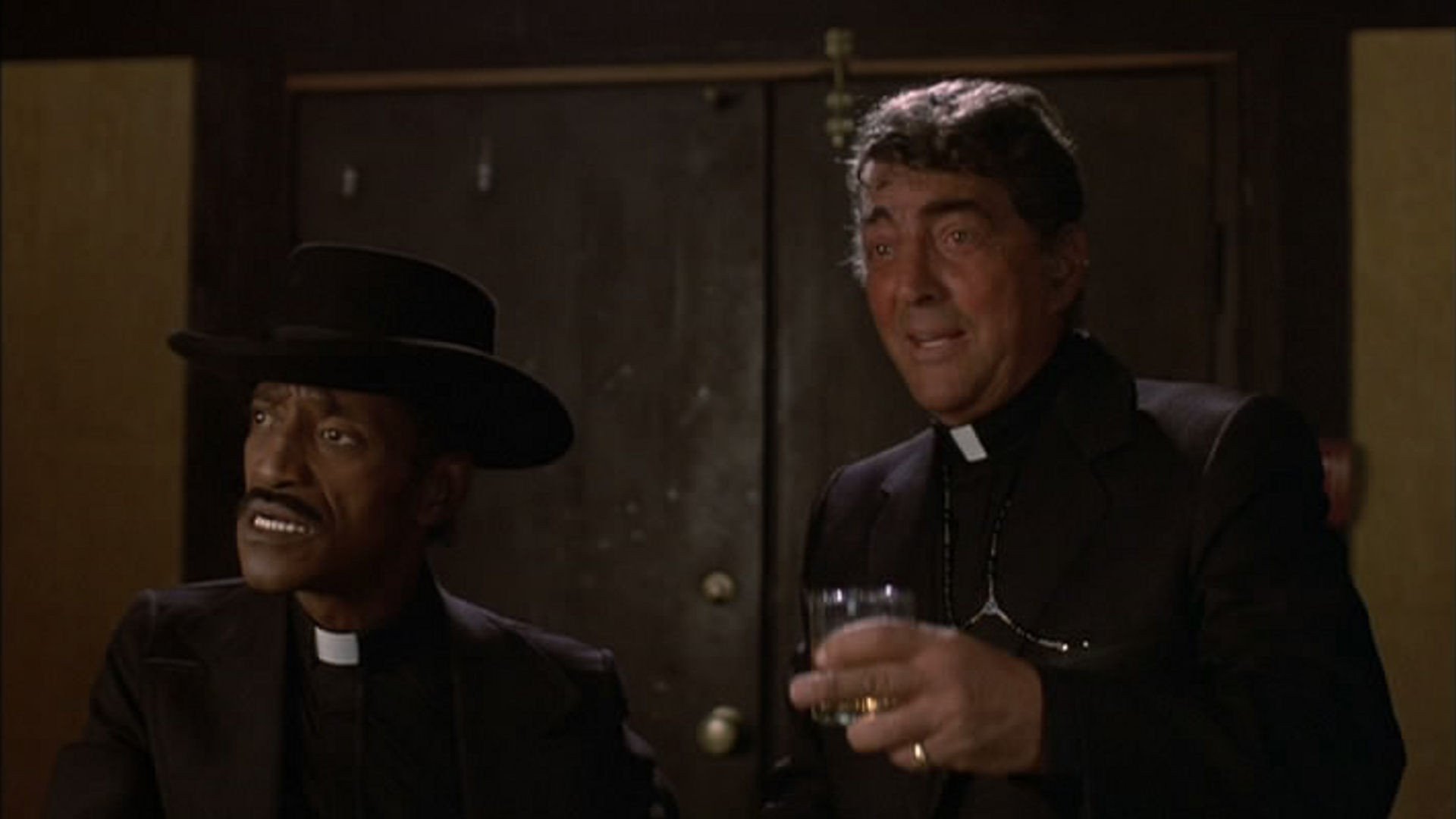 – Seymour Goldfarb, Jr. (played by Roger Moore): And here he is, the real star of the film. To me, he’s the most interesting character. I mean, I know that almost every character has no depth or reasonable motivation, but this one is the funniest among all of them. It turns out Seymour is a rich playboy who thinks he’s a movie star named Roger Moore. He always talks like he’s the real actor and sometimes it terrifies his mom! The first scene that he appears in shows him talking with her. While his mother persuades Seymour to drop this actor/spy schtick, he refuses and even points his Walter PPK at her…and then shoots! Of course, it’s just a toy gun, but this shows the audience how insane the guy is.

Along with the race, there are several girls who ride with him in his Aston Martin DB5 (ironically, Roger never drove this model during his 007 days. It’s Sean Connery who spins its wheels in Goldfinger and Thunderball). Seymour likes to impress (or brag) about his acting career by saying everything we already know about Roger. From joining the army to his TV series (like The Saint) to his role in spy movies, he’s just totally into Roger Moore. And what makes it even funnier is that, yep, it’s played by Roger himself! It’s fun to see him joking about his Bond films and his life.

Speaking of pop culture, there are lots of references. There’s even tongue-in-cheek dialogue between J.J. and Victor when they try to think of which car they should drive….

For those that don’t know, this is a reference to Smokey and The Bandit, another famous Burt Reynolds film. 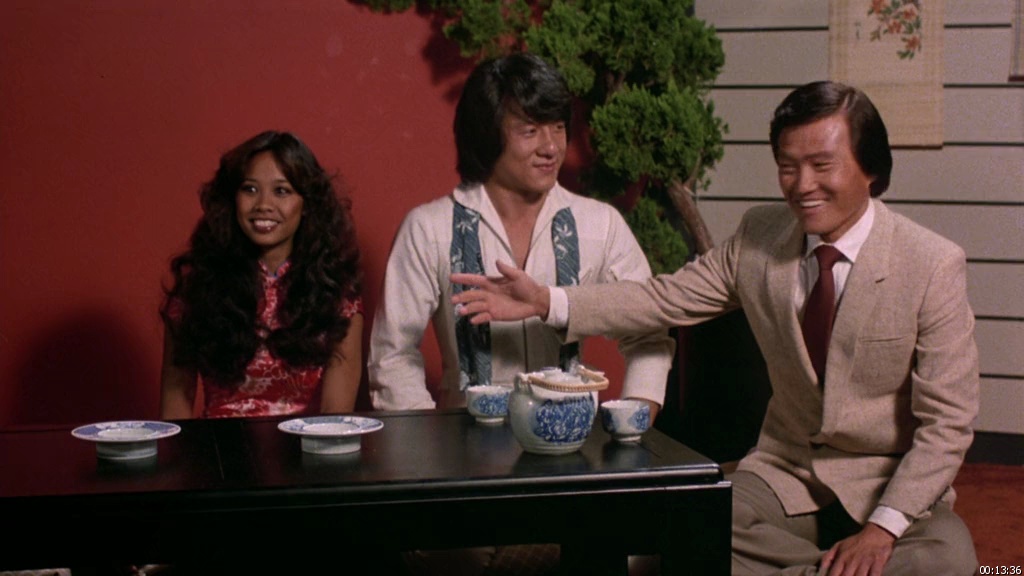 With the very light plot and amount of comedic moments, it doesn’t really matter who’s going to win the race. The Cannonball Run is a film that you shouldn’t take too seriously. Sure, it’s not as good as Smokey and The Bandit or even Death Race 2000, but it’s a fun time that you can enjoy while drinking with your friends or while having a party. Say what you want, at least it’s much better than Smokey and The Bandit II, from the same director and is the worst film in the Smokey franchise (in my opinion).

This is the end of our three-part Roger Moore tribute here at Furious Cinema. The three films I picked are good examples of Roger in different styles. From being a comedic-yet-reliable spy in The Spy Who Loved Me, as an intense spy in For Your Eyes Only to a slick parody of himself in The Cannonball Run, they should sum up more or less why we like him. We hope you enjoy these movies along with my reviews.