THE BANDIT is a celebration of film and friendship

Jesse Moss’ 2016 boisterous documentary THE BANDIT works on two levels. On one its a glowing celebration of the 1977 Southern Fried action-comedy classic SMOKEY AND THE BANDIT, on the other it’s a look at the meaningful friendship between star Burt Reynolds and director/stuntman Hal Needham. The movie speeds along at a rapid pace, much like the iconic black and gold Trans Am that Burt drove in the movie. We get to see the colorful history of both Burt and Hal’s early careers and how they finally intersected and created one of the most popular movies of the 20th century.

Burt Reynolds was a good ol Florida boy whose father, the Riviera Beach chief of police, brought him up in a strict fashion. It was evident that their stormy relationship affected him greatly in his life. Burt had been a football star in high school but after an injury while attending FSU he was sidelined. Burt wasn’t even into drama class but something clicked when he got on stage. When his junior college drama teacher oddly chose him for a part in the play Outward Bound, he won the 1956 Florida State Drama Award for his performance in the play. It was certainly clear from this event that he had a flair for being a showman. Following a stint doing summer stock, Burt held several odd jobs but soon he was on the path to acting professionally appearing on TV series like Riverboat and Gunsmoke. While on the set, Burt seemed to gravitate to the stunt performers who were mostly athletes like he had been. He took an interest to this side of the entertainment business, even doing some stuntwork himself. It was here that he met Hal Needham, who would double for him, and the two became fast friends. 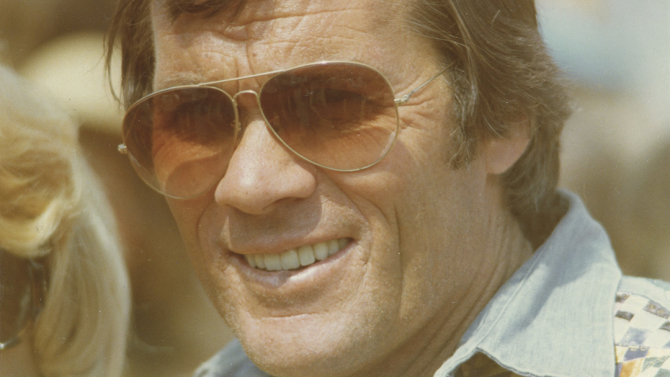 Hal Needham (1931-2013) grew up a poor farmer in the Midwest. After serving in The Korean War as a paratrooper he decided to move out to California and get into the film business. His chosen profession was working as a stuntman. Like Burt he got his start on TV Westerns and his first big break was Have Gun Will Travel where he doubled for star Richard Boone. Throughout the 60s and 70s he worked on such films as How the West Was Won, The Bridge at Remagen, McLintock!, The War Lord, and Little Big Man. In 1971, along with fellow stuntmen Glenn Wilder and Ronnie Rondell, Hal founded Stunts Unlimited. These guys were the wildmen of the film industry as they truly lived on the edge in about every aspect you could imagine. When Hal was later kicked out of his own house, he moved in with Burt. What was planned to be a brief stay turned into an 11 year residence in Burt’s guest house. Those days were clearly a very fun time for the pals as they partied a lot and had a steady stream of ladies to entertain. 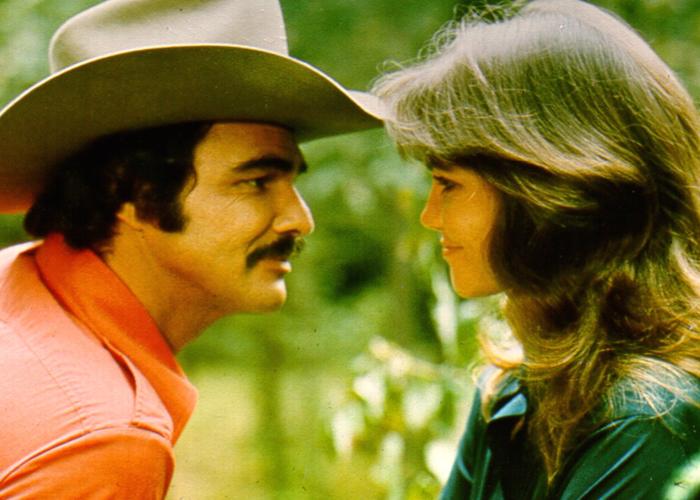 Although Hal loved and excelled in doing dangerous stunts he had another ambition and that was to be a film director. The early inspiration for his script Smokey and The Bandit came from a real life incident involving Coors beer which had been supplied on one of his films. It turned out in the 70s, Coors was unavailable for sale east of Oklahoma. This strange law became the motivation for the plot about two wealthy Texans named Big Enos (Pat McCormick) and Little Enos (Paul Williams) Burdette to seek out a trucker nicknamed the “Snowman” (Jerry Reed) and his best pal Bo “Bandit” Darville (Burt Reynolds) to break the law and transport the foamy booze from Texarkana, Texas to Atlanta Georgia in 28 hours. If they succeed in pulling off this crazy scheme they will get $80,000 smackeroos. Being up for anything, Bandit and Snowman accept the challenge and they hit the road. On their way they unfortunately attract the attention of the cantankerous Texas sheriff Buford T. Justice (Jackie Gleason) the “Smokey” (trucker slang for police) of the title. Bandit gets a co-passenger in Carrie aka “Frog” (Sally Field) a runaway bride who leaves Justice’s goony son Junior (Mike Henry) at the altar. This provided the movie with its romantic angle. The chemistry between Burt and Sally was right there and had an immediate electricity and tenderness.

Smokey and The Bandit became a smash hit when it was released in 1977. It was produced on a minor budget of only 5.3 million and went on to gross $126,737,428 in North America (second-highest grossing movie of 1977). The worldwide gross is estimated at over $300 million. Burt and Hal were on top of the world, the two good ol boys had made good.

THE BANDIT features both recent and archival interviews with Burt, Hal and their friends/co-workers Paul Williams, Jackie Gleason, Hal’s son David and Sonny Shroyer. If you love the wild n’ crazy 70s era of movies, you’ll want to check out this highly entertaining documentary!