Strange the outrage that has accompanied the release of Bruce Willis’ 2018 update of 1974’s Death Wish. The original starred Charles Bronson, an engaging non-actor who deftly presented an everyman’s dilemma: what to do with the emotions left behind by the rape and murder of your wife and daughter. The new version asks many of the same questions. As the poster art makes unflinchingly clear: “How far would you go to protect your family?” 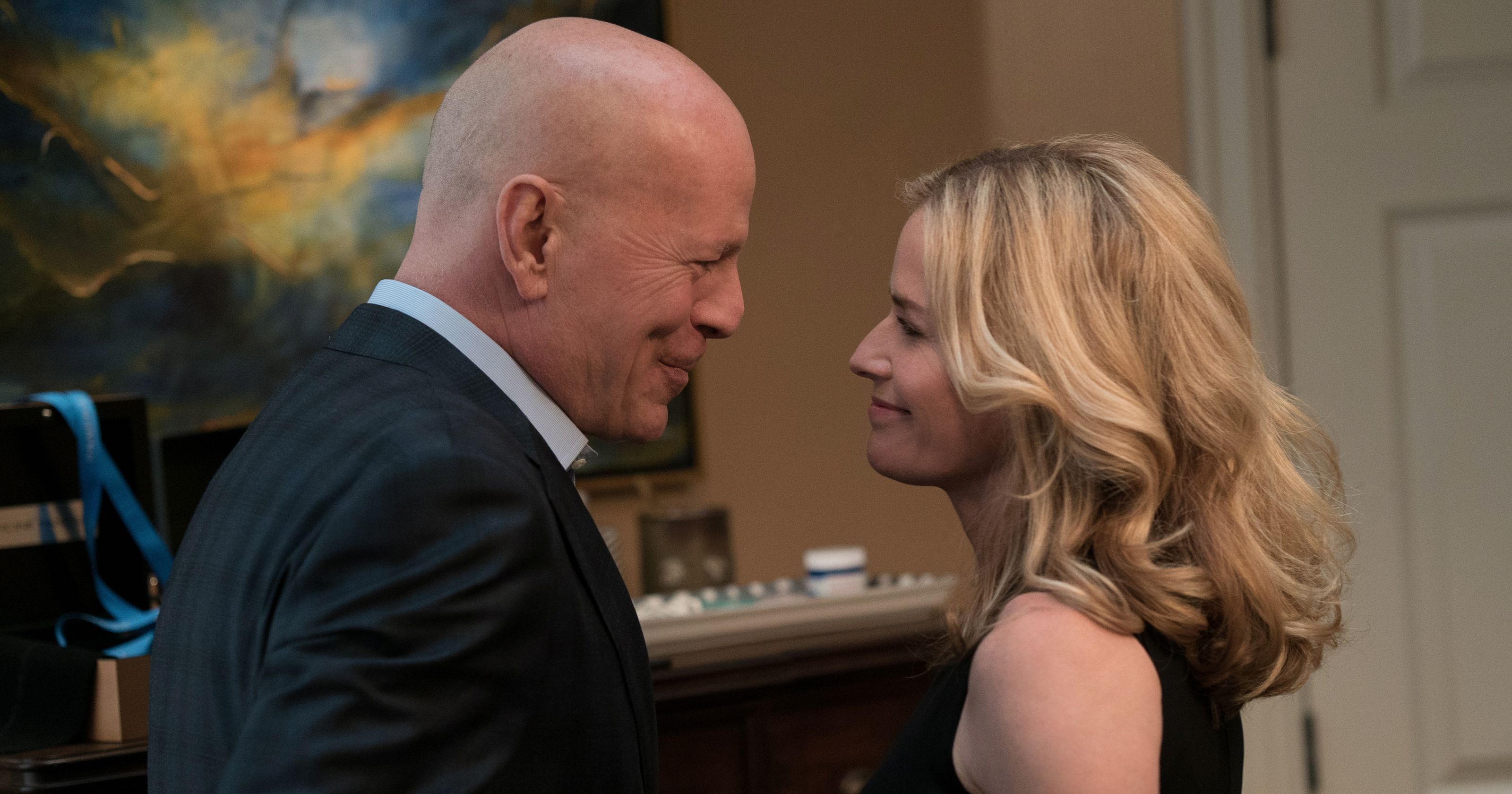 Bruce Willis is Dr. Kersey (AKA “The Grim Reaper”), a mild mannered—for a time at least—exceedingly compassionate surgeon who, following personal tragedy, goes through a dramatic transformation, dons a hoodie, and becomes the number one story on the nightly news. It’s not so much that he devolves into a vigilante murderer—as did Bronson in the original Death Wish, it’s that he’s a concerned, highly educated citizen: a man used to saving lives and now finds satisfaction in taking them. 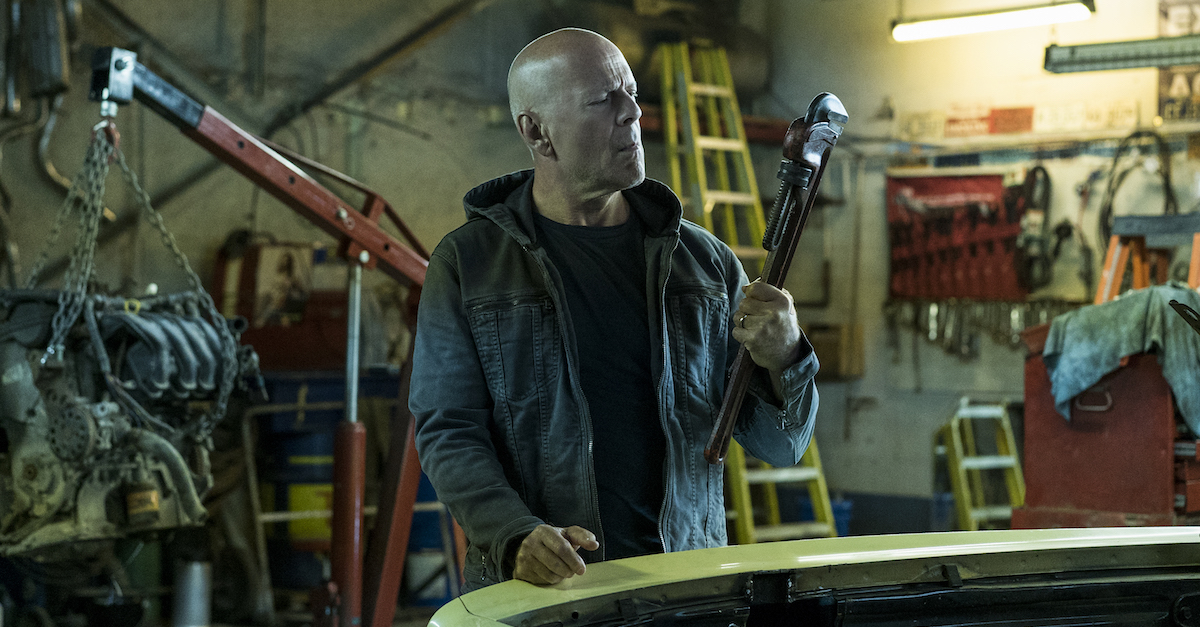 Willis is perfect in the lead: present, natural and, yes, a movie star. The supporting cast is less convincing. Model-turned-actress Camila Morrone as Jordan, Kersey’s headed-for-college daughter is quick with the tears and shaky voice but, frankly too modely. Elizabeth Shue as Kersey’s wife Lucy fairs better: but not much. We root for her because she is the first to recognize the signs of a home invasion; but we don’t really care. As strong as Willis in a pivotal supporting role is Vincent D’Onofrio as Kersey’s fumbling under-employed, brother Frank. We like Frank, mostly because he’s a big-hearted outsider; a man who also figures things out before anyone else. 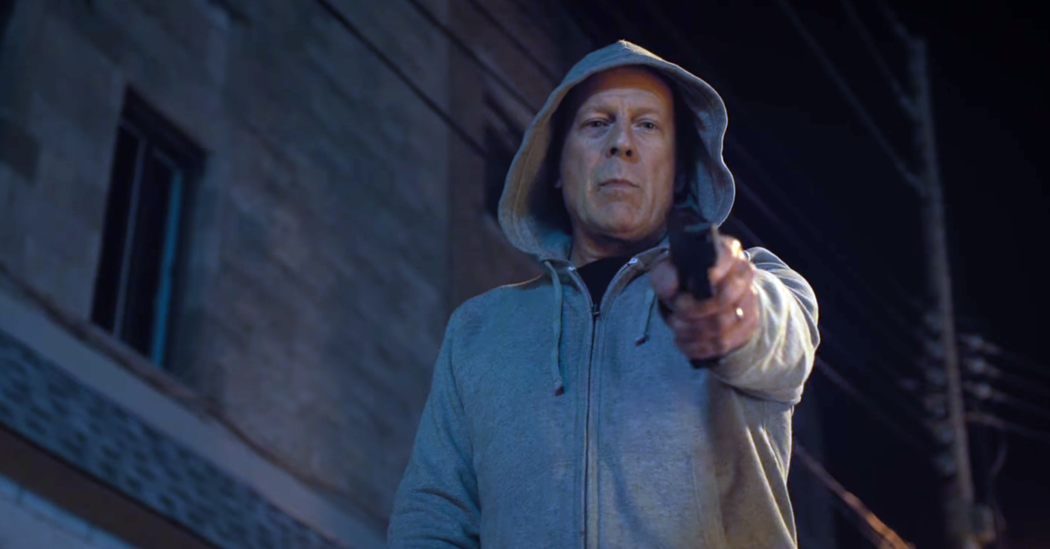 Death Wish 2018, embroidered as it is by a plot that incorporates the current worlds’ technology; cell phones, YouTube, omnipresent video surveillance and GPS systems, is not a glamorization of guns and/or a promotional spot for the NRA (National Rifle Association). Critics of the film are looking too deeply at what is meant to be a transitory entertainment. This is a video game-like concoction made for a teenage audience—not a social commentary. The picture’s blithe disregard for political discourse is quite refreshing: a throwback really to exploitation cinema’s heyday.

Worth a look—if only to discover whether or not Director Eli Roth transcends his popular Hostel franchise, Death Wish is a top-dollar, reimagining of a prescient cult classic. Chicago never looked so sleek, clean, glamorous—and, yes, deadly.