Legendary Musicians in Movies: THE DOORS

Welcome back to our Legendary Musicians in Movies week! Last time, there was one thing I forgot to mention about The Buddy Holly Story. It’s the controversial lawsuit from two members of the Crickets (Buddy’s band), due to the usage of the band’s name and inaccuracies in the movie. (You can read about it here). This is the difficulty of making biopic movies. There’s no way you can create or include every important person or event within the limited time of two hours. Plus, you have to make the story attractive enough for viewers, which means that the screenwriter might exaggerate or fabricate something in the story for artistic or dramatic purposes. This is definitely not a problem for a film about someone who died a very long time ago (that’s why we have stuff like Abraham Lincoln: Vampire Hunter without complaints from Lincoln’s relatives), but it’s going to be the opposite in other cases. This leads us to the controversial biopic of Jim Morrison: The Doors (1991).

To be honest, I’ve heard only their hit songs (Light My Fire, The End, Touch Me, and Break On Through (To The Other Side) and never got a chance to either hear their albums in their entirety or read a book about Mr. Morrison himself. So this could be a great opportunity for me to take a look at the life of the legendary Rock star. Shortly before I started watching the film, I remembered comedian Denis Leary’s humorous video for MTV (as well as his No Cure For Cancer standup special) in which he talks about this film…

After we see the weird dream-like sequence of a car accident that Jim witnessed during his childhood, the film jumps to the mid-60’s when he quits studying film at UCLA and formed The Doors with his friends. As usual, what we are going to learn in this 140 minute movie involves fame, sex, drugs, friendship, and a downturn in his life. But one of the unique things about this film is the trippy editing, cinematography, and hallucinations that make some of the audience feel like they are smoking pot or dropping acid while watching the film. Seriously, one of my Facebook friends actually said that!

Let’s talk about the things I liked first. Val Kilmer’s performance here is top-notch. He makes us believes that he’s a drug and sex addicted guy throughout the film. Moreover, he sings live during the concerts and music recording scenes and his vocals are pretty similar to Jim’s. It shows us why, in case of music biopics, lead actors should be the ones who sing since the stage performances deal with not only dancing or how he/she walks around stage, but how the lead character sounds. Also, another thing I liked is that it reminded me of Fear and Loathing In Las Vegas (both the novel and the film) because The Doors shows the negative aspects of the counterculture movement of the 60’s. We see how too much drugs, alcohol and sex slowly ruined Jim’s relationship with his girlfriend and his performances. Unfortunately, this reflected how by that point the hippie movement was less about politics and protesting the Vietnam War and more about the drugs and sex.

On the other hand, I realized that this movie made me hate Jim Morrison. Why? The movie depicts him as an annoying person with no likable personality traits from the beginning. After we see him quit making his pseudo-art film at UCLA and finally forming The Doors, he does drugs and drinks even before signing a record deal with Elektra Records. And from that point on, Jim is nothing but a one-dimensional character who’s basically “Look at me! I’m a Rock star with deep a philosophical message maaaaan. Do you wanna get high with meeee?” for the rest of movie. There’s not much character development or anything interesting about him after that, except the fact he does more drugs, drinks more whiskey (these two things result in several insane performances on stage…and one of them depicts Jim flashing his penis in front of audiences), and has more sex (which disillusions his girlfriend even more, besides the two points I previously mentioned). Without believable reason in the beginning on why he takes drugs and alcohol or plot points to show his mental weakness, there’s no way audiences can relate or sympathize with our rock hero at all.

Remember what I said in the first paragraph of the article? Well, this is another time when historical inaccuracies sparked controversies among living people depicted in the film. Surviving members of The Doors said that real Jim Morrison wasn’t that chaotic all the time. Several Doors fans admit that they don’t really like the film due to bizarre depictions of events and people. The behind-the-scenes story goes this way: the surviving members of The Doors were invited to be technical advisors on the film. However, the director (Oliver Stone) refused to listen to them and decided to tell the story his own way. This is surprising to me since I recently watched his film JFK and, whether you believe in the conspiracy theory or not, you have to admit that at least he pays attention to historical details in terms of events and people. But here, it goes in a, well, quite opposite direction. 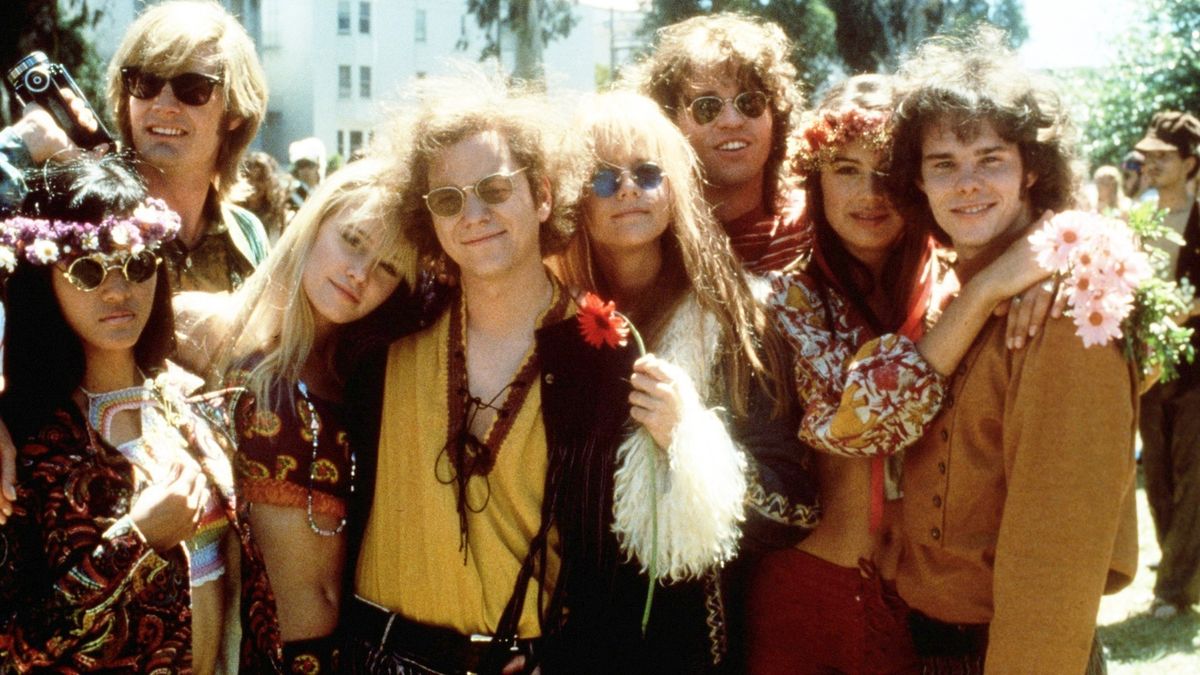 In the end (no pun intended), The Doors is still a unique experience for movie-goers. But for those who expect it to be 100% realistic or have a charming characterization of Jim might be disappointed with Oliver Stone’s storytelling.

Next time we’ll end this series of articles with the story of Brian Wilson, the famous creative force behind The Beach Boys.