Welcome back to our Legendary Musicians In Movies week! This time we’ll take a look at another Rock ‘n Roll pioneer from the 50’s. Although this guy might not be as famous as Elvis on the worldwide scale, he was one of the very first white people who became famous from doing Rock music and he has several memorable songs, such as “Everyday”, “It’s So Easy”, or “It Doesn’t Matter Anymore”. I consider the latter to be one of the greatest “F-you” songs of all time. That’s right. We’ll take a look at Buddy Holly’s life as depicted in the 1978 movie “The Buddy Holly Story”. As I mentioned last time, he’s one of my favorite musicians. I first discovered him back when I heard Weezer’s hit song “Buddy Holly”. It sparked my curiosity to find out more about this guy and that led me to a compilation called “20 Golden Greats” (a.k.a. Buddy Holly Lives) and I was complete blown away since all of his songs on that album are amazing and will attract anyone who have not heard of Buddy before. To this day, I sometimes play this album when I have to drive a long distance. It’s cheerful and calming at the same time. 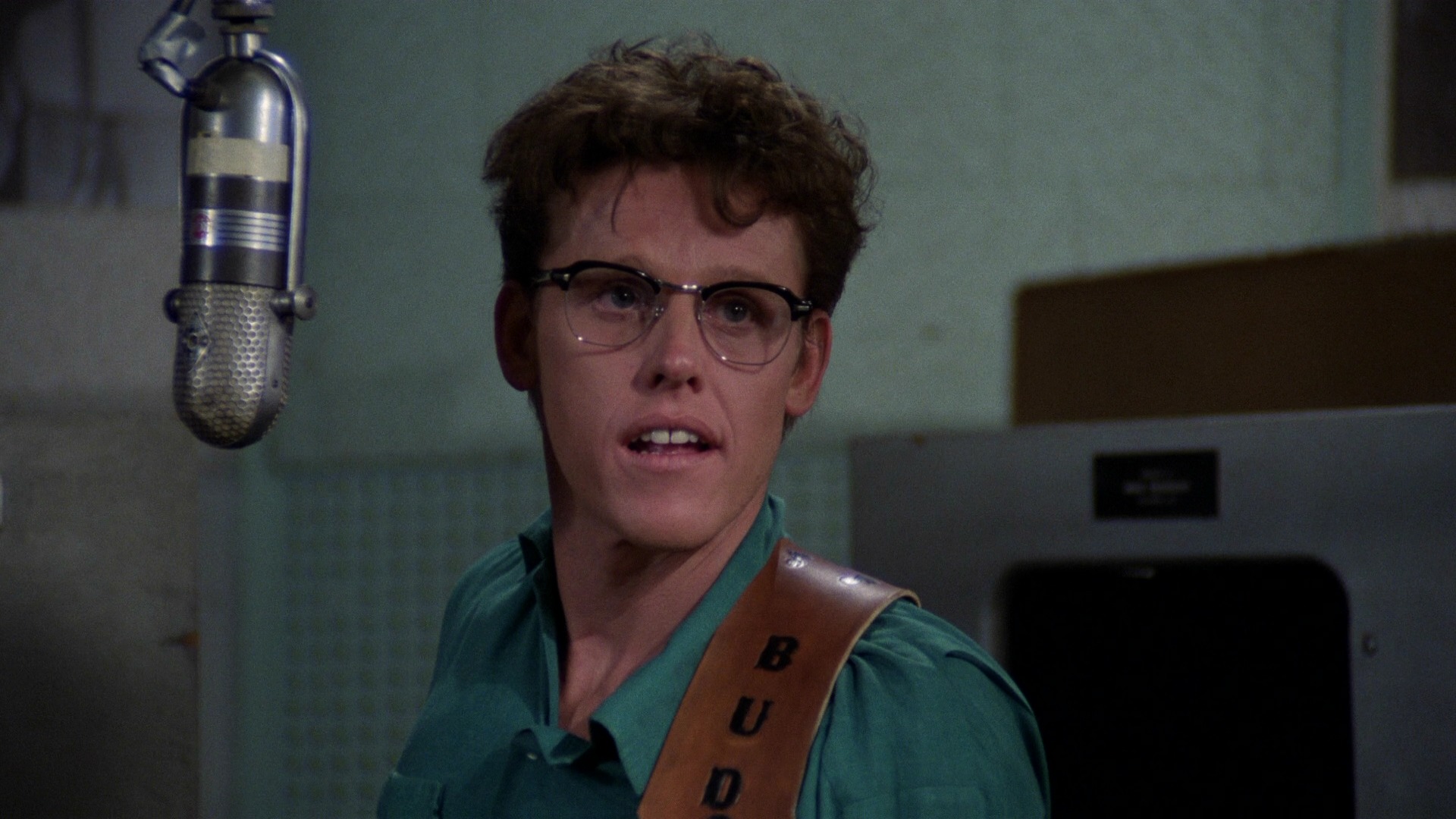 But let’s get on with the movie! This is a superb 2-hour story about Buddy that doesn’t even cover his childhood or the formation of his band. Instead, the film begins with their well-received performance in a roller skating rink. Although the DJ that airs this performance enjoys it, everyone in the town (from people who buy commercial slots on his radio show to pastor at the church) seem to hate this “Jungle” music. As I explained in my review of “This Is Elvis”, the mid-50’s was the time when some people believed that Rock music was threatening since it was created by black artists. Some of them even called it “negro music”! That’s exactly the problem that Buddy and his bandmates face in the beginning. Their popularity attracts a local producer in Nashville to invite them in for a recording session. Unfortunately, it was a Country music session (with violin and banjo) instead of three-piece Rock band because the producer believes that Country music is the only type of song that sells well. So, by this point, Buddy faces not only corporate censorship from the radio station, but also from the music producer. Luckily, a record label in New York hears his performance in the roller rink and wants to sign them. After that, we see Buddy’s journey that involves friendship, romantic love, and death.

For the story itself, it might be cliche to some critics since it has elements like fame, friendship, and a love interest, but isn’t this what usually happens to the band? Especially the friendship, we see one of the most common problems in the music industry: the imbalance of fame. After Buddy becomes more and more famous than his bandmates, the drummer slowly becomes disillusioned with the success and he cites this as one of the reasons he wants to quit the band, besides being away from their hometown. Shortly after that, Buddy is left alone to do the tour and he is nervous about it since there’s no friends to play with him or support him at all. But luckily, his wife encourages him to go out on stage again. Stories like this show us once again that money and fame aren’t everything. It’s support from friends and significant others that drive us through obstacles in our life. 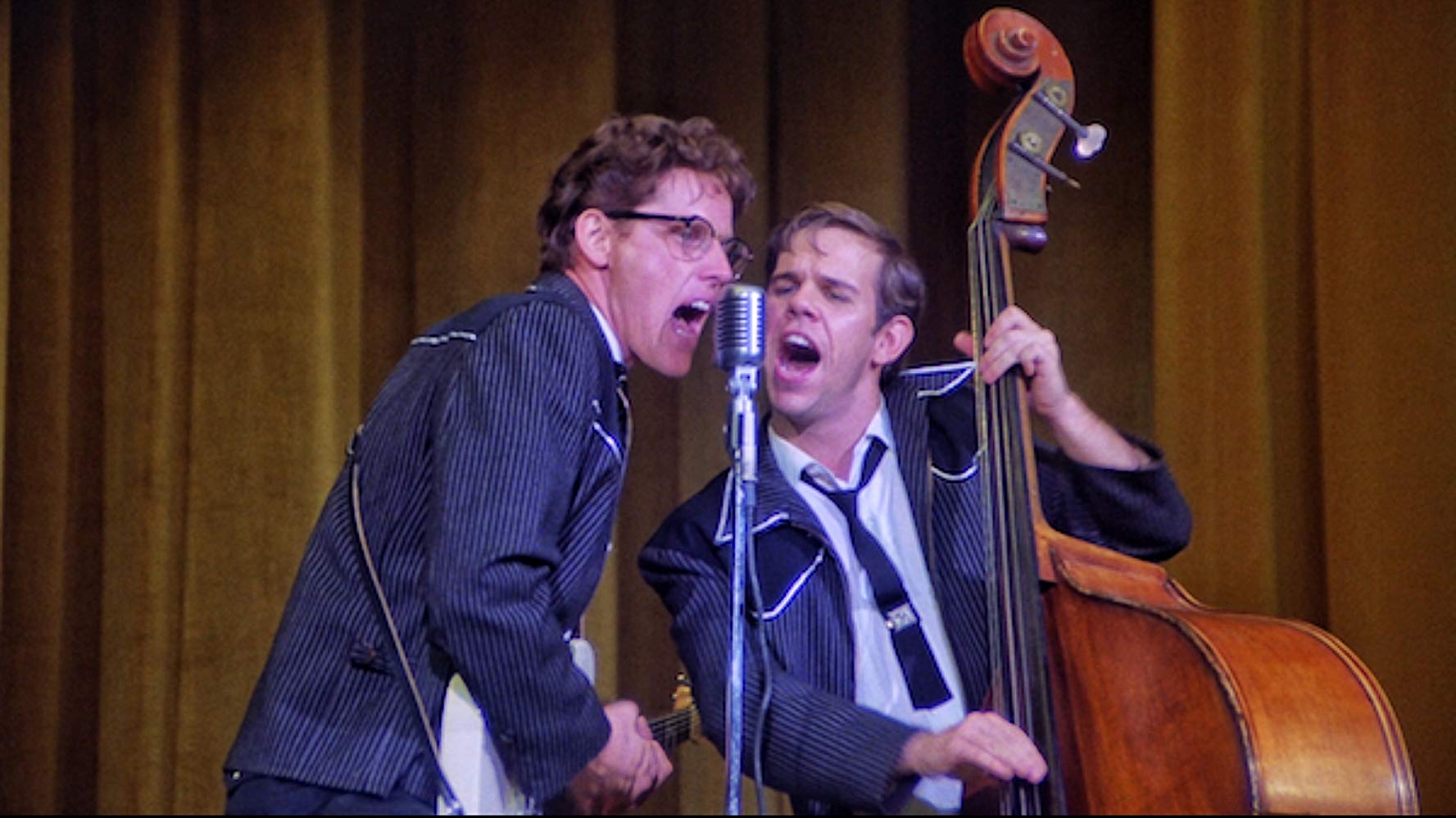 I enjoyed it because the pacing is well-done and there’s not a single boring moment. Moreover, the performance from Gary Busey as Buddy is top-notch. Whenever he hits the stage, you know that we are going to have a good time through his energetic performance. Contrary to Kurt Russell in Elvis (in which I reviewed yesterday), Gary actually sings all the songs here. Although his voice doesn’t 100% match with Buddy’s original material, you can tell that he absolutely had a great time working on the film and performing.

Another thing I like about this film is a special long-take shot. It’s the scene in which Buddy and his band The Crickets are about to perform in front of a black audience and everyone is nervous because they are the first white act to go there. We see Buddy and his gang walk out of the dressing room, down the steps and finally get on the stage all in one-take. Thanks to the magic of Steadicam, it shows how intense the situation is and how excited the band is. 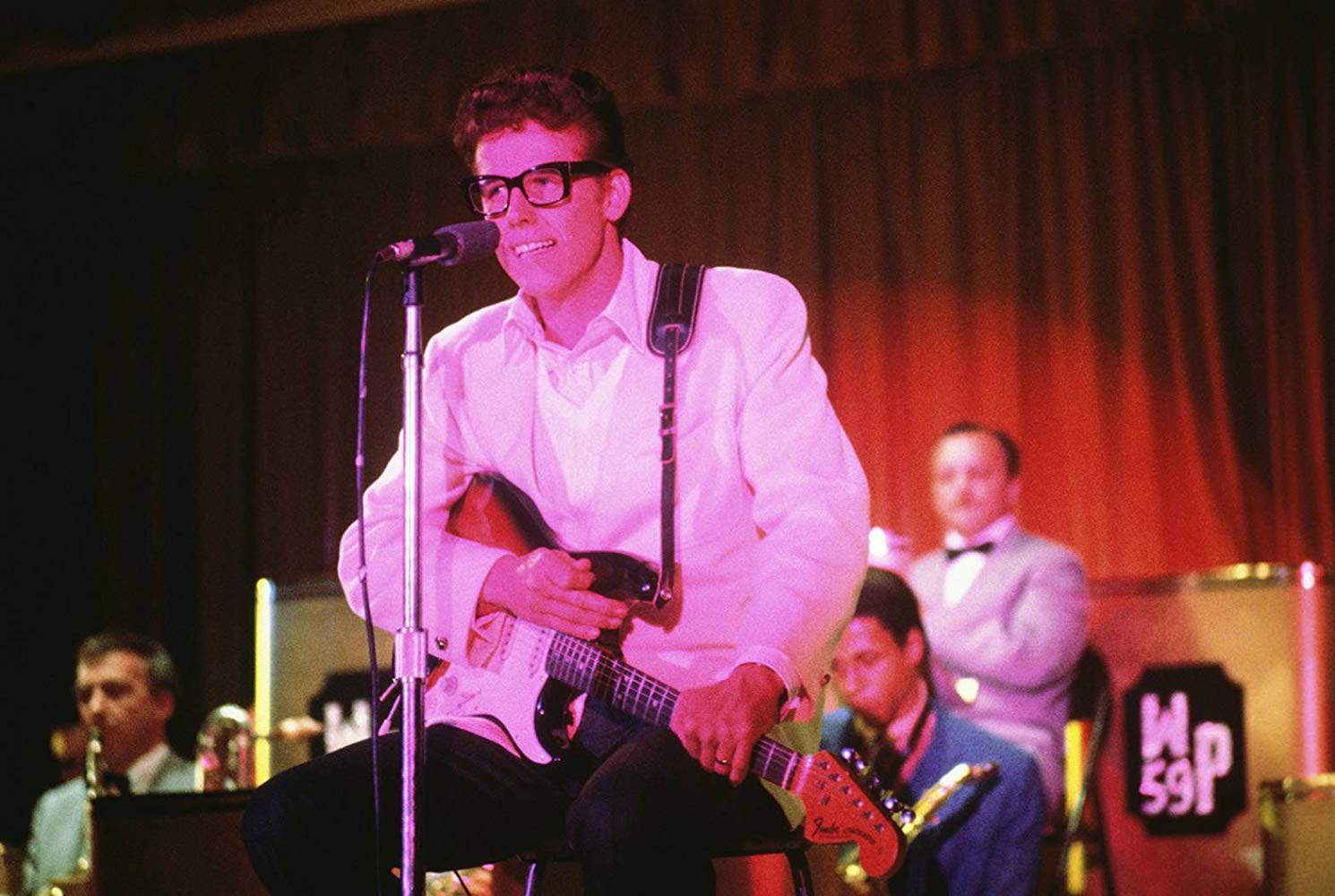 In the end, The Buddy Holly Story is a great music biopic since it shows not only the life of a legendary musician that should have lived longer and the importance of everyone around us, but also reflects on the questionable era of the 50’s, in which pleasant and fun Rock music existed along with hate and race discrimination. Highly recommended!

Next time, I’ll take a look at a band that I’ve known about for the longest time, but somehow never got a chance to listen to all their albums: The Doors.