The Big Lebowski 20th Anniversary: The Legend of The Dude

Last week in London, the Prince Charles Cinema had a special 20th anniversary screening for The Coen Brothers’ The Big Lebowski. And, no, they didn’t screen it for just one day, it was almost an entire week run! In fact, on some of the screening dates, they served White Russian drinks as well. For those who were there, it had to be a great experience to watch the beloved cult classic on the big screen. But for those who couldn’t be there (including me) maybe it’s a time to take a look at this film again and appreciate at how The Big Lebowski turned into, as I mentioned before, a cult film. 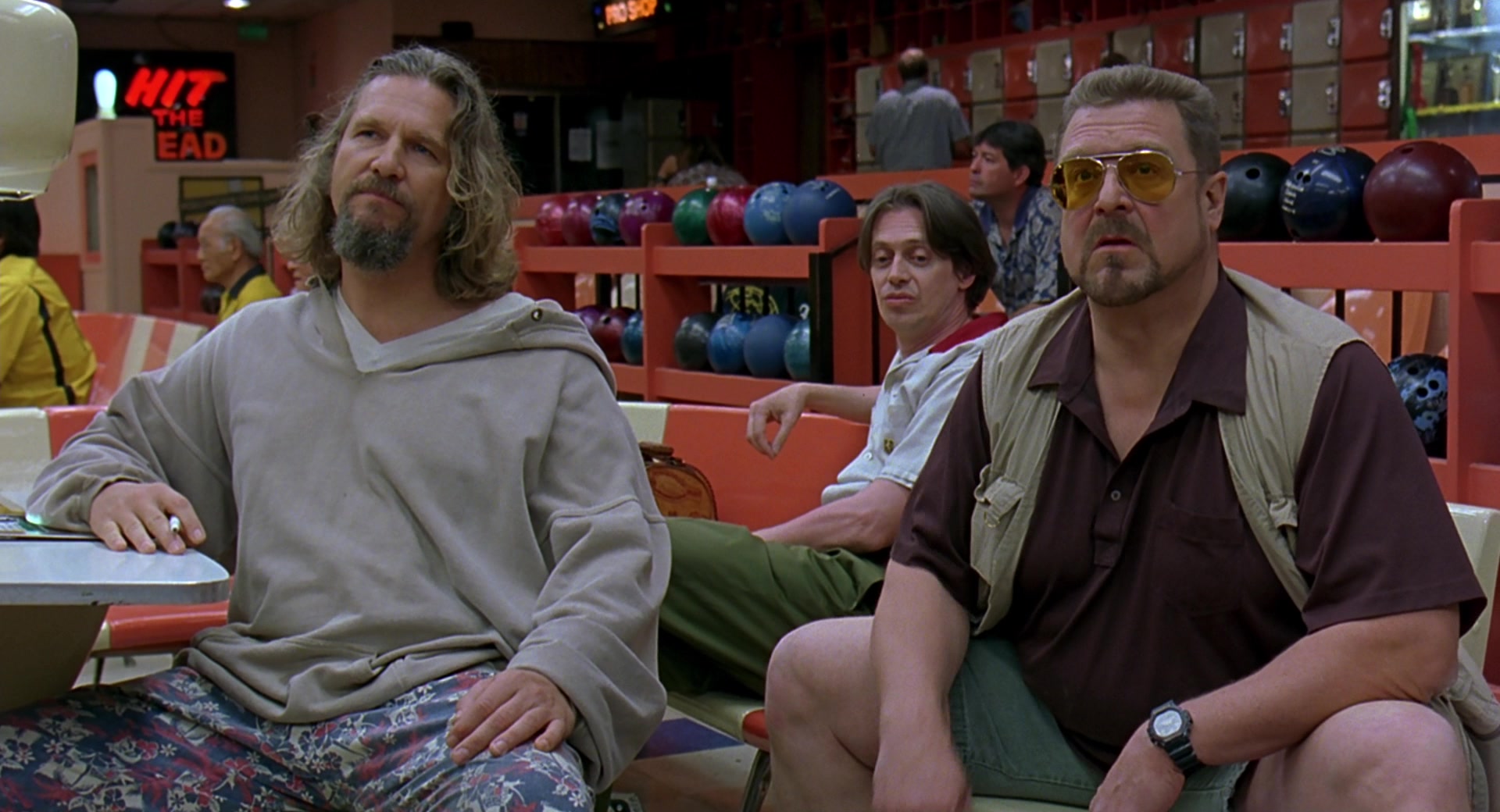 Although there are several definitions of what a “cult film” is, the fact that you can see several memes from this movie online (such as the “that’s just, like, your opinion, man.” quote or the picture of Walter Sobchak holding his gun) or the infamous quote on The Eagles (“I had a rough night and I hate the fucking Eagles, man.”) whenever you see news about them on Facebook or listen to their songs on YouTube….these things should tell you that this film affected pop culture, whether you realize it or not. So what makes the Dude and his gang stand the test of time? Let’s take a look! 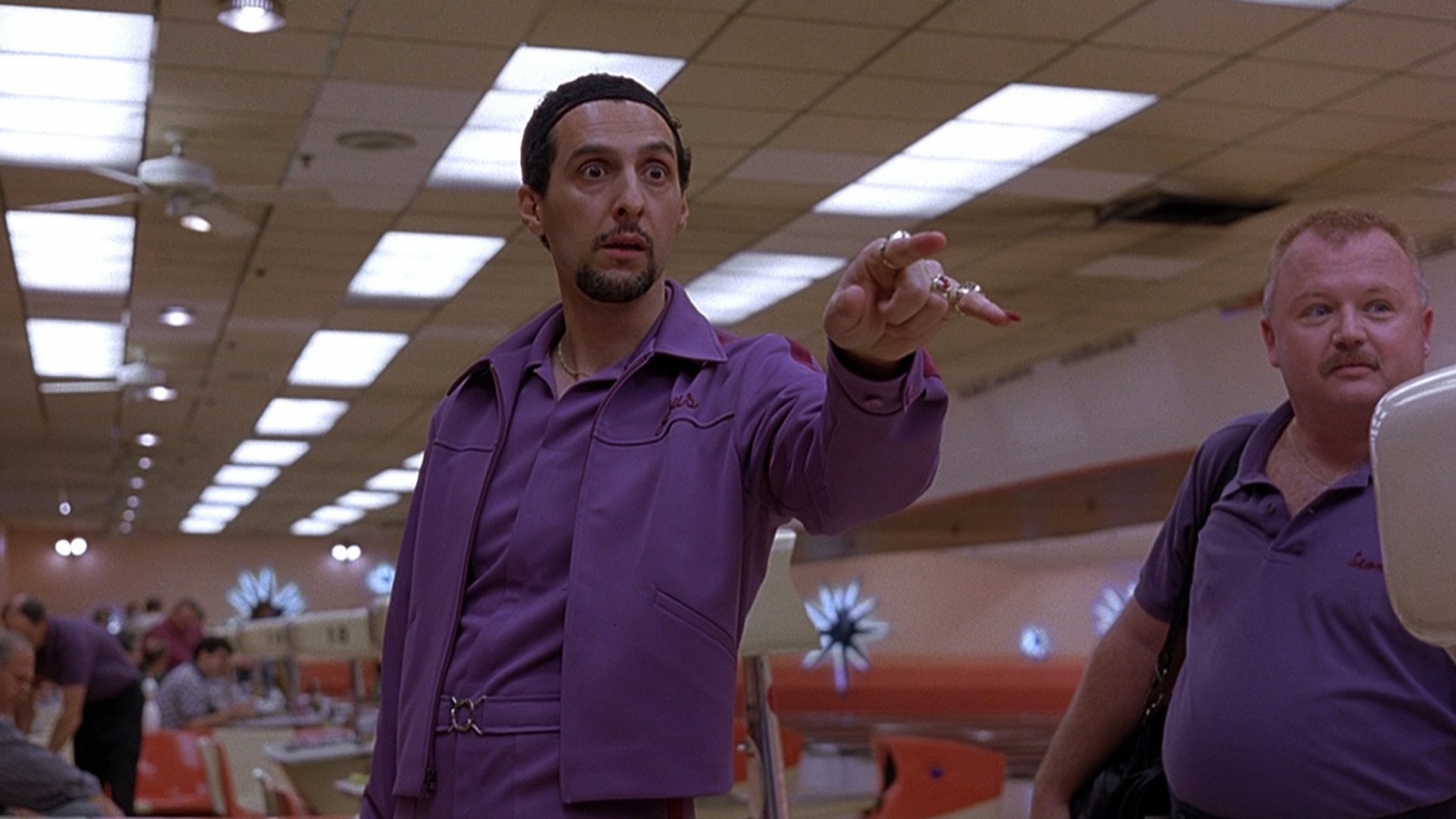 Set in the early 90’s, the storyline concerns The Dude (Jeff Bridges). Well, his real name is Jeffrey Lebowski, but he prefers to be called “the Dude” instead. He’s this lazy ex-hippie who does nothing but go bowling with his friends. Unfortunately, all hell breaks loose when two men terrorize him and pee on his favorite rug since they think he is ANOTHER rich guy with the same name Jeffrey “The Big” Lebowski (David Huddleston). Angry and confused about what’s happened, The Dude talks to his best friends, Walter Sobchak (John Goodman) and Donny (Steve Buscemi) and decides to take the matter in his own hands by visiting Mr. Lebowski himself. He has no idea that he will slowly be thrown into a chaotic mess between a father, his daughter, his young trophy wife, a porn movie producer, a corrupt cop, a detective and a Nihilistic German gang. 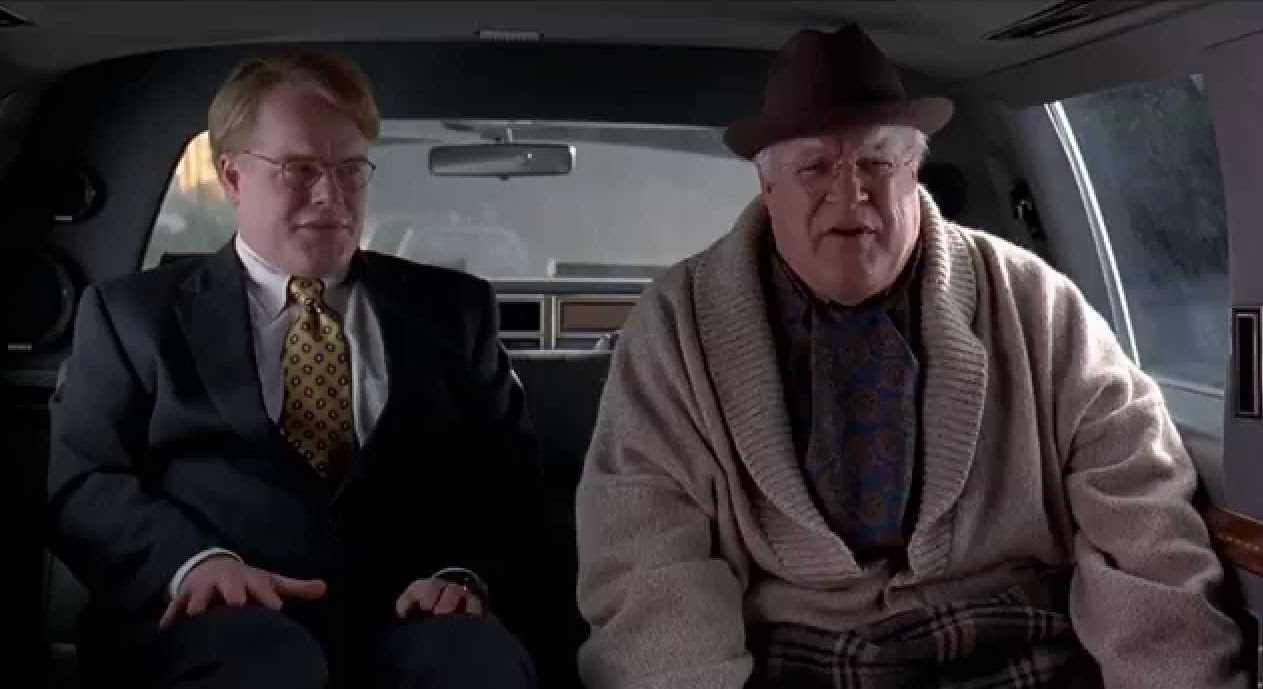 I won’t try to explain the plot since it might be confusing for those who haven’t seen it and, for those who have seen it, you can google “the big lebowski map” to see the relationships between each character. However, the complexity of the plot is on par with classic film noir from 40’s-50’s (The Big Sleep) or movies like Chinatown since it involves several parties and things don’t appear as they should be. In fact, I consider The Big Lebowski to be a parody of the noir genre since, although it contains several classic elements like the femme fatale, the complex plot and corrupt police, our hero is not a hard-boiled, good-looking detective like Humphrey Bogart. What we have instead is not only fat middle-aged guys, but two buddy characters that don’t really get along well, yet they can still be friends and help each other to solve the case. 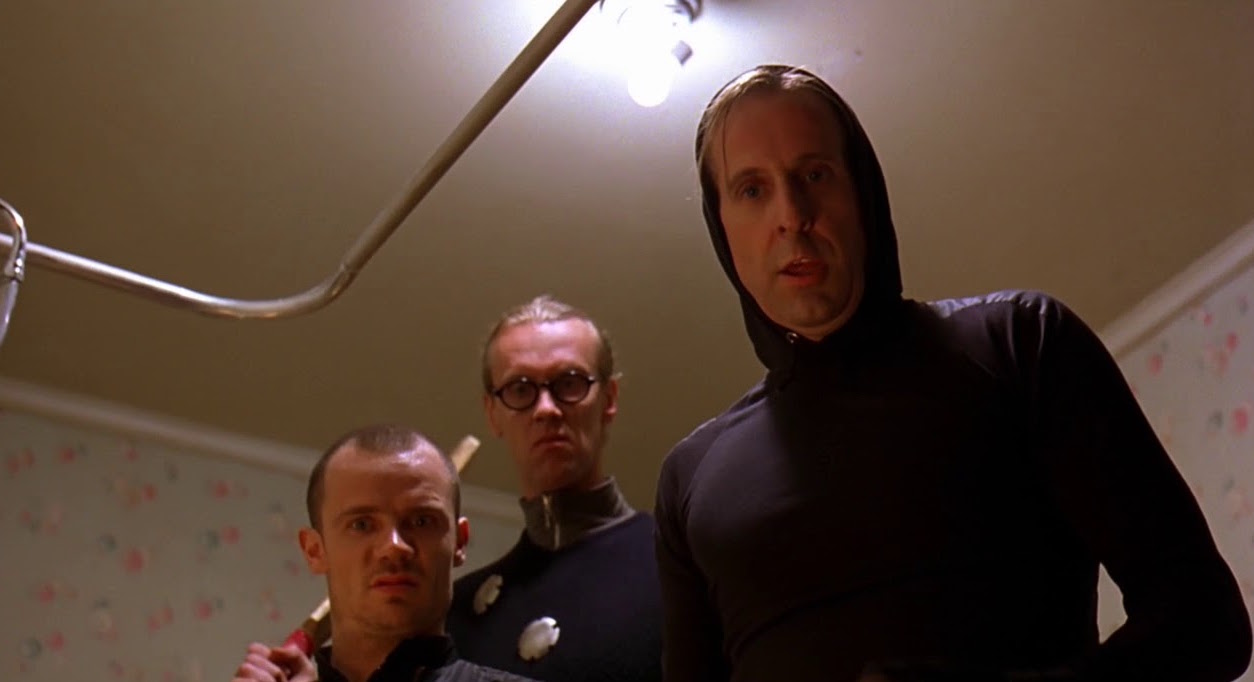 First, there’s The Dude. As I said before, although the plot doesn’t clearly state that he was a hippie in the 60’s, but we might infer that since he likes Creedence, enjoys smoking weed and has pacifist attitude about things in general. Unfortunately, he’s unemployed and bowling is one of the few things he has a passion for. The Dude certainly reminds me of the hippie era due to elements I mentioned as well as his calm but anti-heroic attitude, just like several protesters from that era or attendees of Woodstock (at least that’s what I’ve seen in documentaries). Although he’s all for peace, he decides to pretend that Mr. Lebowski actually gives him a new rug (so he can replaced the peed on one) or when one of the henchmen grab his bowling ball and ask the Dude what it is, here’s what our hero replies…”Obviously, you’re not a golfer.” 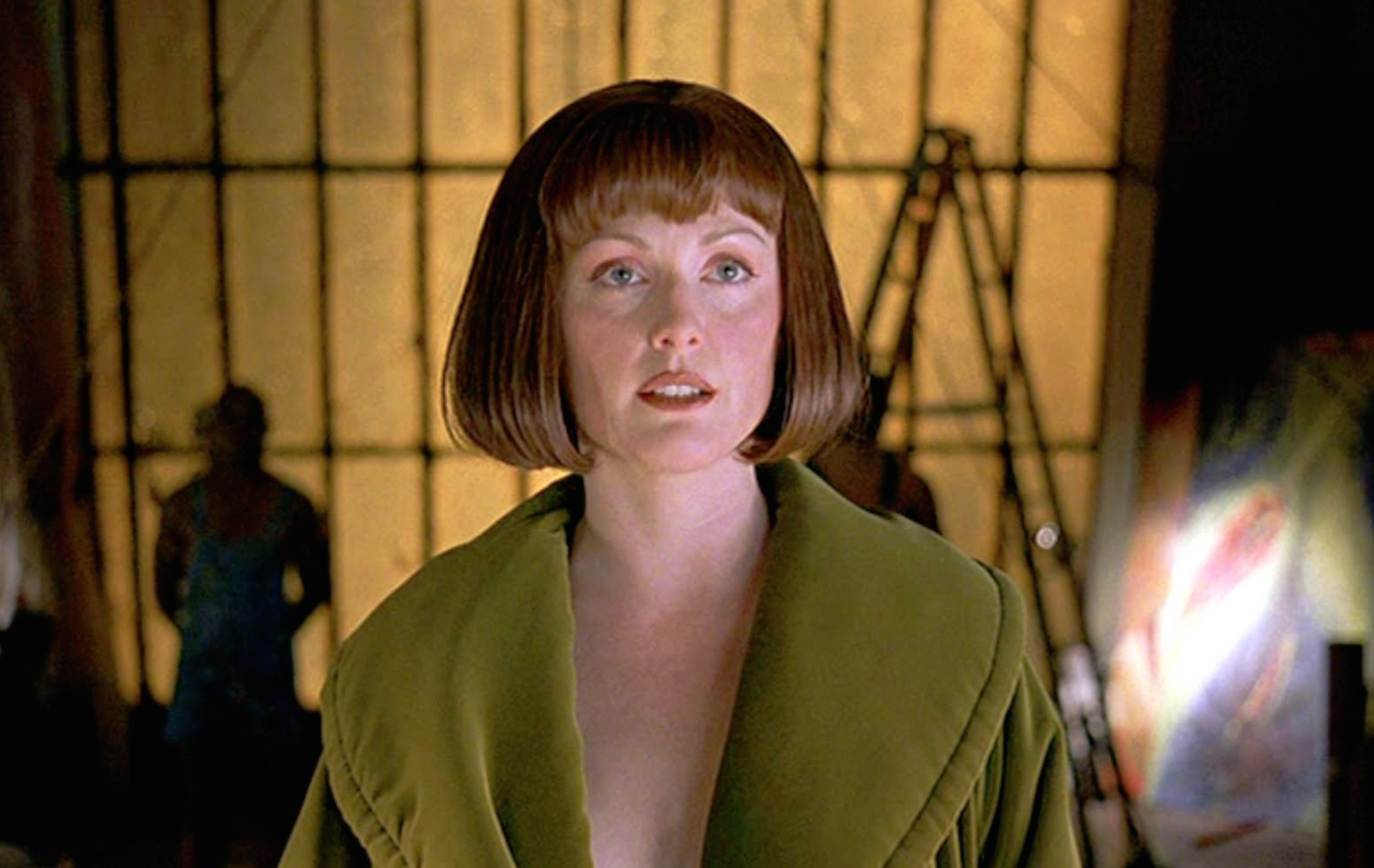 While the 60’s hippies had to face the “silent majority” who had terrible mottos like “My country, right or wrong”, the Dude has Walter. Walter is a Vietnam vet who ties EVERYTHING he’s facing in his life to his past experiences in ‘Nam. Moreover, he’s easily angered and always has crazy rules in his life, no matter how ridiculous. He refuses to drive on Saturday because it’s “Shabbos, the Jewish day of rest” or pulling a gun on someone who accidentally tips over the line in a bowling lane sounds totally insane for us, but for a guy full of aggression and discipline, it’s just another day. On the other hand, he loves his friends. Besides helping the Dude solve the case, he actually cares for Donny, especially near the end. No matter how much he yells “Shut the fuck up, Donny!” (since Donny usually has no idea what the Dude and Walter are talking about), he’s the one who always looks after his pals. 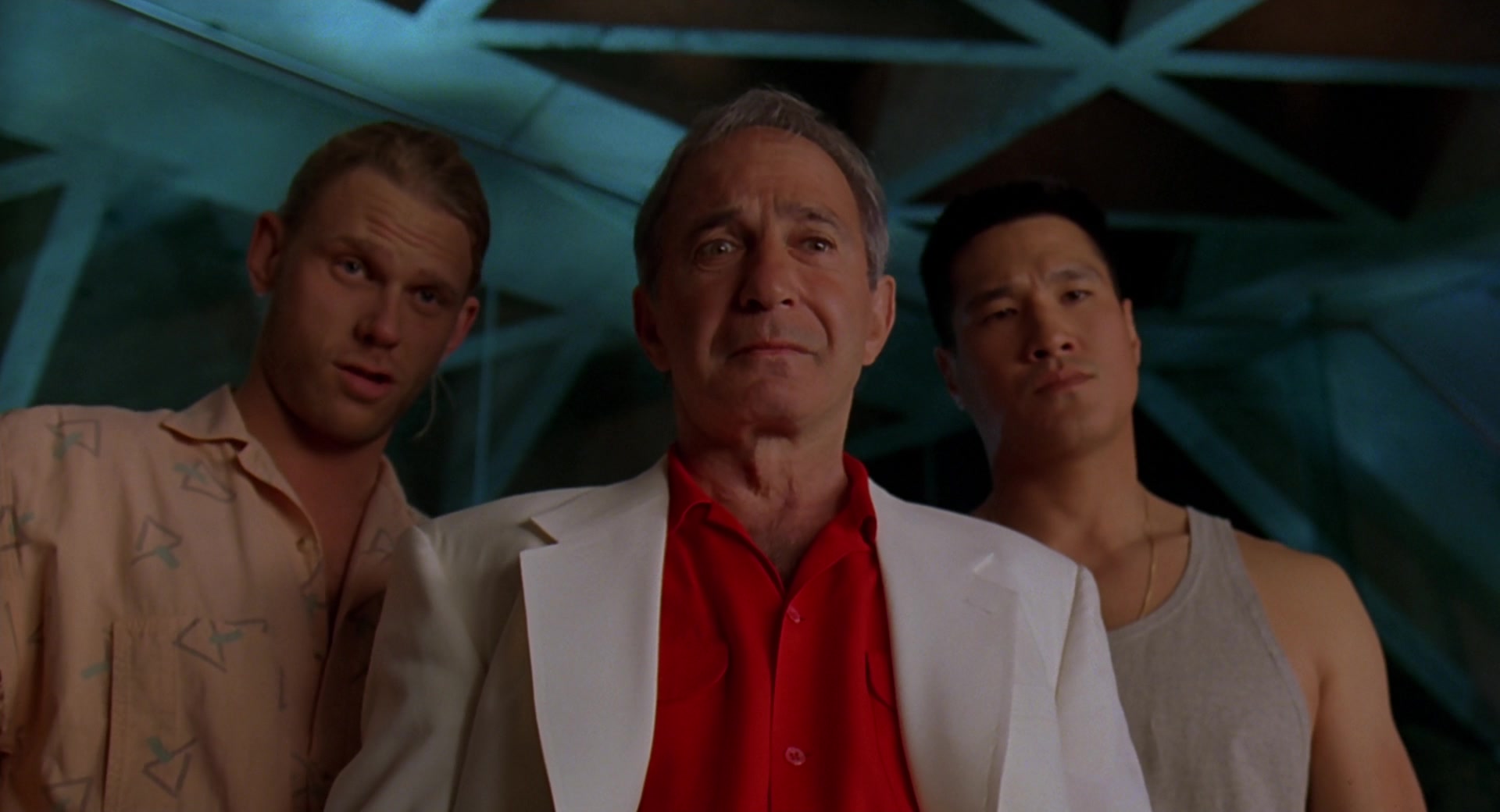 These two guys reflect not only different political ideologies in society, but also how we live our lives each day as well. It could be how we control our emotions (being calm like the Dude vs. being ready to fight like Walter) or how we can relate to any single character. Personally, I can see myself in the Dude, Walter, and Donny. There are moments when I feel absolutely lazy and want to sort things out by talking like the Dude. There are times when I am easily angered, want to destroy everything, and stick to my own (stupid) rules like Walter. And there are several times that I have no idea what my friends are talking about…just like Donny. This is another aspect that makes us love the film. 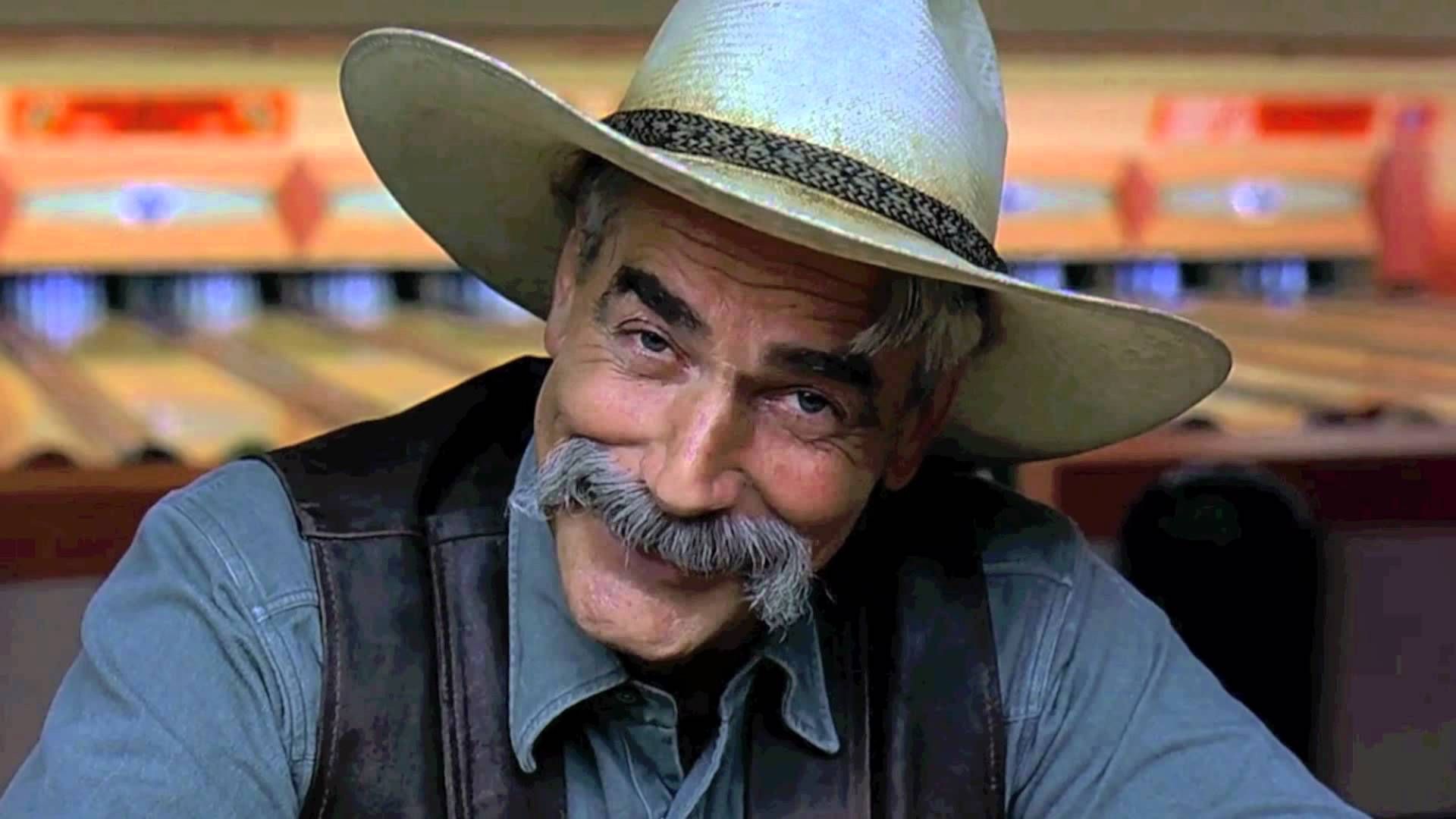 Actually, there are several other interesting supporting characters as well. From the silly caricature of feminists and art snobs like Maude Lebowski (Julianne Moore) to super cliche private detectives like Da Fino (Jon Polito), you know that these characters are exaggerated in one way or another, yet they are charming enough to make you wish they existed in real life. Plus, the soundtrack is memorable since it features a variety of pop music genres. Each type of music represents different characters to make them more distinguishable. For example, while the Dude loves Classic Rock of the 60’s-70’s, the scenes that feature Jackie Treehorn (Ben Gazzara) (or porn films that he produces) have a funky soundtrack score from the 70’s to make him an “upper-class” mysterious guy. Also, speaking of throwbacks, several critics out there have pointed out the relevance of the bowling alley setting, which features heavily in the story. To me, it’s not really symbolic or anything, but more of a gimmick to make this film timeless. Since it has a 60’s atmosphere with music from the 70’s and people dress like they actually did in the 90’s, the film could be set in 1998, the year this film was released, rather than early 90’s. In fact, it can be set in an unspecified period of time in how its presented.

Making a “cult film” is not an easy task, but The Big Lebowski pays attention to every single detail to keep us entertained throughout the years of revisiting it. No matter how many times you’ve seen it or how much you understand the plot, this is a unique and timeless movie by The Coen Brothers. Highly recommended. 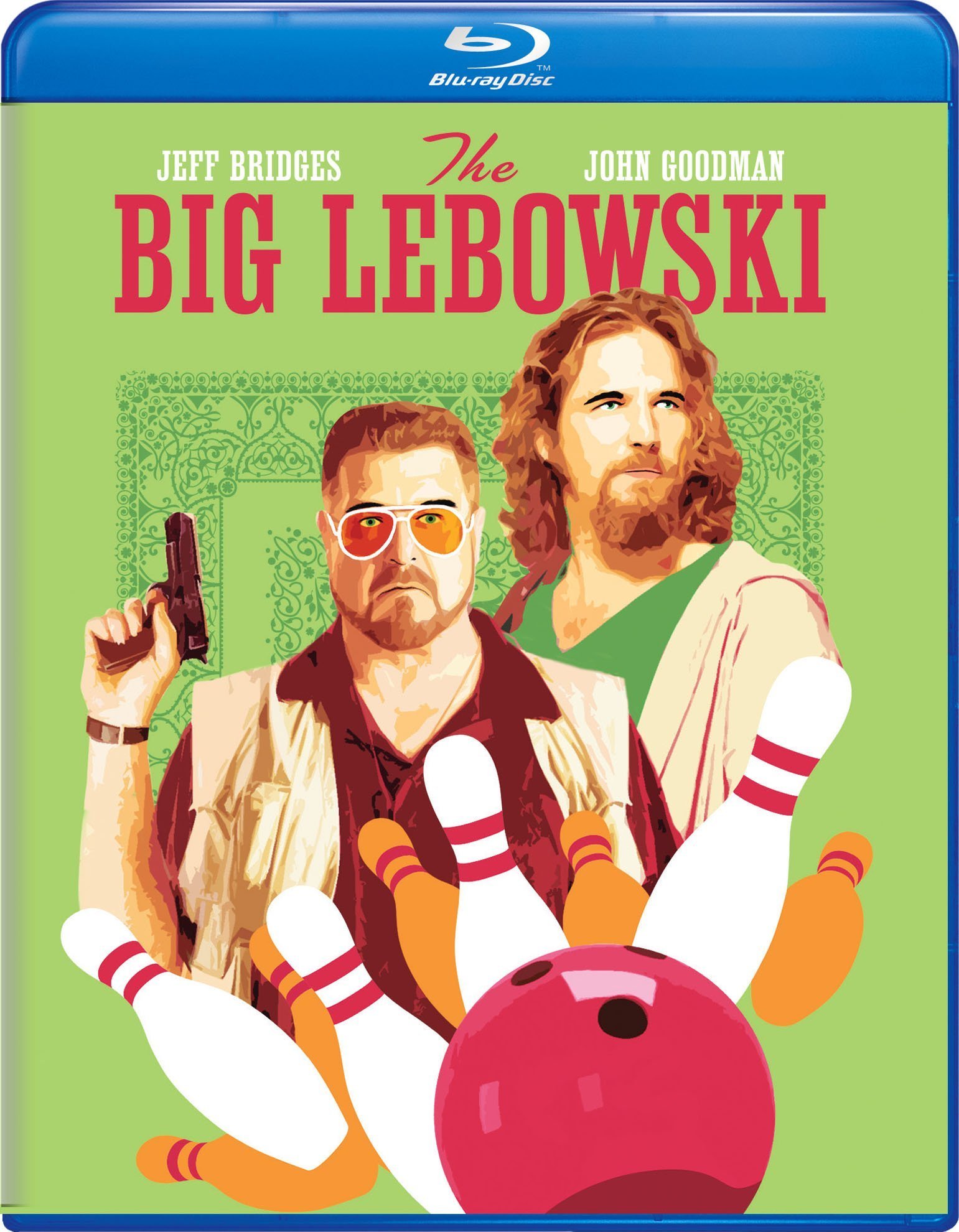