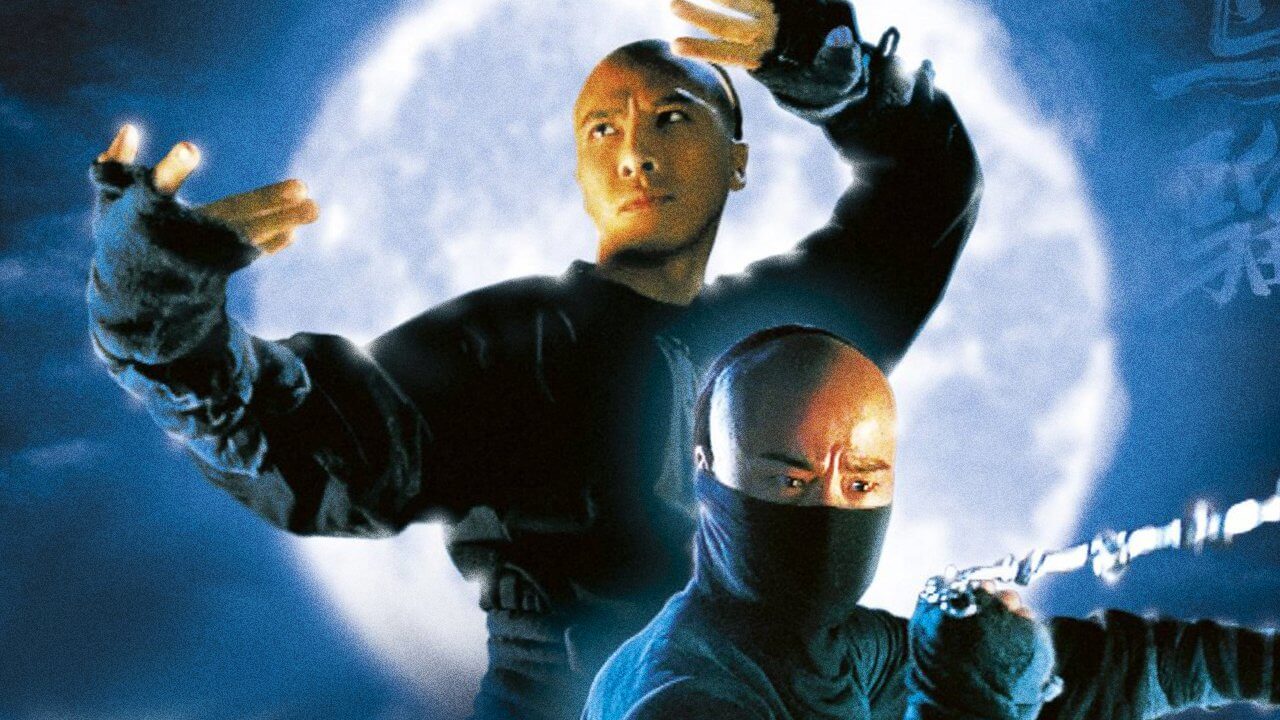 If martial arts movies or Hong Kong movies more generally are your thing, chances are you have heard of Iron Monkey. You might even be a huge fan of it. Iron Monkey, Yuen Woo-Ping‘s 1993 Kung Fu romp starring Donnie Yen, Yu Rong-kwong and Jean Wang rode (at least in its Western distribution) the wave of Ang Lee‘s immensely successful Crouching Tiger, Hidden Dragon. More accurately, it is part of the same continuity of late Hong Kong output in the martial arts and wuxia genres, and if you look at some of the characters, fits into the univers of any of the Wong Fei-Hung movies, such as the Once Upon a Time in China trilogy (which I did not like a bit, to be honest).

Iron Monkey is about Wong Key-ing (Donnie Yen), who arrives with his son Fei-Hong (Angie Tsang) in a little town where he gets tangled up in an ongoing manhunt by local authorities who are after the notorious Iron Monkey, a Robin Hood type masked avenger who steals from the rich, rights wrongs, and supports the poor. The local administrator is hell bent on unmasking Iron Monkey. He snateches Key-yings kid and would only release him in turn for him catching the masked hero. He teams up with a local physician Dr. Yang (Yu Rong-kwong) and Miss Orchid (Jean Wang), together they plan a daring break out of his kid… who already knows the big secret…. a big showdown looms as the provincial governor and his henchmen arrive in town….

I always loved Iron Monkey. It is very Robin Hood, sort of a light hearted avdventure that also has some funny bits, it is but also serious, with breathtaking martial arts choreography, exciting action sequences and actually some brutal and graphic scenes including violence against children and an attempted rape. What I liked was its no-nonsense narrative, the great camerawork and the breathtaking martial arts, which walk the fine line between unbelievable wire fu and break-neck choreography. Particularly the no-shadow-kick is a thing to behold.

Jean Wang also starred as the recurring 14th Aunt in the non-Jet Li Once Upon a Time in China sequels IV and V, by the way. Rong-Kwong or Rongguang (or Ringo Yu), has been in everything from 1989’s A Terra-Cotta Warrior to Shanghai Noon. Of course he is fondly remembered for Prodigal Son. Yuen Woo-Ping is a legend in his own right, and the 90s were his break-out phase, gaining international recognition and going on to be the mastermind behind the fight stuff in The Matrix, Kill Bill and other big budget Hollywood productions. The same can be said for Donnie Yen, who, if you discount the myriad of direct-to-video productions, has had quite a career boost since entering the international stage. Can it all be tracked back to Iron Monkey? Possibly. The film is a modern marvel, a traditional tale wrapped in modern storytelling and action, palatable for younger audiences without neglecting its cultural heritage. And it lives so much off the chemistry between its actors, with the beautiful Ms Wang and the juvenile Ms Tsang having a particularly memorable screen presence.

I grew up watching the Miramax DVD of Iron Monkey that has the Harvey Scissorhands version on it. And to be fair, if you didn’t know any better, that version is already great fun. Amazing to know that this amazing 2018 release by Eureka Entertainment (UK) release restores the original movie, the original soundtrack, and also gives the option of non-5.1 original audio in Cantonese, with properly translated subtitles (aother things the Miramax version didn’t have). I am not gonna go into much of the difference, needless to say as cineastes, this is the version to go for. The English dub is included, but it takes drastig liberties with the story, and some of the music is changed as well. You can check moviecensorship.com for a detailed comparison, Miramax made 113 cut changes, this includes five recuts, two speed changes and additional material, totalling in about six minute of footage removed. The uncut version included here (it used to be available by Hong Kong Legends as well) runs at 90:20 according to the player runtime.

The specs and quality

Specs of the Eureka BluRay: The audio comes in either original Cantonese 2.0 mono or 5.1, as well as Mandarin 2.0 stereo and English in 5.1 and 2.0 mono options. The website lists or listed an isolated mmusic and effects track, I didn’t see that on the disc though. The sound is totally okay, plenty of punches and stuff going on, but don’t expect a spectacle of depth. Optional English subtitles or SDH subtitles. the new transfer in 1080p from a new 2K restoration looks really great. It preserves the film look of the movie, presents it in its original widescreen aspect ratio and scores in the contract, sharpness and texture department.

The extras consist of a ton of interviews mostly. There is an interview with Donnie Yen (19min), who speaks excellent English. He dives a bit into the characters, making and impact of the movie. The interview might date back to the Hong Kong Legends days, as do the others. Then there’s an interview with producter Tsui Hark (24min). He looks back at his work and especially the phase of Once Upon a Time in China to Iron Monkey. He also speaks great English. The interview with Yu Rong-Kwong (26min) is subtitled in English, as he speaks Mandarin. This one goes through his career leading into his work in martial arts movies. There is an interview with martial artist and stuntwoman Li Fai (25min), who played the scarfaced witch assassin. This is also subtitled. Martial artist “Angie” Tsang Sze-Man is interviewed (19min), also subtitled. She was 14 at the time when she played a young Wong-Fei Hong in the movie. A policewoman today, she explains in the interview how it happened that she was cast as a boy. “Iron Fist – The Choreography of Iron Monkey” (16mins) is a behind-the-scenes look of the movie, consisting of a subtitled interview Woo-Ping. “Shadow Boxing with Alex Yip” (8mins) is a featurette on Hong Kong action choreography featuring the renowned craftsman. There’s also footage of Li Fai and Angie Tsang competing at the 2003 Wu Shu Championships (9min) in Macao, an interesting way for these two to reunite. Too bad they don’t face off but just present some routines. There’s also the original theatrical trailer. All in all quite a package.