“A guy told me one time, “Don’t let yourself get attached to anything you are not willing to walk out on in 30 seconds flat if you feel the heat around the corner.” – Neil McCauley

Michael Mann’s 1995 crime thriller HEAT is my favorite film out of all his work. It was previously envisioned as a forgettable 1989 Made for TV movie titled L.A. Takedown. I rewatched that recently just to compare the two. It’s like night and day from a production standpoint.

You don’t hear crime genre films being called beautiful very often but to me, HEAT really is an exquisite work of cinema. The movie focuses primarily on two figures on opposite sides of the law, both living lives on the edge. 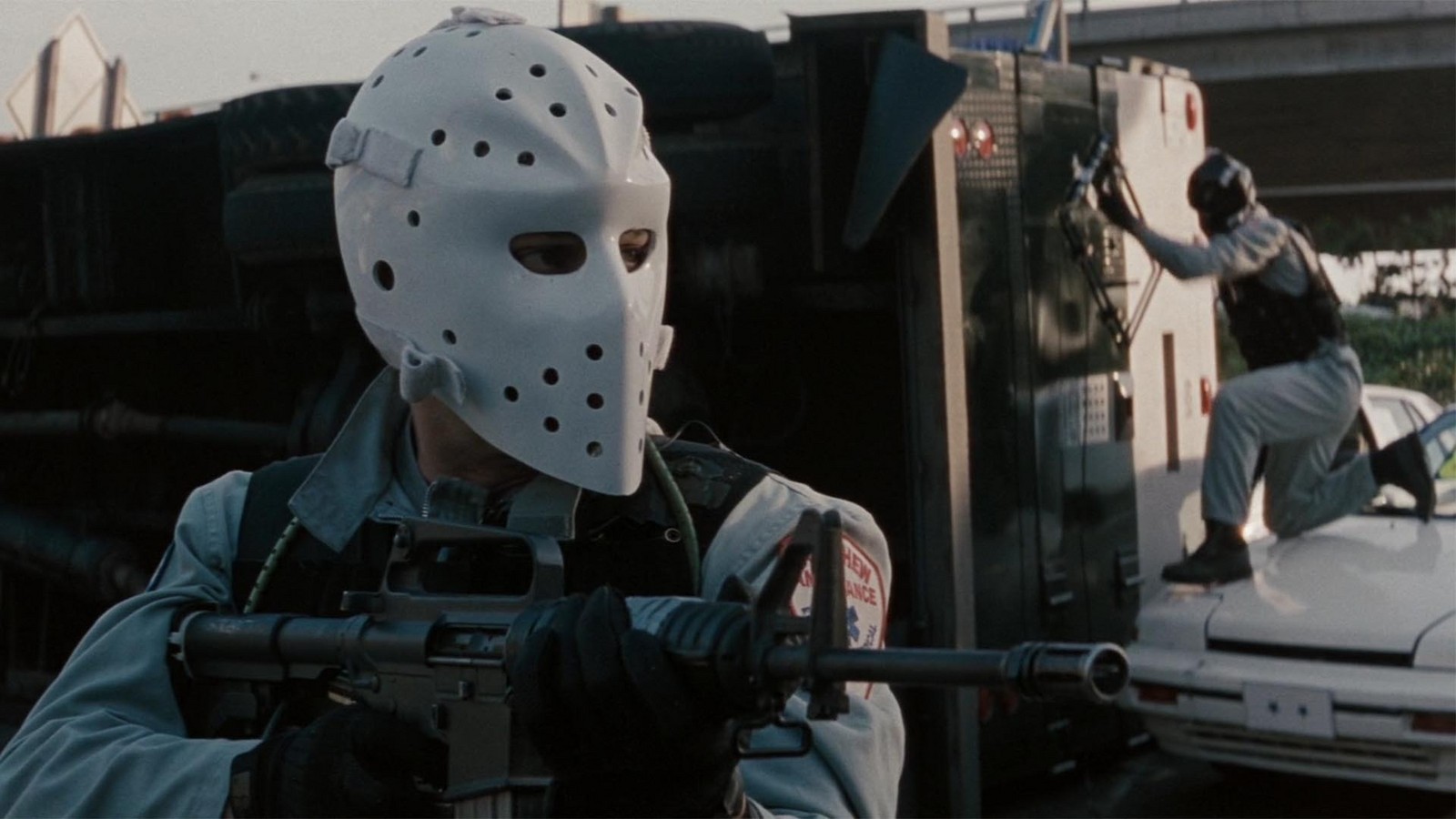 Neil McCauley (Robert DeNiro) is a tough as nails master criminal. His latest job is a security truck which holds some expensive bearer bonds that will bring in a lot of money. His crew is made up of just a few close faithful friends: the stoic Chris Shiherlis (Val Kilmer), the adrenaline junkie Michael Cheritto (Tom Sizemore) and lowkey, trusty Trejo (Danny Trejo). A new guy they’ve hired on, Waingro (Kevin Gage) is an ex-con that has no personal connection to them. Neil doesn’t cut any corners and sets up the heist proficiently clueing us in that they’ve finely tuned their skills over years of this work. The robbery itself goes off without a hitch, but they don’t realize that Waingro is a stone cold psychopath and he ruins the non-lethal operation when he executes one of the security guards, which makes McCauley furious. Even though he’s a criminal, Neil has a code of honor, which is very important to the story. After the job, Neil decides to kill Waingro in a diner parking lot for his screwup, but a passing cop car ruins his chance and this mistake effects everything. Waingro just vanishes like some devil, free to wreak his havoc. 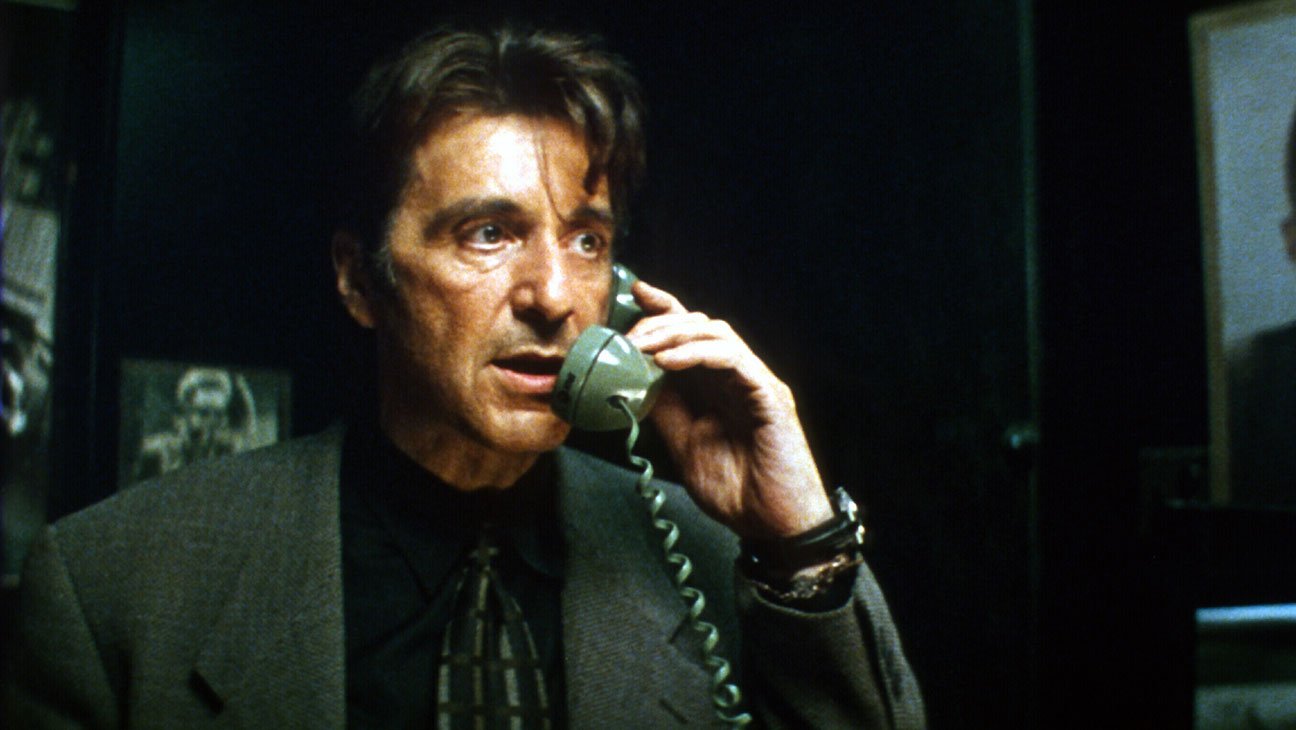 The police detective assigned to the security truck case is Lt. Vincent Hanna (Al Pacino) a hotshot vet that has a killer instinct. He’s on the scene and breaking down the clues to who’s behind it with laser guided precision. Al Pacino is always superb and this is another Grade A performance in the tradition of his past roles like Serpico and Scarface. One special detail about Hanna that is not shown onscreen but was revealed in a recent interview is that he’s a cokehead. Which explains his hyperactive, brash personality throughout the film. His own group of topnotch detectives played by Mykelti Williamson, Wes Studi and Ted Levine are always by his side, helping gather the info they need to take down the bad guys. Meanwhile, Vincent’s relationship at home is suffering due to his obesssion with work which has him absent much of the time. His wife Justine (Diane Venora) tries but is frustrated with him, since he can’t keep any consistency going.

One night at a diner, Neil encounters a young woman named Eady (Amy Brennaman) who he begins a relationship with. Her warm, kind nature is in stark contrast to his cool, clinical personality. Neil’s strict rule of not getting emotionally involved suddenly changes and causes him to question his ongoing life of solitude. In contrast, Chris’ wife Charlene (Ashley Judd) is on the verge of leaving him because of his unruly nature since she doesn’t know what he really does.

When McCauley is informed by his main fence Nate (Jon Voight) that he could sell the bonds back to their original owner Roger Van Zant (William Fichtner) a money launderer, he decides to do that and sets up a meet at a vacant drive-in. Van Zant gets a dumb idea to have two thugs bushwack Neil and take the bonds instead. What he doesn’t know is that he’s dealing with a guy who leaves nothing to chance. Chris shoots one of the hitmen from a roof and Cheritto shotguns the fleeing truck driver. This sequence is brutal and relentless. The double cross puts the idiotic Van Zant on McCauley’s hit list. A precious metals depository is McCauley’s next target but during the break-in, he becomes suspicious about authorities nearby so he and Chris leave quietly. Hanna and his men, who are in fact surveilling the attempted robbery, let the two go due to lack of evidence and wait for another chance on a bigger job. 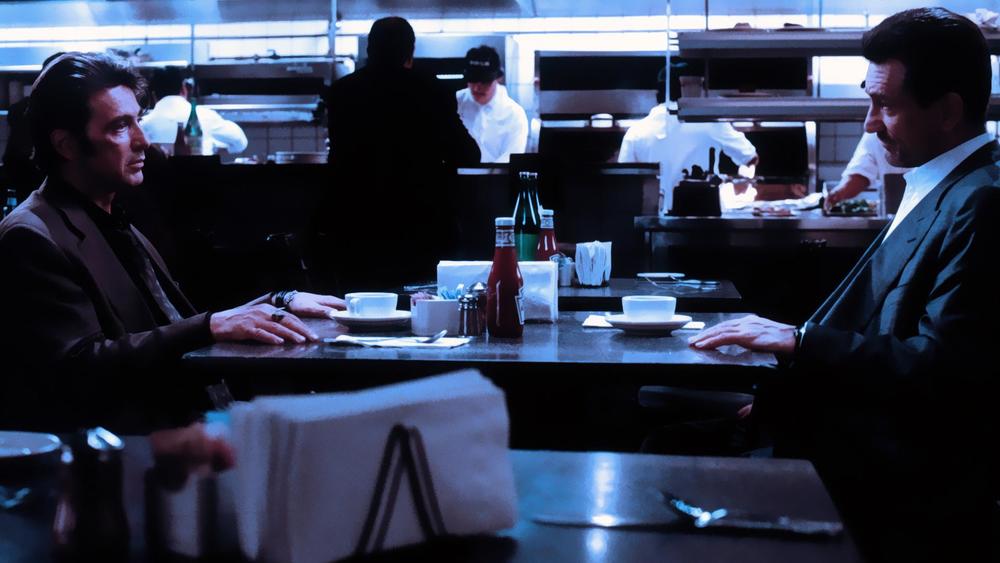 The film’s most memorable scene (and one that film fans love) is the meeting between heavyweight actors/friends, Al Pacino and Robert DeNiro (they had previously been in The Godfather Part II, but never shared any scenes together). Hanna pulls McCauley over on the highway and invites him out for a cup of coffee. The two men share some personal thoughts and their outlook on the lives they lead. Each makes it known that this is what they’ve chosen to do and won’t change because it’s all they know how to do. They both respect one another but promise they won’t hesitate to kill if they find themselves in the wrong circumstance. 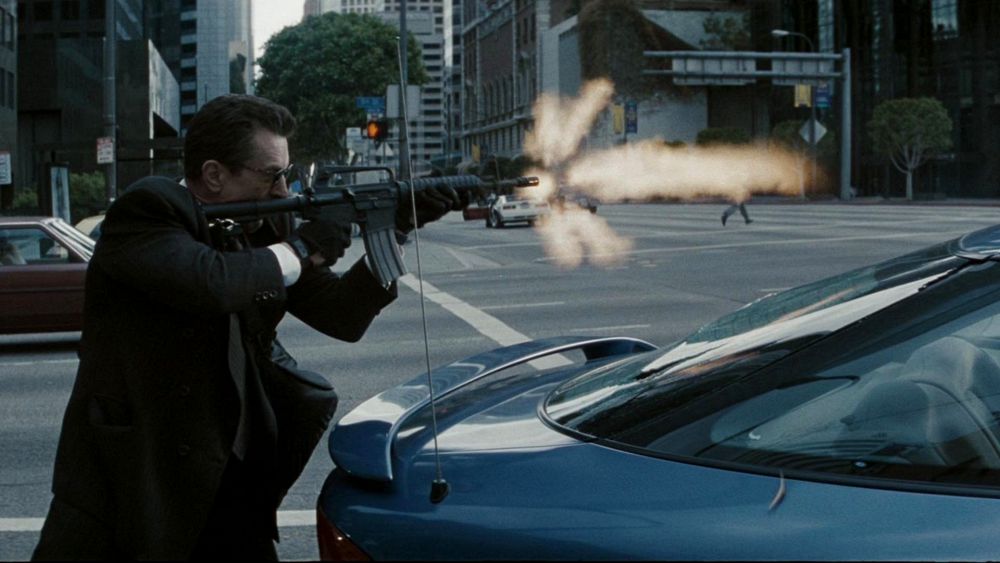 Nate’s protege Kelso (Tom Noonan) brings a major heist idea to Neil’s attention that would fund his retirement with a 12 million dollar payday. Knowing Hanna is rapidly closing in on them, Neil asks Chris, Cheritto and Trejo if they want to split or go for it. They all agree its worth taking the chance. Of course this is the story of every outlaw, the final heist that will let them leave the life of crime behind and ride off into the sunset with their loved ones. The problem is all the demons that are created over time that can follow you and destroy it all. With the cops on Trejo’s tail, he has to drop out at the last minute. Luckily Neil notices an old prison pal (Dennis Haysbert) working at a local diner and offers him the job as getaway driver. He accepts and the game is on.

What HEAT brilliantly captures (which was first portrayed so well in Michael Mann’s debut THIEF) is the authentic behavior of the criminals and police who are after them. It also delves into the interpersonal relationships of the characters to show they are not simply “cops and robbers”. They have lives, families, dreams and aspirations. These details just make the story all the more resonant and textured. 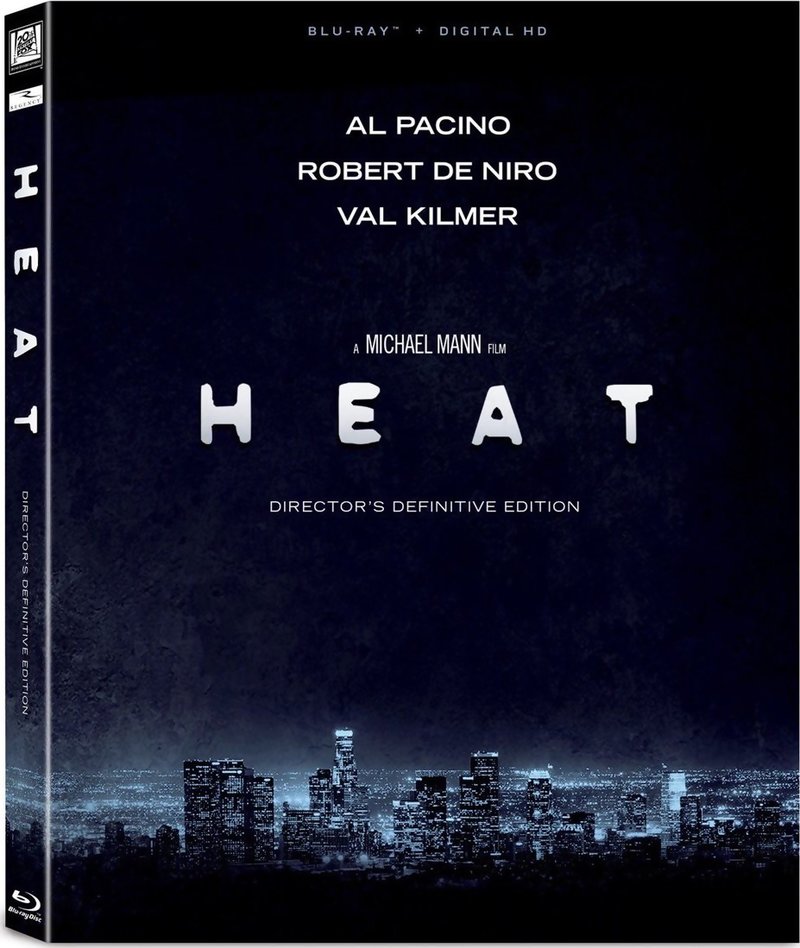