John Ford’s 1949 Western Technicolor classic SHE WORE A YELLOW RIBBON will be coming to BluRay from Warner Archive on June 7th. BUY FROM AMAZON

In this second installment in Ford’s Cavalry Trilogy (which included Fort Apache and Rio Grande), John Wayne stars as US Cavalry Captain Nathan Cutting Brittles, who, on the eve of his retirement, has one last job to smooth relations between the Cheyenne and Arapaho Indians in the aftermath of Custer’s last stand. While on the mission Brittles must also accompany the wife and niece of his commanding officer to safety. Co-starring Joanne Dru, John Agar, Ben Johnson, Harry Carey, Jr, Victor McLaglen, Mildred Natwick and George O’Brien.

Like several of John Ford’s films, She Wore A Yellow Ribbon was shot in picturesque Monument Valley. It would win the Academy Award for Best Cinematography in 1950. 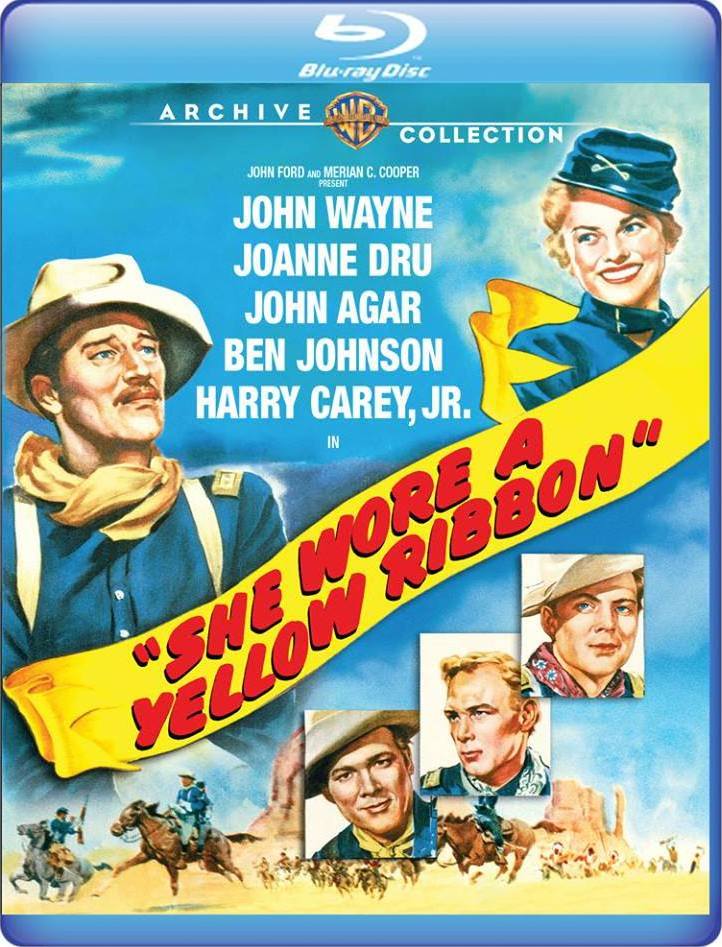