The amusements are deadly in ROLLERCOASTER

A crazed terrorist (Timothy Bottoms) begins targeting amusement parks by planting armed explosives on the rides. When a park safety inspector (George Segal) and the FBI get involved, it becomes a high stakes game of cat and mouse to stop the mysterious bomber from his reign of madness before lives are lost. Co-starring Richard Widmark, Henry Fonda, Harry Guardino, Susan Strasberg and Helen Hunt.

Look for an early appearance by the new wave band Sparks during the rollercoaster’s opening concert.

During its release in 1977, ROLLERCOASTER was presented in SENSURROUND which was a low frequency bass sound that caused theater seats to rumble during the scenes featuring the exciting rides. Other movies that featured this gimmick were EARTHQUAKE (1974), MIDWAY (1977) and the theatrical version of BATTLESTAR GALACTICA (1978). 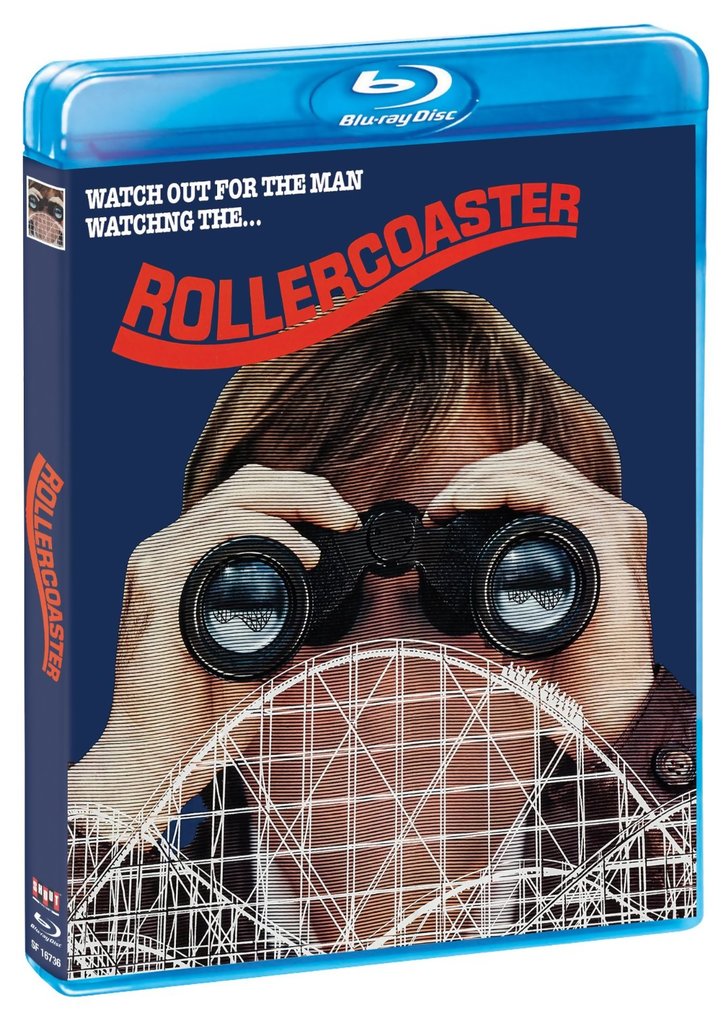