CRIMEWATCH: No Country For Old Men

Ten years later, No Country For Old Men still holds its place as a masterpiece: a majestically realized character study in which good, evil, and the unsophisticated take turns interacting with the just plain ordinary.

Josh Brolin is Llewelyn Moss, a down on his luck trailer park inhabitant who happens across a botched and bloody drug deal—as well as the $2,000,000 dollars left behind in a suitcase. He really has no choice does he? His life, as shown, is a collection of unrealized dreams dispassionately watched over by his well-meaning young wife Carla Jean (Kelly Macdonald). The illicit money would change things for the both of them: but what about the risks? Where do you stash that kind of money? And, will someone track you down and kill you for it? 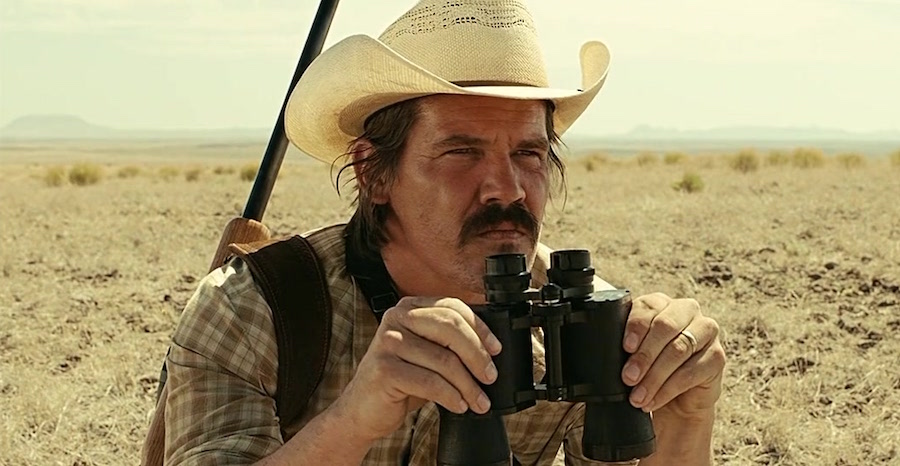 The answer of course is: yes. Hot on Llewelyn’s trail is Anton Chigurh (Javier Bardem), a man with a greasy mane of dark brown hair and a novel pressed air “death machine.” Determined, inventive and chillingly dispassionate, Anton is the ultimate villain: he’ll stop at nothing to get his money back and his resilience is almost supernatural. Trying to keep up with Llewelyn and Anton are Sheriff Tom Bell (Tommy Lee Jones) and Private Investigator Carson Wells (Woody Harrelson). 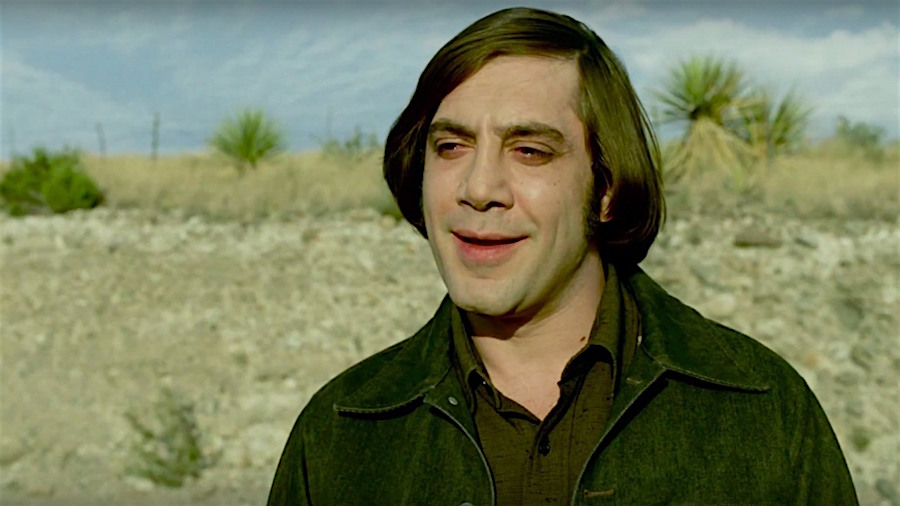 If inventive violence is at a premium in No Country For Old Men, so is profound resignation. Case in point: alongside a dusty highway Anton enters a gas station/convenience store and with the proven skills of a viper, looks into the soul of an elderly proprietor (actor Gene Jones as “Gas Station Proprietor”). Nonchalantly engaging the befuddled man in what we know is a life or death coin toss, Anton, through stealth inquisition, learns that the man inherited the station where he works from his wife’s father: he didn’t earn it himself. Although it’s all he has it’s the kind of lifeless, dusty place that no one wants to end up in—but so many do.

What we know, because we’ve seen Anton play this game before, is that if the Gas Station Proprietor loses the coin toss Llewelyn will kill him; if he wins he wins back his life; his soul crushing existence as a perpetual underachiever. Either way the outcome will be devastating.

Brought to the screen by the Coen Brothers (best known for Fargo), No Country For Old Men is both beautiful to look at and written with an unflinching eye for details, personalities and inclinations. It’s a pitch-perfect world where novel violence shares equal time with the whims of circumstance and fate. 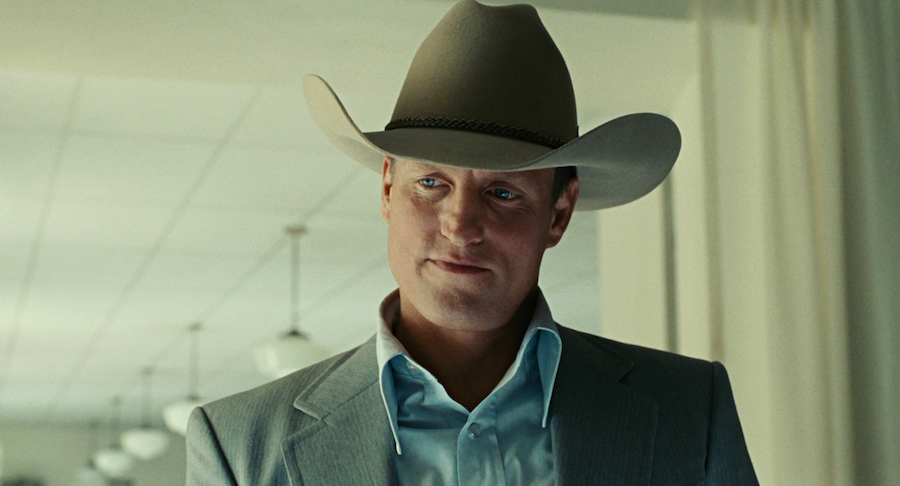