When it comes to a movie cop who doesn’t play by the rules, usually the very first name that people think of is Harry Callahan from the Dirty Harry franchise. He’s one of the main cops in film that used the famous “shoot first, talk later” tactic which later became a Hollywood cliche. Everybody tried to copy this formula back in the day, but there’s one movie in this category that stands out among the rest. It’s Beverly Hills Cop from 1984. This is not only one of the best Action-Comedy films I’ve ever seen, it’s also a prime example of how to make an impressive movie that you still can love three decades later. Believe it or not, it almost became a generic Dirty Harry clone since someone first attached Sylvester Stallone to the project. 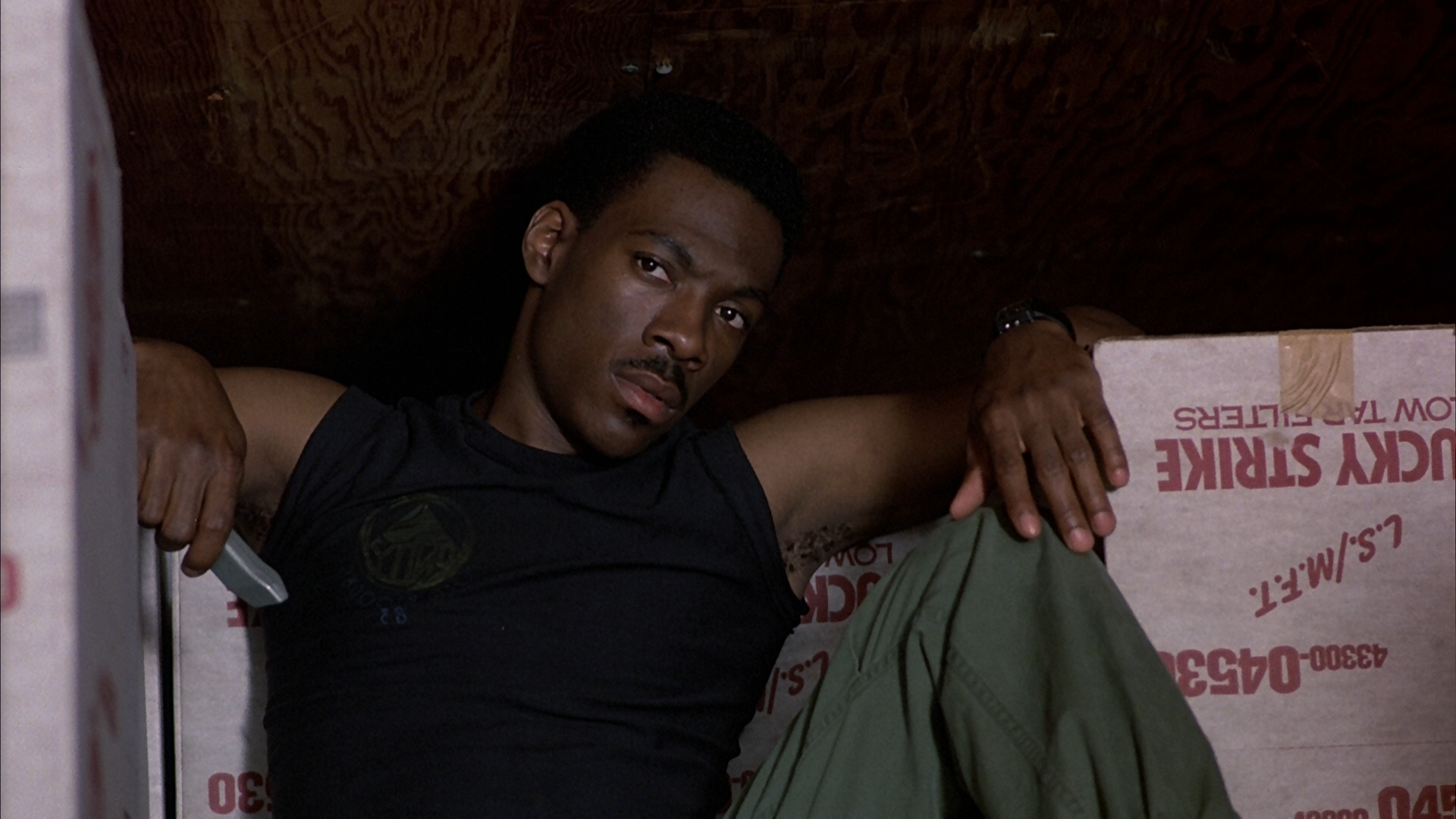 Yes, you read that right. Sly wanted this to be a straight-forward action-packed movie about a cop who is tired of rules and tries every possible way to catch the bad guys, no matter how illegal the procedure is. Unfortunately (or not), his script was too extravagant for the studio money-wise, so Sly left the project and revised his script. Years later, his project was completed and today we all know it as the film Cobra (1986). Although there are elements that are different from Beverly Hills Cop, Sly’s name in Cobra is Marion Cobretti, which is adapted from Axel Cobretti, the lead character from BHC that was later changed to Axel Foley in the final version. Although I like both Cobra and BHC, I think BHC is a much better film in terms of storytelling and character development. So what makes BHC stand the test of time? Well, as usual, I have to tell you first about the plot. 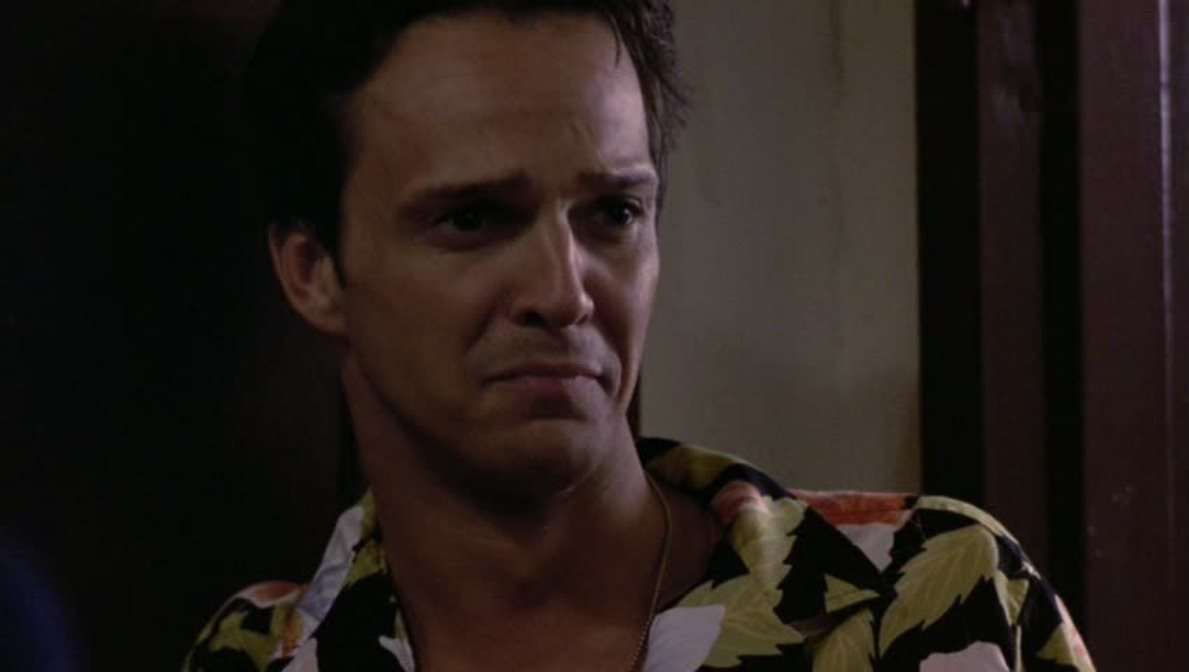 Axel (Eddie Murphy) a reckless Detroit police detective who has a sense of humor, is warned by his boss that he could be fired since his last undercover job has caused chaos all over town. Later that night, he meets his childhood friend, Mikey (James Russo), in his apartment. They talk to each other and have fun, but then all hell breaks loose. Mikey is murdered, so Axel decides to investigate, but there are two problems: Mikey worked as a security guard in Beverly Hills (which means that Axel has no rights to investigate since it’s a Beverly Hills police matter) and his boss wants him to stay away from the case. So of course Axel ignores him and spends the rest of his vacation time solving the crime surrounding Mikey’s death. He visits Jenny (Lisa Eilbacher) another childhood friend from Detroit who helped Mikey get the job as security guard. He wanders around the storage warehouse where Mikey worked, which leads him to Victor Maitland (Steven Berkhoff), the owner of the warehouse and Mikey’s main boss. Since Axel still causes problems now and then, the local authorities led by Lt. Bogomil (Ronny Cox) decide to send Sgt. John Taggart (John Ashton) and Detective Billy Rosewood (Judge Reinhold) to follow him. Keep in mind that John and Billy are by-the-book cops who never quite catch up with witty Axel and their results are always end in embarrassment. In the end they team up, learn to trust each other, and finally realize that Victor is the real culprit in this case. 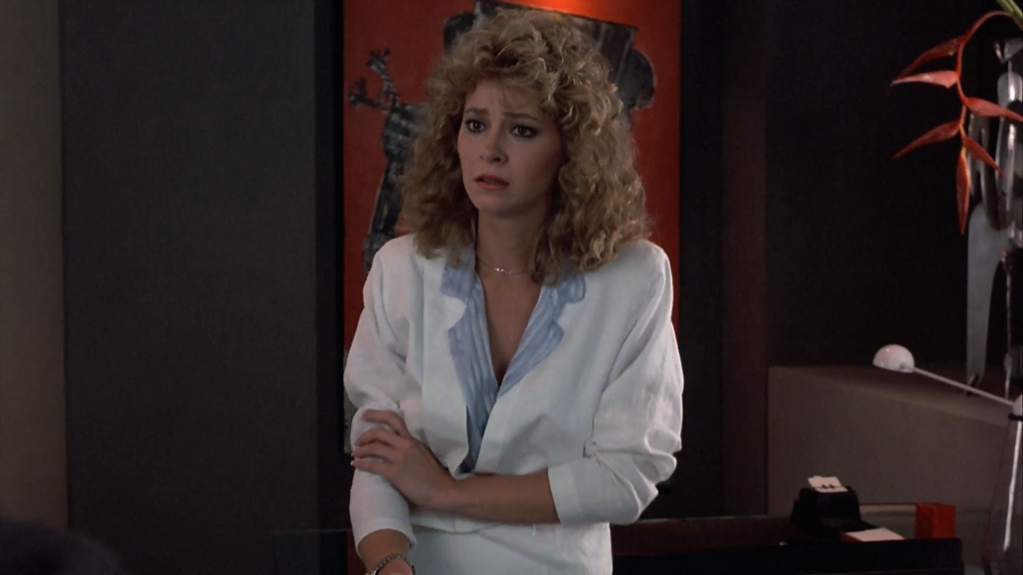 What makes Axel different from Harry Callahan is how he deals with problems. While Harry has an angry attitude and refuses to follow the law if HE can prove that the suspect is bad guy, Axel has a more optimistic and laid-back style. Although nobody takes him seriously, he’s smart enough to get away from dangerous situations or convince people to believe what he says. For example, when he arrives at an expensive hotel in Beverly Hills, he can’t book the room since there’s none available, so Axel delivers this monologue LOUDLY:

“Don’t you think I realize what’s going on here, miss? Who do you think I am, huh? Don’t you think I know that if I was some hotshot from out of town that pulled inside here and you guys made a reservation mistake, I’d be the first one to get a room and I’d be upstairs relaxing right now. But I’m not some hotshot from out of town, [shouting] I’m a small reporter from “Rolling Stone” magazine that’s in town to do an exclusive interview with Michael Jackson that’s gonna be picked up by every major magazine in the country. I was gonna call the article “Michael Jackson Is Sitting On Top of the World,” but now I think I might as well just call it “Michael Jackson Can Sit On Top of the World Just As Long As He Doesn’t Sit in the Beverly Palm Hotel ‘Cause There’s No Niggers Allowed in There!”. 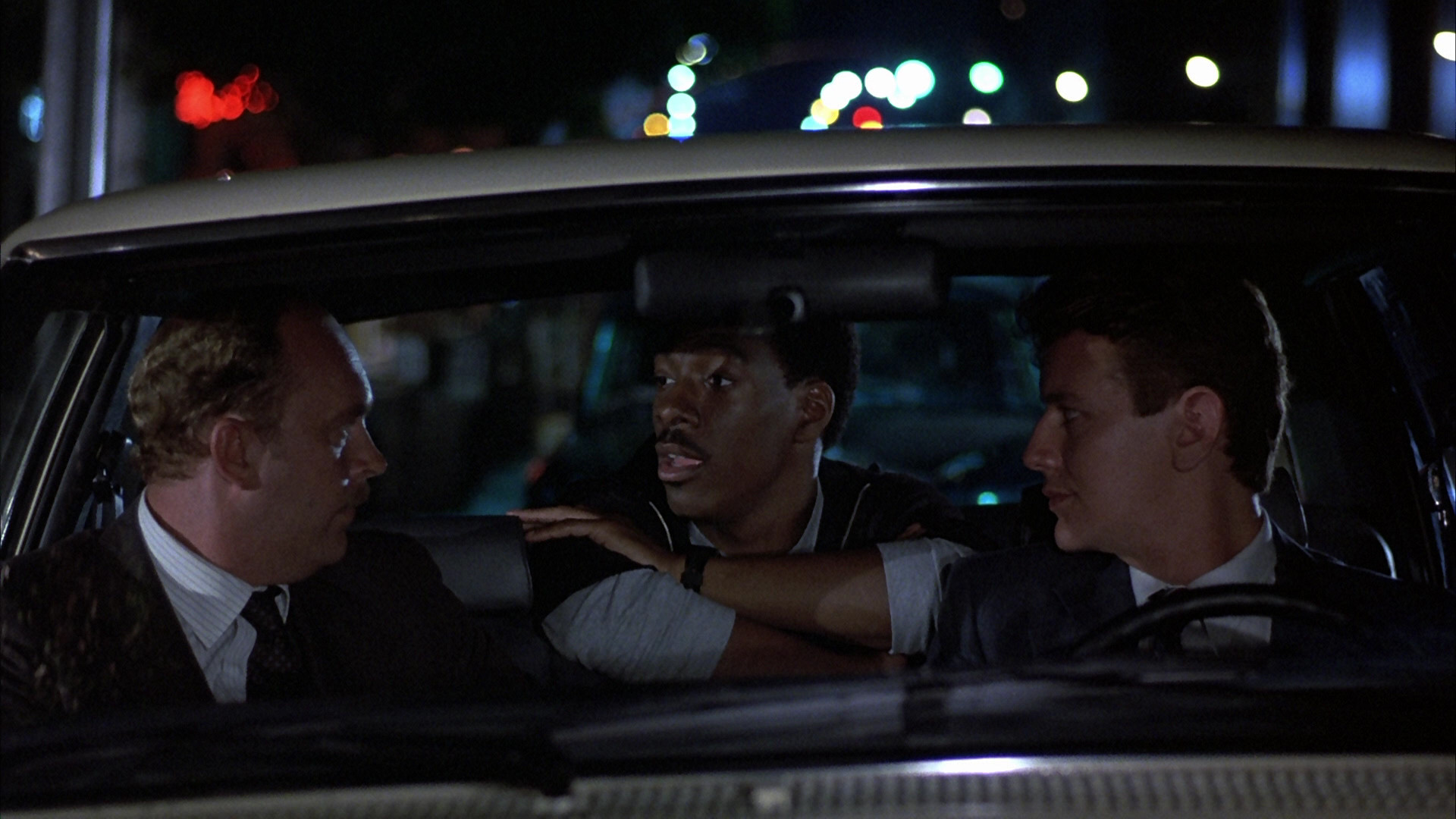 His witty dialogue pays off since the hotel manager can’t stand him anymore, so they give him a suite with a single-room rate. His clever tactics also work when he’s on duty. We all remember the classic scene when he puts a banana up the exhaust pipe of John and Billy’s car so they can’t follow him, but there’s also another scene that shows Axel’s abilities in the way he deals with people. It’s the scene in which he sneaks into the warehouse and the security guard catches him. At first he pretends to have a smoke and wants a lighter from the guard, but then quickly shows his badge and orders the guard to bring his supervisor there. Axel pretends to be a customs officer and then rants about how nobody there noticed him. Then he wants to investigate the boxes that may relate to Victor. When someone asks him about warrant, here’s how Axel replies:

“You know, you have a very big mouth, sir! Are you hiding something from me? Is that what you’re doing? I bet you that is your Porsche that’s parked outside, isn’t it? Isn’t that your Porsche? Is it? How would you like me to have the IRS come down here and crawl up your fuckin’ ass with a microscope? ‘Cause they’ll do it! I’ve seen them do it! It’s not a pretty sight! I want you to know something, pal! And I want all of y’all to know something! I can have twenty five agents down here in fifteen minutes to march in here, snatch your bond from underneath you and you guys’ll be out of business, permanently, if I don’t get some cooperation! Is that understood?” 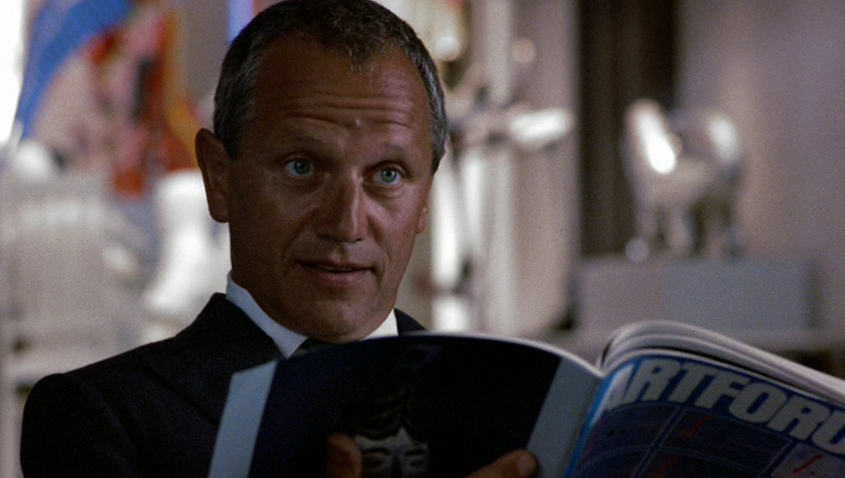 As you can see, the secret formula of BHC heavily relies on comedic dialogue and the Axel character himself. Unfortunately, this charm was ruined by the time BHC III was released. If you’ve seen internet comments like “BHC III sucks, don’t watch it”, they are right. That film tried too hard to turn Eddie into Jackie Chan since it has too many over-the-top stunts (which don’t work for Eddie) and the dialogue is weaker than the original. And speaking of this, not only did BHC create two sequels (I’ve only seen the third one and I’ll check out BHC II soon) but it also created a trend of similar movies around that time like Chevy Chase’s Fletch and the film version of Dragnet.