When we first see Travis Bickle (Robert DeNiro) he walks into a taxi cab stand as a ghostly cloud of steam evaporates around him. It’s an entrance of some kind of angel from hell. Travis suffers from insomnia, so he rides around on buses and subways at night. His idea is that being a cabbie will be the perfect job for him. When the interviewer (Joe Spinell) asks him if he’ll work the bad parts of the city, Travis tells him he’ll “work anytime, anywhere”. Why would he want to work in the worst parts of town? This is just the first inkling of why Travis essentially builds his own undoing from the start with his masochistic tendencies. We get the inherent sense from these early scenes in the cab stand that Travis is an odd duck, it’s in his apprehensive demeanor and his unhinged, wry smile. 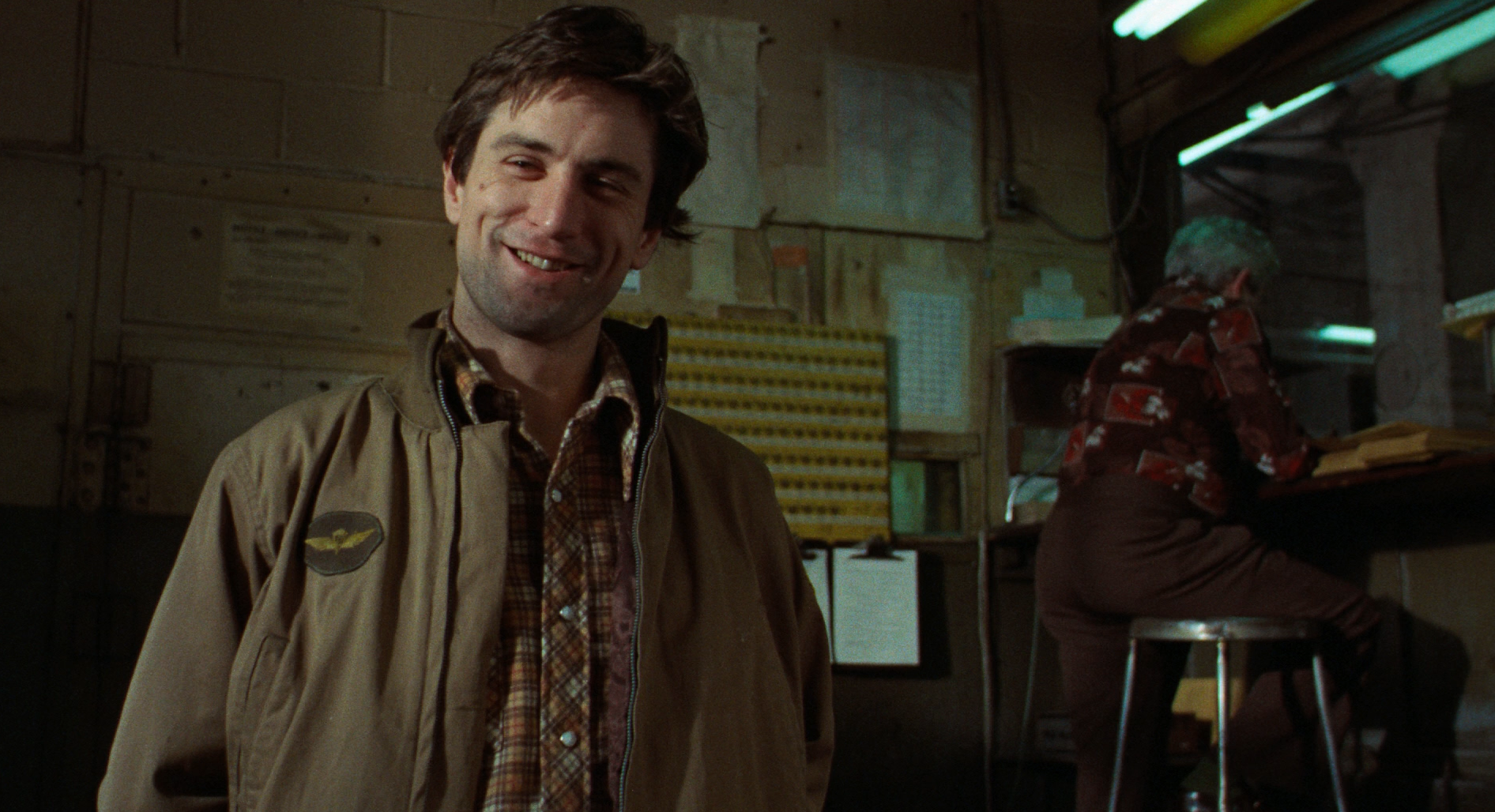 Travis lives alone and longs to “become a person like other people” so he focuses his attention on a beautiful blonde woman he spotted outside a local campaign headquarters, her name is Betsy (Cybil Shepherd). After many days of watching her from afar, Travis decides to walk into her office and proceeds to deliver a very dramatic self introduction where he lays all his thoughts and feelings in front of her. Travis reaches out to Betsy in an honest way and she is flattered and interested, but when they go on their first date he strangely takes her to a porno film. After a few minutes of watching the film, Betsy leaves the theater in embarassment and Travis follows after her. He is taken aback at her cold reaction to him when he wants to talk to her and find out why she’s so upset. When he tries to contact her again, she turns him down, adding to his growing frustrations and life as an outsider. In one of the most iconic shots of the film, Scorsese pans the camera down a long empty hallway as Travis pleads with Betsy on the phone, accenting his sense of isolation and growing alienation even more. 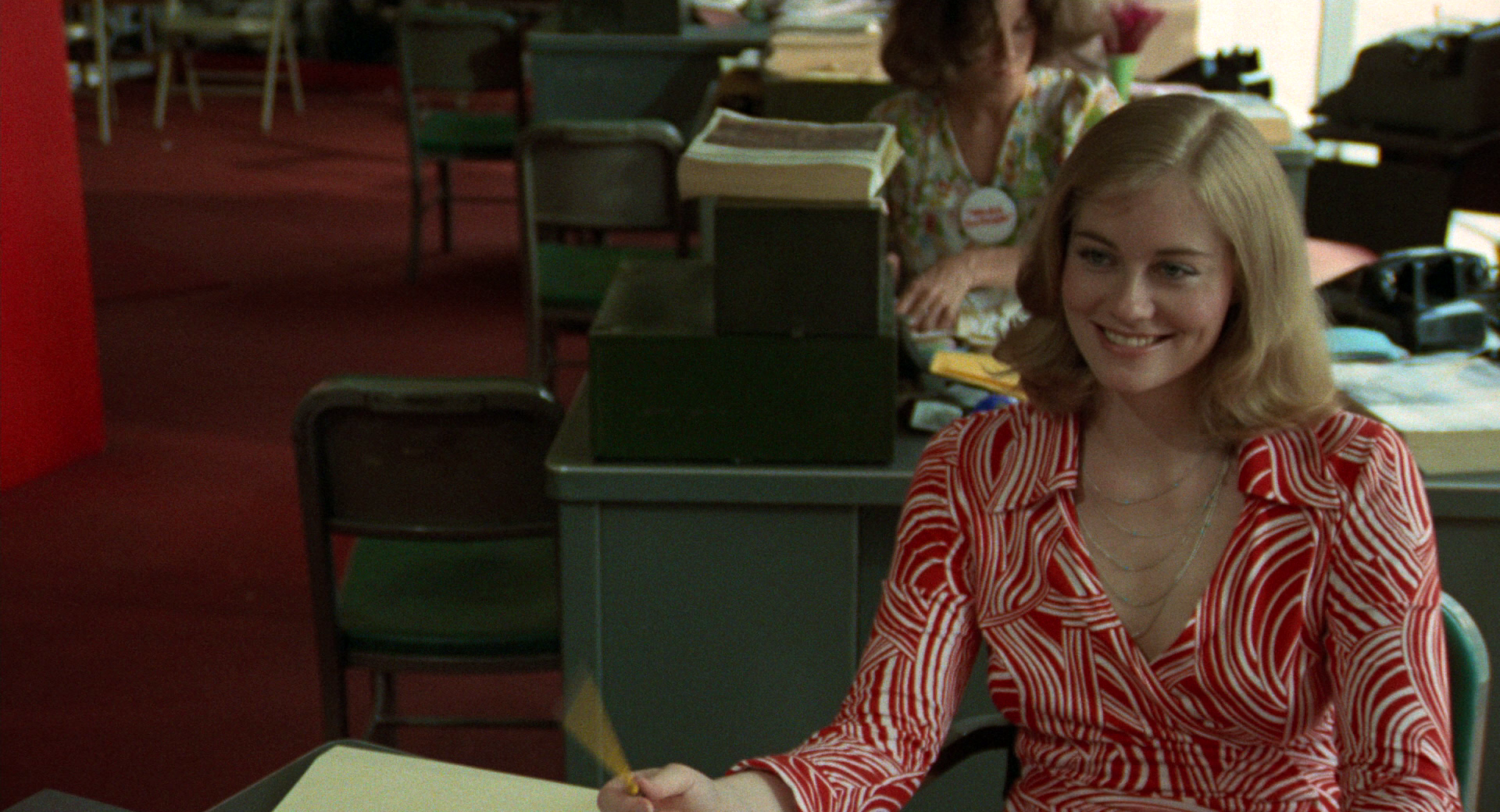 One night while out on the job, he almost hits a young female prostitute who is crossing the street. Travis slowly drives along and watches as the young girl walks off with her new johns. We can see Travis is disturbed by this. When he picks her up again one night and her pimp pulls her out of the cab before she can leave, Travis takes this as his opportunity to play the hero and rescue the young girl from her situation. Travis pays to see Iris (Jodie Foster) but then lets her know he wants to help get her out of her lifestyle…only she doesn’t want to go explaining she is safe with her pimp Sport (Harvey Keitel). Travis is shocked at this, creating yet another disconnect with his personal views on what is right and wrong. Travis, now feeling even more dejected and despondant begins to truly lose his sanity. He becomes obsessed with guns and begins training for some kind of ultimate showdown through urban cleansing. 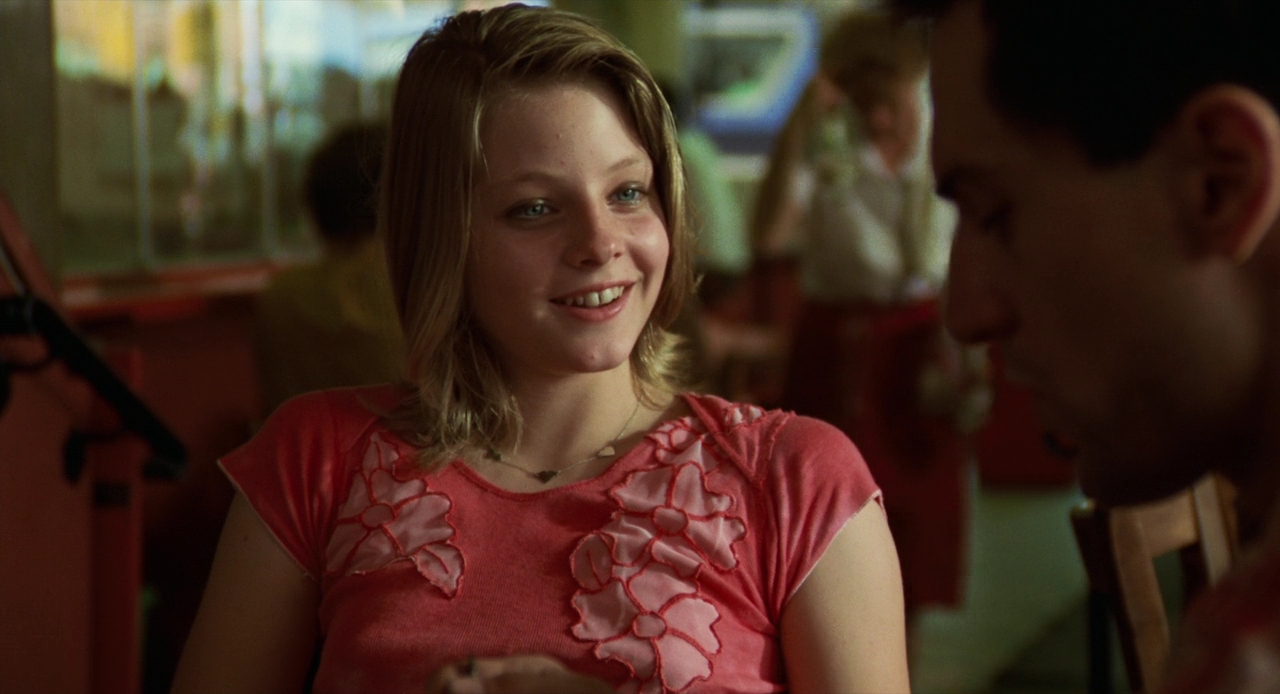 Throughout the film Scorsese has Travis deliver a voiceover narration, giving his thoughts about the negative aspects of the city and his life. These testimonials reiterate he is a lonely, desperate figure, looking for something to be a part of, still, he is someone any person could relate to. Only Travis seems to constantly put himself into situations that create negative reactions from others and re-inforce his own feelings of isolation. We find out that Travis is a Vietnam vet and was honorably discharged. It is also possible that Travis is mentally disturbed from the war, but that doesn’t give him the right to be judge, jury and executioner against a part of the world he sees as evil. While he is correct on certain views, he is also a racist and continuously fuels his own resentments with his compulsion to put himself in and around the seedier parts of society. He is as Betsy called him a “walking contradiction” someone who is both repulsed and attracted to the very things he is disgusted by. 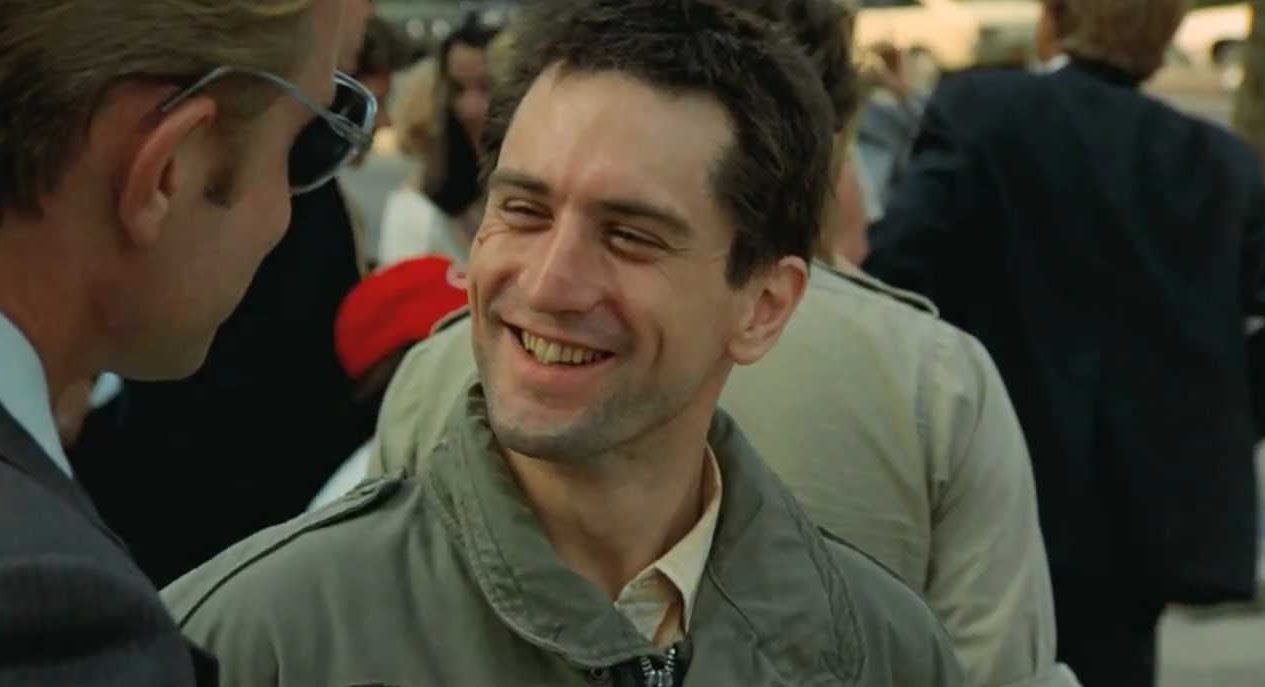 Taxi Driver is a dark, nightmarish tale but it’s done in such a beautifully realized way. Scorsese uses so many intricate camera moves and captivating shots to enhance the disturbing atmosphere of Travis’ mind and his outlook on the world he lives in. Whether it’s in his cab, eating at a diner or just him looking in the mirror acting like a cowboy in some western he saw, Scorsese portrays Travis’ world with such a cinematic fervor and attention to detail. 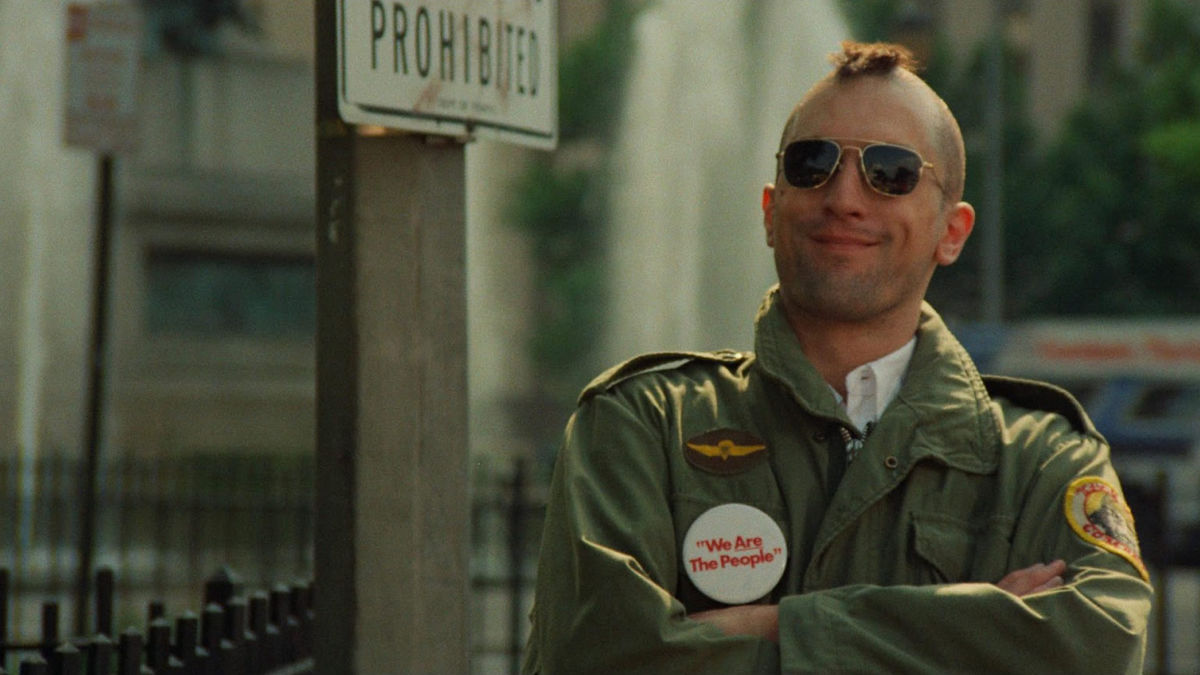 Scorsese’s cinematic influences in Taxi Driver range from the visually brilliant works of Powell-Pressburger to the groundbreaking Nouvelle Vague films by Jean Luc Godard to the gothic Italian B-horror cinema of Mario Bava. The richness and variety of cinema Scorsese loves is a big reason why Taxi Driver became such a monumental work. Together with Paul Schrader’s noir inspired tale of urban-alientation and Robert DeNiro’s brilliant performance as Travis, the three artists came together in a serendipitous fashion, focusing their respective talents into one glorious piece of cinema storytelling.

Video: The new high definition transfer which was overseen by Martin Scorsese and his cinematographer Michael Chapman is simply the best the film has ever looked in a home entertainment presentation. The 4k scan preserves the essential resolution of the original 35mm negative and the end result is a picture quality that looks like a brand new masterprint for 1976 but is at the same time not over-processed while keeping it’s original grainy qualities. There were also major scratches running through some scenes which were specifically repaired for this release.

Audio Mix: The original mono magnetic master was used along with the original 4 track stereo recordings which were incorporated into a special 5.1 audio mix that Martin Scorsese’s personal audio engineers developed. 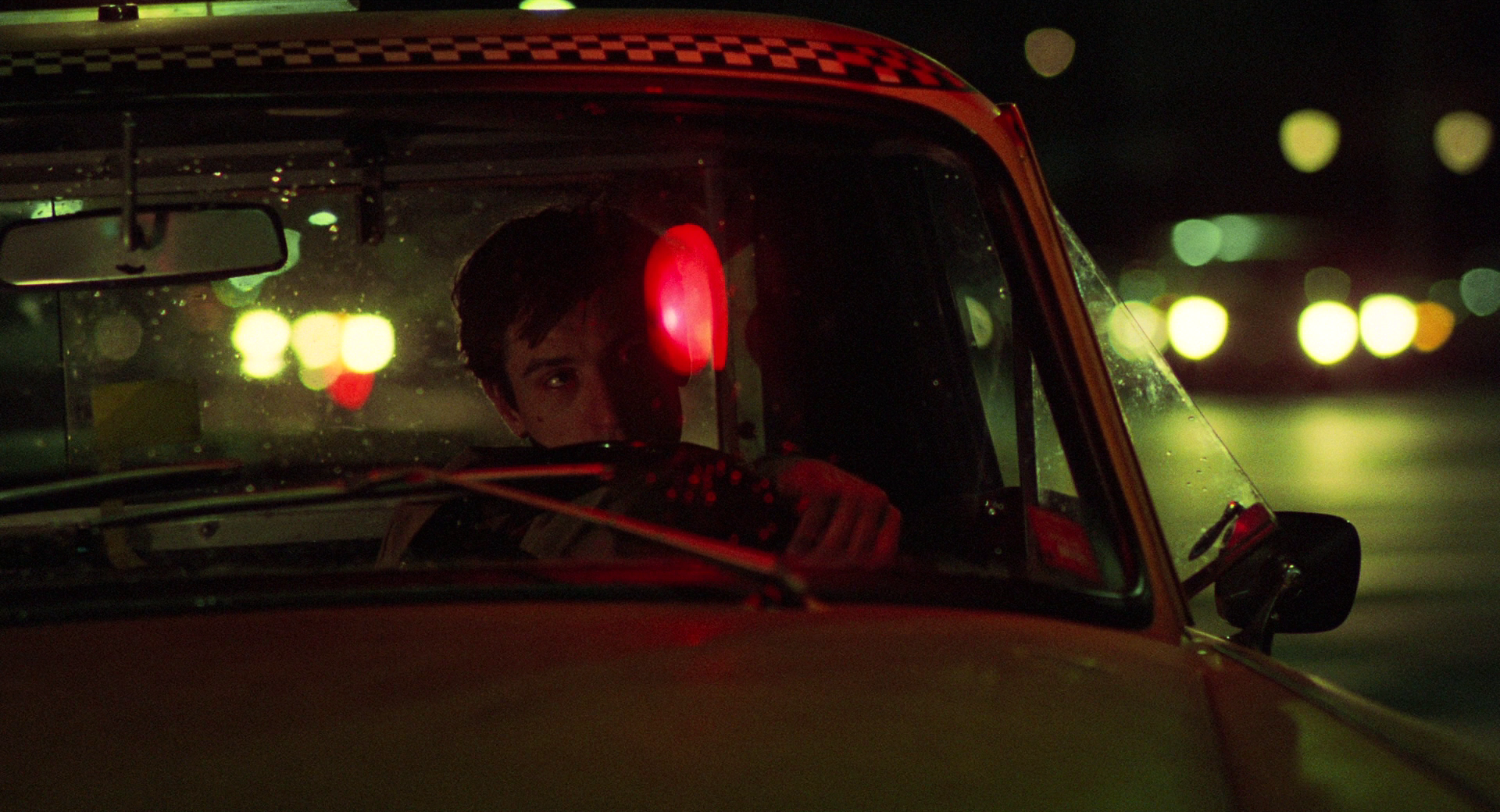 Original 1986 Commentary with Director Martin Scorsese and Writer Paul Schrader recorded by The Criterion Collection – This highly informative, introspective commentary by the two main authors of the movie will give viewers a completely engaged detailed overview of where the film came from psychologically.

Interactive Script to Screen: This cool feature scrolls the original screenplay along with stage notes onscreen as the movie plays and points out the differences between them.

Feature Length Commentary by Writer Paul Schrader – The screenwriter of the film discusses more detailed aspects of his inspirations on the story, his collaboration with Martin Scorsese and how he views the finished work.

Feature Length Commentary by Professor Robert Kolker: A discussion that looks at the film from a scholarly perspective. Kolker points out the many cinematic influences and references to other films including works by Robert Bresson, Hitchcock and John Ford. Kolker is the author of the book A Cinema of Loneliness.

Martin Scorsese on Taxi Driver: The director discusses his views on the film and the many artistic influences that were incorporated into the project. – 17 minutes.

God’s Lonely Man: A featurette about Writer Paul Schrader’s time writing the script and how the theme of loneliness informed the story. – 21 minutes.

Producing Taxi Driver: Producer Michael Phillips talks about how the film came to be from script to screen. – 10 minutes.

Taxi Driver Stories: Several New York cabbies that worked during the 1970s recant tales about their encounters and their view on the lifestyle of a cab driver. – 22 minutes.

“Travis’ New York Locations”: Nine different settings where the film was shot are compared: 1975 versus 2006 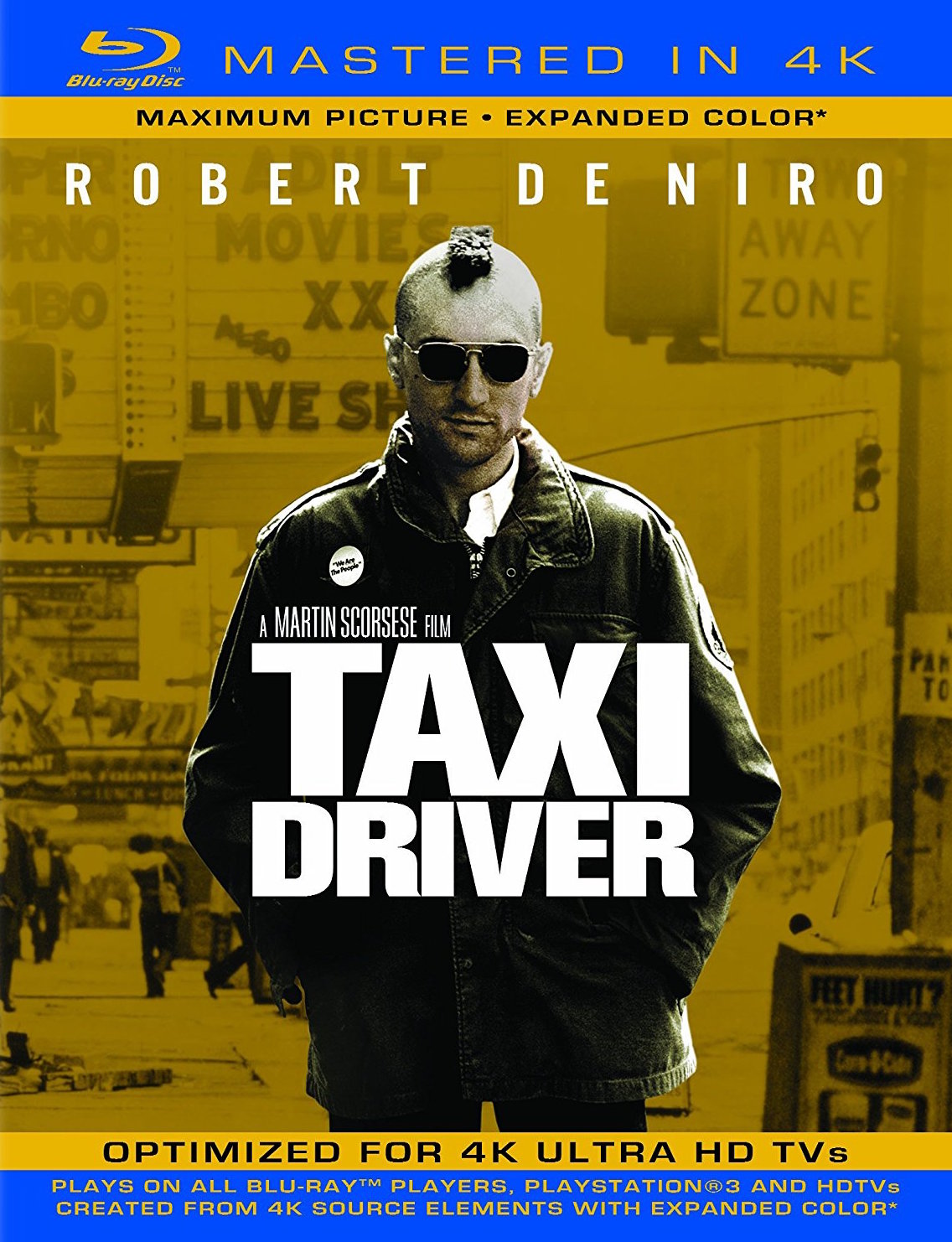