Before Robert Altman’s Neo Noir The Long Goodbye (1973) which revolves around the character of private detective Philip Marlowe, another film was made called Marlowe (1969) starring James Garner in the title role. If you watch both these films back to back you can clearly see the differences. One is a traditional story while the other is more of a post-modern deconstruction of the hardboiled detective archetype.

We are introduced to Philip Marlowe (Elliot Gould) not at his office or on the job but as he lazily awakes from slumber and is forced by his hungry pet cat to goto the store and get some pet food. Marlowe, unable to get the specific brand it likes, secretly and painstakingly puts it in a used food can to satisfy the finicky animal. 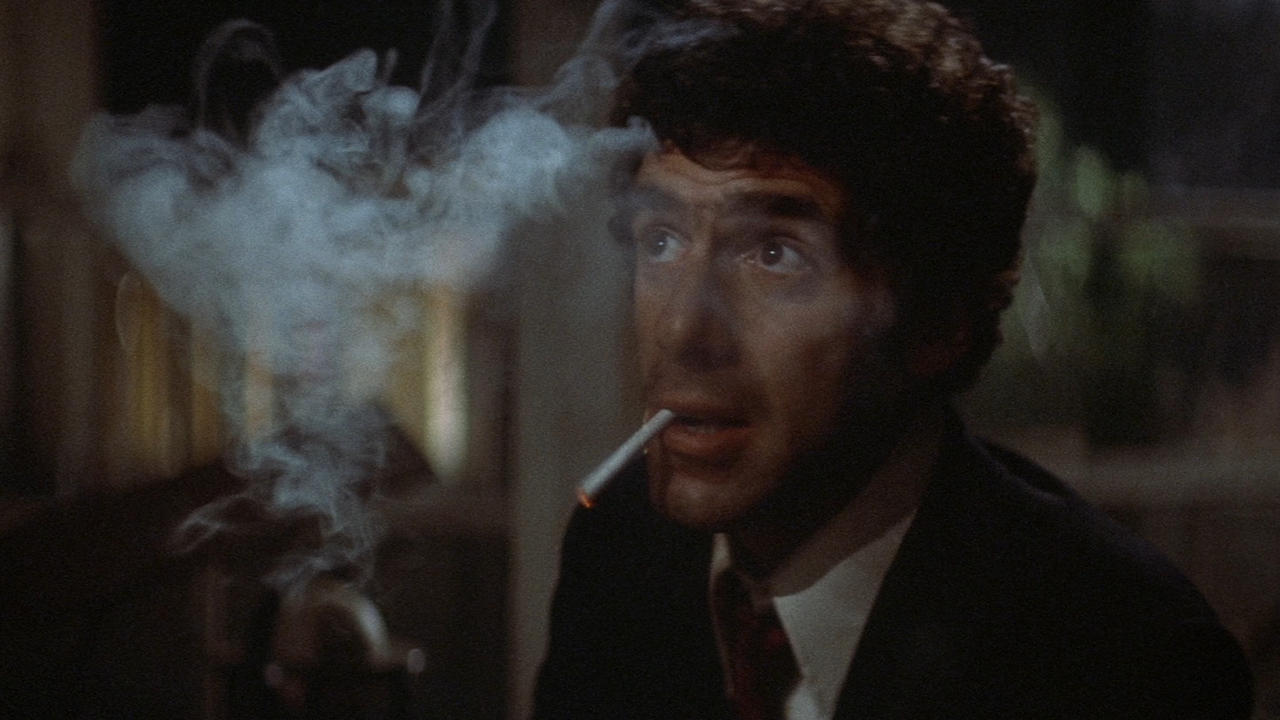 One of Marlowe’s friends, Terry Lennox (Jim Bouton) shows up at his place and asks for a lift to Tijuana, Mexico and like a good guy he agrees to drive him there. When Marlowe gets back he is visited by two cops who explain that Lennox killed his wife, a shocked but loyal Marlowe refuses to give them any information and they bring him to jail for questioning. A few days later, Marlowe is freed when Lennox is discovered dead after an apparent suicide in Mexico. While the police and press are satisfied with that resolve, Marlowe doesn’t buy it and begins his own investigation as to what really happened. While looking into Terry’s situation, Marlowe is hired by a wealthy woman named Eileen Wade (Nina Van Palandt) who wants to find her husband Roger (Sterling Hayden) an Ernest Hemingway-esque writer who is known to go on drunken binges and has dissapeared for several days. As he digs up clues on Wade and discovers that the Wades knew the Lennoxes realizes there could be more to the story than what he thought. Marlowe must also deal with an eccentric gangster named Marty Augustine (Mark Rydell) who is owed money by Lennox and confronts Marlowe giving him a demonstration of just how brutal he can be to those he doesn’t like.

If you’ve watched any classic film noir, you’ll recognize the departure Robert Altman took with his version of Philip Marlowe. Gone is the shrewd, no nonsense tough guy, instead Gould plays him as a scruffy, mumbling, neer do well living on the fringes of society, a man out of his time. Altman’s nickname for the character was “Rip Van Marlowe” as if he has slept for 20 years and awakes in a different world. Another variation on the idea could be that Gould is playing the son of Bogart’s Marlowe and grew up amongst the changes from the 50s to the late 60s but has retained many of the familial traits. 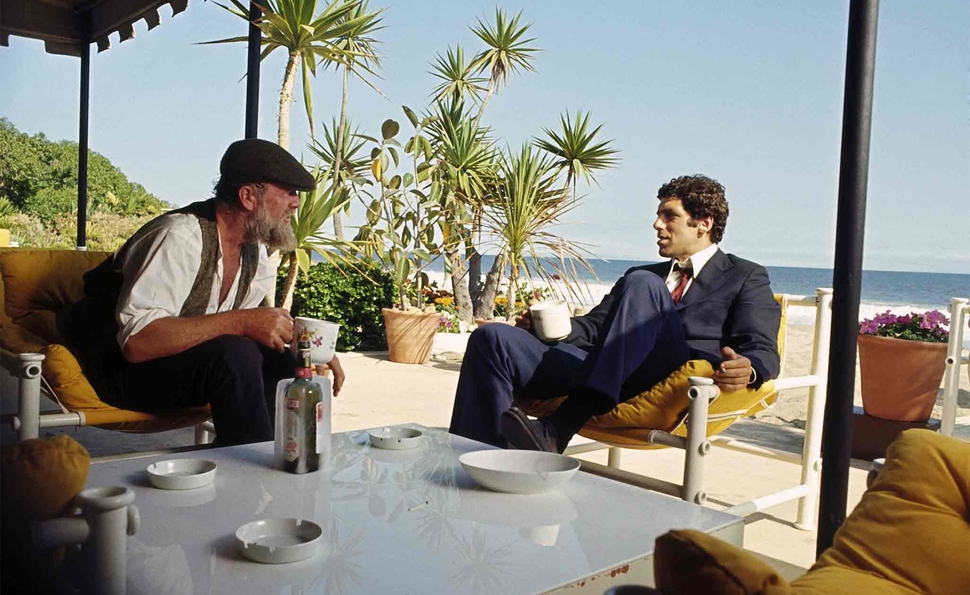 The screenwriter of the film Leigh Brackett really went a completely different direction in comparison with the original book the film was based on. She added more subplot, new characters and original ideas to start. Most importantly were the changes regarding popular culture and the general satirization of the noir genre with this Marlowe being a wiseass who’s seen a lot of movies. Yet, Gould’s Marlowe is still shown to be stuck in a different era as he chain smokes while noone else does including his health conscious female neighbors who happen to be a group of performers that are constantly dancing around as he skulks back and forth on his detective related travels. In a nod to the original character, Marlowe drives a clunky 1948 Lincoln Continental convertible as opposed to a compact sportscar which you’d expect to see a detective driving in 1973. One could make a direct connection from Altman’s film to the Coen Brothers 1998 cult classic The Big Lebowski which is almost like the child of this film as its based on another Marlowe novel The Big Sleep with its hardboiled private eye reinvented as a stoner.

The gorgeous, lush cinematography by DP Vilmos Zsigmond depicts a very soft, hazy, laidback, sunbaked vision of Los Angeles California of the 1970s. It is the element that gave Altman the distinct atmosphere he needed to bring his Marlowe to life and go against the trademark stark black and white visuals of the early movies.

Buy The Long Goodbye on BluRay 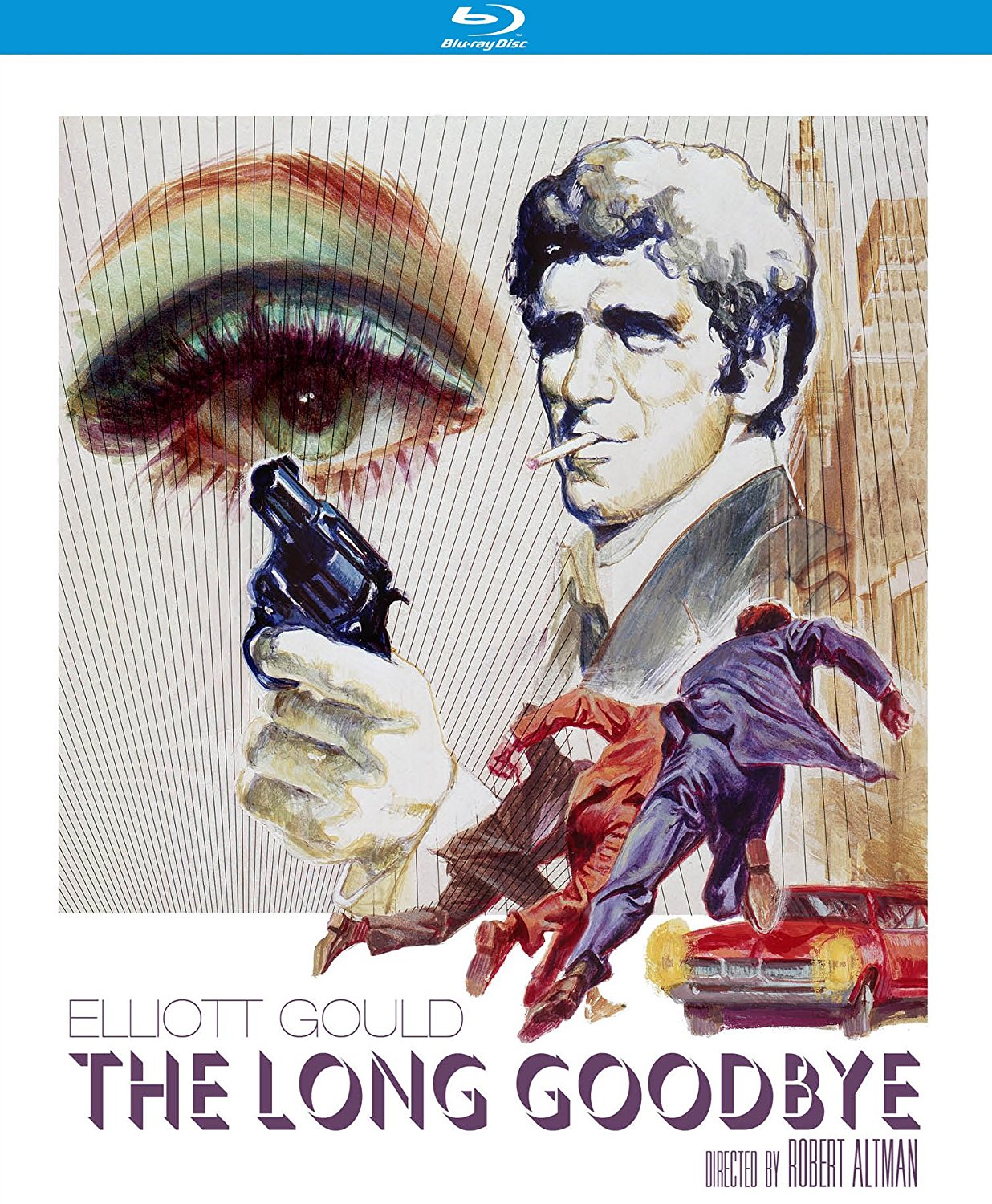