The Thing From Another World

On November 20th, Warner Archive will release a BluRay edition of Christian Nyby & Howard Hawks’ 1951 sci-fi/horror classic THE THING FROM ANOTHER WORLD.

Synopsis: When scientist Dr. Carrington (Robert Cornthwaite) reports a UFO near his North Pole research base, the Air Force sends in a team under Capt. Patrick Hendry (Kenneth Tobey) to investigate. What they find is a wrecked spaceship and a humanoid creature (James Arness) frozen in the ice. They bring their discovery back to the base, but Carrington and Hendry disagree over what to do with it. Meanwhile, the creature is accidentally thawed and begins wreaking havoc.

Buy The Thing on BluRay 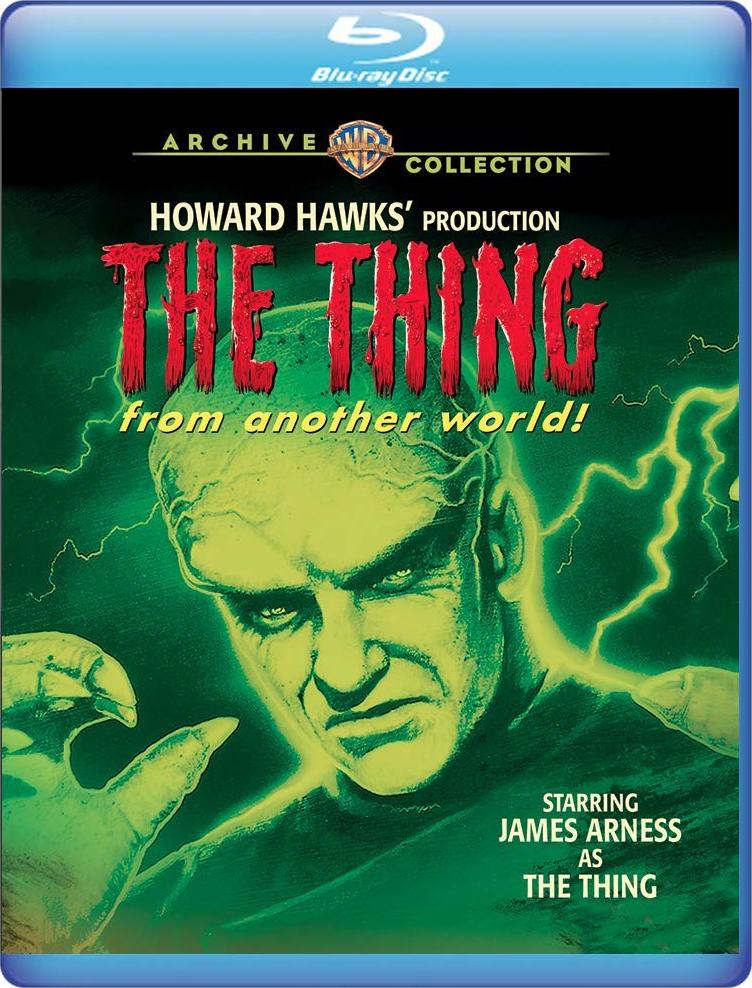