Patrick Swayze is a bar brawling badass in ROAD HOUSE

“I thought you’d be bigger”

On September 6th the new speciality label Shout Select will be releasing a Collector’s Edition of one of our all time favorite action films, the 1989 cult classic ROAD HOUSE starring Patrick Swayze.  BUY FROM AMAZON

Dalton (Patrick Swayze) is the best bar bouncer in the business, but he’s anything but “typical.” He’s a little small for his trade, has a degree in philosophy and he believes in “being nice.” But when he’s hired to clean up the Double Deuce in the small town of Jasper, he’s pushed to his breaking point.

Turns out Jasper is controlled by an evil sadist (Ben Gazzara) who doesn’t want anyone meddling with “his” town. After he sends his goons to bust up the Double Deuce, all hell breaks loose.

Now it’s “no more nice guy” for Dalton as he starts busting heads, leading him to the all-time, no-holds-barred showdown of the century. 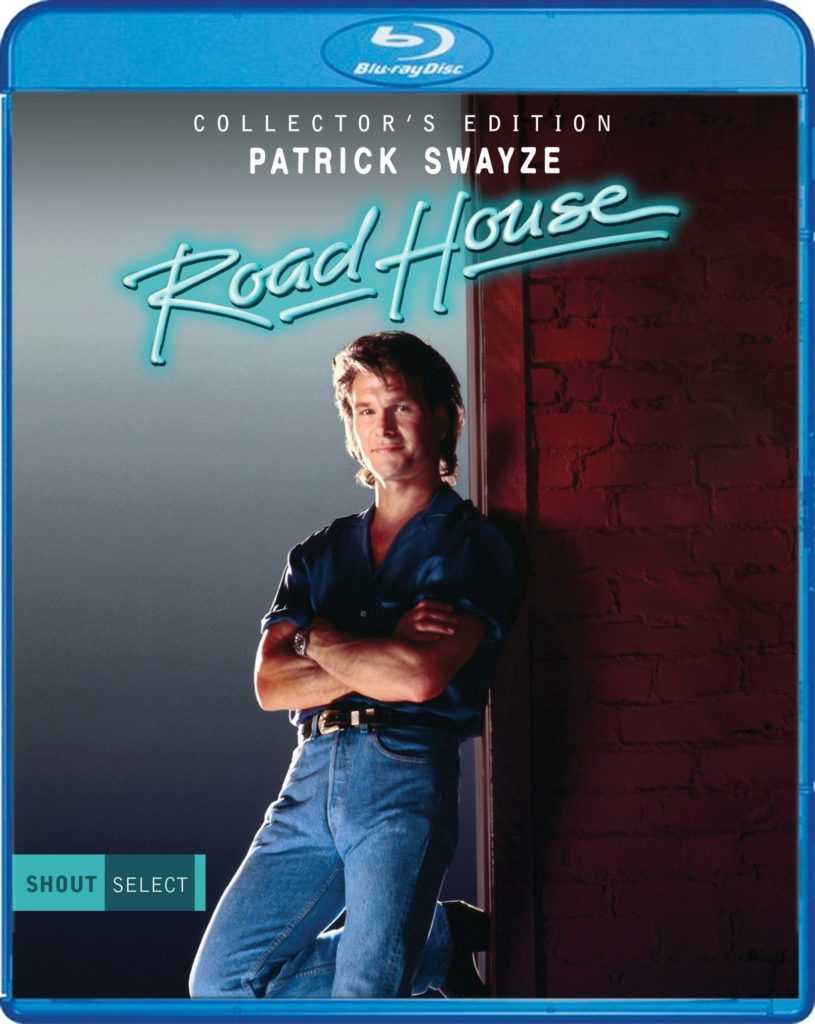