Judy Garland was a force of nature: it’s the reason she’s remembered. She was more than a singer and actor, she was a phenomenon. During her lifetime, as the years passed, the world watched as the little girl from The Wizard of Oz, grew up, got married, got divorced, had children, and had public battles with addiction, depression and money; no matter how hard she worked she couldn’t keep a penny in her pocket. 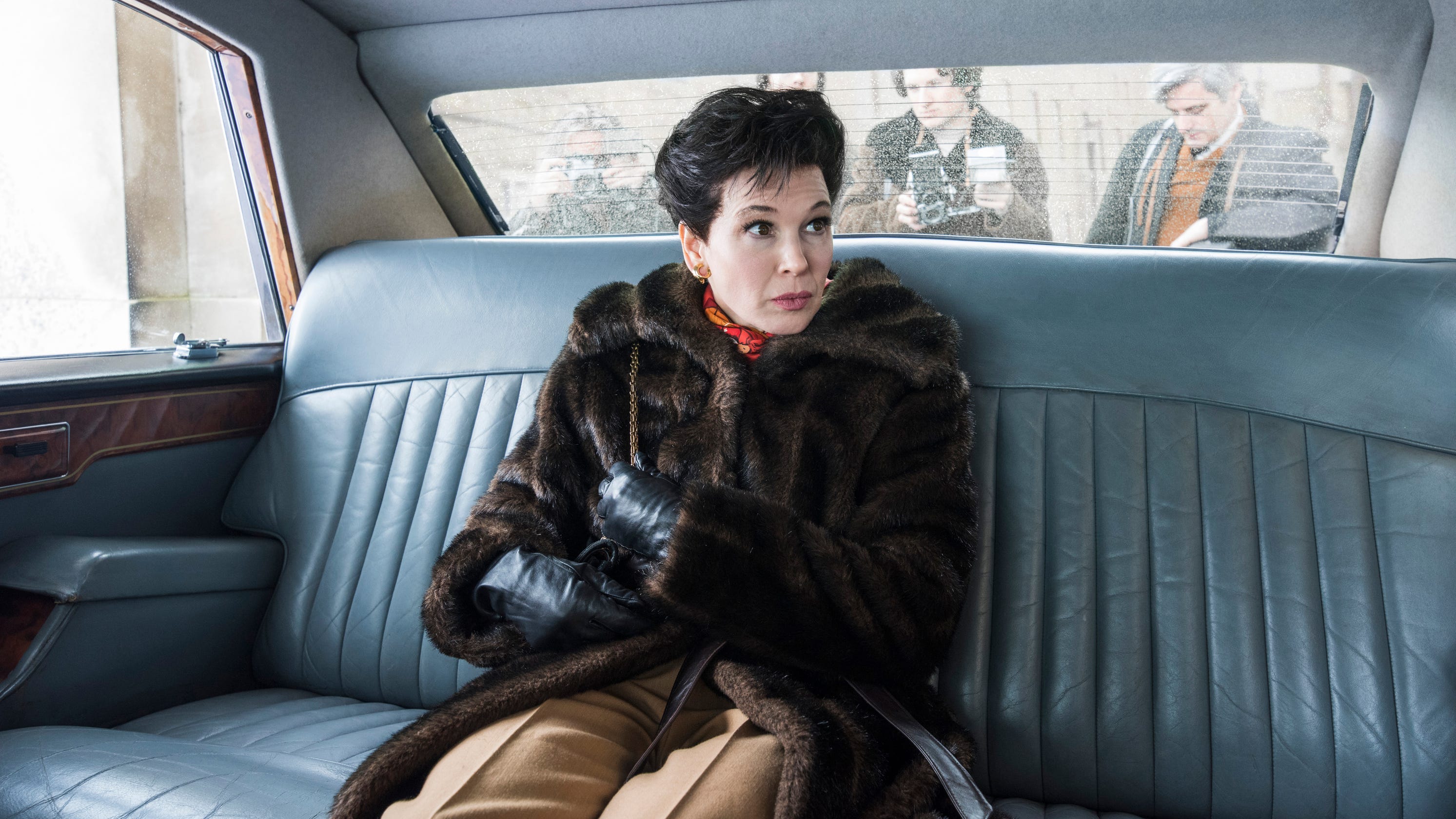 Judy’s stellar gifts made her a freak. As the head of MGM Louis B. Mayer (Richard Cordery) points out, she’s not like the prettier girls in her town, and they are not like her. Judy, “a fat-ankled gap-toothed rube” (Mayer’s summation) was born to be the inspiration for those pretty-faced girls. She was born to be great: they were born to be comfortable.

Renee Zellweger plays late career Judy Garland with concentrated commitment: perhaps too much so. Did Judy never have a moment during her later years where she didn’t twitch or involuntarily jerk? Did she never look at anyone straight-on rather than through a cocked head and side-eye? The producers of Judy apparently don’t think so. And, regardless, Zellweger does capture something of Judy: and that’s quite a feat. 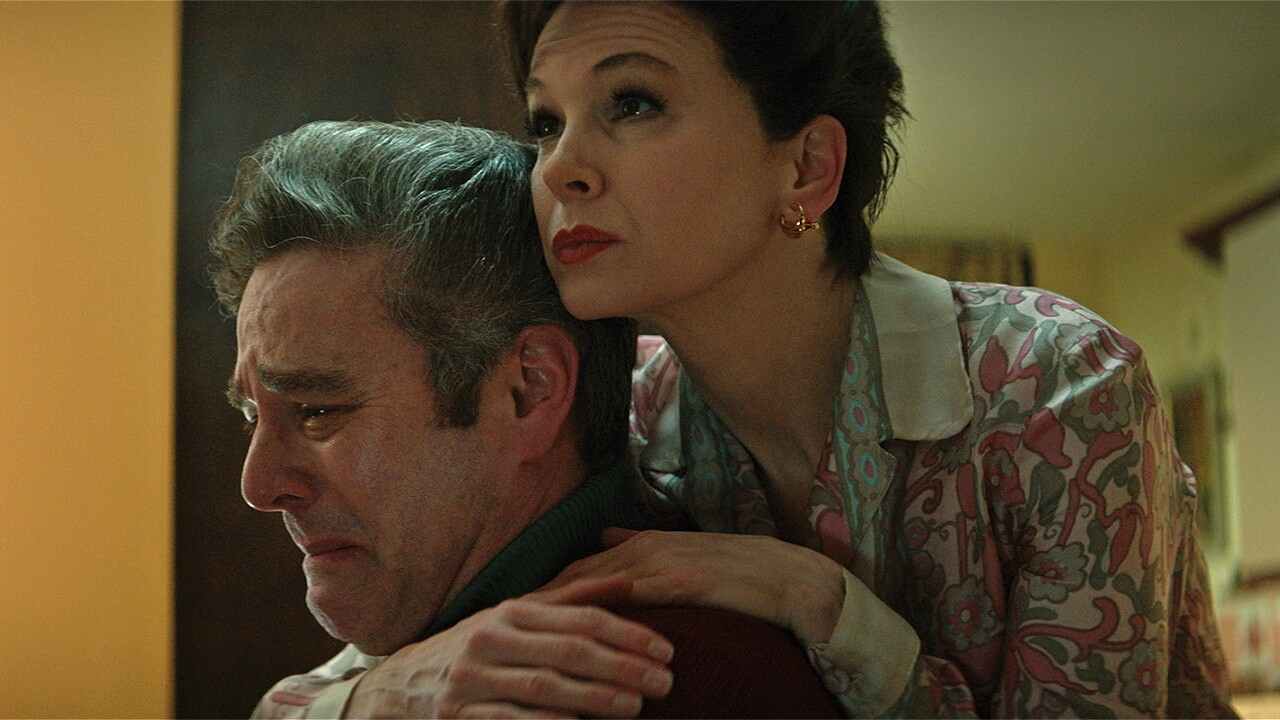 Judy’s final days were largely bleak. And the filmmakers—in particular screenwriter Tom Edge—are to be commended for not presenting a deathbed scene: Judy slumped over dead on her bathroom toilet at age 47. (Zellweger is three years older than Garland was when she died). What stands out in this film is Judy’s endurance, her ability to continue until she couldn’t anymore. Forced to take pills at an early age and work 18-hour days, a victim of perpetually toxic environments, “sold” by her mother to a movie studio, Judy existed in two worlds simultaneously: the always perfect technicolor make-believe world in front of the camera; and the disrespect, insults, and abandonment behind.

There’s been a lot of talk about Renee Zellweger being a shoe-in for an Academy Award (she already has one for 2003’s Cold Mountain) and perhaps she’ll win again: Hollywood loves a story about their own. She’s been praised for daring to sing several of Garland’s signature songs—tunes etched into the firmament of popular culture, using her own voice. Some moviegoers would rather hear Judy. Either way, the magic that was Garland—as well as her well documented triumphs and setbacks, are being presented here to a whole new generation: and that’s a good thing. After seeing Judy you’re sure to seek out the original. 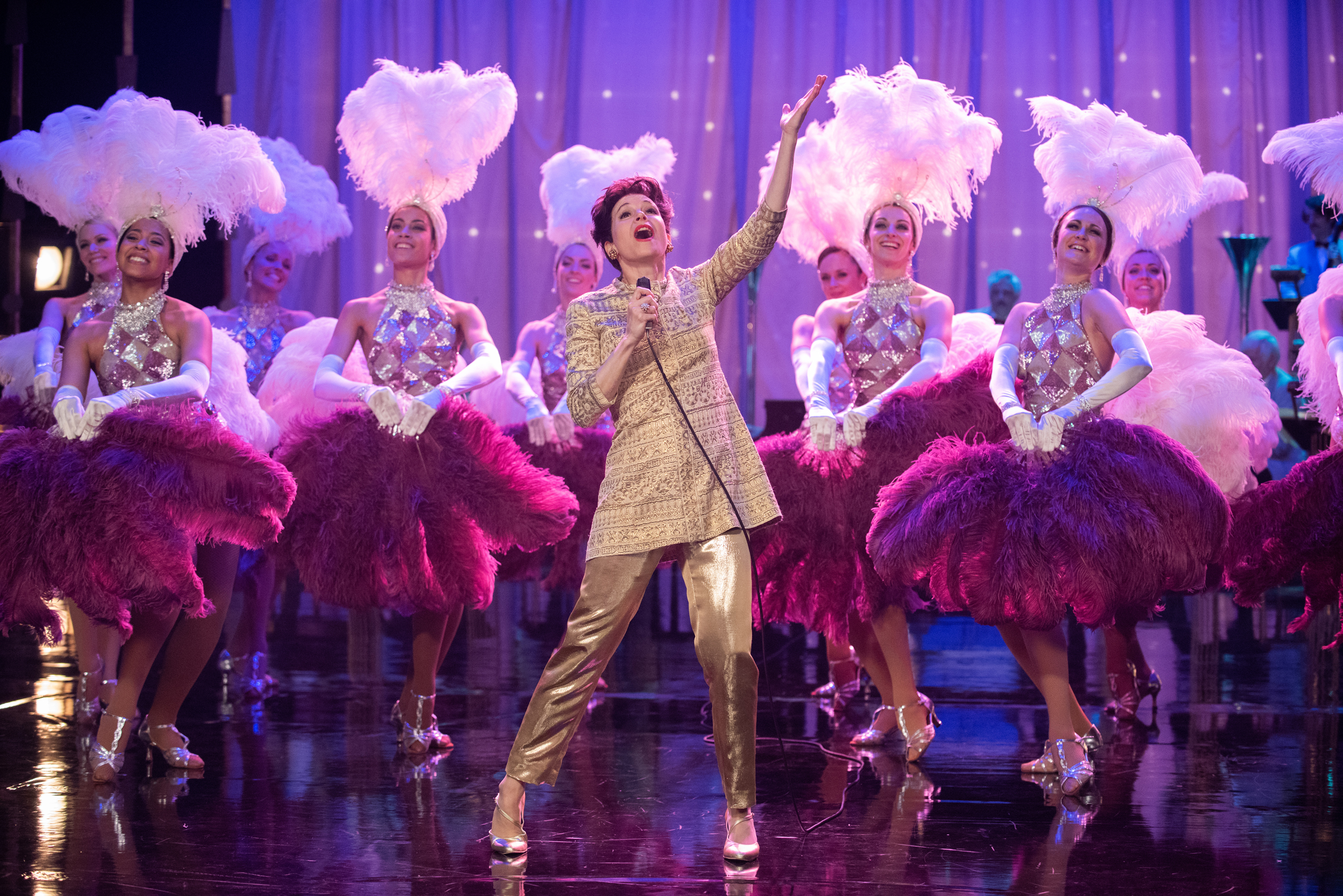