“Women get this movie much quicker than men. Women also understand. You know, for so many years men throw the word ‘rape’ around and never thought about what they were saying. And I think the picture makes men think about something that’s very important, that we understand the pain and embarrassment and the change of people’s lives.”- Burt Reynolds

In 1972 John Boorman (Point Blank, Hell in the Pacific) directed DELIVERANCE, which was based on a 1970 novel by author James Dickey (who has a cameo as the sheriff and co-wrote the screenplay with an uncredited Boorman). It would go on to become a smash hit and make a star of actor Burt Reynolds.

A group of friends, Lewis Medlock (Burt Reynolds), Ed Gentry (Jon Voight), Drew Ballinger (Ronny Cox) and Bobby Trippe (Ned Beatty) decide to go on a weekend canoe trip down a Georgia river. They’re all businessmen that come from the big city and aren’t used to the untamed environment save for Lewis who is an outdoorsman. This will be an experience none of them will ever forget.

When they arrive in a small backwoods area near the river they find the inhabitants are true hillbillies (played by non actors which gives the film even more of an authentic effect). Lewis inquires about hiring a couple of them to drive their vehicles down to Aintry, which is a town at the end of the river they’ll be traveling down. Drew finds a new friend when he begins playing his guitar with a boy (Billy Redden) on a nearby porch. This kid (who looks to be a product of inbreeding) plays the banjo like a real master and the tune (now known as ”Dueling Banjos”) is a fast pickin’ delight. The sequence is an iconic one from the film. When the song is finished an impressed and exasperated Drew tries to shake the boys hand but is met with a cold reaction from his fellow musician.

The men all hop in their trucks and take off hootin and hollerin ready for the adventure ahead. Lewis is clearly the macho alpha male of the group and lives for things like hunting and fishing. Lewis and Ed rapidly drive their jeep through the rough terrain searching for a place to depart. Finally they discover the Cahulawassee River by listening for the sound of rushing water. The men load into their canoes and start paddling downstream. As they come to a rickety rope bridge overhead, the inbred boy stands and peers at them, swinging his banjo like an ominous pendulum.

A really exciting river rafting sequence takes place. It’s an exhillerating, potentially dangerous experience for them. Later that night the group set up their camp on the bank of the waterway. Drew plays a melodic song on his guitar as the others have a drink and chat. When Lewis hears a noise nearby he walks into the darkness to investigate. The others become alarmed and nearly jump out of their skin when Lewis suddenly appears again in front of them.

The next day the trek down the river continues. Ed and Bobby stop and wait for Lewis and Drew to catch up when Ed notices some figures lurking in the woods nearby. Two grubby looking mountain men (Bill McKinney, Herbert ‘Cowboy’ Coward) confront them. Ed tries to be friendly by negotiating but the mood becomes very intense. At gunpoint they’re forced to walk up into the forest and Bobby is sexually assaulted while Ed is bound to a tree. This infamous sequence (later paid homage in Pulp Fiction) is a close up look at what rape is about, which is overpowering the victim through intimidation and force. Suddenly Ed notices Lewis in the distance with his arrow aimed at the rapist hillbilly. He shoots and kills him while the other hick manages to escape by the skin of his tooth.

The men are then faced with something they never imagined would happen. Their relaxing getaway becomes a paranoia saturated fight for survival as they try to stay alive until the end of the line. The only weapon they have to defend themselves from the renegade mountain man targeting them from above the river is Lewis’ bow and arrow.

On its surface Deliverance is an intense, darkly atmospheric survival film but underneath it is an examination of man’s limits, vulnerabilities and fears. The cinematography by Vilmos Zsigmond (The Deer Hunter, Blow Out) is outstanding as it gives the film almost a semi-documentary feel. Along with earning three Academy Award nominations and critical recognition, Deliverance would go on to influence a new film genre now commonly referred to as the “backwoods thriller”. It remains a masterpiece of the New Hollywood cinema 40 plus years later. 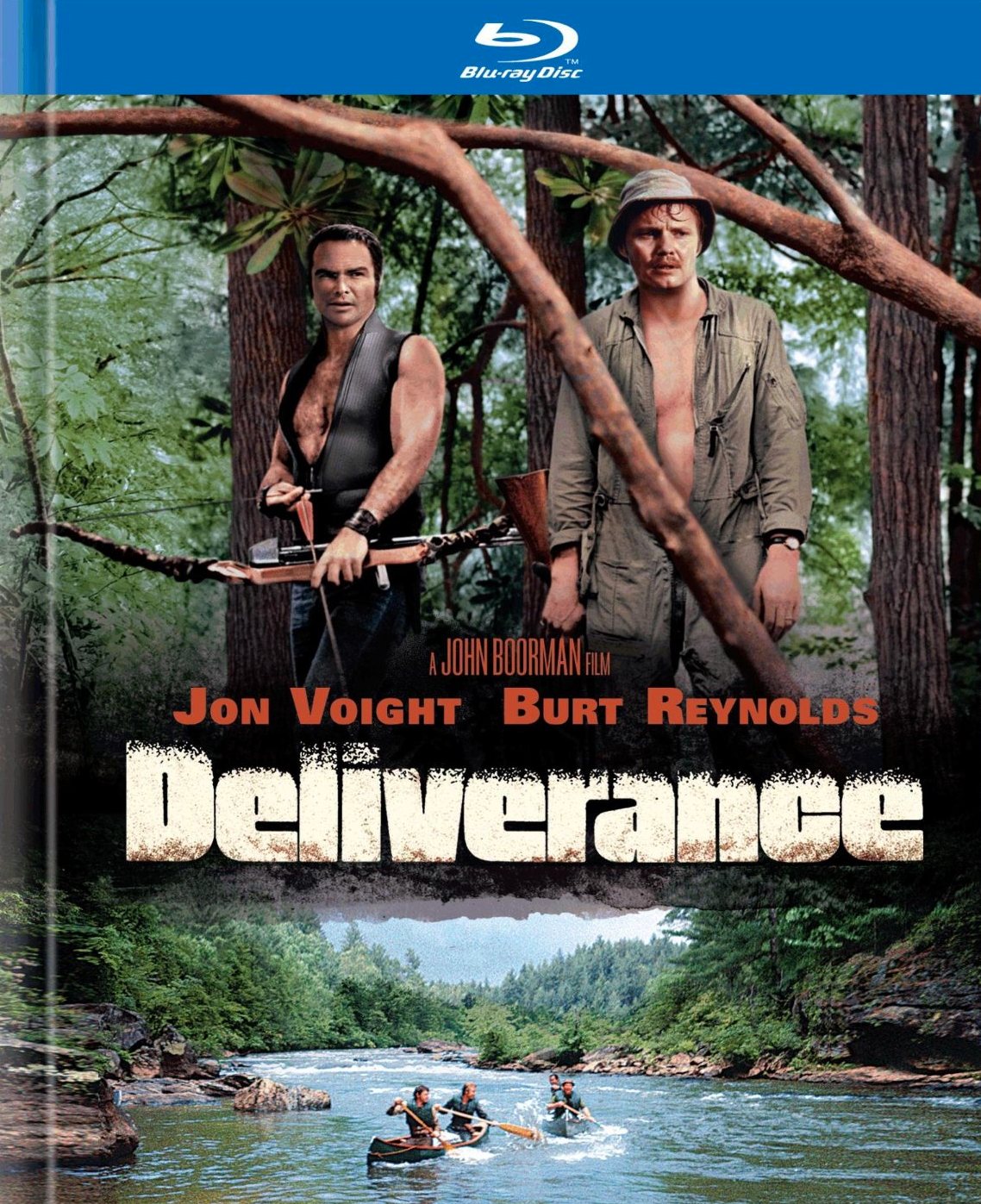