Lee Marvin is out for payback in POINT BLANK

Point Blank is one of several film adaptations based on author Donald E. Westlake’s Parker character. The others being Made in U.S.A, The Split, The Outfit, Slayground, Payback and Parker.

This was the first collaboration between Director Boorman and Lee Marvin. They would work together again on another one of our favorite films, the World War II action drama Hell in the Pacific.

Official Synopsis: They double-crossed Walker, took his $93,000 cut of the heist and left him for dead, but they didn’t finish the job. Big mistake. And someday, somehow, he’s going to finish them. Lee Marvin is in full antihero mode as remorseless Walker, talking the talk and walking the walk in Boorman’s edgy neo-noir classic filled with imaginative New Wave style, blunt dialogue and Walker’s relentless quest that, one by one, smashes into the corporate pecking order of a crime group called the Organization. 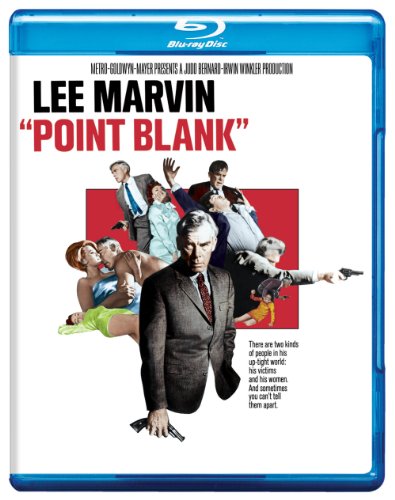