What would you do if you were driving along the highway and someone tossed a bag of cash–$60,000 to be exact—into your car? Would you throw it back out the window? Would you notify the police? Or would you keep the money and hope for the best?

Lizabeth Scott plays Jane Palmer, a woman with a dilemma: what to do with that bag of cash. It’s not that she doesn’t want to spend it. As she admits, she’s pathologically unhappy with her “paycheck to paycheck” life. It’s her hard working and well meaning husband Alan (Arthur Kennedy) that stands in the way of her dreams. “Nothing good can come of this, Jane” he warns. But, as is often the case in real life, many warnings go unheeded. 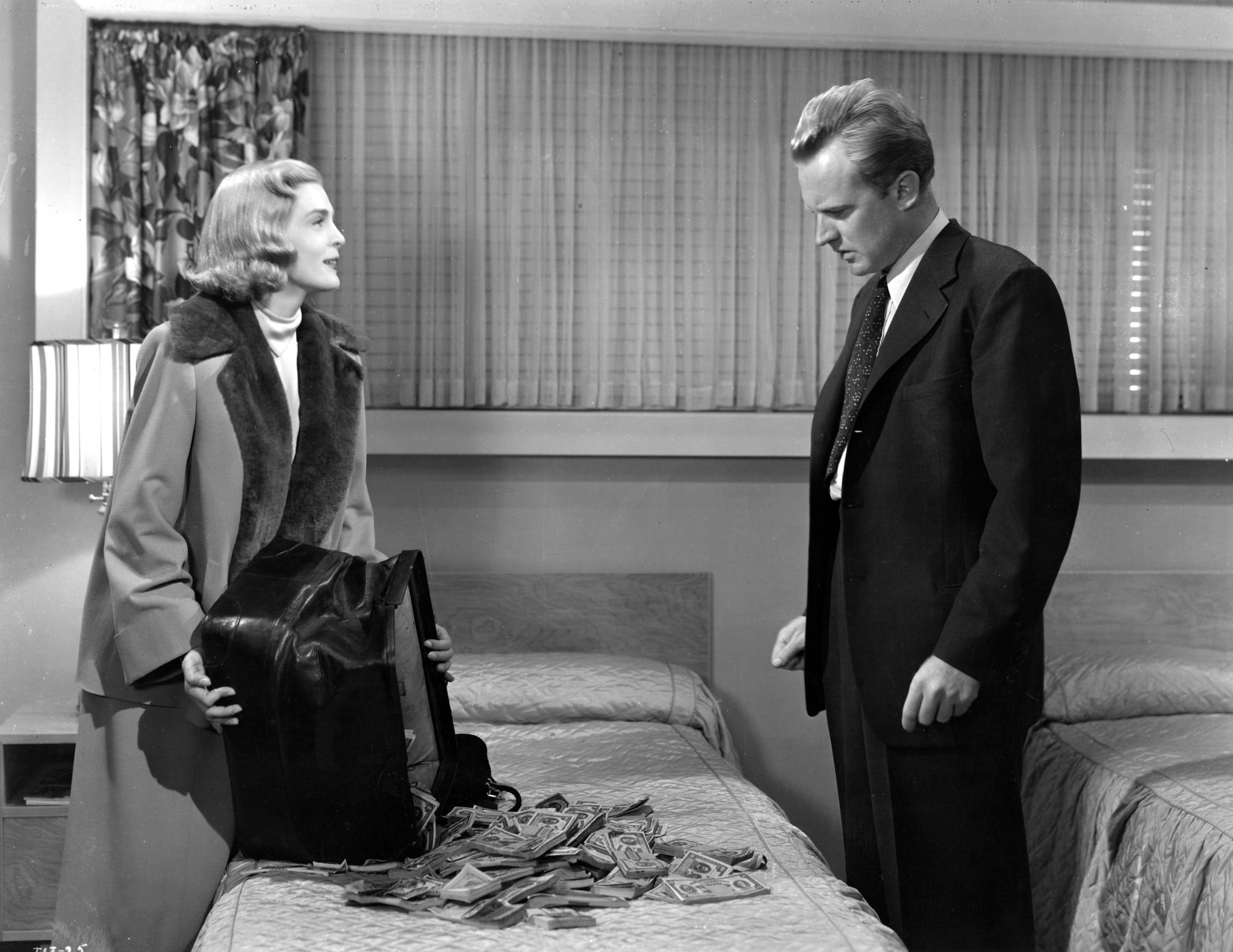 Danny Fuller (Dan Duryea) is the man to whom the money was intended. He’s a professional blackmailer and his monthly payoff was tossed into the wrong car. When Danny tracks down Jane, she bats her eyes and informs him that she doesn’t know what he’s talking about: “what bag of money?” But how does she explain all those new furs hidden under the kitchen sink?

There are others who have questions about Jane and her motives. Sister in law and next door neighbor Kathy (Kristine Miller) is wholesome, warm and forthright, but Kathy senses something “off” with Jane and won’t let it go. Neither will genial “old friend” private investigator Don Blake (Don DeFore). Don, with a smile and an omnipresent side-eye, maintains a steadfast interest in both Kathy (who he wants to date) and Jane (who he wants to jail). 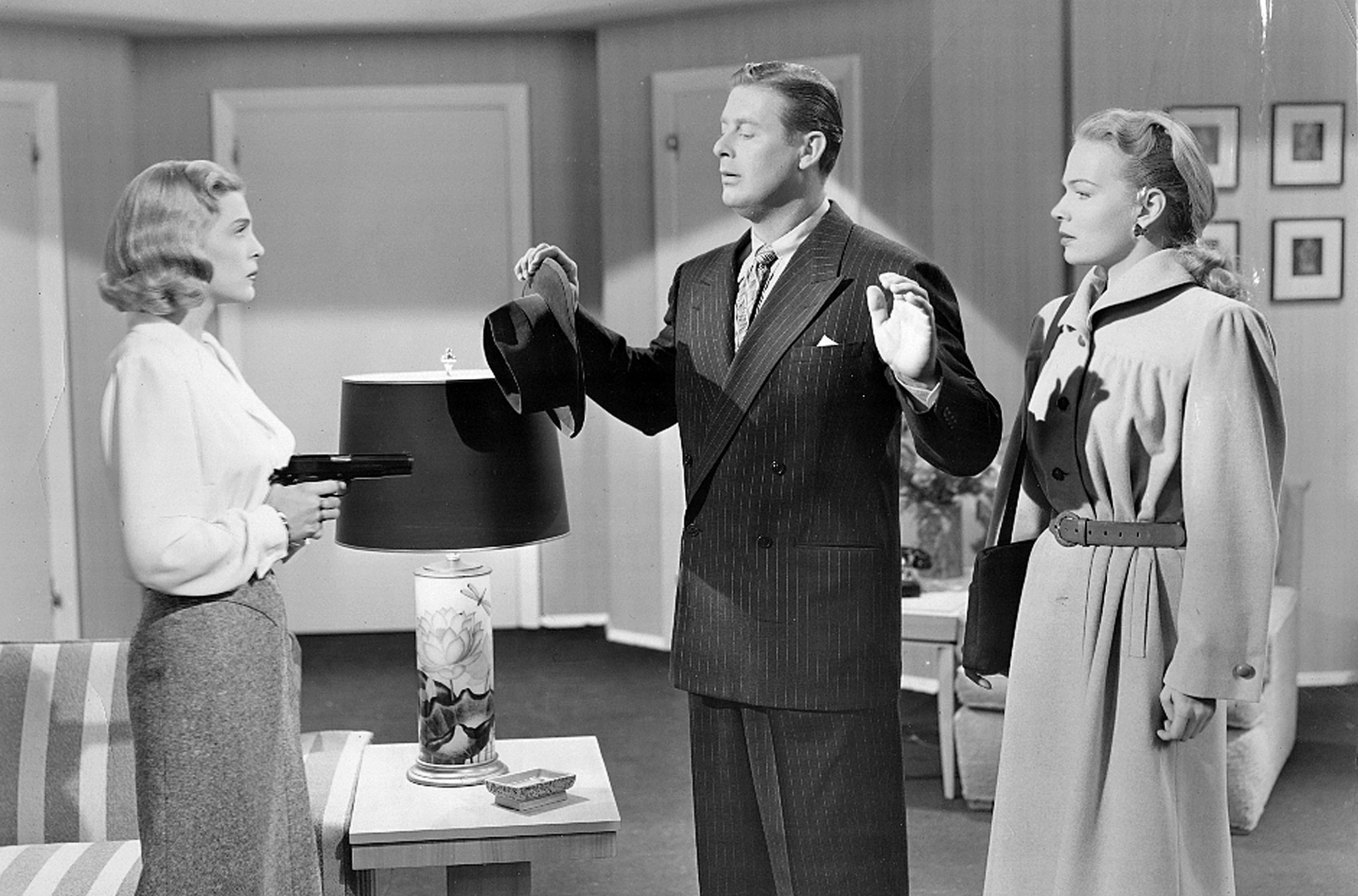 What sets Too Late For Tears apart from “fallen woman” Film Noir classics like Double Indemnity and The Postman Always Rings Twice, is the film’s irresistible challenge to the senses. There’s no planning a murder or waiting for the insurance papers to clear in this picture, instead the road to hell is up-front and center; a delirious temptation that can be held—and thrown into the air. And what about multifaceted Jane? As backstabbing, murderous and disloyal as she is, we sympathize with her desperate need for validation and marvel at her wicked determination. Danny, too: slimy, violent, patently misogynist, is also, in his way, intriguing; an unprepossessing drunken lost soul; a self-made charlatan with a soft spot for a gorgeous dame.

Stealth direction by Byron (War of the Worlds) Haskin and stunning cinematography by William (A Place in the Sun) Mellor bring to vivid life late 1940s Los Angeles and showcase a number of gleaming Art Deco fantasy sets. All this is buttressed by Roy Huggins’ captivating, twisting, turning, take-no-sides screenplay. A fly-on-the-wall look at how money—and consumerist dreams—can blacken the soul.