Documentaries: UNDER THE SUN

Throughout my years of movie watching, I’ve stumbled upon all types of weird kinds of documentaries. I saw one with a twist ending (Orson Welles’ F For Fake. Seriously, it has a twist ending). I saw another documentary that has no narration (Koyaanisqatsi). And a lot more, but Vitaly Mansky’s Under The Sun (2015) is not only one of the most bizarre documentaries I’ve ever seen but also one of the rare occasions when three different genres are combined together: documentary, drama, and dystopian sci-fi. In fact, the main reason why I find this film to be pretty depressing is the tales behind the scenes. 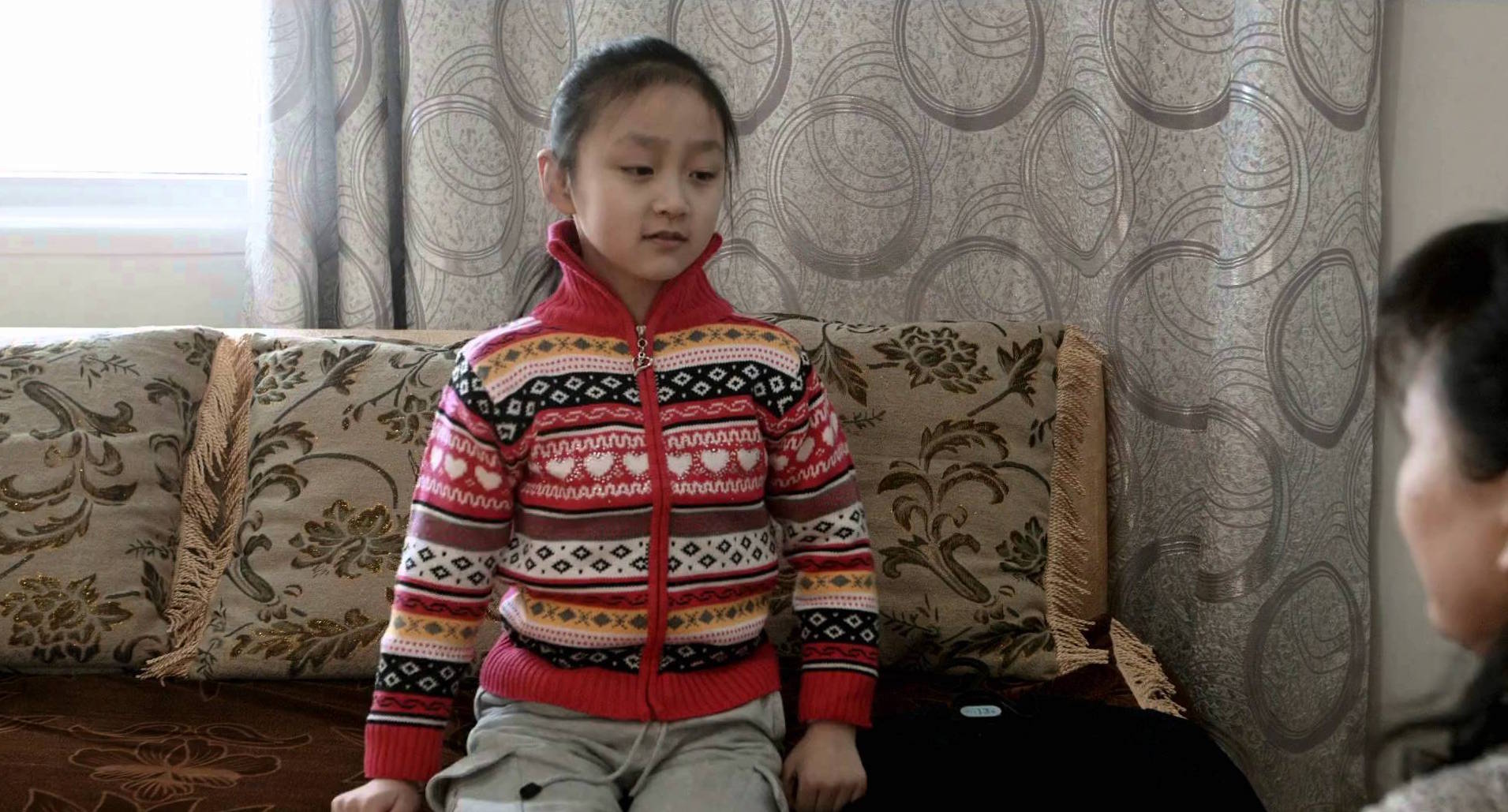 Conceptually, the film is supposed to tell the story of Zin-mi, an eight year old girl who’s about to join the Korean’s Children Union on Kim Jong-Il’s birthday. As you may guess, what the documentary should have been is us seeing the authoritarian world through this kid’s perspective. We would learn what she thinks about the leader. We would learn about ordinary Korean lives in the most infamous country in the world. And, most importantly, we would learn more about the country that only few people have visited or have seen up close. Unfortunately, all hell breaks loose. The North Korean government seizes the project and controls everything that you can imagine. Script, equipment, and already shot footage have to be screened by the commission since the authority wants to make a propaganda film about North Korea instead of letting us learn about what’s going on there. In the “official” cut of the film, it mainly concerns Zin-mi’s life during the preparation for Kim Jong-Il’s birthday ceremony. We are going to learn about the greatness of North Korea, including tasty foods like Kimchi and the dignity of factory workers and engineers. Also, we see lots of people participating in different activities: from exercising to gathering and singing songs for their “beloved” leader.

This is what the government wants the film to be, but luckily…the crew successfully smuggled out footage that the officials don’t want you to see.

Since the authoritative figures take over the film in every aspect (including the director role), the crew decide to fight back by secretly recording everything that happens right in front of them no matter what the “director” says. The footage is inserted throughout the whole film to show audiences how ridiculous the filmmaking process is. We come across this at the 6-minute mark when the director tells Zin-mi and the extras when should they get into the bus, but that’s just the beginning. Later on, there’s a scene in which Zin-mi has lunch with her father and he tells her how awesome Kimchi is. Of course, the dialogue is heavily shoe-horned to insists audience that DPRK has the best recipe in the world. But it seems like our “director” isn’t satisfied enough, so he orders her parents to act surprised when Zim-mi tells that Kimchi can prevent aging and cancer. Actually, our “director” says: “Don’t act like you are in a movie. Just act naturally like you do at home”. But that’s not the creepiest thing in my opinion…. 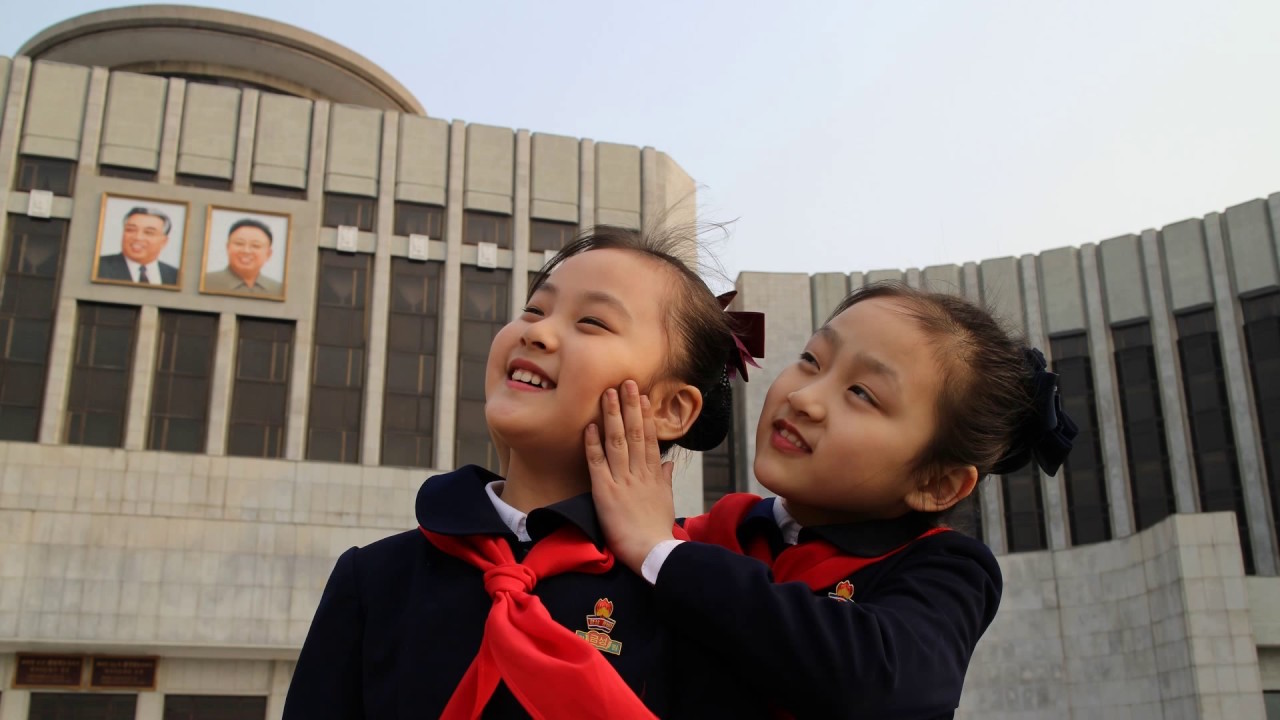 After we see Zin-mi’s life in school (which consists of nothing but teaching about how great Kim Il-Sung and Kim Jong-Il is and telling them about the terror of landowners and Japanese), the film shows us about a day in the life of Zin-mi’s parents….except the fact that what we see is not real. Her dad is actually a journalist, but here he’s an engineer in some garment factory. The dialogue is clearly emphasized on the fact that his work creates more productivity and therefore, the workers get rewards from reaching the goal set by government. Not to mention, out of nowhere, they suddenly talk about Zin-mi joining the Children Union. Meanwhile, we see her mom working in a soy milk factory. If you think that this is NOT her real occupation, congratulations! She actually works at a cafeteria, but, just like previous case, they want us to see the importance of working class citizens so her role is changed. Here, her boss is forced by the “director” to say something like “Our work is very important for our country and it makes us happy, so we must produce more soy milk” and then congratulates Zin-mi’s mom since her daughter has become a member of the children’s union. The creepiest thing I found here is not about brainwashing their kids or creating fake profiles for them…according to the text that appears in the movie, nobody knows what happened inside the school and factory. The film crew never see people going in or out unless the script says so. Think about it. What happens to the real students or factory workers? Do they stay at home? Are they forced to do the tasks at internment camps instead? Or, are these buildings just vacant in the first place? There are rumors that skyscrapers in Pyongyang, the capital city of North Korea, are just standing there and non-usable since nobody lives there at all. So where do people actually live or work? Nobody knows. 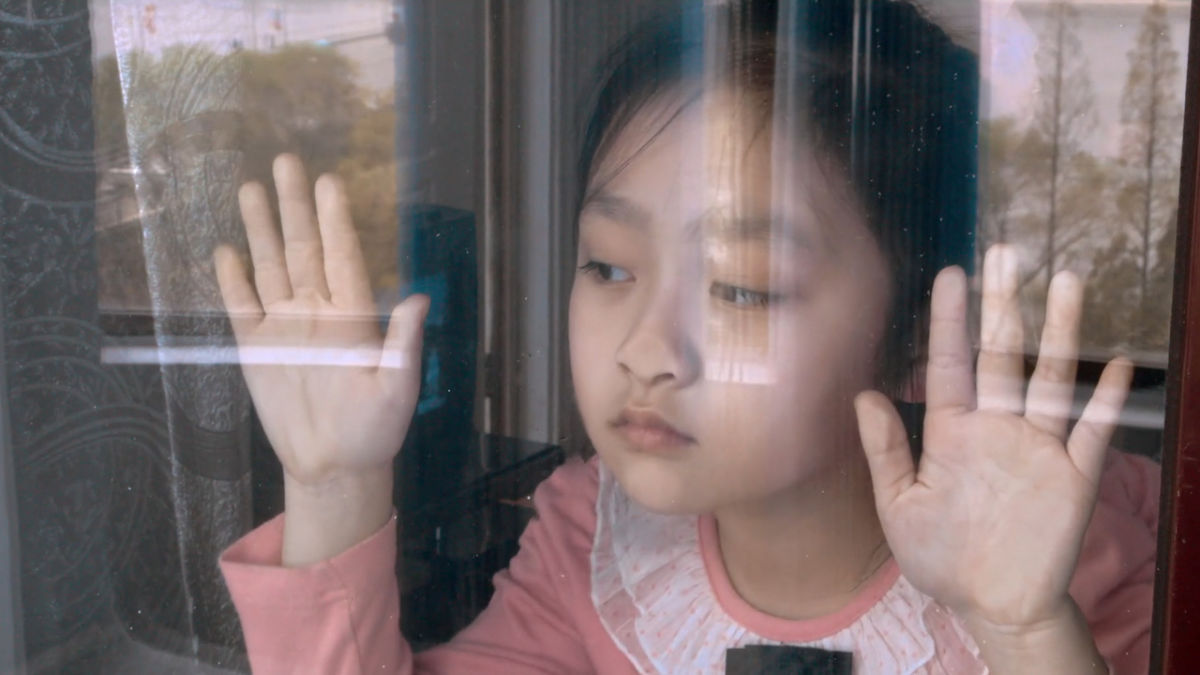 Although the film exposes the ridiculous process of filmmaking, I think some parts are too slow and go nowhere, like when Zin-mi learns about the “history” of the country. It just goes on and on and sounds boring. But overall, this is an extremely unique film. You can call it a documentary. You can call it propaganda (with behind the scene footages intact). You can even call it a dystopian genre film. It’s definitely tough to find an exceptional motion picture like this.

Finally, you can compare any politicians you hate to the DPRK regime, but don’t forget the fact that what you see in Under The Sun has already happened and, to be honest, no one knows what happened to Zin-mi, her family, and everyone who involved in this film. The more I think about it, the more creeped out I feel.