Fritz Lang’s celebrated back to back look at the prescient fantasies of New Yorkers in the nineteen forties remains a touchstone for crime cinema: portraits of peril decorated with good intentions and very bad decision making. 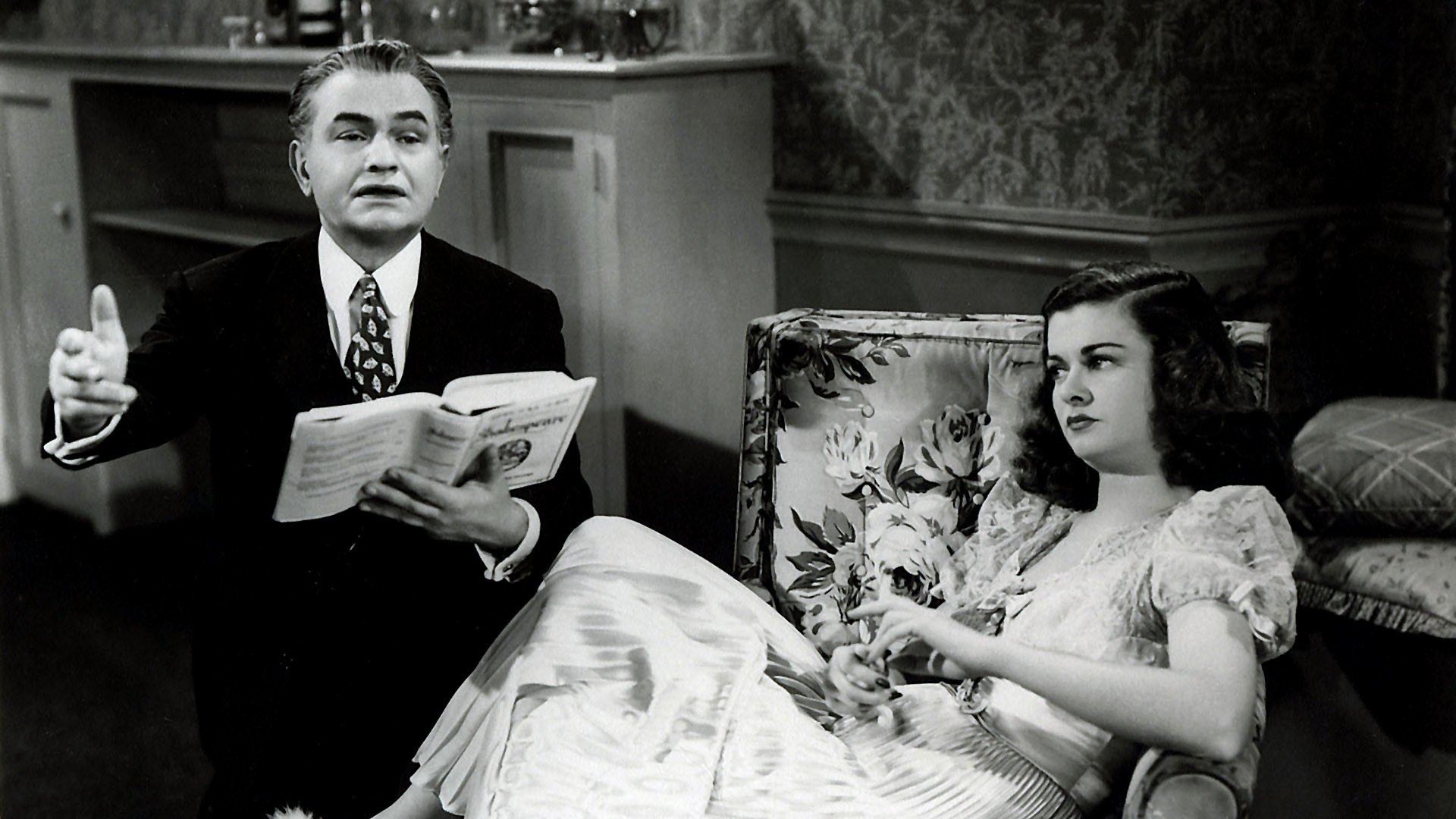 Following the success of Lang’s The Lady in the Window (which was initially banned) Lang and his troupe of actors returned to the Film Noir genre with Scarlet Street (1945), an appealing but violent and tragic tale of what can happen when the heart dictates the mind; when common sense is put aside in favor of wish fulfillment.

Edward G. Robinson is Christopher “Chris” Cross, a lonely unseen and unfulfilled man who is desirous of his day in the sun. Accountant by day, amateur painter by night, Chris is a verbally abused husband: an adequate provider but a man whose sensitive creative soul is continually squashed by his harridan wife Adele (Rosalind Ivan). In other words: he’s ripe to be taken advantage of. 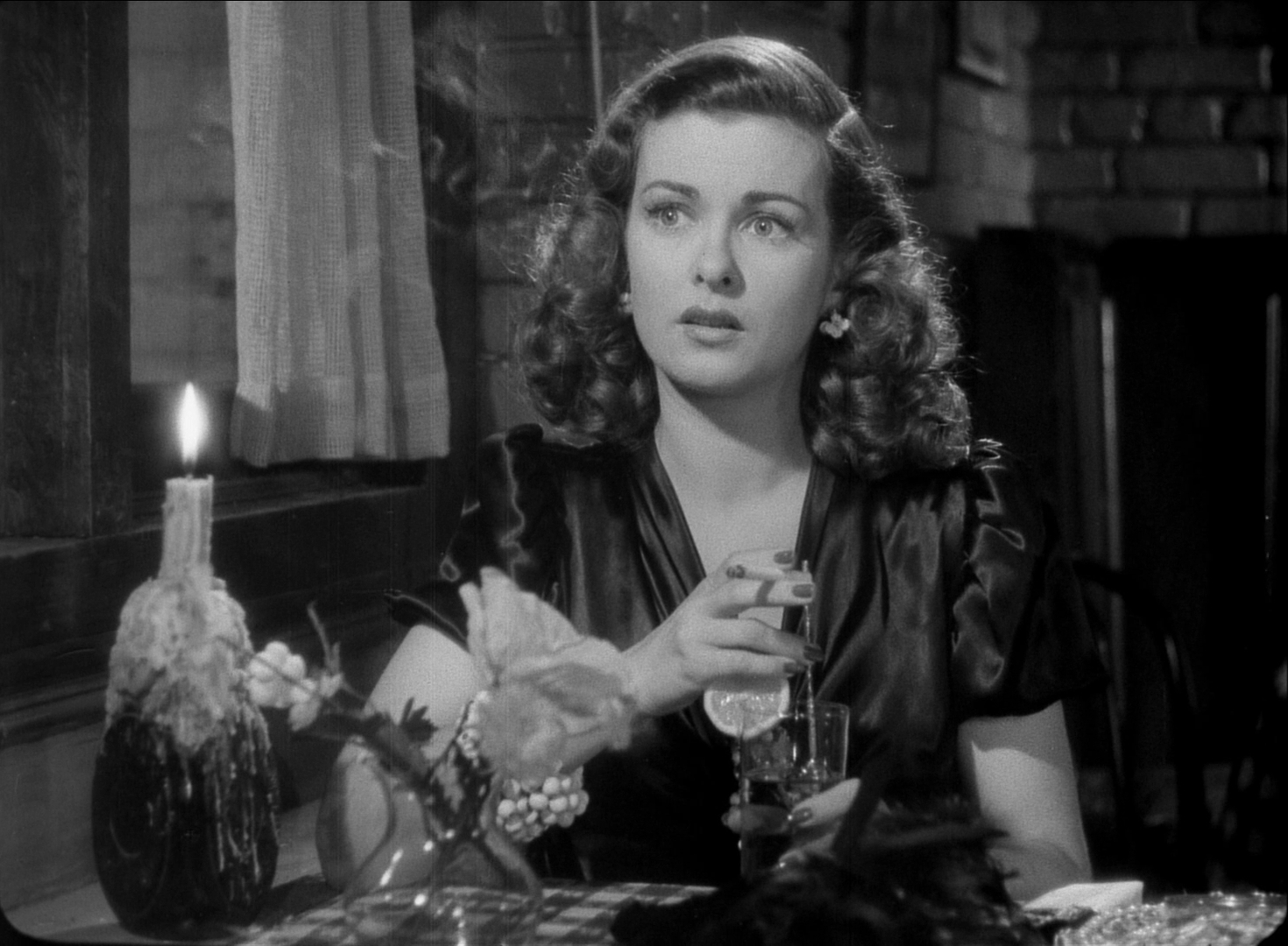 His user, such as they often do, comes in a distractingly attractive package. Her name is Kitty March (Joan Bennett) an “actress” residing in a cold water flat over Tiny’s, the floor rotted, smoke filled neighborhood tavern. Kitty is intimately involved with Johnny Prince (Dan Duryea) a man that beats her, cheats on her and takes her money. It doesn’t matter to Kitty: she admits to being “stuck” on Johnny and, as it turns out, it’s the one and only real thing that she and “sucker” Chris have in common: human bondage.

Edward G. Robinson embodies Chris’ dilemma like a man who has profound and moving off-screen knowledge. When the portly, unimposing, craggy-faced character actor delivers reflections like “nobody ever looked at me like that: not even when I was young,” he’s got us: we want nothing but the best for the character—and the actor. 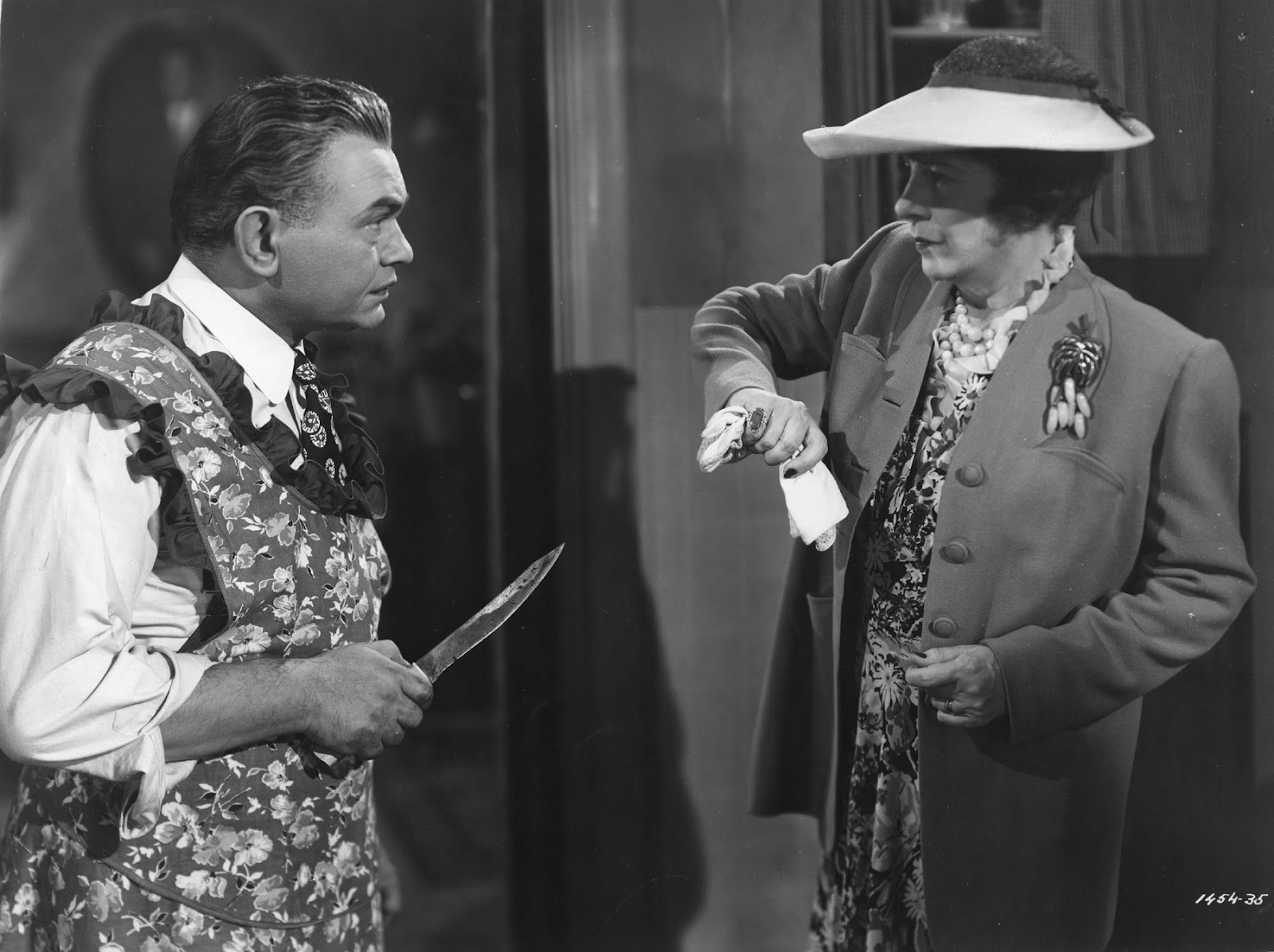 All the signature tropes of Noir are splendidly present: rapid-fire dialogue, rain swept city streets, nefarious dames, and the world of the illicit—in this case an extended double cross/con. What elevates Scarlet Street is the stellar direction by Fritz (Metropolis) Lang and a hard-boiled, cynical sex-centered script by Dudley (For Whom The Bell Tolls) Nichols.

“Licentious, profane, obscure and contrary to the good order of the community” was how 1940s censors categorized Scarlet Street. It’s a great summation. Seventy years after its initial release Scarlet Street remains thoroughly engaging. It’s an unflinching bullet point: a controversial presentation of life’s many betrayals: those that come from the outside, and more painfully, those that come from the inside.