Director Martin Scorsese has re-assembled a star-studded cast of bad boy screen legends—almost all of whom are now in their seventies (!), and created an epic life review: a remorseless look back at one man’s unexpected “career” as an integral part of an Italian crime family’s inner workings, illicit activities, and deadly deeds. 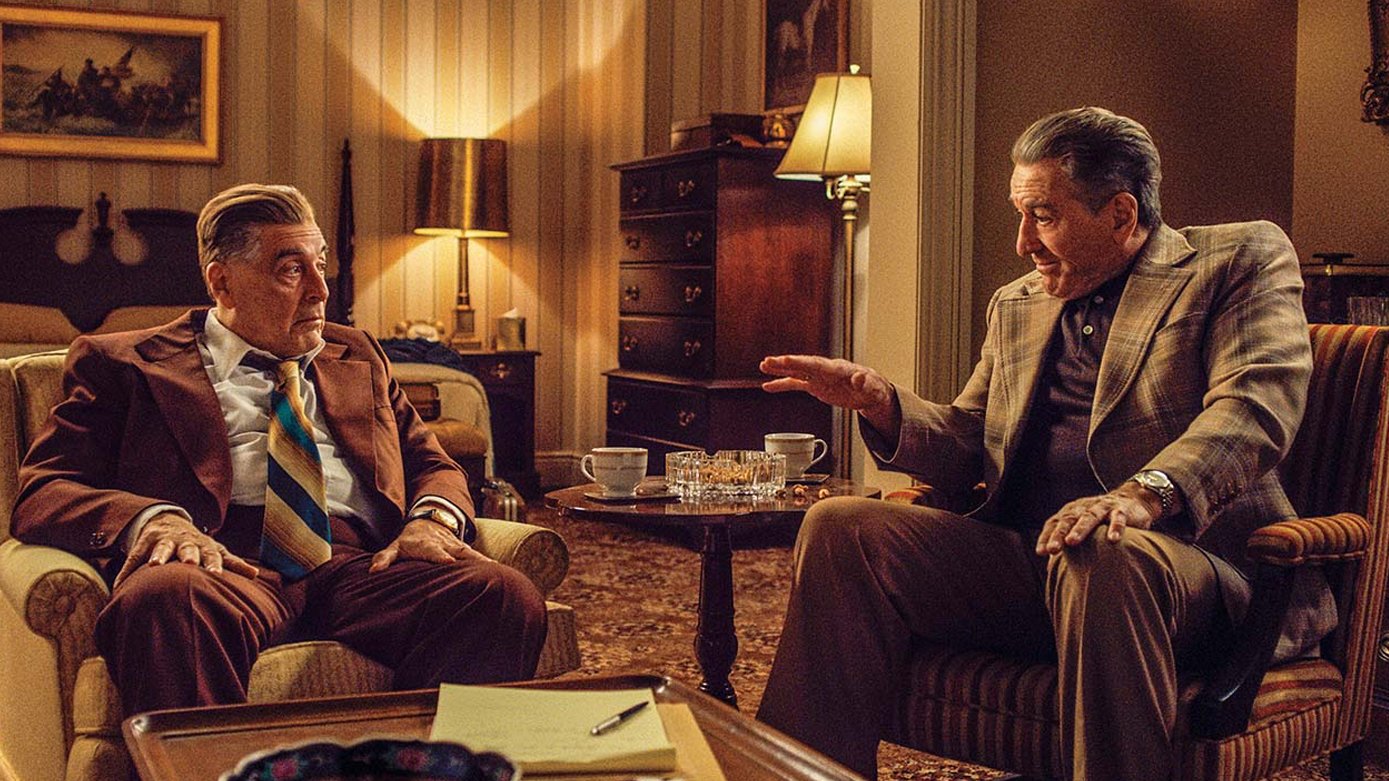 It’s Frank’s work for the mob, carefully choreographed assassinations actually, that brings him into close proximity with organized crime-associated Teamster Union president Jimmy Hoffa (Al Pacino). Hoffa is both admired and feared, but Frank’s laid-back pragmatism opens a window behind which Hoffa can relax and appreciate Frank, his new, self-serving confidant. 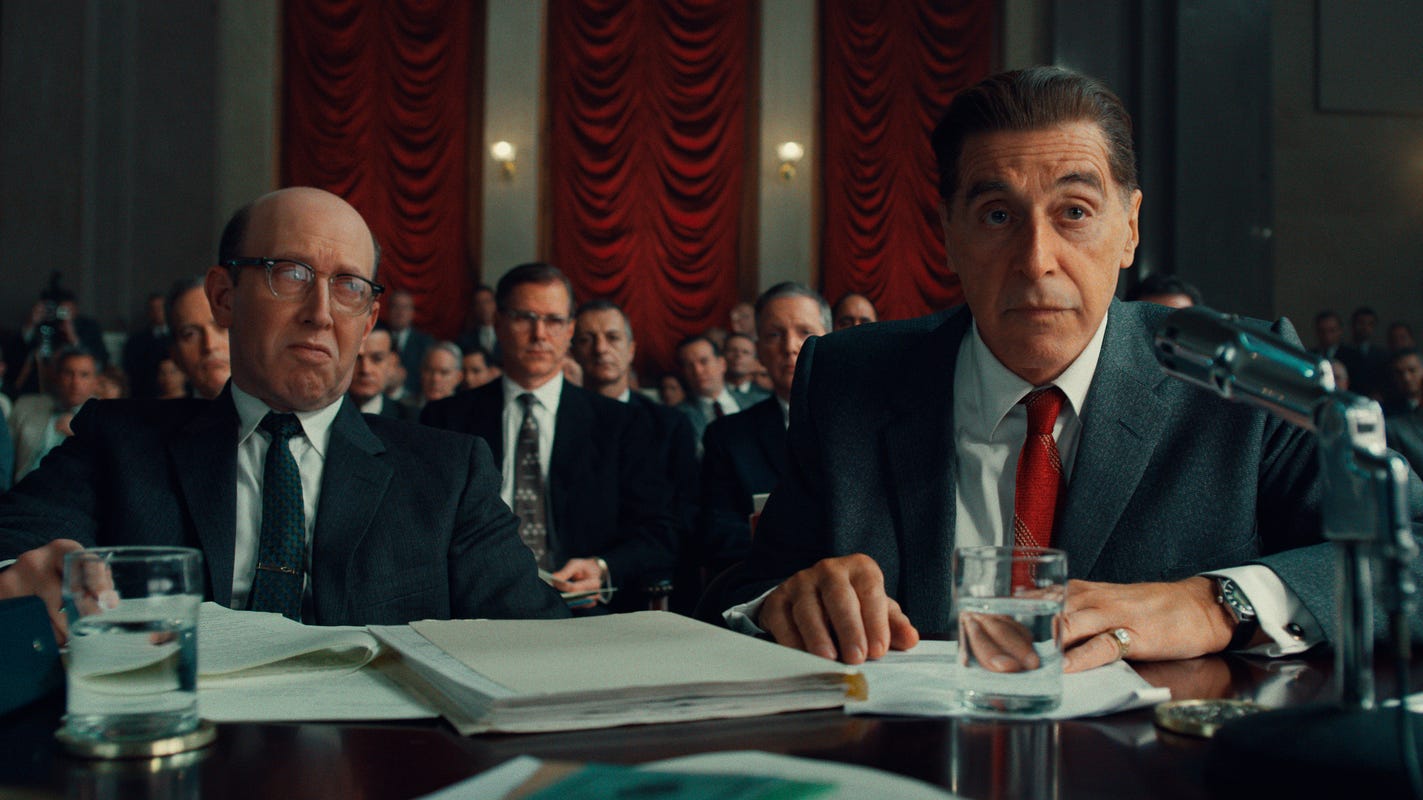 Based on Charles Brandt’s 2004 book “I Heard You Paint Houses” (code for “I heard you kill people”), The Irishman, even at a much-talked-about three and a half hours long, is packed with fulfilling accoutrements. There’s De Niro’s reporter-like voiceover narrative; Pacino’s signature intensity and bombast; sightings of real-life people from the period—mobster “Crazy” Joe Gallo, President John F. Kennedy; and a thrilling sea of character actors who have the distinct and special faces of a time gone by. 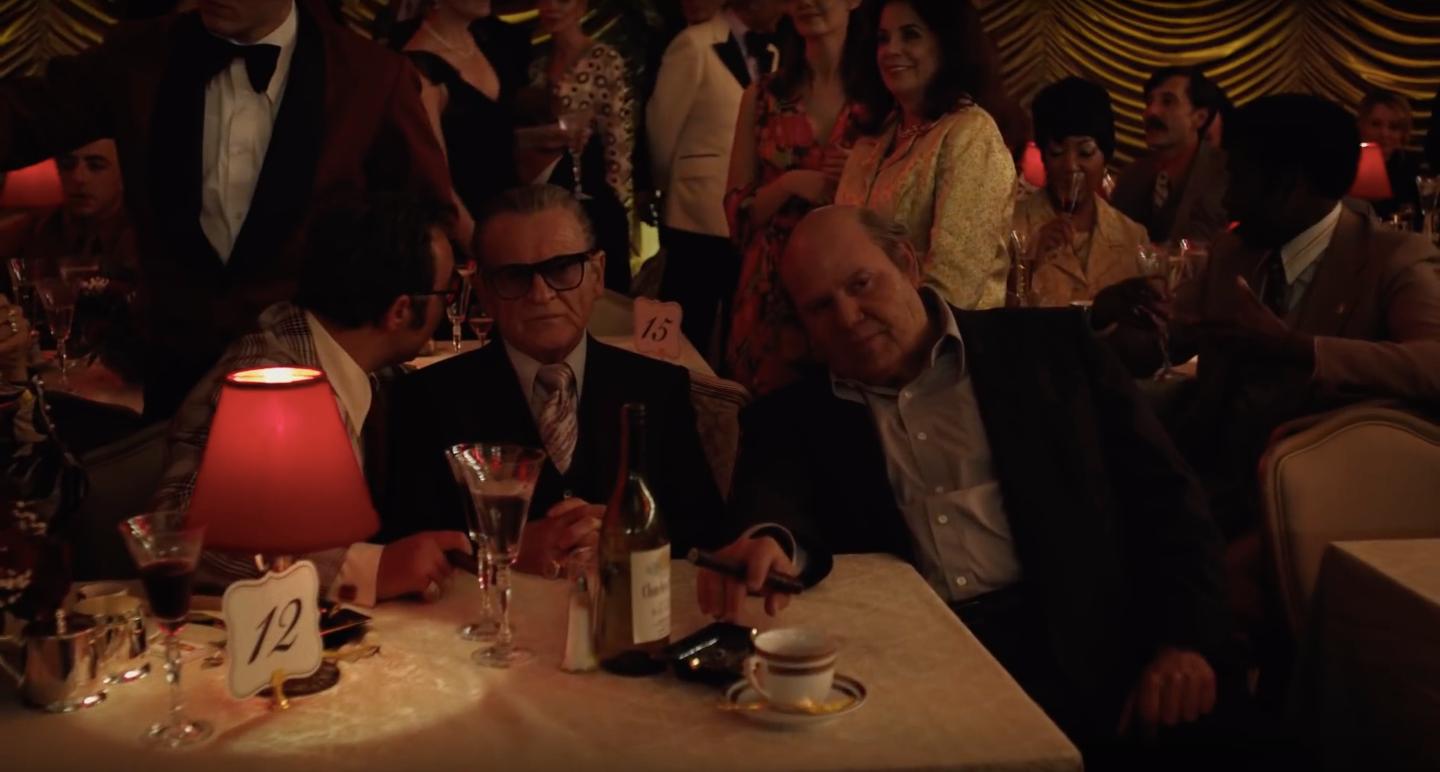 Grand in scope—fifty years in the lives of our protagonists: 1949—2000, the Irishman posits a series of devastating questions. What will you think of your life when you know you only have a limited time left? Were you ever really in control of your destiny—or did you just “end up wherever the wind blew you?” And, if the people closest to you never respected you, never understood you, never really knew you: were any of the emotional connections in your life real?

The Irishman is a film to see once, digest, talk about, and see again. Essential.