Office-bound and talky, but fascinating for its unvarnished behind-the-scenes look at the goings on at Fox News, Bombshell is a showcase for a cast of chameleons: three women who ignited a new day—and the #MeToo movement.

Charlize Theron (Mad Max: Fury Road) as controversial newscaster Megyn Kelly gives a performance that just might be better than her unrecognizable Oscar-winning turn in 2003’s Monster. The actor’s craft is, in itself, a reason to behold Bombshell, a film in which she has twisted herself into another human being: face, voice, attitude and manner. 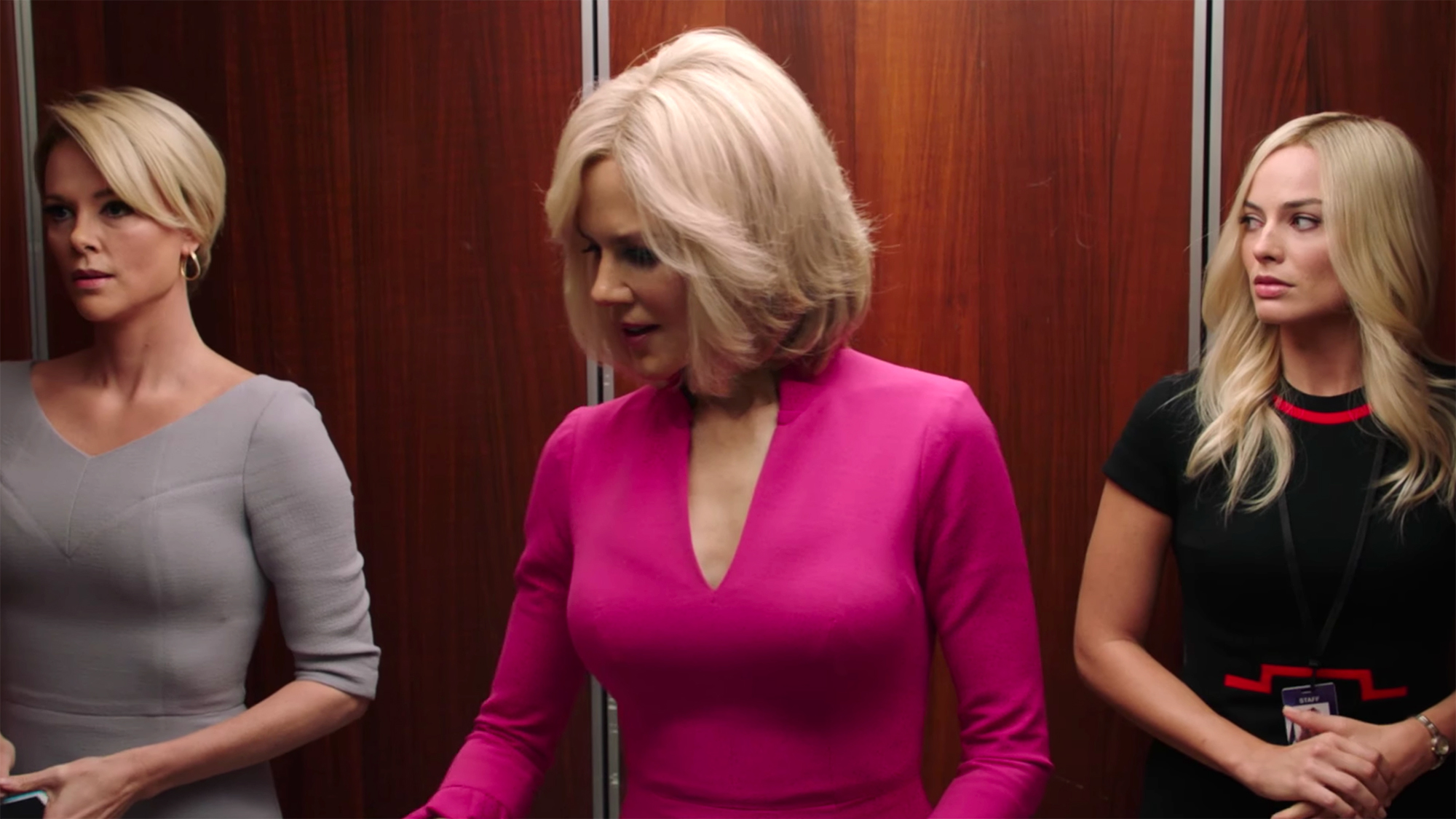 Nicole Kidman (Eyes Wide Shut), too, is a wonder to look at and listen to. Her conservative talk-show host character Gretchen Carlson is actually the real-life woman who brought down Fox News’ house of cards. Anticipating her firing, Carlson was the one who had the foresight to hire a team of lawyers: it was HER sexual harassment lawsuit against Fox News chairman and CEO Roger Ailes (a jowly, sardonic John Lithgow) that opened the floodgates for more than twenty other women (including Kelly) to step forward and tell their truth. Her “bombshell” lawsuit—which she won and for which she was awarded twenty million dollars—plus a public apology, preceded disgraced Harvey Weinstein’s public reveal by a full year.

Kelly and Carlson are joined by someone who’s younger but looks the same as they do—as dictated by Fox, they’re all blonde, trim, and dress in form-fitting pastel colored dresses. Kayla Pospisil (Margot Robbie, fresh off Once Upon a Time in Hollywood), a woman who understands the power of being young and beautiful, is committed—she’s proudly “Christian,” but unprepared for the toxic, sexist, misogynist work environment in which she finds herself. She’ll suffer several excruciating humiliations—a scene in which she’s forced to “perform”; raise her skirt and expose her panties to a lascivious seated Ailes, is a lasting indignity: a disturbing portrait of unchecked abuse of power. But will she, against all odds, be the first to be liberated: one who really emerges triumphant? 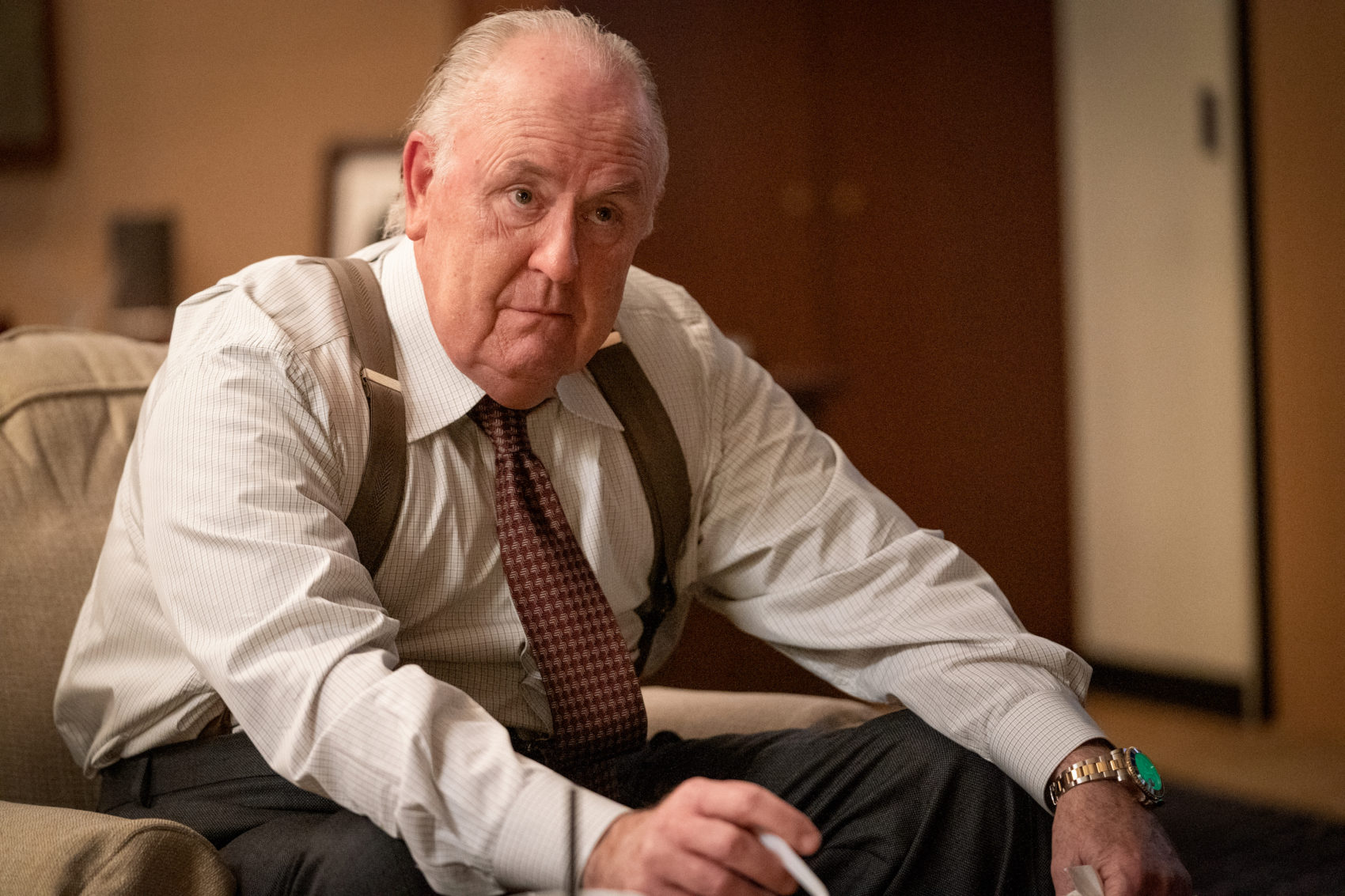 What’s striking about Bombshell is its commitment to cause: the continuing reveal of the heretofore underreported on sexual dynamics in corporate America—in particular the television industry. When will women have enough of being undervalued, underpaid and objectified (the on-camera desks at Fox were clear plastic so that audiences could see female newscaster’s legs). What recourse will career women—who want to continue working in their chosen industry—take? And, how does one negotiate the disparity between ambition and principle?

Directed by Jay Roach and written by Charles Randolph, Bombshell is a quick-to-market procedural—the second in a year to cover this pulled-from-the-headlines story; Showtime’s “The Loudest Voice” was the first. It’s a modern movie with a message.