Q: What do you get when you put John Travolta and Nicolas Cage in a John Woo film? A: Some really great cinema!

I first got into John Woo’s films in my teens with the releases of Hard Target (1993) and Broken Arrow (1996). I then checked out his earlier Hong Kong gun operas like A Better Tomorrow 2, Hard Boiled and The Killer. As great as all those were, Face/Off became my favorite Woo film by far.

First, Woo got Travolta and Nick Cage playing off each other. Travolta is a CIA agent named Sean Archer whose son was killed by the diabolical criminal Castor Troy (Nicolas Cage). We learn that these two have a history as almost super-hero like opponents. A kind of Captain Kirk Vs. Khan type relationship.

The reason I think this is such a great film is because it plays on Woo’s best attributes as a pop-action director. All his trademarks are there: the duel guns, the doves, the slow motion-Peckinpah shots, and of course that zany over the top humor.

The plotline has always tickled my funny bone as well. Archer finally nabs Troy after a high octane opening action packed battle where the two come face to face. Archer finds out that there’s one small problem, Castor Troy has hidden a time bomb somewhere in “Hell-A” that when detonated will level a square mile and kill A LOT of people. To make matters worse, Troy, who Archer believes to be dead, is only in a coma. What a predicament!

The CIA then sends Archer to a secret facility that performs facial transplants. The plan: Archer must trade faces with Troy, seek out the diabolical fiends’ little Liam Gallagher lookalike brother Pollox (Alessandro Nivola) who is in prison and get the whereabouts of the bomb then dismantle it.

Archer accepts the assignment and goes incognito as Troy. Things go according to plan perfectly, but when Troy suddenly awakens from his coma without his face, he’s a little pissed off. Troy calls in his henchmen to find the doctor who performed the surgery on Archer. Now, Troy will use Archer’s face to get his revenge…

The real enjoyment factor in the film comes from watching John Travolta and Nic Cage switch personalities. There’s so many winks and jabs at each other and loads of over the top humor in this movie you don’t even need a lot of action. Of course, Woo can shoot action like nobody’s business, we all know that, but you still need a good story, great actors and script. Face/Off manages to balance them all in the most entertaining way. 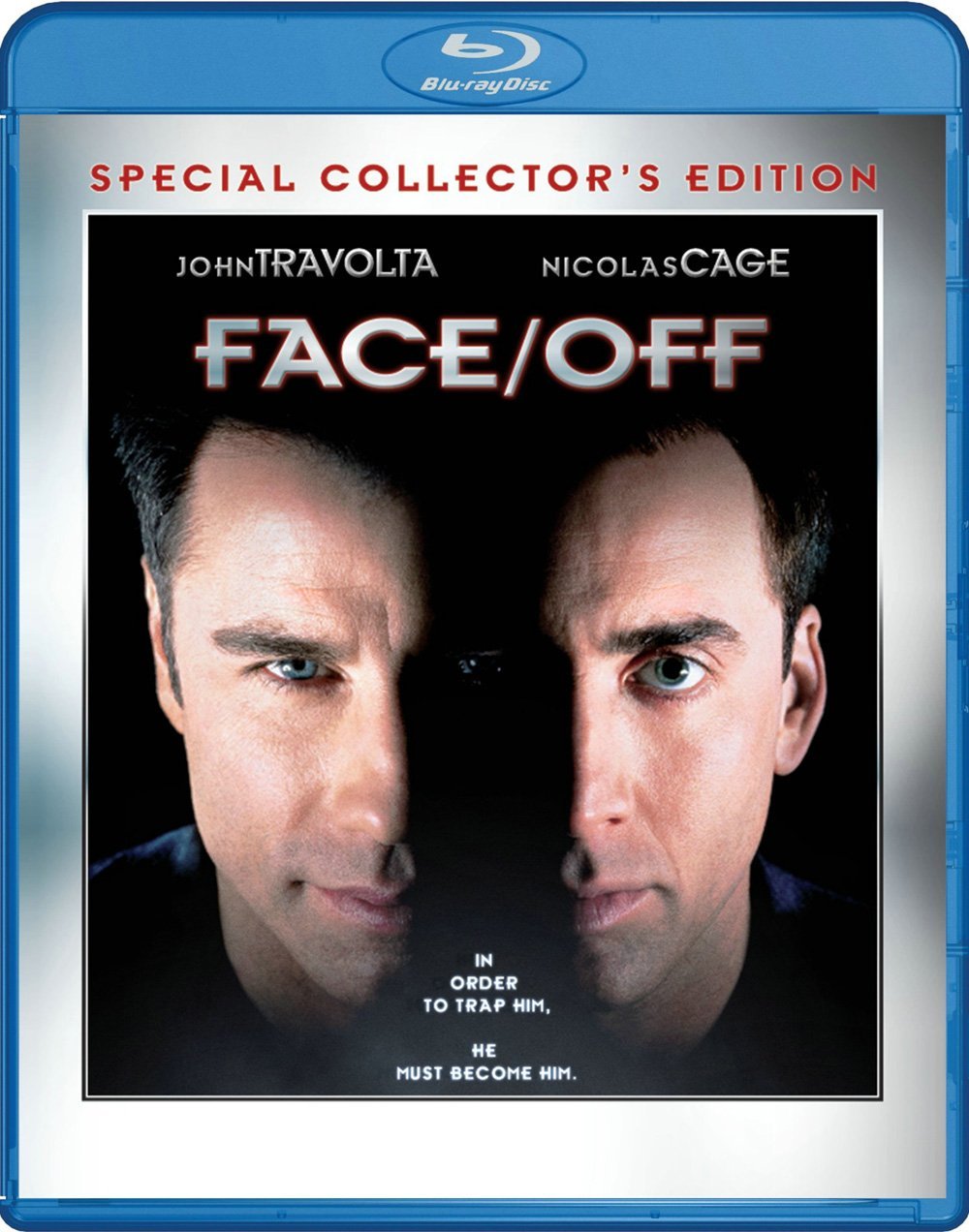