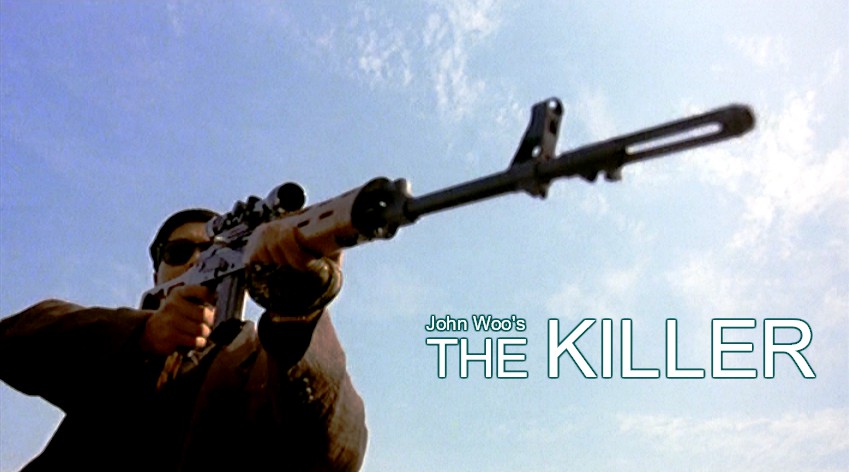 The Killer (1989) was John Woo‘s breakthrough movie in the West. It was not a commercial success at home and ironically Woo had some reservations about it. He had wanted to make a movie about the friendship between two opposing characters – the assassin and the police officer set out to arrest him – and felt that the emphasis was too much on the assassin (for this reason the original Cantonese title, Two Blood-Splattering Heroes, was changed into The Killer for the international release). Overseas his movie was hailed as a masterpiece and its groundbreaking gun battles would influence an entire generation of action movie directors, among them Quentin Tarantino, Robert Rodriguez (The Mariachi Trilogy) and Luc Besson (La femme Nikita, Léon). 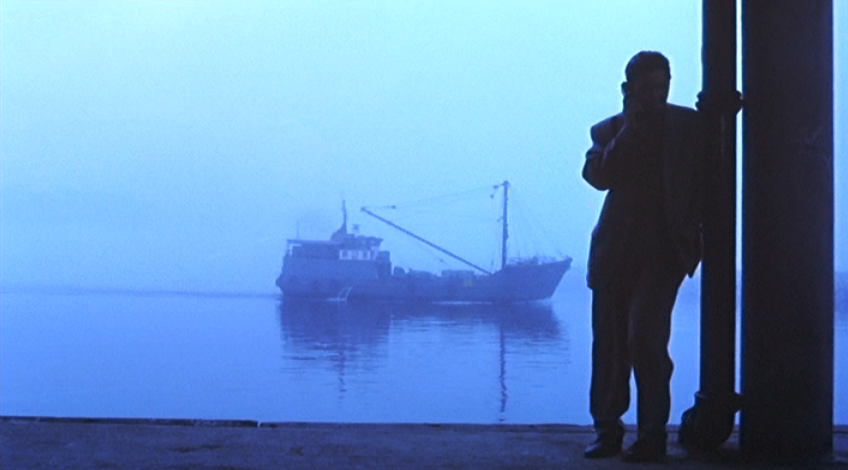 Chow Yun-fat is Ah-Jong (Jeffrey in the English language version), a hit-man with a conscience who redeems himself after accidently blinding a young singer (Sally Yeh) during a gunfight. He later discovers that she will lose her eyesight permanently unless her cornea is replaced during a very expensive transplantation. Shattered by remorse, he accepts one more (very daring) job to finance this sight-saving surgery for the woman. He fulfills his mission but is then double-crossed by the Triad boss who hired him. With the help of former friend and a policeman he befriends (Danny Lee), Ah-Jong escapes from the assassins sent after him – and also saves the life of a young girl who was hit by a stray bullet. 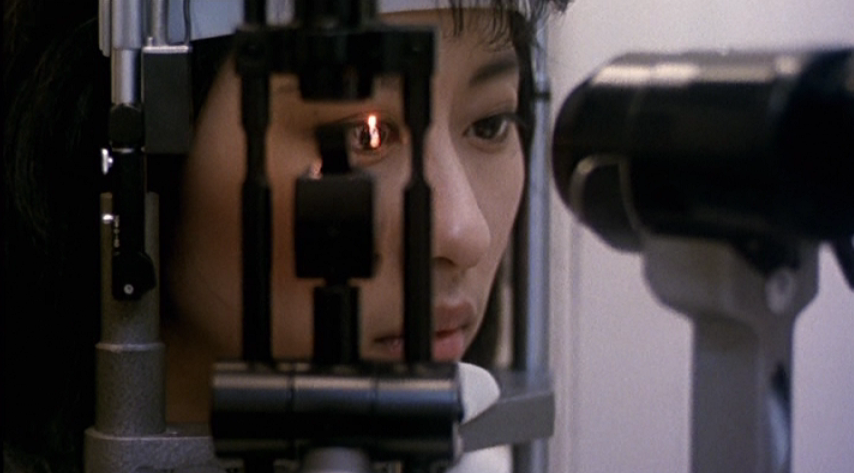 Above all, The Killer has become famous for its elaborate, often insanely choreographed gun battles; they’re over the top, highly stylized and almost hypnotic. But under this bloody surface, you’ll discover a more deeply felt story about friendship, betrayal, loneliness, remorse and redemption. Dreamlike images of the killer having a phone call against the background of a ship slowly entering Hong Kong harbor, are alternated with hyperactive scenes of excessive blood-letting and the movie is instilled with religious symbolism (notably the white dove, that would become a recurring symbol in Woo’s movies). Some have interpreted the Ah-Jong character as a Christ-like protector for the lost and the lonely, but according to Woo (who is christian) it’s not a religious movie. 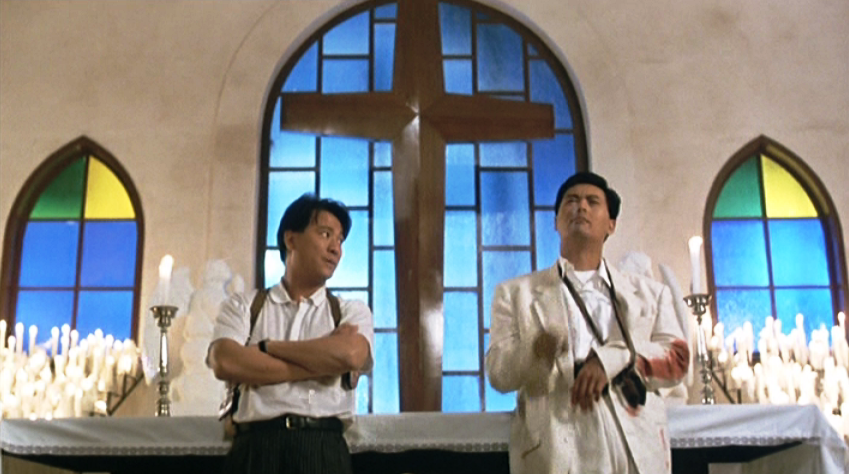 The drama often feels needlessly melodramatic and the style both artsy and campy, but that’s all part of the show. At the same time it must be said that Woo’s reservations were not completely without ground; the first half, mainly concentrating on the assassin’s redemptive activities, is so immensely strong that the impact is toned down a little during the second half of the movie, which is more concerned with this uneasy friendship. Part of the problem is that these blood-spattered gun battles become repetitive after a while, with Chow Yun-fat and Danny Lee shooting so many opponents to pieces that you wonder where all the bad guys and bullets keep coming from … 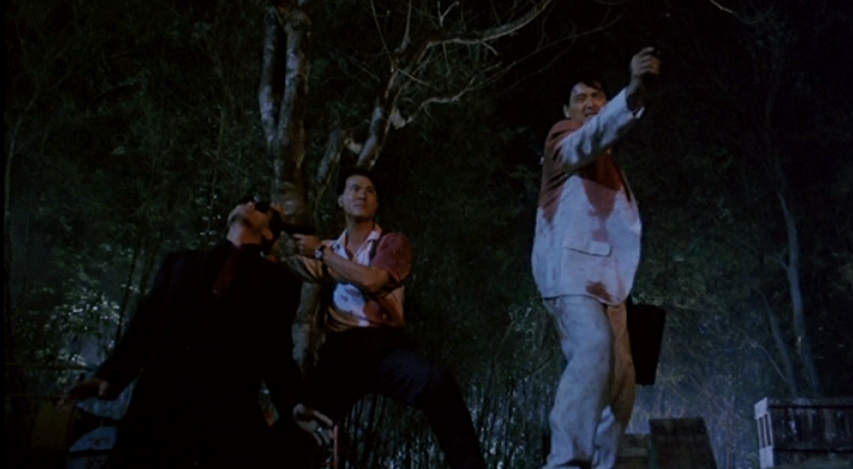 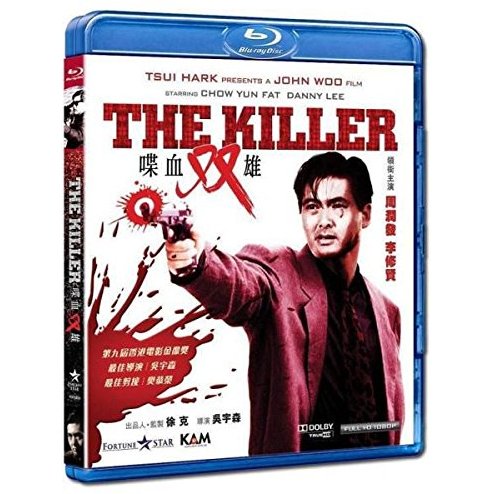 There were at least three English friendly DVD-releases of the movie by, respectively, Criterion, Fox/Lorber and Hong Kong Legends UK (Amazon UK / Amazon.com) however most of them are out of print now or only available used. There was also a BluRay release by Dragon Dynasty which is still available (Amazon.com / Amazon UK / Play-Asia.com / Yesasia.com), which was also released on DVD (Amazon.com) but didn’t offer greatest quality. None of these releases are be top-notch and the BluRay was a major disappointment to most fans (it was interlaced). The Hong Kong Legends DVD is easily obtainable and offers a decent, albeit non-HD, way to watch the movie now (with the possible exception of the – hard to trace – Criterion laser disc). It offers anamorphic widescreen and a pumped-up audio (a no-go for purists who still yearn for a release with an unmodified, original mono track of the movie as it was released in theaters). The Cantonese 5.1 audio track (forget the English dub) is loud and clear though. The image is a bit hazy in some scenes and rather grainy and much brighter in others and I found the contrast a little distracting, but overall it looks good.

There is also a Hong Kong BluRay by Kam&Ronson from 2011 (see also our overview of their releases of some other Woo movies), but reportedly the picture quality isn’t very satisfactory (Buy it at Play-Asia.com | Buy from Amazon.com | YesAsia.com). There is also a more recent Japanese release from 2013 (Yesasia.com) with unknown quality (please comment below if you know more).