Retrospective thoughts about Cannibal Holocaust from someone who just watched it for the first time.

There are exploitation films and then there are exploitation films. This one is from the latter category. It’s one of the notorious ones, those with a certain reputation. Not a “video nasty”, but a nasty, at least by reputation. It’s also one of those films that you’ve either seen and been affected by or you haven’t and don’t know exactly what awaits you. Like that saying there’s two kinds of people in the world, and so on…. So what is Cannibal Holocaust about?

Like all “found footage” films, this one starts out with the premise that a team of maverick documentarians who set out to discover lost tribes in the Amazon are missing. A professor with a rescue team is sent after, only to recover reels of the film they shot before they all died. Back in Manhattan, they are analysing the footage, pondering whether it is fit to air as an exclusive. The professor argues that no, it’s not fit to air, and it takes a private screening with the TV executives to convince them why. What they see is gruesome. One by one, members of the filmmaking team die of brutal deaths. Animal bites, attacks, disease, etc., it’s a deadly jungle, the area they visited – the green inferno. What they discover is there are rival cannibal tribes, which they eventually fall prey to. The footage shows dismemberments, animal killings, rape and cannibalism. It’s such graphic material that in the end, they decide to burn the footage. And Cannibal Holocaust is the film that tells what happened. 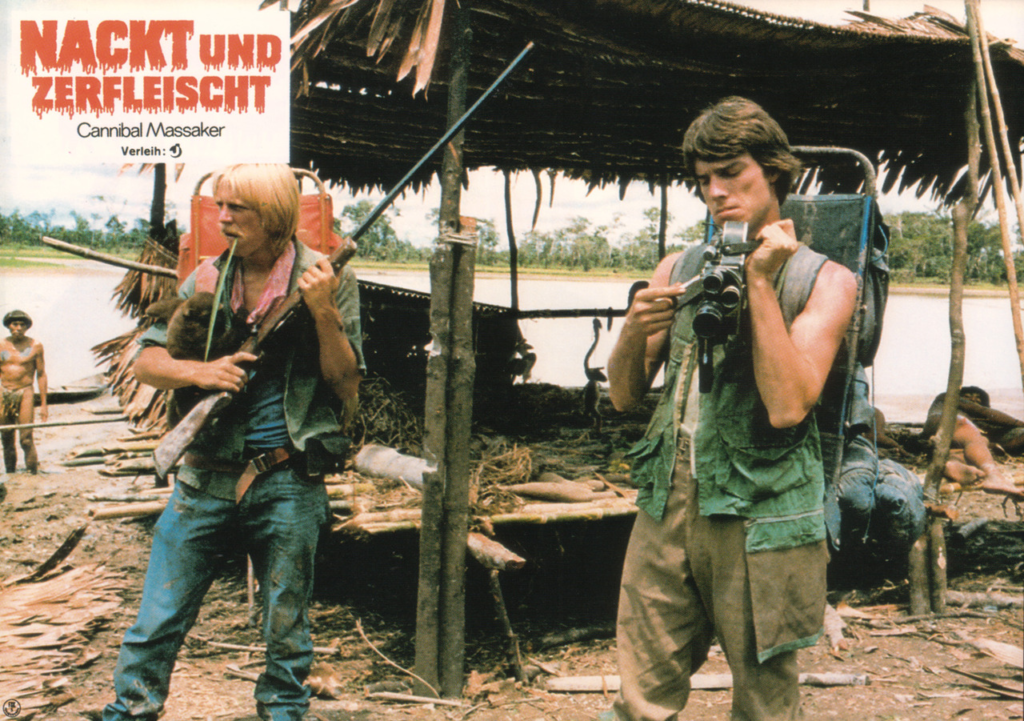 30 Minutes in and the viewer has witnessed some mildly disgusting moments, a ton of prejudice and smart special effects, plus one rather grim rape and kill. But the movie retains its slow moving pace, it’s still a tame expedition. This is what a lot of people till don’t get about exploitation cinema. It’s not like modern day horror movies that feature 2h of CGI-powered gore and splatter. These movies were all tease, they had a few money shots, an interesting premise, but no Hollywood budgets to pull through 90 minutes of what they promise in the advertisements. So this sets out as a subtle and slow movie, and it largely stays that way.

The music is of course something else. Eerie, and at times a bit off-putting, but it reinforces that uncomfortable feeling one has watching it. Riz Ortolani (also known for the spaghetti western Day of Anger, or the the Giallo Don’t Torture a Duckling) did a pretty great job a delivering some memorable tunes and melodies that will stick in your head. You will forever associate these with what you saw on screen, and what you didn’t see. 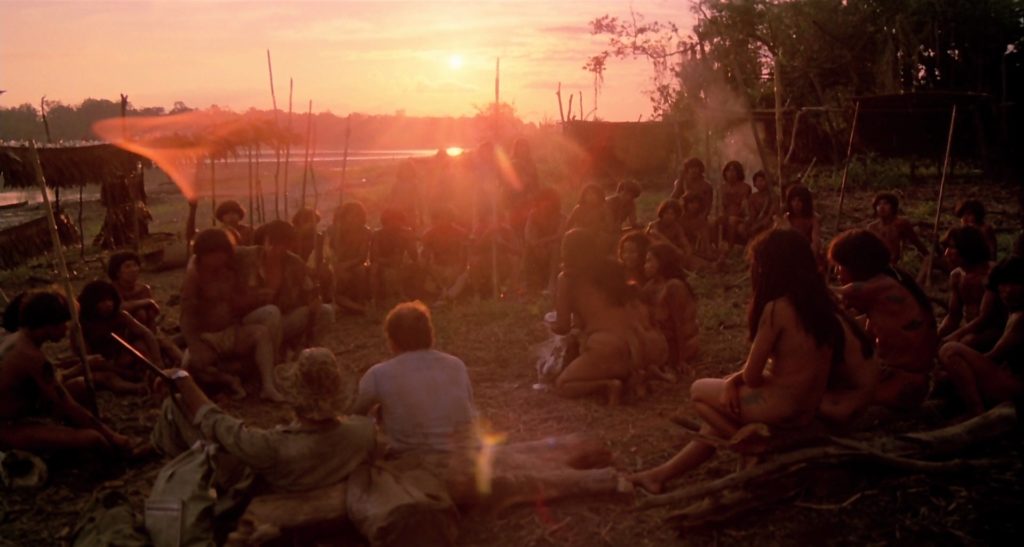 On a media critical level, Cannibal Holocaust employs with rather good success the strategy of embedding a documentary style and footage within footage moments to drive the pseudo-real atmosphere that it exploits, not unlike the various Mondo movies of its time.

Some shots Ruggero Deodato (also known for the polizio Live like a cop, die like a man) got out of the fake native scenes are of course astounding and seem ultra real. The effects might seem dated but the authenticity they portend are still haunting today. His film might not be “high art”, but I’ll be damned if I wasn’t still awestruck somewhat watching it – and similarly disgusted.

The film later takes a few deep breaths and then delivers some more shocks, pointedly, in small doses, and are just as subtle as they are gross.

After the hour is almost over you think you’ve just seen someone slaughter a live turtle, or was it not real? It’s disgusting. That’s just to slowly warm you up for the finale. But by then you learn what is really going on and it sort of puts things into perspective, not a positive one, but in the sick reality of the framework of the story at least. Those who’ve seen the film will know, and it has to do with a very smart delivery of dimension of the main characters through motivations. 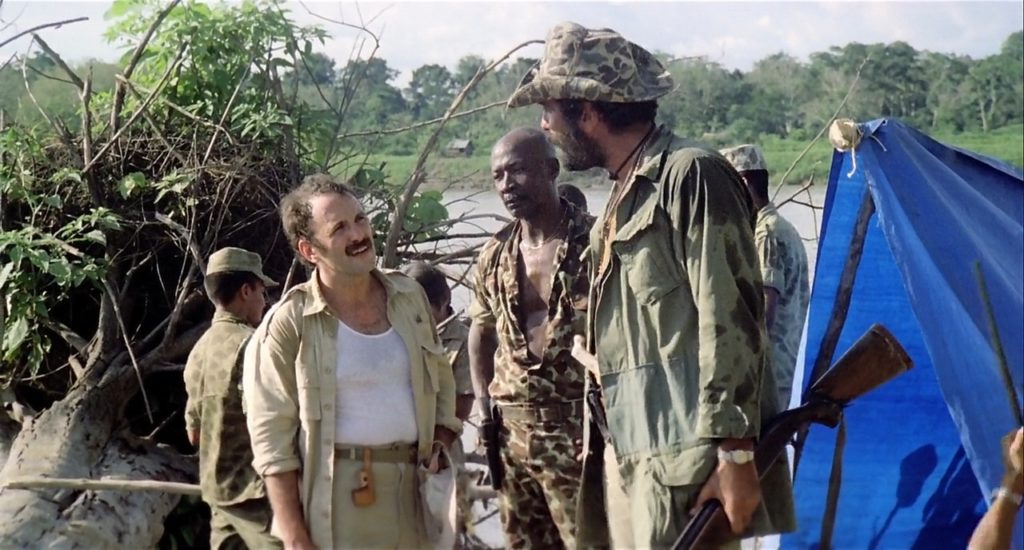 The film still manages to shock viewers today, but it’s more implicit than I would’ve expected. If you cut the movie down to just the shocking moments, your left with a few minutes at the most. The rest is in your head. The menacing atmosphere, the cannibalism, the god-knows-what-else can happen in the jungle feeling. Lots of atmosphere and lots of shaky cam too.

The movie echoes Vietnam – and colonialism especially – just as it feeds on the audiences’ hunger for exotic adventures, cheap thrills and splatter. It manages to define a genre that had all sorts of angles on the cannibalism element. Another notorious title, Cannibal Ferox, tried to one-up this one. Also a legendary shocker, but not as skilled as Deodato’s. But not everyone would call the other a cheap knock-off. To those who have never seen Cannibal Holocaust or its brethren, don’t mistakenly mock them. Yes, you might still need a strong stomach today but they stand on their own, as different, weird, little genre gems.