What do you do if you’re a priest, bound by the covenant of the church not to divulge confessions—even to authorities—and someone you know confesses that they’ve just committed a murder?

Alfred Hitchcock’s off-the-beaten-path I Confess (1952) illustrates the dilemma engagingly. Based on Paul Anthelme’s French play “Nos deux consciences,” I Confess is a treatise on duplicity: the story of people living profoundly conflicted and compartmentalized lives. 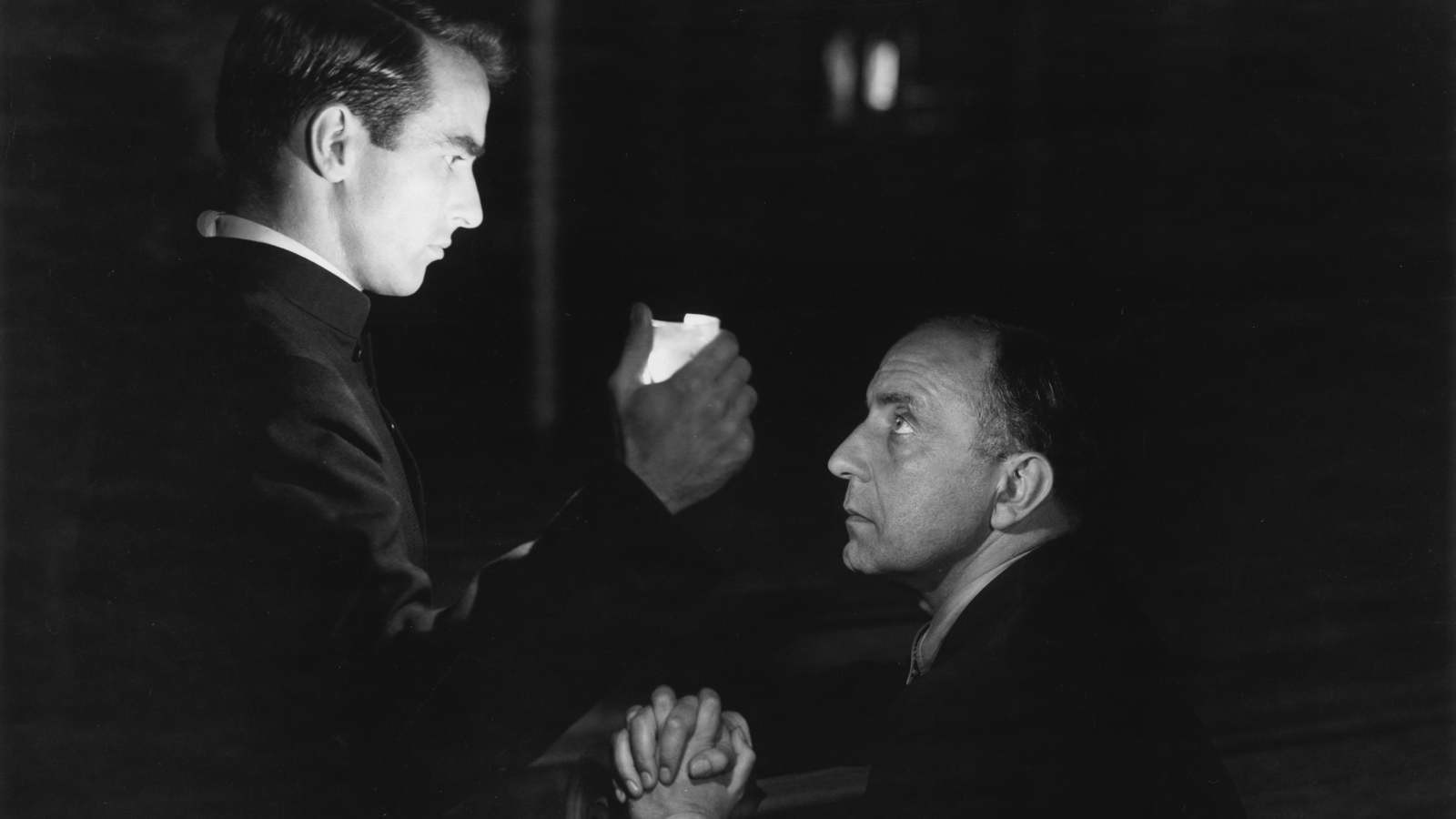 Montgomery (A Place in the Sun) Clift plays father Michael Logan, a sensitive and sensible priest who once had a romance with a woman who just won’t let go. The woman in question is Ruth Gandfort (Anne Baxter; Eve in All About Eve) an unhappily married expatriate American now living in Quebec. Ruth’s days are spent lunching and languishing amidst lavish surroundings provided to her by her successful attorney husband Pierre’s flourishing career. For his part, Pierre (Roger Dann), is a considerate and doting partner; always there for Ruth but perpetually underappreciated. Both Ruth and Pierre live in the shadow of the past: Ruth remains deeply in love with her first romance—father Logan. It’s a painful truth and one that occasionally rears its ugly head. In the midst of a quarrel Ruth blurts out “I’m not in love with you and I’ve never pretended to be!” Pierre’s answer is both heartbreaking and pathetic: “What does one do when one’s wife is in love with a priest?”

Indeed, but there are other matters at hand. German refugee handyman Otto Keller (O.E. Hasse), an employee of the church at which father Logan resides, has murdered a local merchant. Keller’s close proximity to Logan allows him to tamper with evidence and misdirect authorities to Logan. 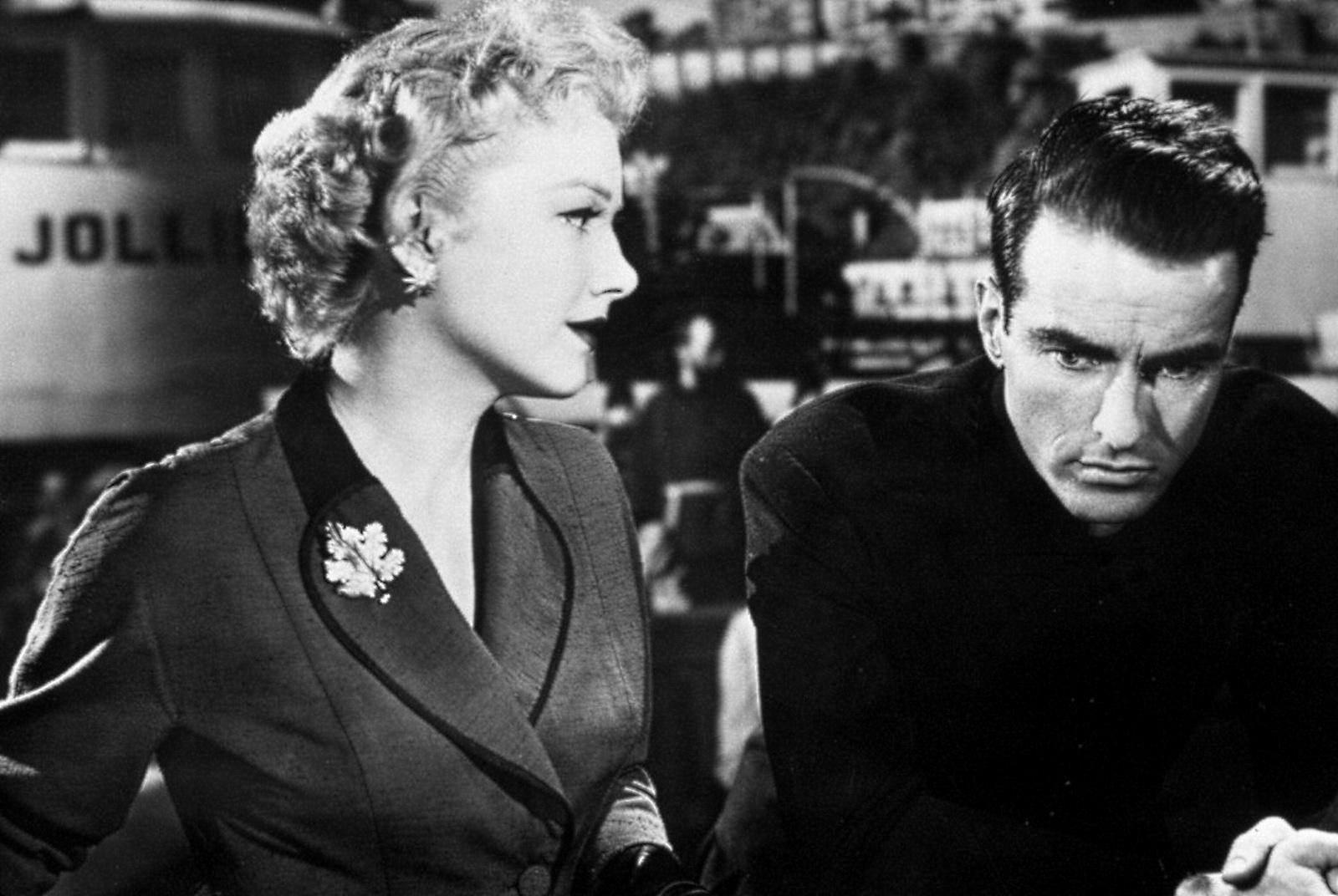 With a full heart and a fearless nature Ruth submits to a police station interrogation and makes a “confession” in a courtroom—all in support of father Logan. What Ruth doesn’t know is that her good deed makes Logan appear even guiltier than he did before: the timeline she provides confirms “an open window” in which Logan could have committed the murder.

Charged with finding out the truth—or getting the confession—is passive/aggressive Superintendant Willy Robertson (Brian Ahern), a friend of Ruth and Pierre’s but also a skilled lawyer who’s not above extracting Ruth’s humiliating personal story in front of a packed courtroom. Logan’s most prominent adversary is Inspector Larrue (Karl Malden), a man whose chance glance out the murder victim’s window sets him decisively on Logan’s trail. 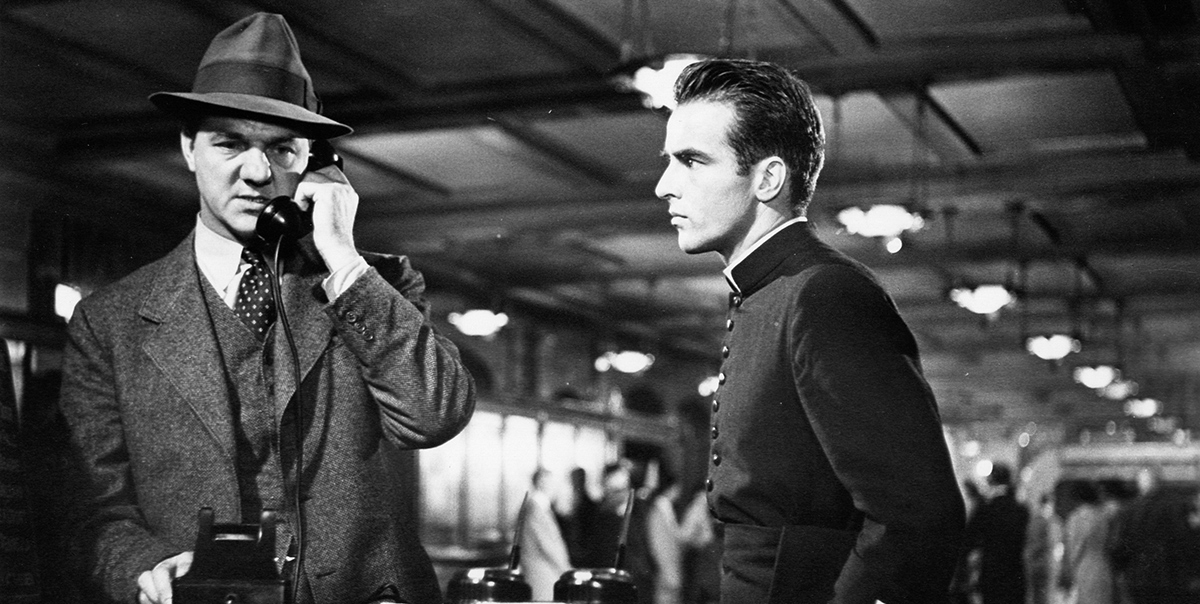 Robert (Rear Window, Vertigo) Burks’ stunning cinematography hauntingly presents Quebec’s beautiful cathedrals, cobblestone streets and charming villages. And an extensive cast of obviously native extras adds to the film’s foreign ambiance. Additionally, the rare peek behind the curtain of the clergy, steeped as it is in procedure and ceremony, offers an illuminating tour of religious rights.

Also front and center is Alfred Hitchcock’s well-known penchant for presenting human beings as “things”. Clift, with his movie star mask face embodies the fantasies of both Ruth and the fans that made him a star. Baxter, immaculately coiffed and “costumed” is the perfect she-mannequin. And with his uneven complexion and “nose that knows,” Malden is the everyday man: an effectual functionary.

Generally panned by critics at the time of its release, today, I Confess (a stellar title) has a political urgency not felt by early fifties audiences. With the crimes of the Catholic church omnipresent—child abuse, cover ups, embezzlement—I Confess is splendidly resonant. It’s a romanticized and occasionally melodramatic examination of compromise. A neatly resolved Hollywood film that deals with a plain and simple topic: the truth.