It is said that this film was born out of the desire of both stars to appear in one movie. At the beginning of their career, they had both been fired by Universal Studios, Burt Reynolds because he couldn’t act and Clint Eastwood because he talked too slow and his Adam’s apple was too big. They had been good friends ever since, but never starred together in a movie. It turned out to be difficult to find story material that fitted their respective screen personae, but then Clint got hold of a script called Kansas City Blues, written by Blake Edwards, best known to large audiences as the director of the Pink Panther movies. As a jazzer Clint liked the setting and he also liked the idea of a story about two old pals who have grown apart but are forced to hook up again.

Clint is a taciturn, crusty police detective called Speer, Burt is Murphy, Speer’s former partner turned gumshoe. Once they were good friends, now they can’t stand each other, and to make things worse they have eyes for the same woman, Murphy’s secretary Addy (Jane Alexander). Addy loves both men, so after kissing Murphy goodbye at the end of her working day, she goes on a date with Speer. The two former friends reluctantly join forces again when Burt’s business partner (Richard Roundtree) is killed by the Mob over the contents of a briefcase. The briefcase turned out to be empty, so now everybody – the police force as well as the underworld – is looking for the explosive stuff it was supposed to hold. 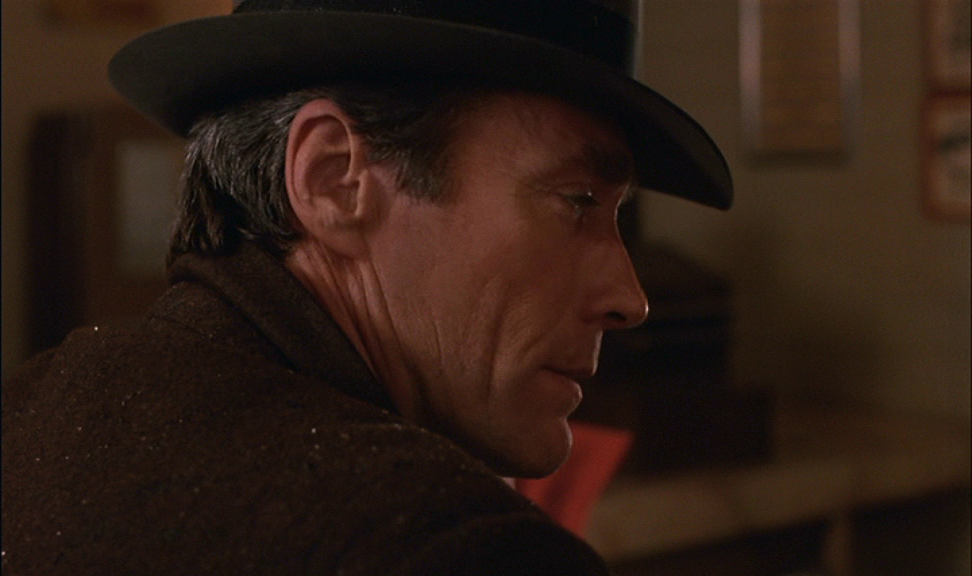 The film is set in 1930’s Kansas City, near the end of the prohibition era; in the movie (and in spite of the original script) the name of the city is never mentioned, but we get a lot of Fedora hats, moustaches and jazz music. That’s all very fine, but City Heat is not the crackerjack movie it was supposed to be. Blake Edwards, the author of the script, was also asked to direct the movie but he was fired after a couple of days and replaced by Richard Benjamin. I don’t know what Edwards had in mind, but when he finally saw the movie, he was very unhappy with it and reportedly said that they had turned his writings into something that was painful for him to watch.

City Heat was pulverized by contemporary critics but I noticed that recent comments have been more positive (if not exactly jubilant). All in all it’s an amiable time-passer, but when City Heat was filmed, both action stars were – like the country and the film industry – re-defining themselves. The cynicism and violence that had marked many Hollywood movies in the previous decades (a reaction to the wars the American military had been fighting elsewhere), including several key movies Burt & Clint had starred in, had made way for a more light-hearted approach and both men had scored with fairly light-hearted movies in the recent past, Burt with his Smokey and the Bandit adventures and Clint with his Every Which Way or Whatever nonsense about a trucker and his pet orangutan. 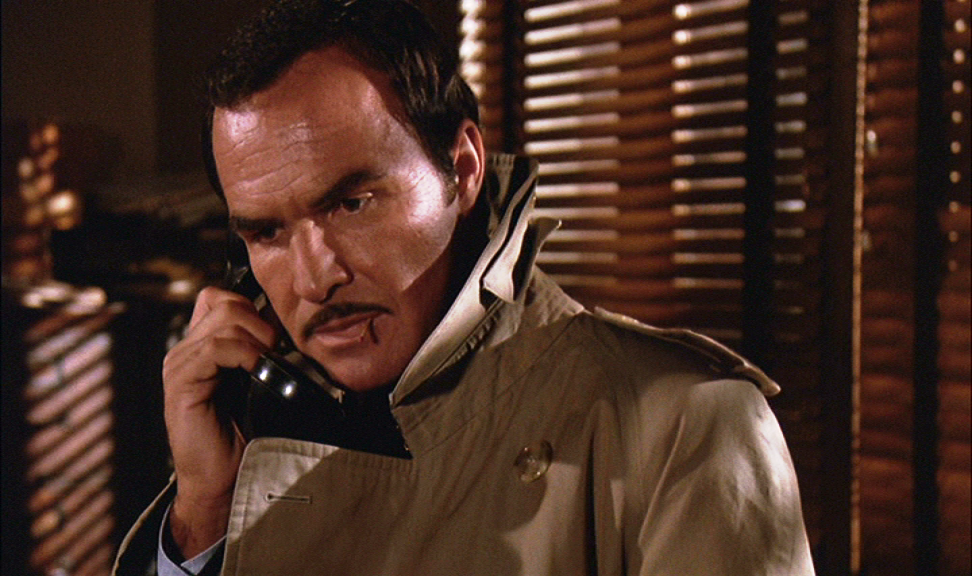 City Heat gives you the impression that the two stars asked themselves, or maybe each other, whether they should play it straight or for laughs, and in the end couldn’t decide: the writing is a bit sloppy and the succession of scenes often looks arbitrary (there are quite a few non sequiturs and at one point a fairly good and violent shootout is immediately followed by an action sequence in near-slapstick style). Some of these winks at Dirty Harry are fun (in one scene Clint is using an even bigger Magnum than Harry’s ‘44) but I think the movie would’ve worked better if they had limited the comedy to a few tongue-in-cheek jokes or – quite on the contrary – turned the whole thing into a spoof. As it is, it’s too silly to work as a thriller and not funny enough to work as a comedy. And if you have Clint and Burt and (for God’s sake) also have Jane Alexander, you should come up with something better than a good time-passer. 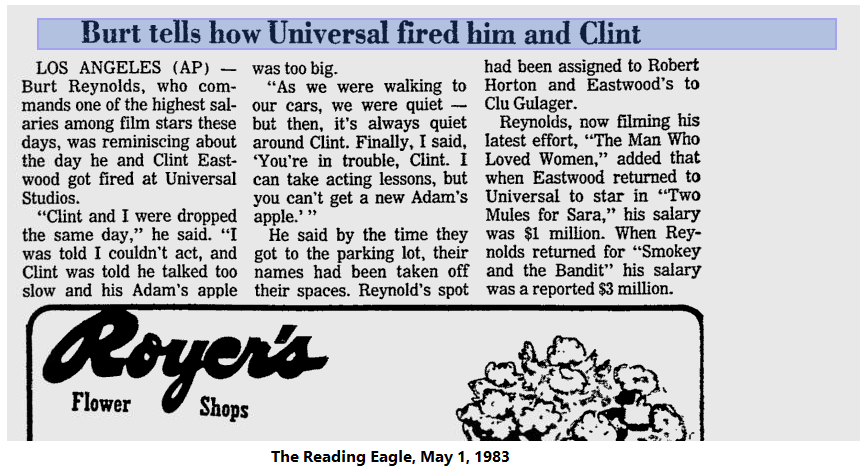 Video document (Burt telling how Clint & he got fired on the same day):
http://www.viking2.co.uk/showbiz/the-buzz/burt-reynolds-clint-eastwood-and-i-were-fired-on-the-same-day/ 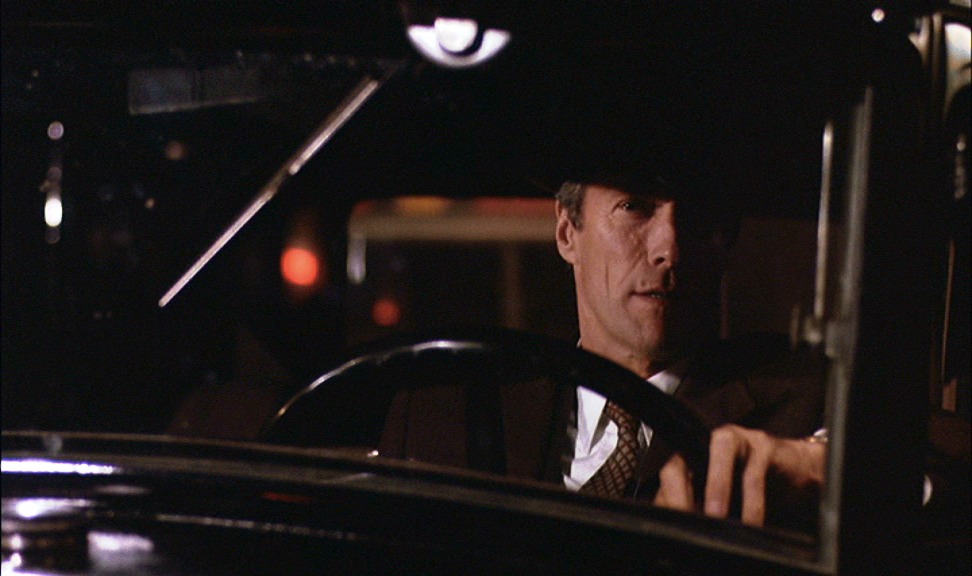