Jane Got a Gun | 50 Furious Westerns 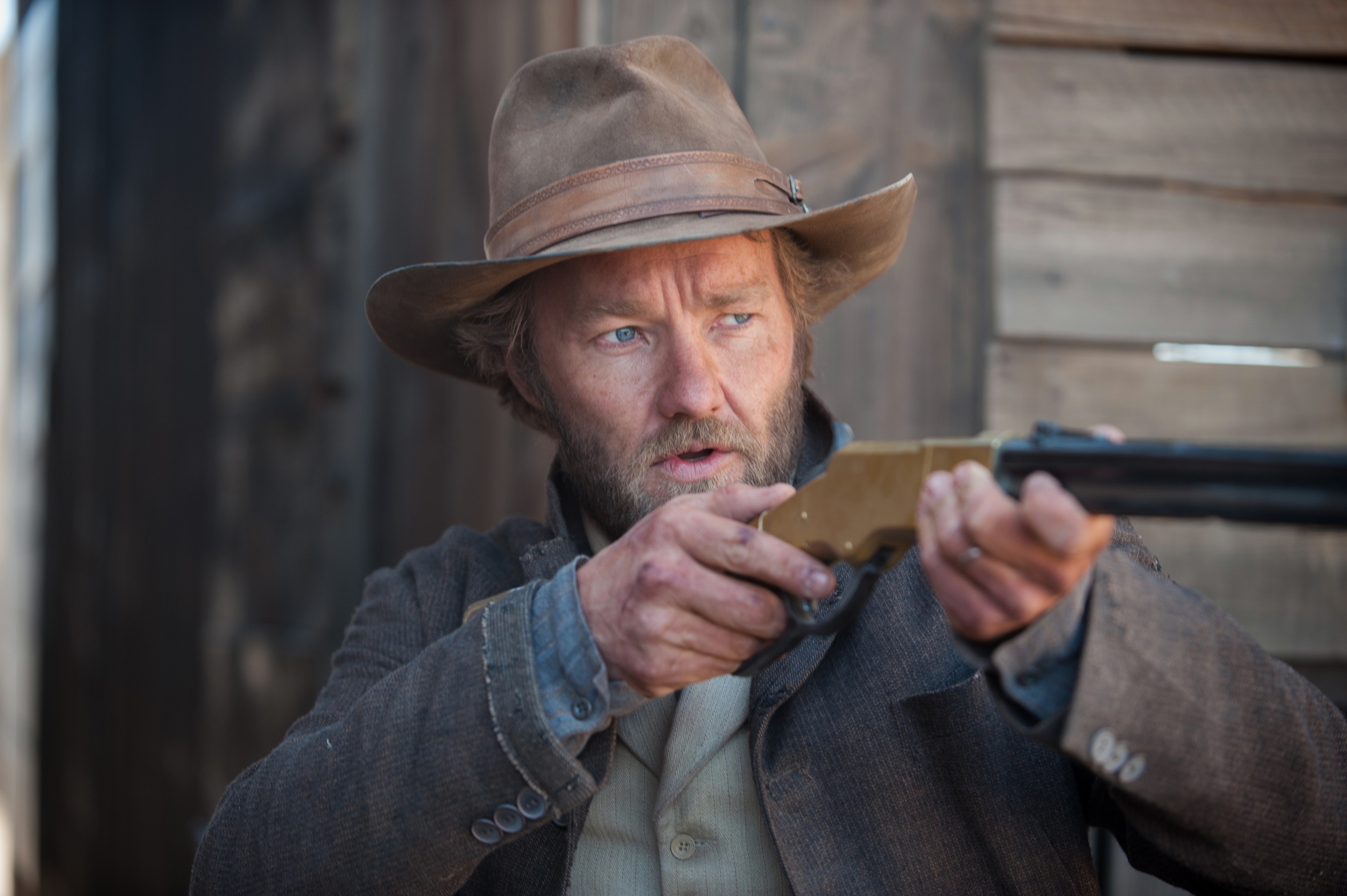 Jane Got a Gun, the much delayed 2015 western with Natalie Portman (Closer), Joel Edgerton (Warrior) and Ewan McGregor (A Life Less Ordinary) has seen a troubled production history. It got released very late into theaters (or not at all), disappeared as quickly as it arrived and is now trying its luck on home video. We looked forward to it for a while, so now it’s time to see if our expectations were met.

The movie tells the story of Jane (Portman), whose fiancee leaves her and their child alone to fight in the Civil War. She then joins a trek of settlers under the protection of shady businessman John Bishop (McGregor). It turns out Bishop and his gang have other things in mind for the women and girls besides protection. One of his men, Bill Hammond (Noah Emmerich) has a conscience and liberates Jane from a brothel she gets sold to. The two take off, get hitched and settle down on a remote ranch. Her former fiancee Dan Frost (Edgerton), back from the war, realizes Jane is no longer his and turns to a life of isolation. When Bishop and his goons, including Vic (Boyd Holbrook) return, they fill Bill’s back with lead during an unexpected encounter in the city, leaving Jane no choice but to seek out Dan in order to fight back….

I don’t want to get too much into the unhappy production history of the film (a glance at the list of producers speaks volumes) and you can read about that elsewhere. Two things are important in this context. One, in respect to discussing the production, such matters can greatly damage a movie, as each review (including my own) will have to touch on the circumstances of the film’s making and why – possibly – it isn’t as good as expected. Two, the movie wasn’t treated well even after its completion. In Germany for example, it got beat to a pulp by all the big releases between Christmas and New Years, including Star Wars, and then ran for just a few days but only in a fistful of theaters. This is unfair towards Jane Got a Gun and very disappointing as well. The fact the film ended up being a lot better than expected amidst all the trouble, is a positive thing.

I am always pleased to see new westerns released, as long as it isn’t some bullshit along the lines of Wild Wild West or Cowboys vs Aliens, even though that one had some fun ideas in it. So I did look forward to Jane Got a Gun and I have to say I was not disappointed. Slow West on the other hand, I didn’t care for at all, just as a comparison. Putting Natalie Portman in a Western is already a nice idea for a premise. The simple set up with the dramatic turns towards the end make for a solid piece of Western storytelling so there is no need for this movie to hide from critics. It might’ve made sense for Jane Got a Gun to be told chronologically, to achieve a decent climax to work toward, but it also works as a more auteurish piece.

Visually speaking, the movie is great, and along with the subtle music score, it’s quite a pleasing experience. There’s a few downsides however, but they might be due to the BluRay’s poor transfer (see below). The movie successfully conveys a sinister and threatening, but also natural and atmospheric mood. Ultimately, it’s the almost claustrophobic imagery that dominates Jane Got a Gun. Views through the cracks of boarded walls, or dark nighttime scenes seem to envelop you. It’s a realistic film, one that deals with fear and imminent death but with none of the protagonists depicted as bulletproof as it is with so many movies in the genre. The vulnerability and fallibility of the characters is a central theme, even though Jane is portrayed as a strong woman, or at least a strong willed one.

The movie does seem to live off of Portman but her slightly timid character is sidelined by a great performance from Joel Edgerton, whose presence fits a lot easier into the story. Ewan McGregor however I thought was underused. He delivered a great Billy Bob Thornton type performance as he enjoys being the bad guy and plays an opaque and mean character. The audience is deprived of a great showdown duel at the end but that fits the antithetic tone, which picks up on all the genre conventions and does not disrespect them blindly.

There’s not much I can say about the BluRay (the one I have is the German release) as there are zero extras on the disc. The overall quality is great, the transfer is excellent and the sound very convincing, including the depth of the surround sound. The problem is the bad sound mix which makes dialogue hard to comprehend, as it sounds too distant. I mentioned the transfer above and wrote that there is a slight downside. The weakness of the transfer (and that might be different with other releases) is noticable during fast movements and the dark scenes. How irritating this is, ultimately depends on your equipment. All in all however I can say the disc is very good. The UK BluRay will be released in August.

Jane Got a Gun is a sinister western that is far better than its reputation might make you believe. Some weaknesses hold the movie back a bit so it will forever be considered average, but if you ignore its troubled production, you can look forward to an excellent western drama that delivers. 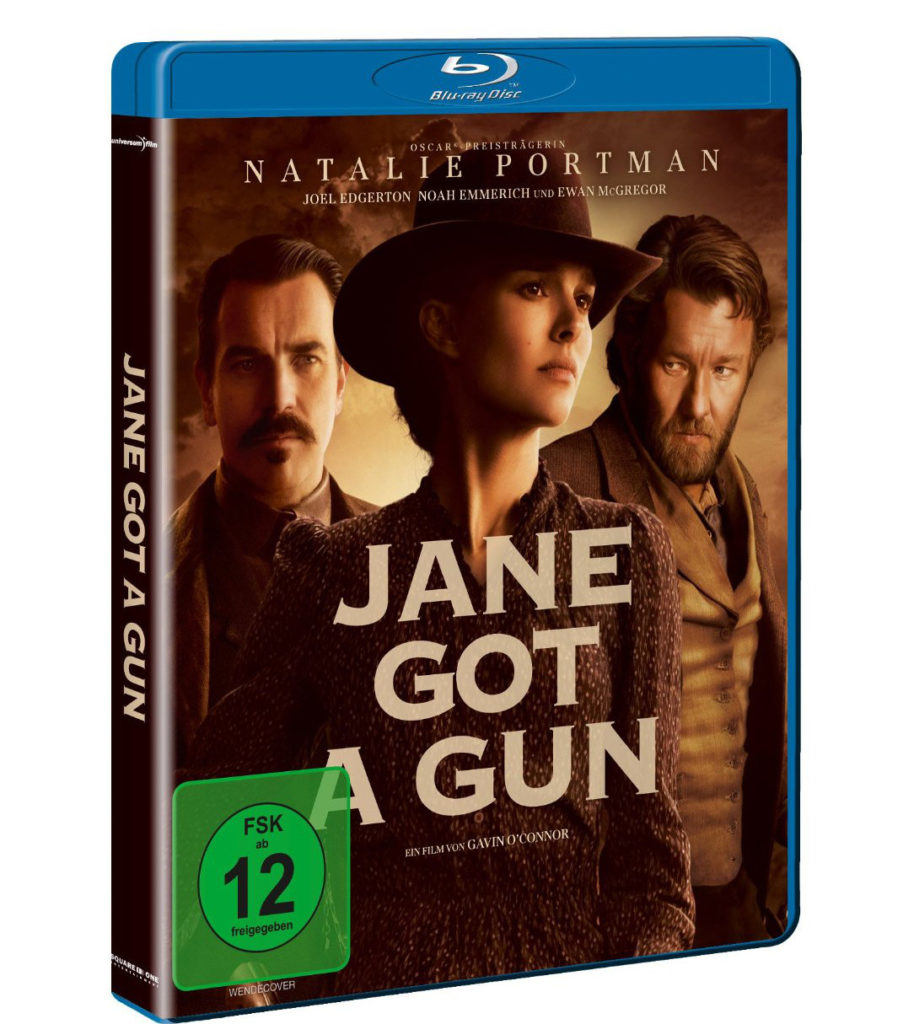 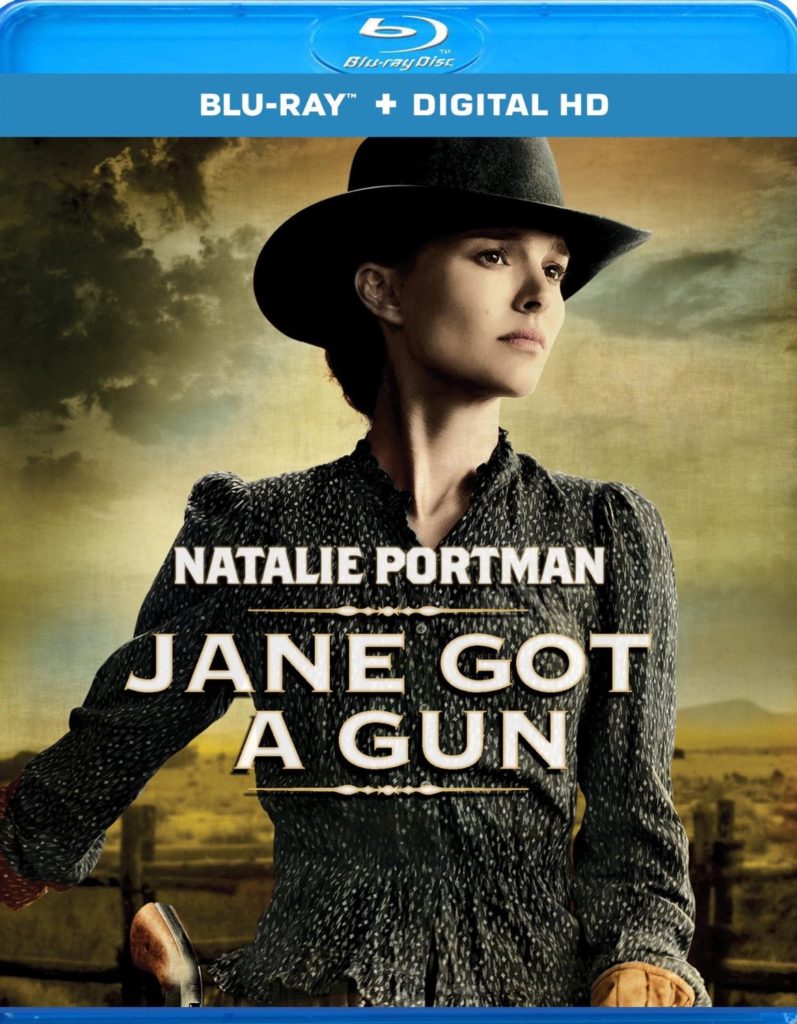 This review is a translation of the same text on Nischenkino.de