This third in the Fallen series—preceded by Olympus Has Fallen (2013) and London Has Fallen (2016), continues to chronicle the adventures of uniquely talented Secret Service operative Mike Banning (Gerard Butler): currently up for the post of director of the Secret Service.

The “Angel” (a reference to his position as the President’s primary protector) is now, it appears, burnt out. He also suffers from depression, remorse and debilitating flashbacks—and is need of chronic pain medication. 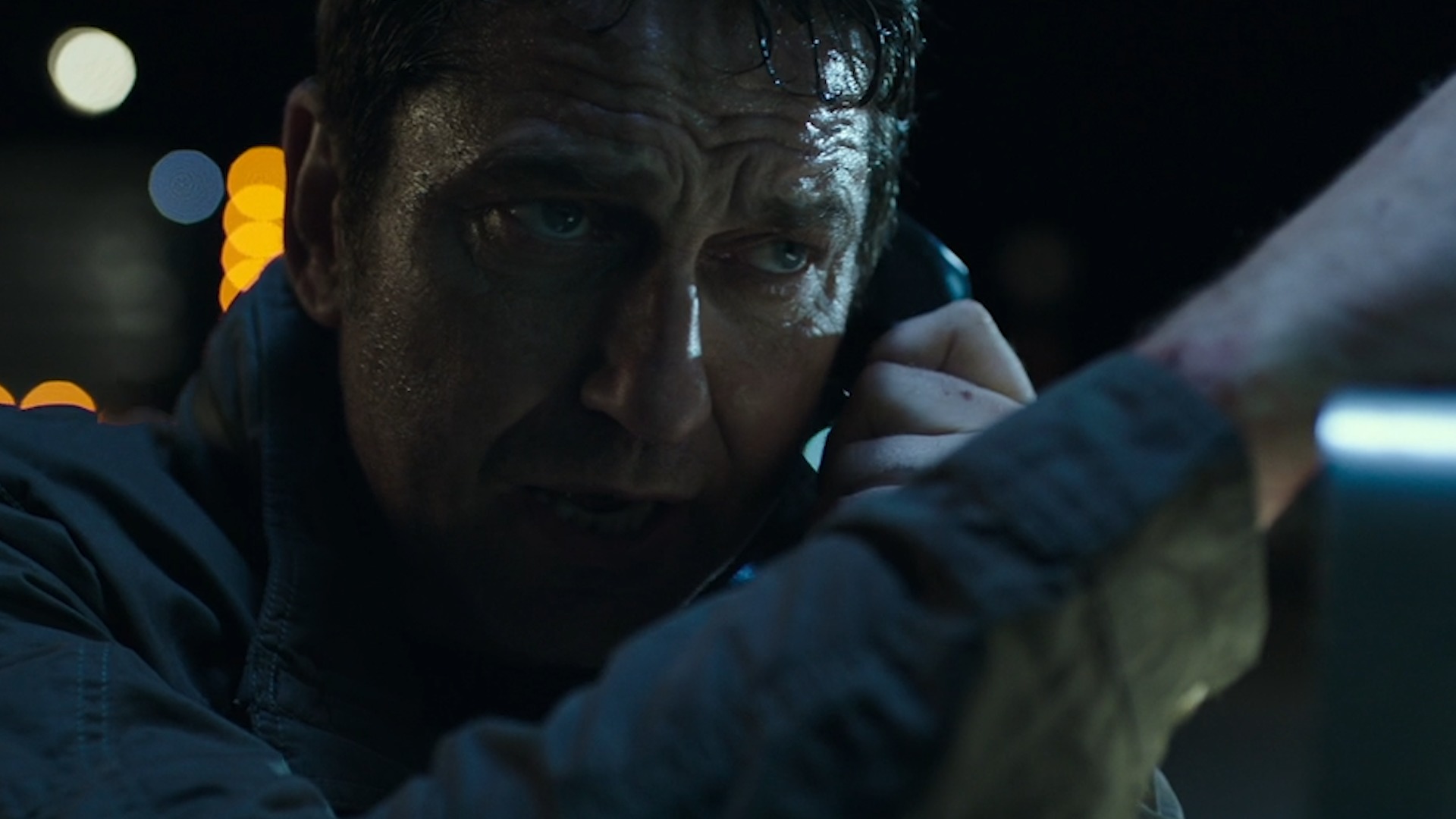 We’ve met Banning before and know something of his history. He’s a family man with a lovely daughter and doting wife Leah (Piper Parabo). But he’s also married to his job, on call any time of the night or day, and is gruff, myopic and unwaveringly pro America and pro the American President—Morgan Freeman is back again as Alan Trumbull, the quiet-voiced President of the United States.

Banning is being set up to take the rap for a devastating (and spectacularly realized) drone attack on the President and his extensive security detail. Wade Jennings (Danny Huston) leader of conglomerate Salient Global might be in on it; but so might a close-proximity occupant of the White House: someone with a hidden agenda. 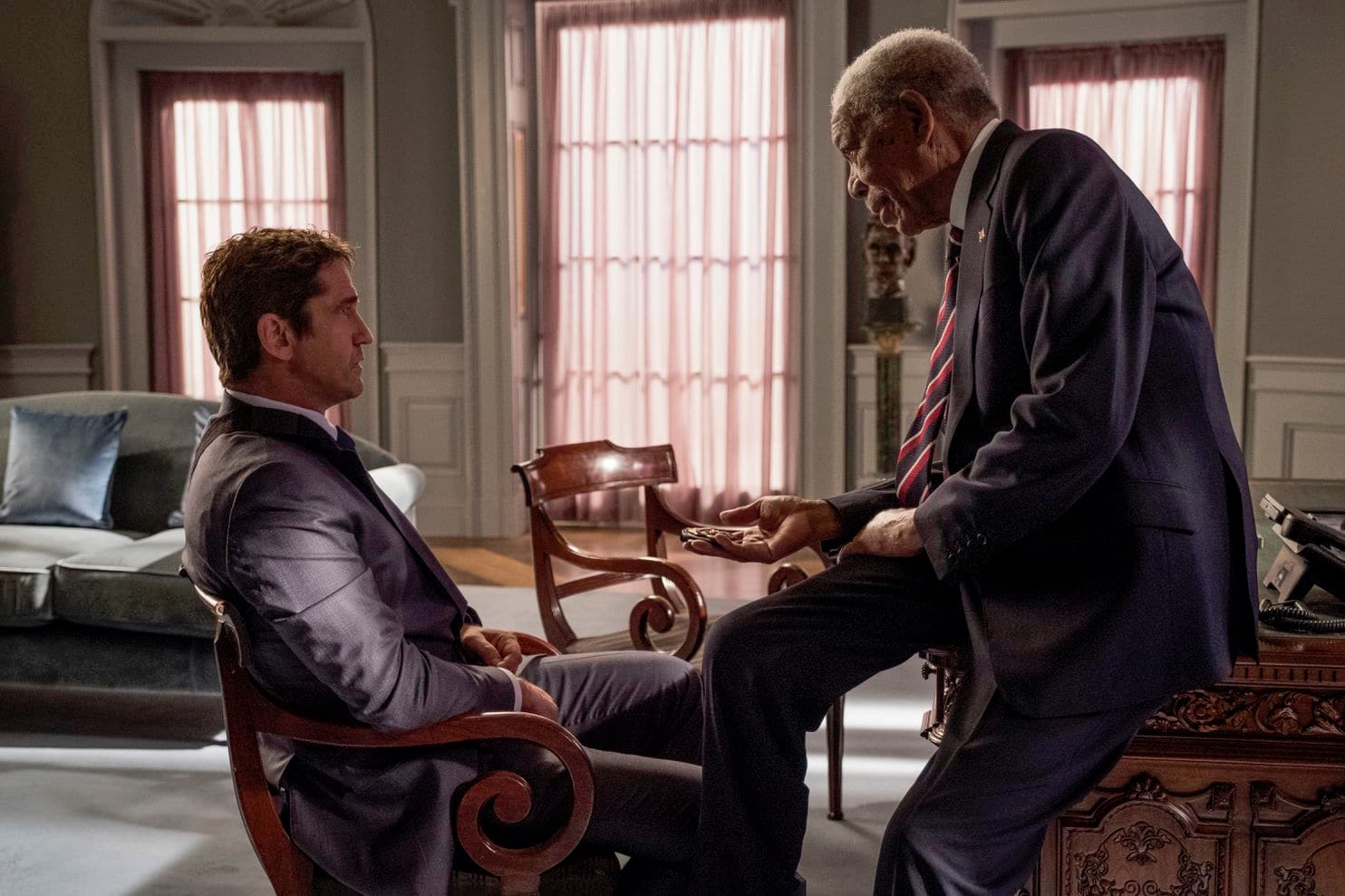 On hand to figure out what’s going on is Jada Pinkett Smith as determined FBI supervisor Helen Thompson: mixing it up is Clay (Nick Nolte), Mike’s dad—a man who abandoned Mike and his mother. Will Mike invite his newly discovered father to be a part of his current life?

Angel Has Fallen’s many memorable moments include the awe inspiring drone attack—hundreds of drones in flight simultaneously—each with a mark; the complete demolition of a downtown hospital building (the demolition of buildings is a staple of the Fallen films—Big Ben suffered in London Has Fallen); a swirling, extended rapid-fire gunfight in a futuristic looking mall; and the requisite exploding helicopter atop a skyscraper. There’s also a “buddy” scene that appears to pay homage to the downbeat final sequence in Blade Runner.

A solid addition to the franchise, Angel Has Fallen is a technologically enlightening and up-to-date giant budget action adventure film with crowd-pleasing bells and whistles: thumping music, elaborately choreographed shootouts, likable characters, and some nice surprises.