HAL is a celebration of a unique filmmaker

One of our favorite filmmakers HAL ASHBY (The Last Detail, Bound For Glory, Being There) is the subject of a new documentary called HAL from director Amy Scott. Oscilloscope Laboratories has acquired the rights and will release the film in theaters in September. Featuring interviews with Jane Fonda, Jon Voight, Jeff Bridges, Louis Gossett Jr and Lee Grant. If you love cinema of the 1970s, we highly recommend checking this film out.

Official Synopsis: Although Hal Ashby directed a remarkable string of acclaimed, widely admired classics throughout the 1970s—HAROLD AND MAUDE, THE LAST DETAIL, SHAMPOO, COMING HOME, BEING THERE—he is often overlooked amid the crowd of luminaries from his generation. Amy Scott’s exuberant portrait explores that curious oversight, using rare archival materials, interviews, personal letters, and audio recordings to reveal a passionate, obsessive artist. Ashby was a Hollywood director who constantly clashed with Hollywood, but also a unique soul with an unprecedented insight into the human condition and an unmatched capacity for good. His films were an elusive blend of honesty, irreverence, humor, and humanity. Through the heartrending and inspiring HAL, you feel buoyed by Ashby’s love of people and of cinema, a little like walking on water. 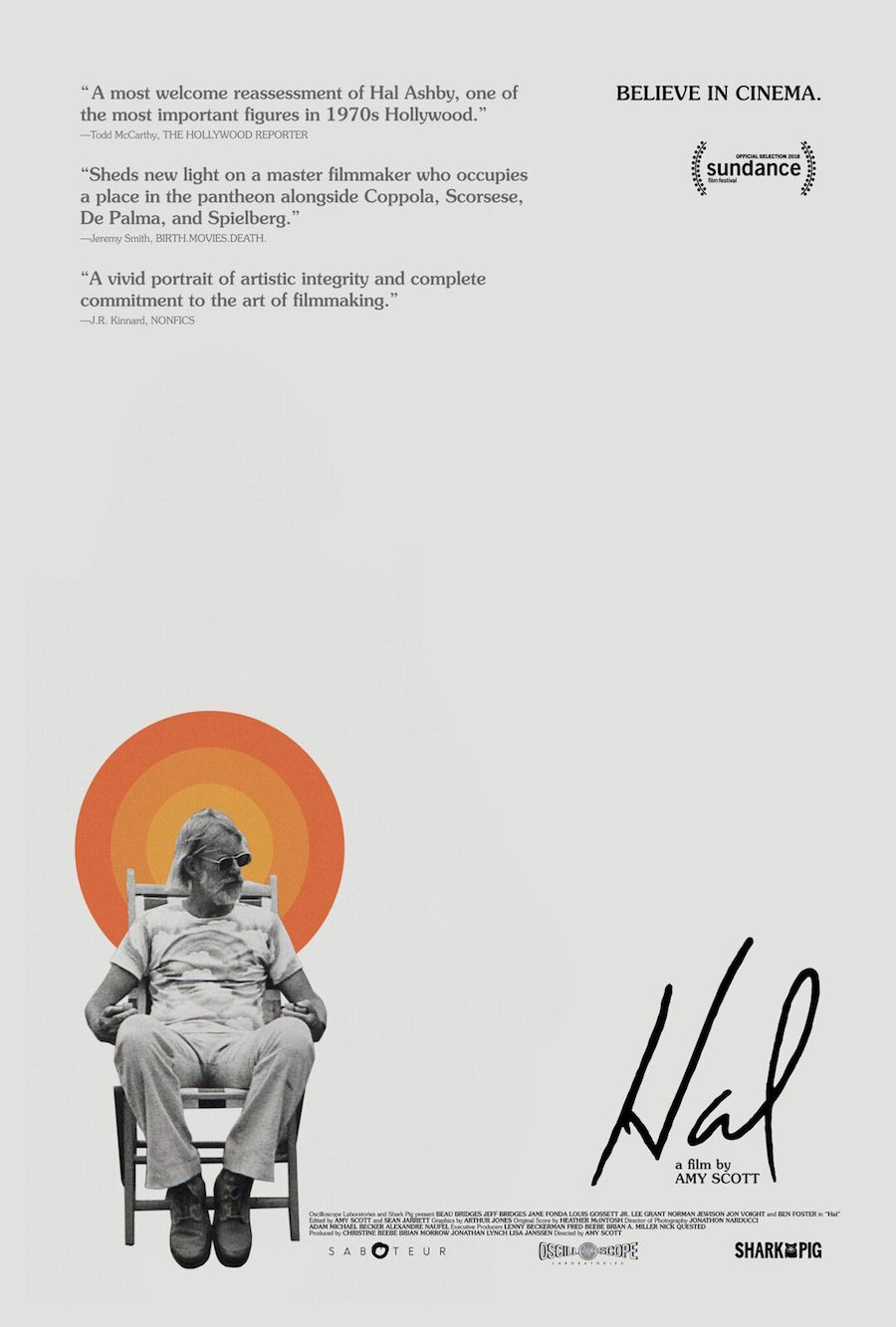