It’s been 10 years since Robert Downey Jr suited up as Iron Man in the first film of the Marvel Cinematic Universe. In that time we’ve gotten one great film after another and come to know and love the colorful characters that have fought evil to protect the world from villains both large and small. The grand culmination of the first wave of the MCU will have The Avengers facing their most deadly foe. The intergalactic warlord Thanos (Josh Brolin) is on a mission to collect all the infinity stones so he can use a special gauntlet that will grant him omnipotence and the ability to wipe out half the universe. His main goal is to bring balance and order but of course this means billions of lives will be blinked out of existance. Along with the cosmic collective known as the Guardians of the Galaxy, Earth’s mightiest heroes will have to come together once again and use every bit of their intelligence, wit and power to save the day. From the looks of it, there’s no sure way to know if they’ll succeed this time. Thanos may just be too powerful to be stopped.

The Russo Brothers who directed Captain America: The Winter Soldier and its follow up Civil War are at the helm of this Marvel magnum opus. Their work behind the camera has readied them to bring a visionary spectacle to the screen the likes we really haven’t seen before. You can tell from the eye candy imagery, breathtaking action and massive scope (it was filmed entirely in IMAX) that we’re in for something that can only come along once in a lifetime. Marvel fans have been waiting years for this event and now it’s finally time for The Avengers to meet Thanos. Will they win the fight or even make it out alive? We’ll have to wait and see on April 27th when the film hits theaters. 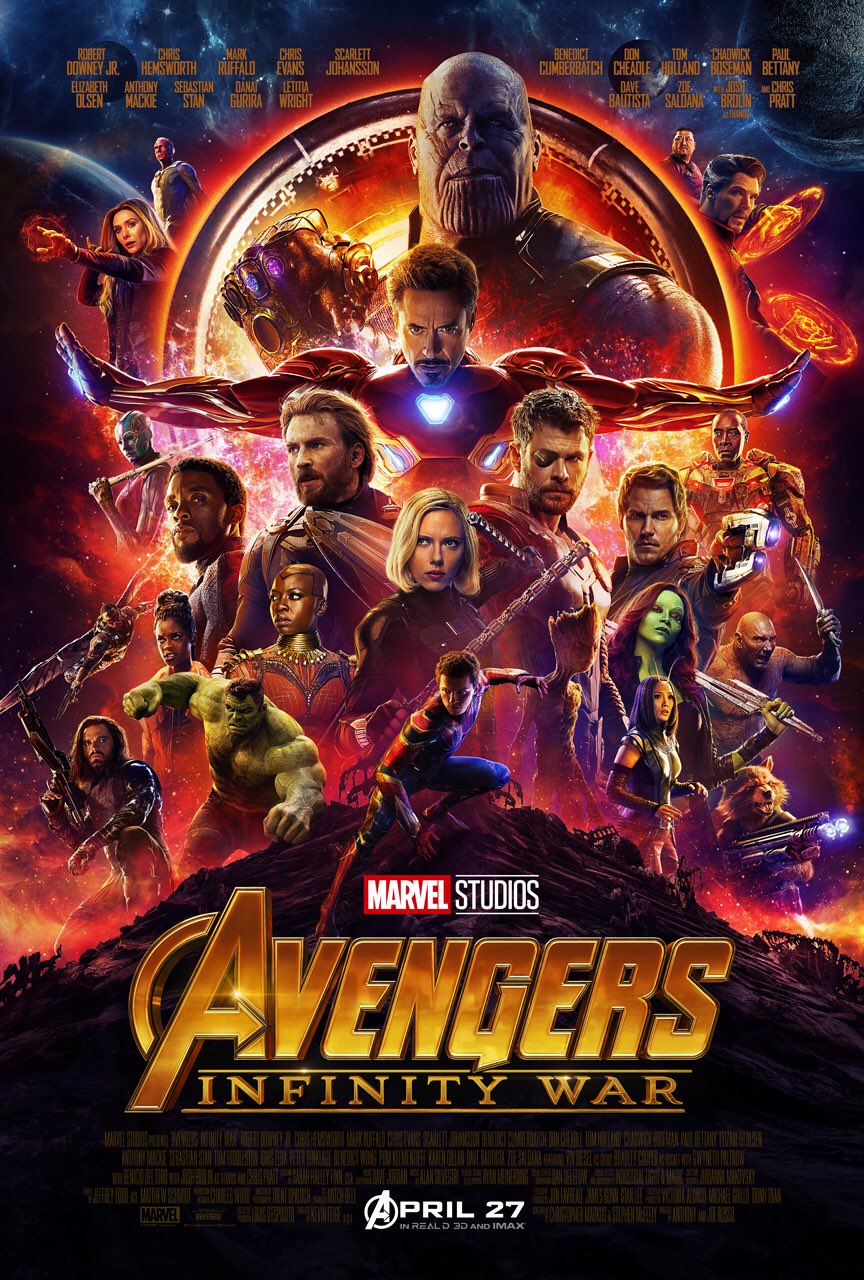