Here at Furious Cinema we love westerns, especially the spaghetti westerns of the 60s and 70s. They were a unique stylized European reinvention of the genre. They took the Wild West stories of yesteryear and turned them right on their ear. The most famous director to make these movies was of course the legendary Sergio Leone. His Dollars Trilogy was a groundbreaking and thrilling spin on all the Western films he grew up watching and revered. The first in the series was A Fistful of Dollars, which was essentially a remake of Akira Kurosawa’s 1961 samurai film Yojimbo but set against a Western backdrop. But that simple description definitely doesn’t cover just how iconic and influential it would become in pop culture and on filmmakers all over the world. They’ve become a historic part of the fabric of international cinema and continue to resonate with audiences all these years later.

If you love Leone’s films like we do you’ll be happy to know that Kino Classics will be releasing a brand new 4K restored edition of the film that made Clint Eastwood a household name. The upcoming BluRay is jammed with extras too, so make sure to pick up a copy. BUY FROM AMAZON

Synopsis: Clint Eastwood’s legendary “Man With No Name” makes his powerful debut in this thrilling, action-packed “new breed of western” (Motion Picture Herald) from the acclaimed director of The Good, The Bad And The Ugly and For A Few Dollars More. Exploding with blistering shoot-outs, dynamic performances and atmospheric cinematography, it’s an undisputed classic of the genre. 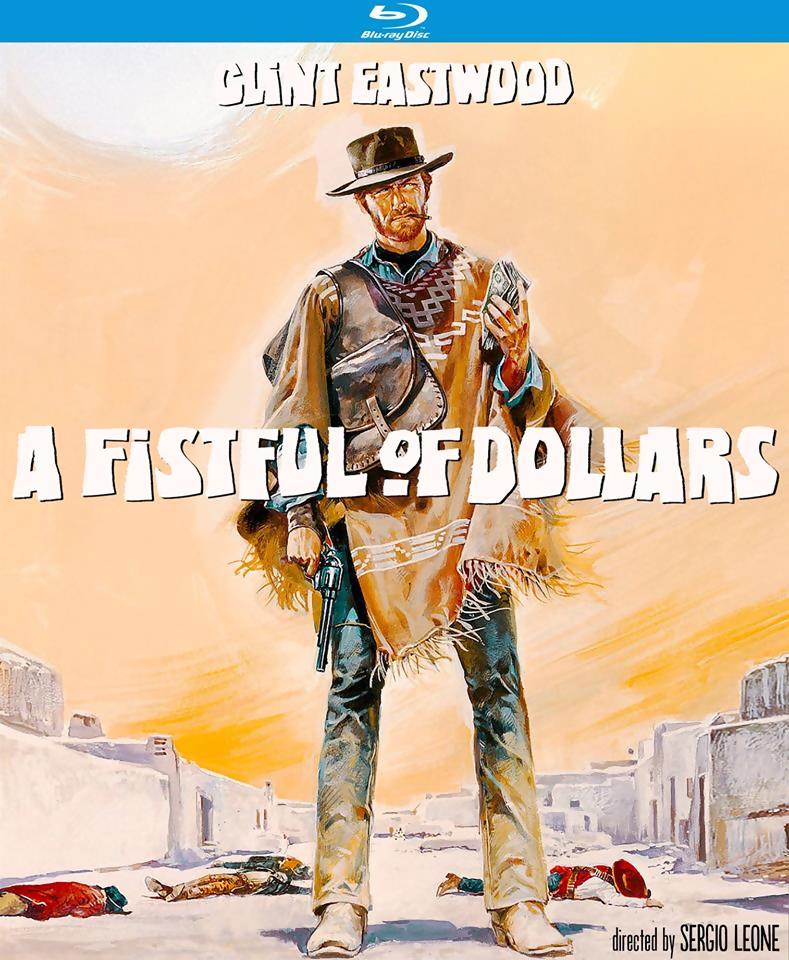