CRIMEWATCH: A Most Violent Year

Among the most hauntingly beautiful films that chronicle the 1980s, A Most Violent Year (the title refers to 1981, New York City’s most pronounced year of decline) is both an uncharted look at the pay for play world of the mom and pop home heating industry and a look at the lightless world of a man who easily reveals “I like to own the things I use.” 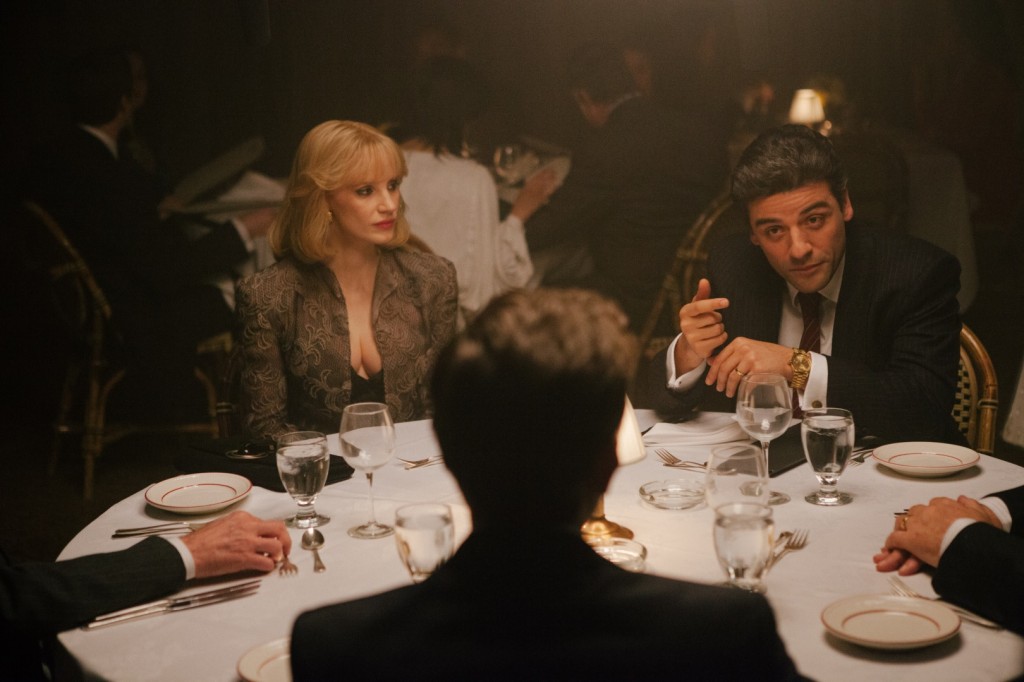 Oscar Isaac plays Abel Morales, a self made man who wants the best for himself, his wife and his young daughter. Abel is proud of the fact that he worked his way up from an oil delivery man to owning his own business which he is now in the position of substantially expanding.

But is he? When necessary financing is pulled at the last minute (his trucks are being robbed and he’s no longer a safe investment), Oscar’s wherewithal is tested. So is his relationship with his Italian mob daughter wife Anna (Jessica Chastain). Unlike Abel, Anna is not concerned with doing things the “right” way; she’s focused on getting things done: by whatever means necessary. Case in point: When the two are traveling on an isolated road and strike a deer, Anna instructs her husband to put the dying animal out of its misery. As Abel fumbles in the trunk looking for a tire iron, she pulls a handgun out of her purse and shoots it dead herself. The act is as much a surprise to us as it is to Abel.

There’s very little actual violence in A Most Violent Year, save for a few delivery truck heists spectacularly staged on Manhattan’s 59th Street Bridge. Instead, amidst heavy atmosphere—snow covered industrial landscapes, gray skies, period clothing and cars—the violence we are subjected to is mostly internal. What is it doing to proud Abel to have to go to several different sources, including his younger brother, and ask for money? What does Anna, who does the books and also serves as a dispatcher at their company, think of her husband’s decision to stray from safety and go for broke? And how is Julian (Elyes Gabel), one of Abel’s drivers, profoundly impacted by Abel’s inability to recognize the fear and limitations of others. 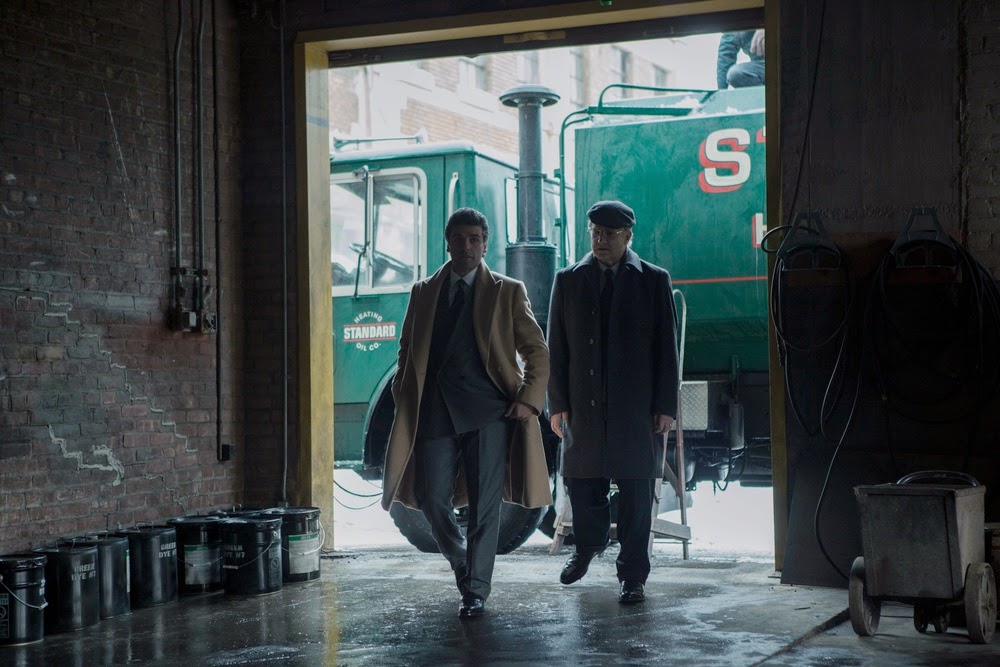 There’s another fly in Abel’s ointment: commissioner Lawrence (David Oyelowo). Not yet bloated by power, but in need of making a good impression, Lawrence is charged with uncovering corruption in the secret world of home heating. At the time of his investigation there’s a lot going on in Abel’s life and things “don’t look good.” The only real comfort Abel seems to have comes from his lawyer/friend John (Albert Brooks), a man adept at turning his head the other way and staying in his own lane.

A smorgasbord for the eyes, cinematographer Bradford Young’s imagery is transporting. Be it graffiti-covered subway cars, the weary-looking (complete with a special effects Twin Towers) New York City skyline or the stark, cubist suburban home that Abel and Anna move into, there isn’t a false note. This IS an eighties film: you’ll be convinced of it. Add writer/director J.C. Chandor’s ode to The French Connection—a harrowing car/truck chase that starts out on the city streets, traverses dockside tunnels, moves through a crowded subway car and ends up on an abandoned platform, and you have a memorably crafted postcard from the past. A tough, gritty, slow-burn adult film that makes a powerful and lasting impression.