We previously picked this film as part of our 10 Mad As Hell Mercenary Films list and we are really happy to see it getting the full high definition treatment! If you’re an action-adventure movie fan we highly recommend picking this one up and adding it to your Blu Ray library!

Synopsis: Screen legends Richard Burton, Roger Moore and Richard Harris star as a team of aging mercenaries hired by a wealthy industrialist for one final mission: Recruit and train a squad of desperate commandos, parachute into an unstable African nation, snatch its deposed President from a maximum security army prison, escape via the military-controlled airport, and massacre anyone who gets in their way. Getting to the target will be murder. But when the group is double-crossed, getting out alive may be impossible. Hardy Kruger (A BRIDGE TOO FAR), Frank Finlay (THE THREE MUSKETEERS), Barry Foster (FRENZY) and Stewart Granger (KING SOLOMON’S MINES) co-star in this blood & guts action classic, now packed with all-new Bonus Features and fully re-mastered in explosive HD for the first time ever in America! 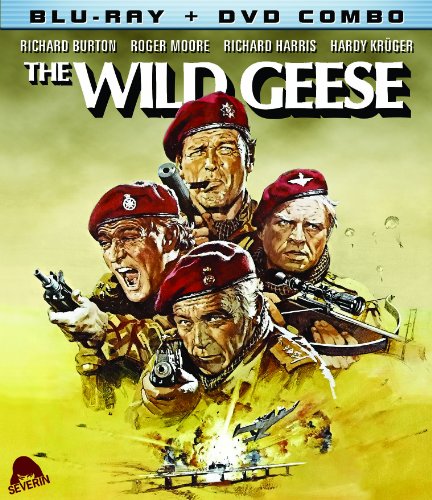