Special Features have not be announced yet but we’ll update when they are.

Official Synopsis: A riveting tale of desperation and betrayal based on David Mamet’s Pulitzer Prize-winning play. Al Pacino, Jack Lemmon, Alec Baldwin, Ed Harris, and Kevin Spacey shine in this powerful story set in the world of real estate. Times are tough at Premiere Properties. Shelley “the machine” Levene (Lemmon) and Dave Moss (Harris) are veteran salesmen, but only Ricky Roma (Pacino) is on a hot streak. The new Glengarry sales leads could turn everything around, but the front office is holding them back until these “losers” prove themselves. Then someone decides to take matters into his own hands, stealing the Glengarry leads and leaving everyone wondering who did it. 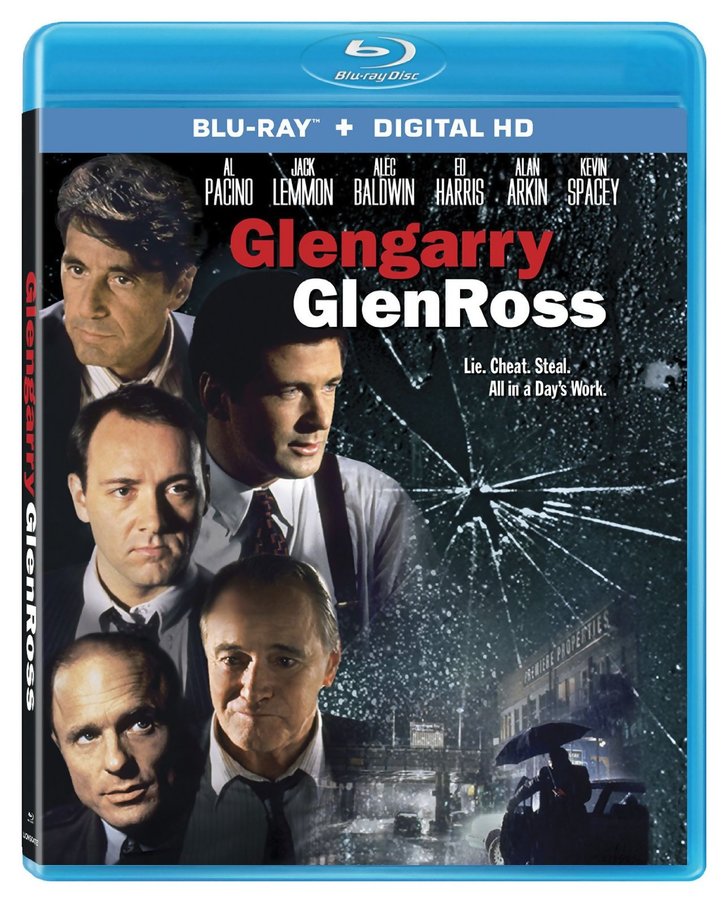