Shout Select is gonna GET SHORTY

On October 23rd the Shout Select speciality home video label will be releasing a Collector’s Edition BluRay of Barry Sonnenfeld’s 1995 crime comedy GET SHORTY. Based on a novel by Elmore Leonard, the story is set in Hollywood where newly retired gangster and huge film buff Chili Palmer (John Travolta) is looking to get into the movie business. Of course, his plans for a new life don’t go exactly according to plan when old criminal ties get him tangled up.

Special Features to be announced.

Synopsis: Drug-smuggling. Racketeering. Loan sharking. Welcome to Hollywood! This hysterical comedy suggests it doesn’t take much to make it in the movies … when you’ve got a background with the mob.

Loan shark Chili Palmer (John Travolta) has done his time as a gangster. So when “business” takes him to L.A. to collect a debt from down-and-out filmmaker Harry Zimm (Gene Hackman), Chili jumps headfirst into the Hollywood scene: He schmoozes a film star (Danny DeVito), romances a B-movie actress (Rene Russo) and even gets reservations at the hottest restaurants in town. In fact, all would be cool for this smooth new producer if it weren’t for the drug smugglers and an angry mobster who won’t leave him alone. But hey, this is Hollywood and no one said it would be easy. 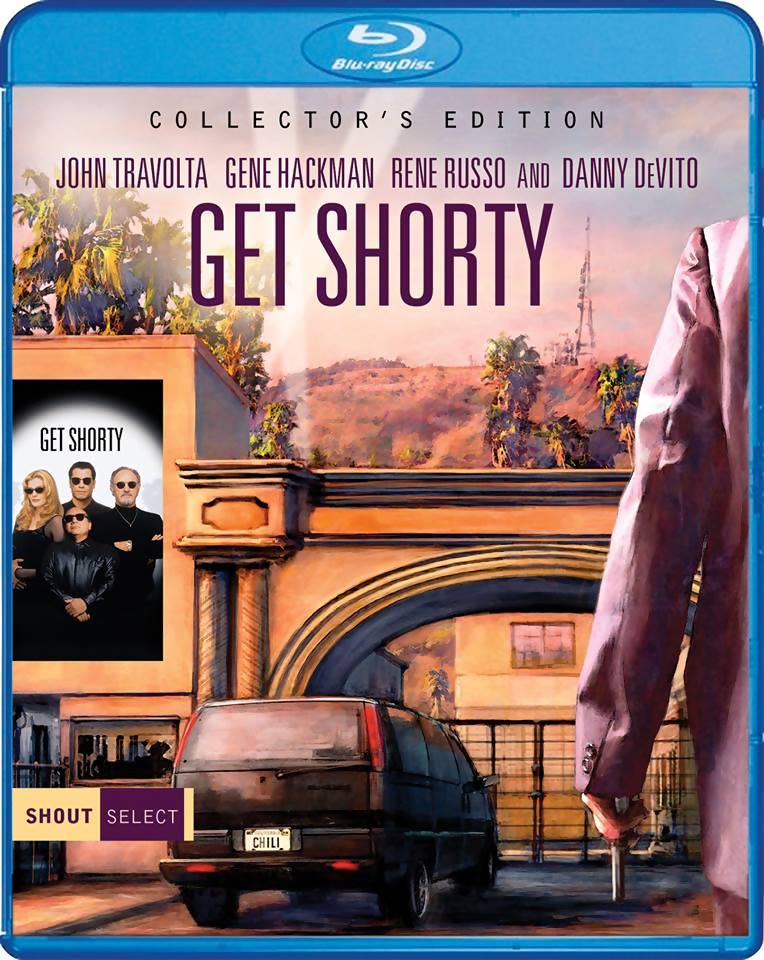