A melding of The Towering Inferno and Die Hard, Skyscraper is an actioner right for the times. Dwayne Johnson is Will Sawyer, a former FBI agent and war veteran turned security analyst. He’s a candidate for a big new job: accessing the safety of the world’s tallest building, The Pearl; a 220-story skyscraper (three times the height of the Empire State Building) that is just about to open in Hong Kong. Will has a prosthetic leg (the result of a suicide bomb blast in his former career) but it hasn’t kept him from excelling. In fact, as it turns out, his prosthetic leg will save his life more than once. 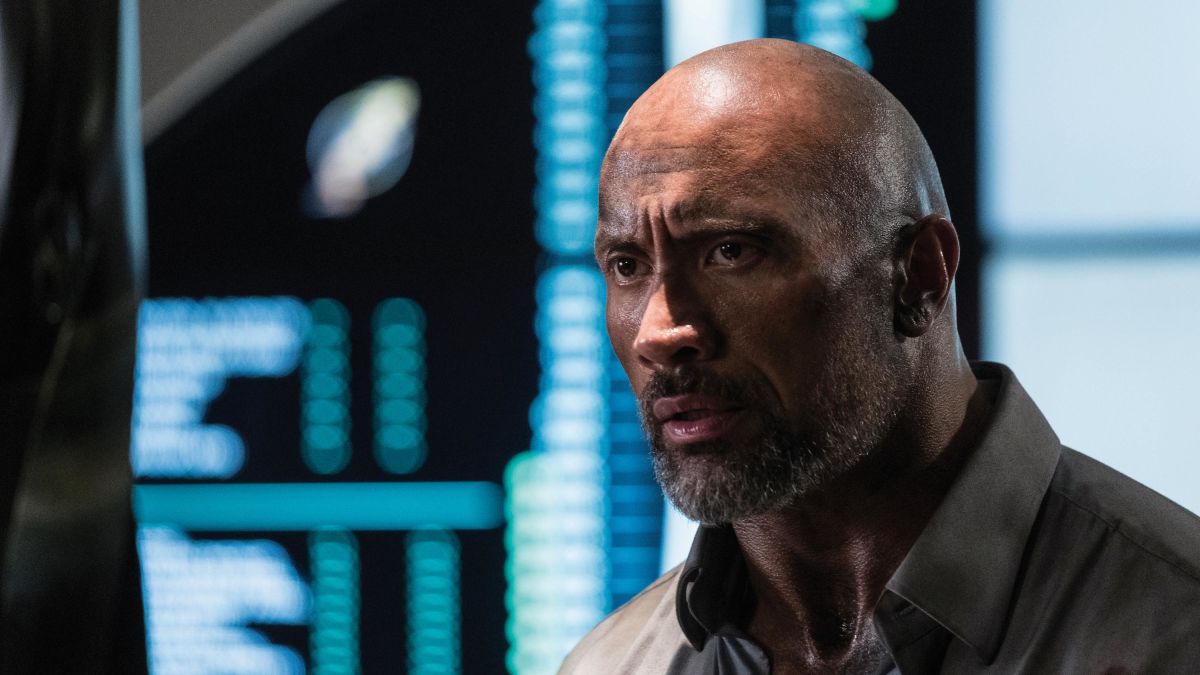 Charged with accessing The Pearl’s safety features, when a fire breaks out in the building, Will, whose top-secret access has been compromised, is believed to be the culprit. And, although he isn’t, his family is still in the building: surgeon wife Sarah (Nev Campbell), and his fraternal twins; Georgia (McKenna Roberts) and Henry (Noah Cottrell). His family is his “Rock.”

Now Will has a new job: re-enter the hermetically sealed burning building, beat up the bad guys, clear his name, and rescue his wife and kids. Johnson’s franchise power is undeniable. During the last seven months he’s been the featured attraction in three films: Jumanji: Welcome to the Jungle, Rampage and now Skyscraper. It can be said that he is deserving, possessed as he is, with an attractive face, hulking frame, and the ability to appear believable amidst a jumble of wholly unbelievable blue screen CGI situations. But it can also be said that Skyscraper doesn’t do him or his star power justice. Writer/Director Rawson Marshall Thurber has a self-contained, disaster film idea that should, as conceived, play smoothly. It doesn’t.

First, the choice to place the world’s tallest building outside of America is a profound disappointment. Recovering, as we still are, from the 9/11 terrorist attacks on the World Trade Center in New York City, it would have been satisfying; a corrective really, to place The Pearl somewhere in the United States. Another distraction is that, filled though it is with state of the art special effects and fantastic super hero situations, The Pearl is a static, un-moving and eventually stifling location. The roof can only collapse around you—but not injure you, so many times before you start to think “okay; what else ‘ya got?” 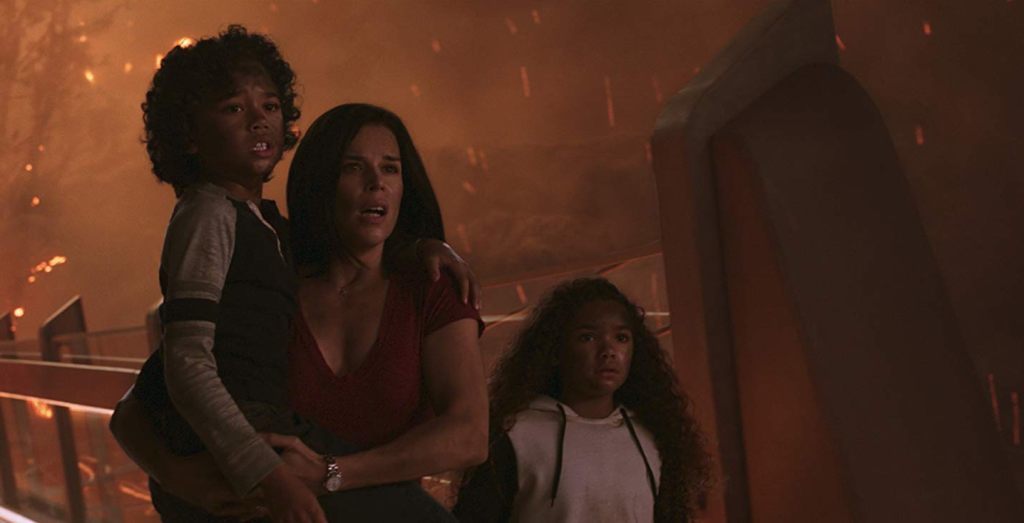 Filled with a large Asian supporting cast (Johnson is as big a star in China as he is in America), Skyscraper’s international mélange include Chin Han as Zhao, The Pearl’s billionaire philanthropist; Rolland Moller as Kores, a mob-tied mercenary; and Pablo Shreiber as Ben, Will’s double-crossing, under-achieving, FBI agent buddy.

Death-defying sky-high situations, faulty “smart” panels and a phalanx of potential (and real) villains populate the film and keep things moving at a brisk pace. The picture’s best action sequence is a knock down drag out fight between Will and Ben. Go see Skyscraper: for two reasons: The Pearl, with its 30-story center-building park and the world’s highest observation deck “the closest you’ll ever get to heaven,” as well as Dwayne Johnson. Although it’s never alluded to, Dwayne Johnson is a brown-skinned American action hero. In 2018, especially amidst a wave of white people in America calling the police to report “suspicious” black people, a brown superhero (Johnson is half African-American and half Samoan) remains a cause for celebration.

Skyscraper is Jurassic Park: Fallen Kingdom with Dwayne Johnson as the Tyrannosaurus Rex. Don’t let the sometimes cliché dialogue get in the way: “in order to be brave you’ve got to be a little afraid,” keep your mind on the spectacular special effects.