Writer-Director Paul Schrader has been involved with a number of classic films we love including Taxi Driver, Rolling Thunder, Blue Collar, Hardcore and Raging Bull among others. The last one we covered by him The Canyons didn’t receive such a positive reaction from our own Sebastian (he hated it). Regardless, we’re always intrigued by his new projects, just because we know he has the ability to deliver something exciting. That’s why we’re glad to hear that Paul Schrader is back once again, this time teaming up with two acting legends (Nicolas Cage and Willem Dafoe) for a crime film based on a novel by Eddie Bunker (Straight Time, Runaway Train). This seems like it has excellent potential since Bunker’s has done some of the greatest writing (No Beast So Fierce, Animal Factory) on the world of criminal activities as he knew about it first hand. We hope this project turns out well for Paul & Co!

Official Synopsis: Carved from a lifetime of experience that runs the gamut from incarceration to liberation, Dog Eat Dog is the story of three men who are all out of prison and now have the task of adapting themselves to civilian life. The California three strikes law looms over them, but what the hell, they’re going to do it, and they’re going to do it their way. Troy (Nicolas Cage), an aloof mastermind, seeks an uncomplicated, clean life but cannot get away from his hatred for the system. Diesel (Christopher Matthew Cook) is on the mob’s payroll and his interest in his suburban home and his nagging wife is waning. The loose cannon of the trio, Mad Dog (Willem Dafoe), is possessed by true demons within, which lead him from one situation to the next. One more hit, one more jackpot, and they’ll all be satisfied. Troy constructs the perfect crime and they pull it off, but in the aftermath, they keep finding the law surrounding them wherever they go. 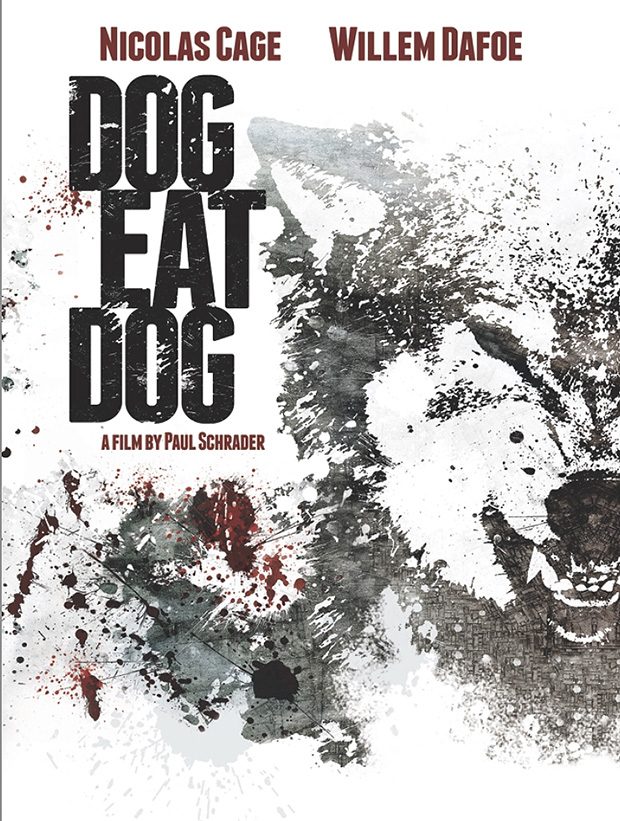