One-part Alien another part The Meg, Underwater is a deep-sea thriller: what exactly lives seven miles under the sea—and what business do we have being there?

The action starts right away—a fine indication that the filmmakers respect their audience. Kristen Stewart is Norah, one of a team of big corporation mining experts who also, thankfully, is a wiz with complicated computer systems—a detail that will prove life-saving more than once. 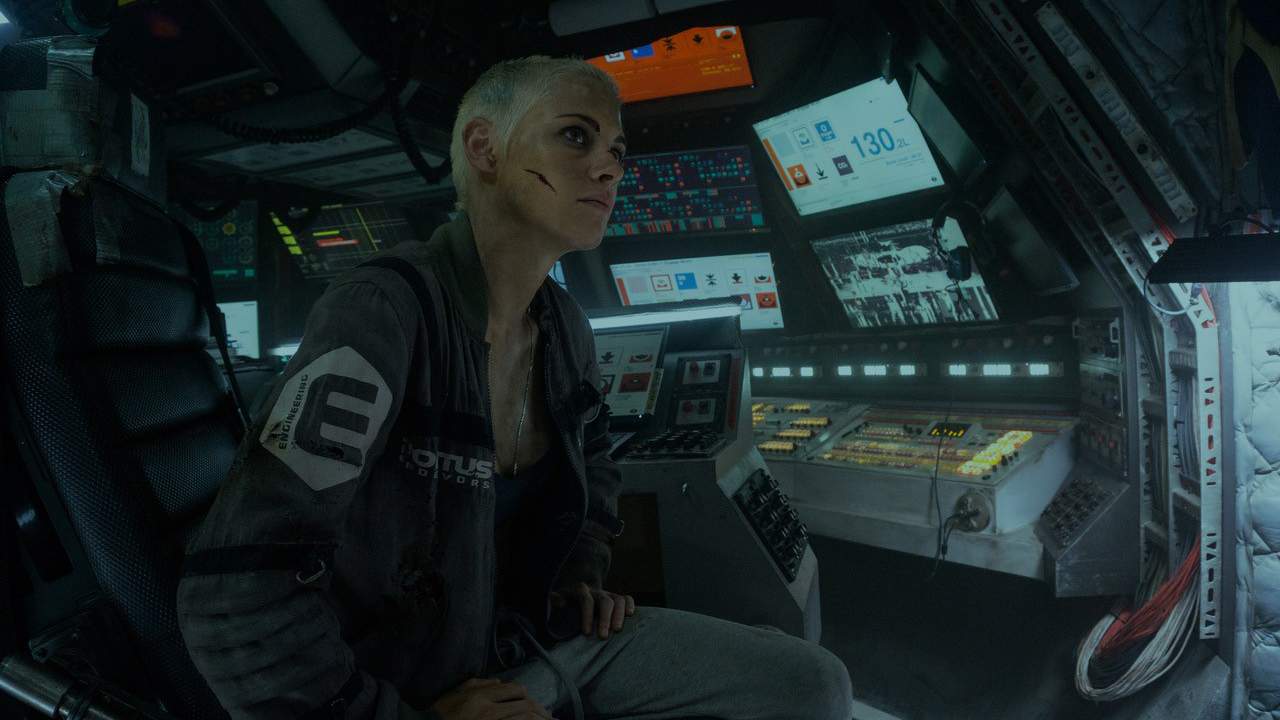 An earthquake, it appears, wreaks havoc on their sea floor compound which houses a large contingent of researches who’ve agreed to live underwater for months on end exploring the depths of the sea. A voiceover points out that when there is no sunlight for months you not only lose track of time, you’re also not really sure if you’re awake or dreaming. Creepy.

A venture out into the waters to explore the damage to their compound results in the discovery of a ferocious unknown squid-like creature with razor sharp teeth and talons. When the creature is brought back to the vessel, all hell breaks loose: it seems that a phenomenally larger creature is in pursuit of its offspring. Could it all be a figment of everyone’s imagination? After all, they’ve all confessed that their detachment from the world above, and the longing for their loved ones, has made them a bit loopy. 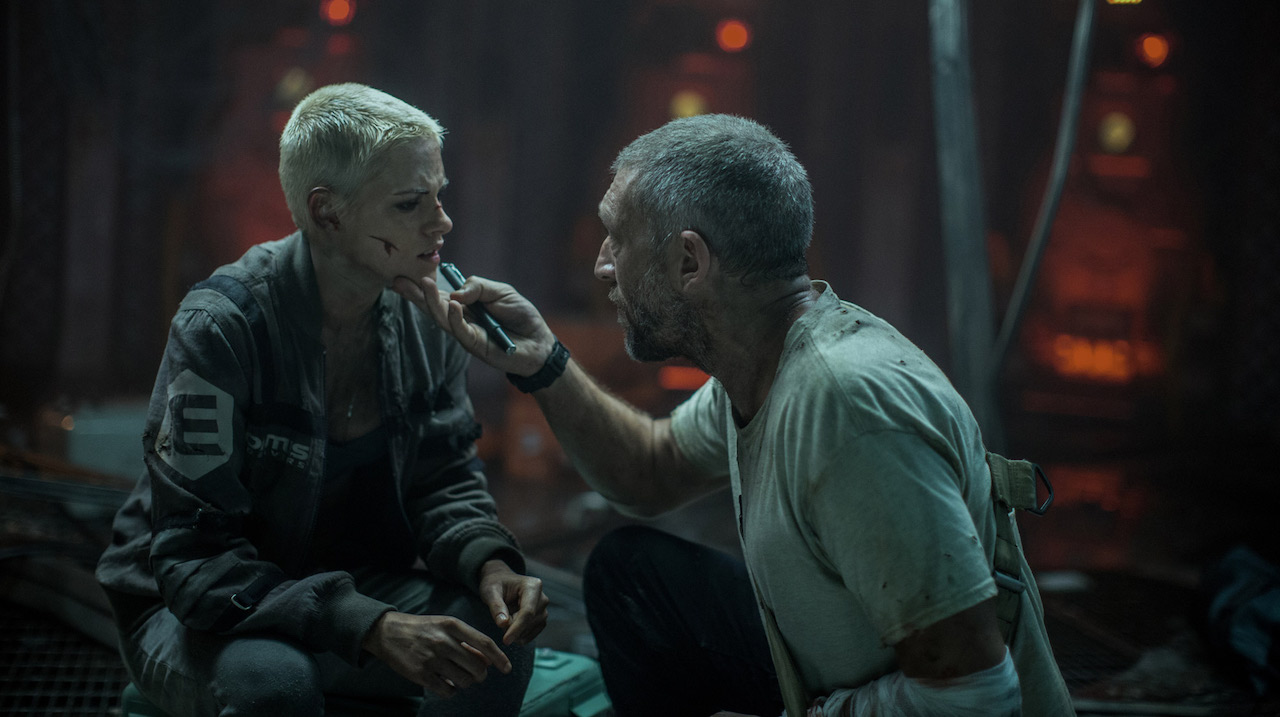 Captain Lucien (Vincent Cassell) believes their only chance at survival—water is leaking in and there have been several catastrophic explosions, is to put on their air-tight suits and walk a mile across the ocean floor to another unit which contains eject pods. Emily (Jessica Henwick) is scared of her own shadow but agrees. So does sarcastic “life of the party” Paul (T.J. Miller), a goof with a heart. Along the way several members of their team meet gruesome deaths: one by a faulty air-tight suit, another eaten alive by a pack of the “new species” sea creatures—which are everywhere now.

Director William Eubank and screenwriters Brian Duffield and Adam Cozad present a taut (90-minute) thriller with the requisite jump scares. But there’s also a science fiction/horror thing going on. If the deep sea is a secret world that harbors heretofore unseen terrifying and deadly creatures—and they are terrifying, the crew is in for a King Kong-sized surprise. You see, there’s plenty of room seven miles under the sea. 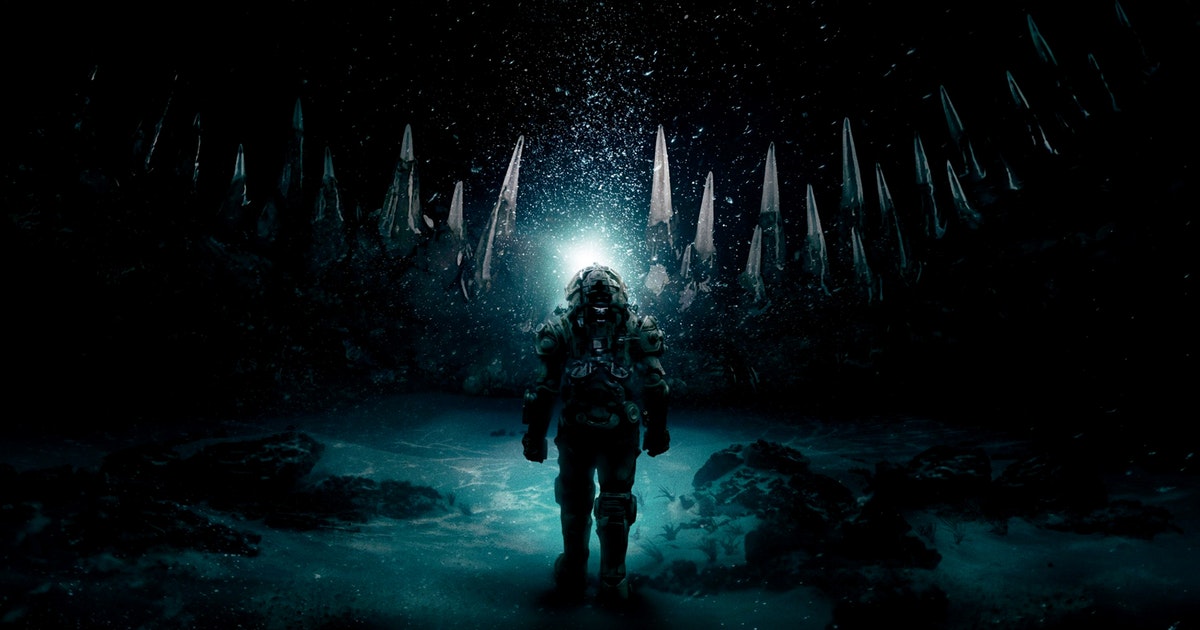 Fast-moving, great cinematography, splendid special effects and a booming soundtrack help make Underwater work. And if you’re ever swallowed alive by a giant sea-creature (alien?) you’ll know exactly what to do. Sea evil.