Scott Howard (Michael Ealy) and his wife Annie (Meagan Good) are an intelligent, sophisticated and wealthy African American couple who purchase their dream home: a three million dollar turn of the century property located on a deserted dirt road in Napa Valley, California.

The house, known as Foxglove, was sold to them by an eccentric but apparently well-meaning widower named Charlie (Dennis Quaid). Charlie’s wife died of cancer, so he’s moving to Florida to be with his daughter. He’ll be leaving in a few weeks, he says, but it doesn’t turn out that way. 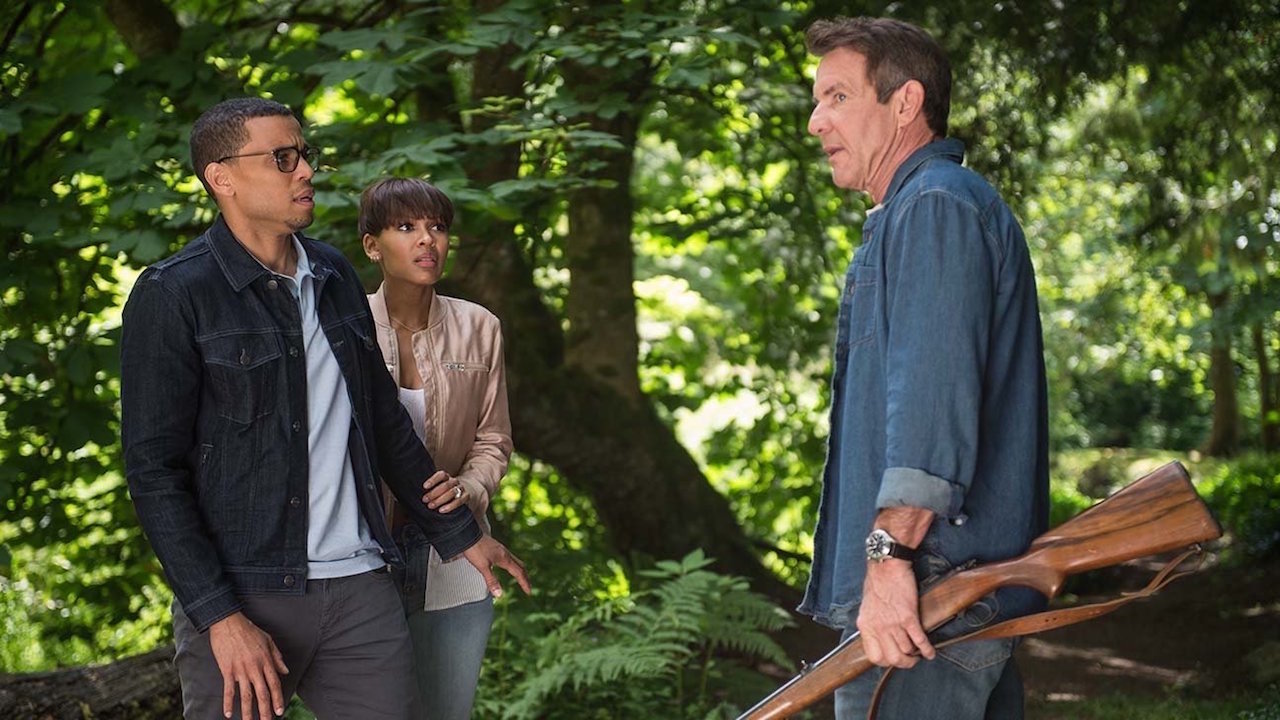 You see Charlie keeps showing up unannounced. A man who loves guns and wears a bright red baseball cap (!), Charlie, uninvited and unwelcome, mows the lawn, hangs holiday lights and, at one point, even delivers a pizza! He’s also stalking the joint: watching the new homeowners argue, dine and make love in their marble-laden kitchen.

The Intruder’s workmanlike script by David Loughery does what it’s supposed to do and even contains a level of back story not often seen in this type of thriller: Scott’s fear of guns; Annie’s discovery of an affair; but Annie’s naivete plays too long and it’s a sore point with moviegoers (who heckle) and reviewers (who have not been kind). Surely an attractive woman like Annie, someone who writes “self-empowerment” articles for women’s magazines, would catch on sooner than she does.

And what about Scott? He’s a smooth operator on the job—that’s why he was just acknowledged as the “highest earner”—but would his laid-back demeanor really carry over so completely as Charlie crosses boundaries and overtly lusts after his wife? 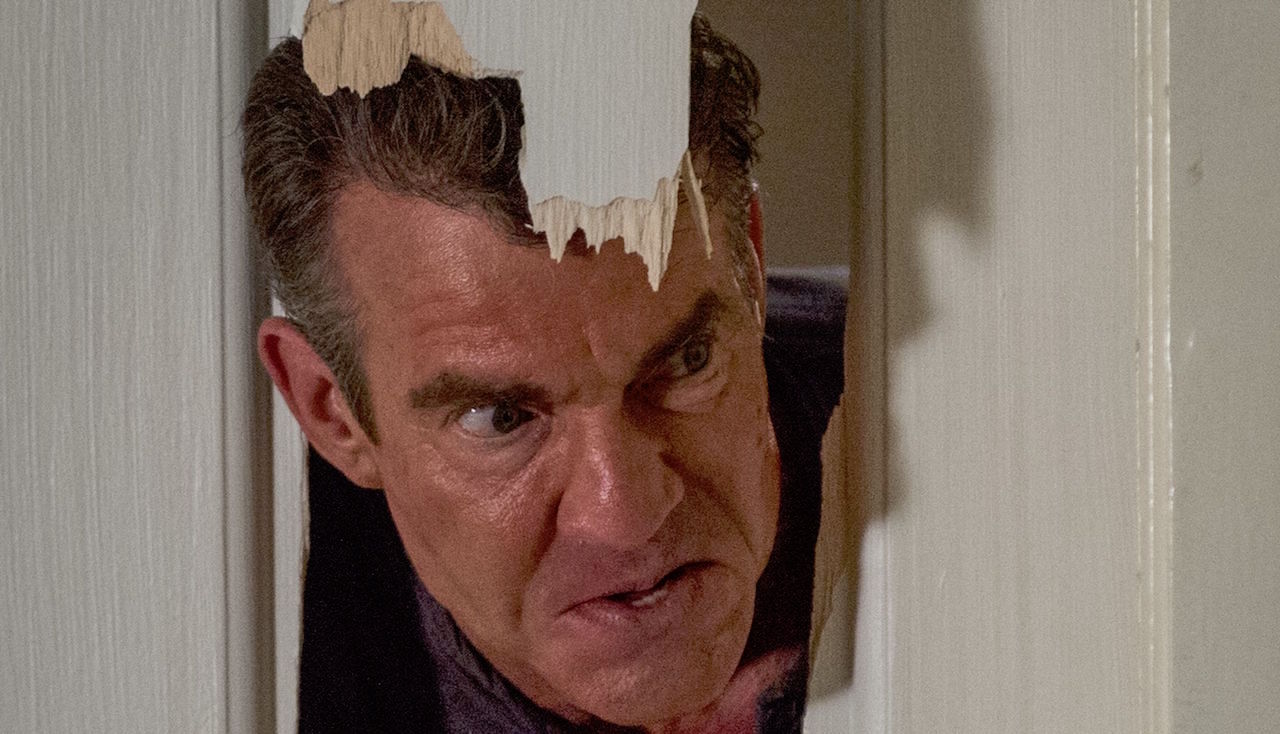 Director Deon Taylor delivers a sack full of the expected goods: jump cuts, R & B music, creepy treks through the forest, an ax murder, and even a grand turn-the-tables finale. And the lack of reference to Annie being a young black woman who (much older) white Charlie is obsessed with, is refreshing and modern: he just likes her: period. Look for a knife-and-grimacing face-through-the-door moment taken directly from The Shining!