In 1973, a new director named Martin Scorsese arrived on the scene and came crashing through the door of cinema with a wildly different look at life in New York City’s Little Italy. Mean Streets was the first breakout film from the kid from the Lower East Side who always dreamed of becoming a director. While Mean Streets was not a huge epic like The Godfather, it depicted life on the streets where Scorsese grew up perfectly. This was about his home, the kinds of people he knew and the music he listened to. The direction of the film is almost done in a semi-documentary style. One of Scorsese’s mentors Actor-Director John Cassavetes‘ own cinema verite films (Shadows, Faces) were a big influence on the film’s content. 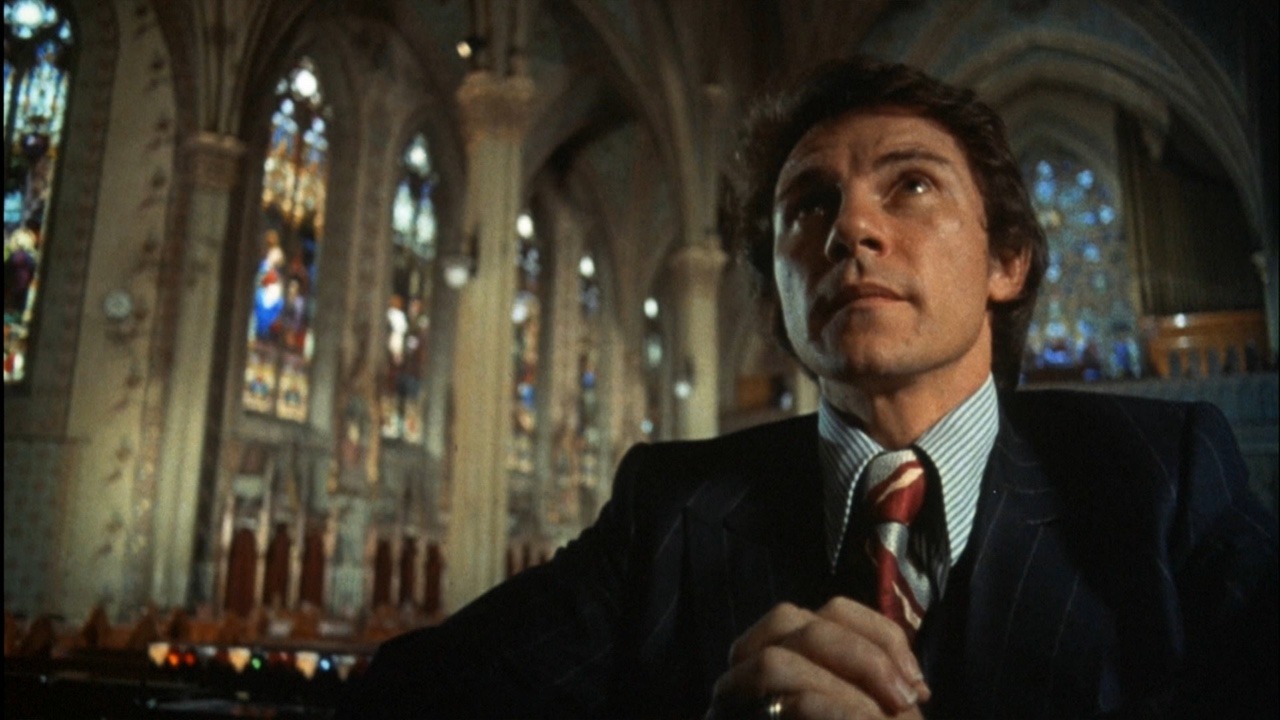 Charlie (Harvey Keitel) is a kid who wants to get ahead in life. His world in Little Italy isn’t very big, but he knows it well and this is where he wants to be. He’s also a very religious guy (Italian American-Catholic). While people around him don’t care about all that religious stuff, Charlie’s biggest hero is St. Francis of Assisi. This is one reason Charlie wants to help people, especially his best friend Johnny Boy (Robert DeNiro). Johnny is the wild kid all of us have known at some point in our lives. He’s living on the edge with no sense of the future at all. When we first meet him, he has just set off a bomb in a mailbox. As it explodes, he runs away laughing and this introduction scene tells you everything about him. Mean Streets’ main theme is about Charlie and how he wants to do his own kind of penance for the sins he commits every day. In Charlie’s mind, helping his pal Johnny Boy is the closest and best way to do something honest and good, even though the ignorant Johnny Boy really doesn’t appreciate his help. 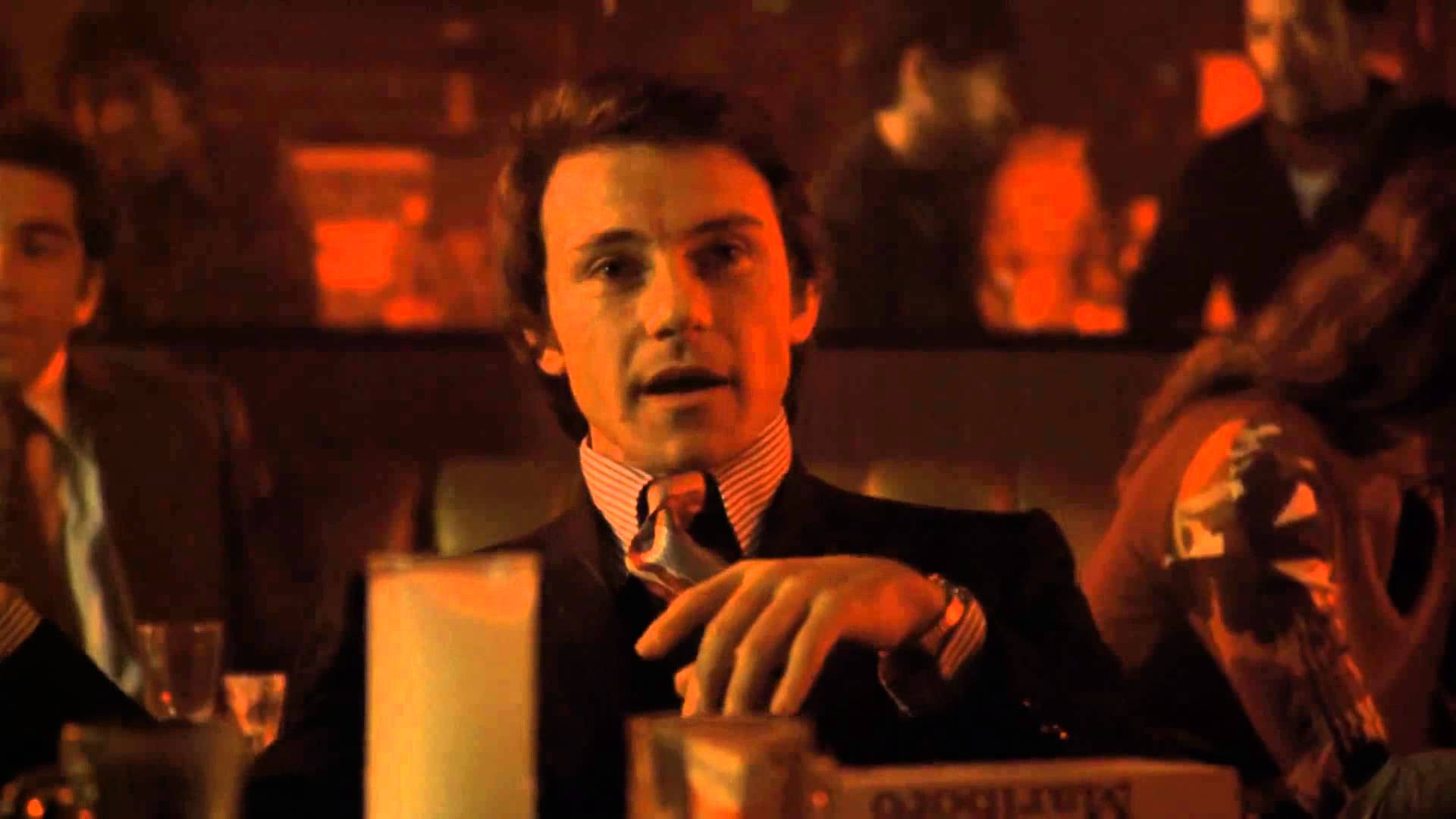 Charlie and Johnny hang out at a local bar where Tony their friend/owner lets them drink for free, it’s really their home base for socializing. While every group has its wild child, it also has its shmuck and that is definitely Michael (Richard Romanus). Michael is a small time, wannabe gangster, but all he does is lend people money when he should be trying to create a reputation as a wiseguy. Michael has recently loaned Johnny Boy $3000 and Johnny still hasn’t paid him back yet. As the film progresses that is where Charlie steps in to try to help Johnny Boy and keep Michael from getting rough with him. 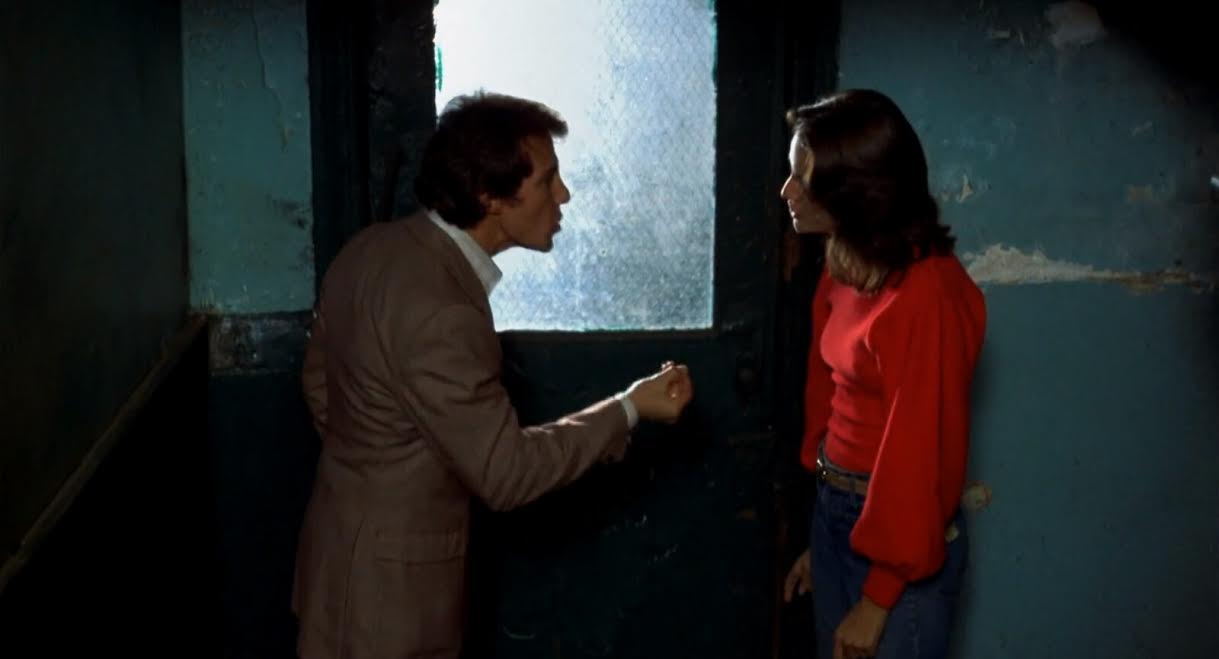 Charlie’s main squeeze is Theresa (Amy Robinson). Theresa happens to be Johnny Boy’s cousin, so the film has a sense of family politics between them. Charlie is in love with her but also has to watch himself because of his Uncle Giovanni who is a made man in the Mafia and doesn’t want Charlie getting too close. One of the main reasons being Theresa is an epileptic and she has seizures. While Charlie tries to keep their affair under wraps, he has to keep his uncle happy so he can one day run his local businesses. This relationship between Charlie and Theresa brings another addition of complex drama to the story. 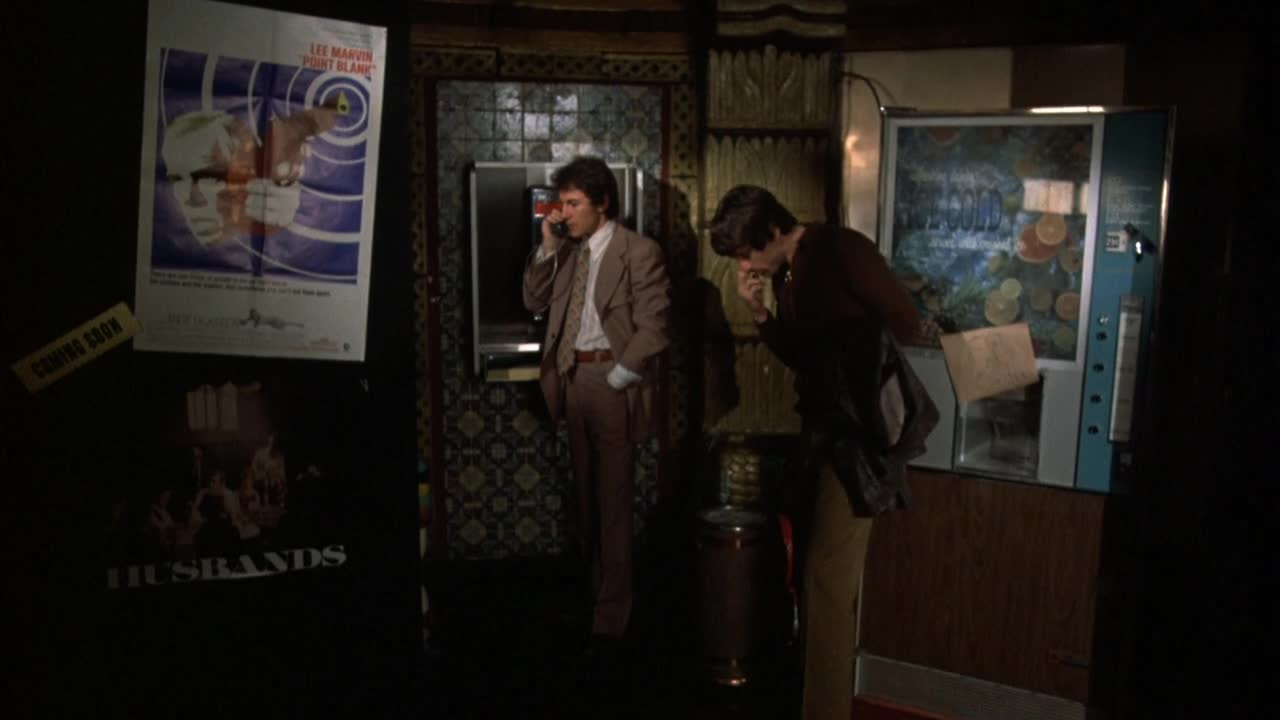 The wild times are always happening at Tony’s bar. One of my favorite sequences in the movie is when Charlie sees Johnny enters with two girls in slow motion as The Rolling Stones’ music plays over it. We get the sense that while Charlie is weary of Johnny Boy (Scorsese narrates Charlie’s feelings), he also finds his reckless attitude somewhat admirable. When we meet Johnny Boy he is with these two hot chicks he met in Greenwich Village. This is a fun little scene as Charlie, Tony and Johnny exchange words. When Charlie sees him, he knows they have to talk. They go into the back room to discuss the money problem with Michael, but Johnny Boy tries to get around it by telling Charlie about how he lost his payment money while gambling. This is one of the best scenes in any movie I’ve ever seen. It is what improvisational acting is all about at its finest. Robert DeNiro is a genius in this movie and the scene alone is probably an inspiration for every aspiring actor that came after him. It’s so natural, funny and just cool to watch, like two jazz musicians riffing on a beautiful melody. After Charlie and Johnny discuss the fact Johnny has to pay Michael back, all the guys have a drink and Charlie reassures Michael that Johnny will make good on his promise. 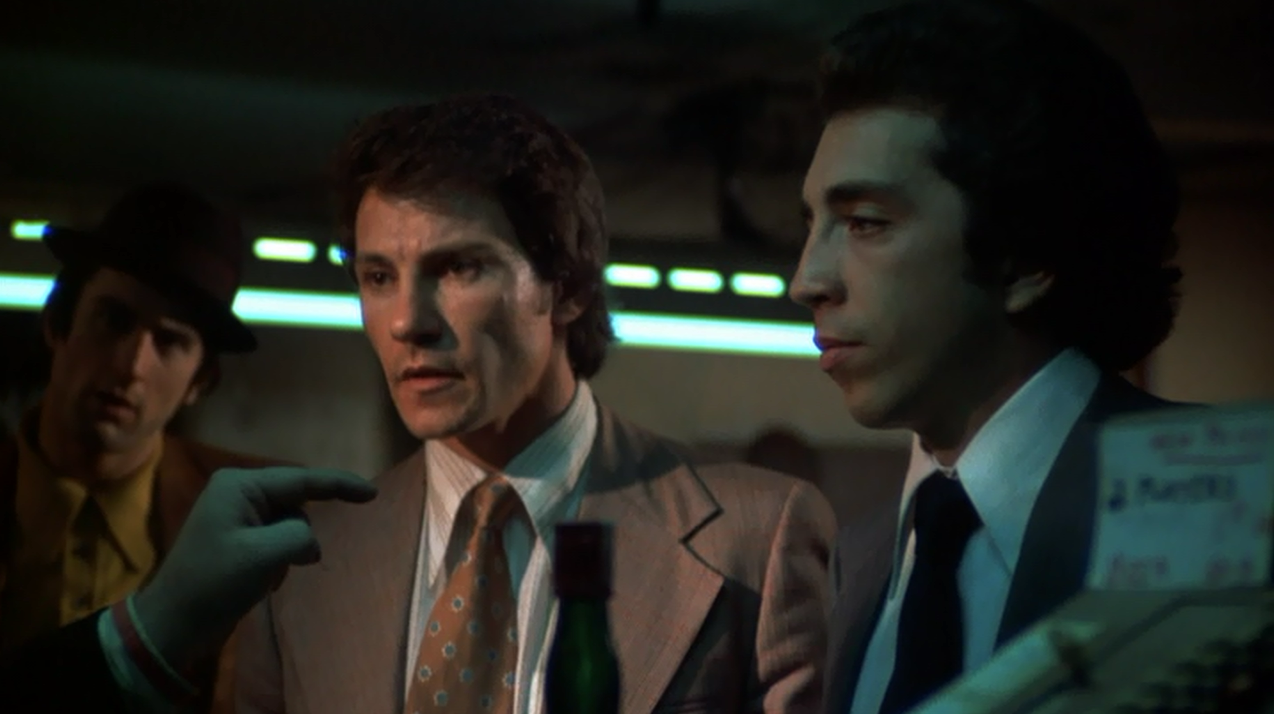 Later on, a young mafioso punk (Robert Carradine) comes in to the bar. When the he sees a drunk man (David Carradine) he’s after enter the bathroom, he goes in and shoots him point blank. As the drunk man wrestles with the wounded man, their fight spills out into the bar and onto the street. The drunk man falls down dead. The other guys can hear the cops are coming so Tony yells at everyone to get out, but not to run for fear they’ll get picked up by the cops. All the bar patrons take off and Tony shuts the bar’s front sign off and splits. Charlie and Johnny Boy take off as well and they walk around and talk. They hang out on the streets until the sun comes up and then go back to Charlie’s to catch a few z’s. Charlie finds out later that the young punk who shot the drunk man was doing it to impress his own Uncle Giovanni to get a higher rank in the Mafia family. 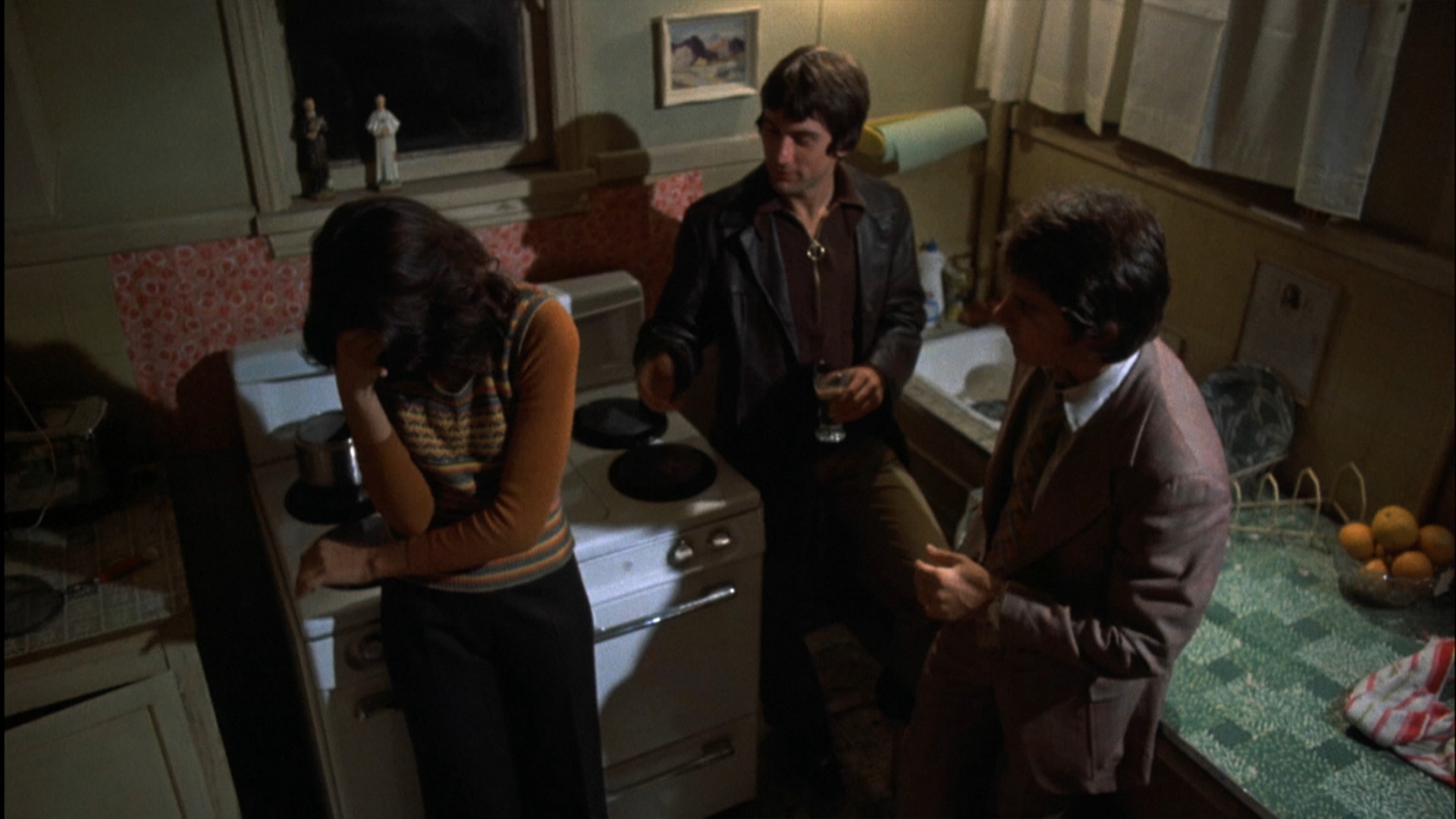 Charlie, Johnny and Tony goto meet a friend who’s looking to collect money from a bet he made and we get one of the best sequences in the film. Charlie and the boys get in a friendly fight with Joe (George Memmoli) and his crew after his friend is called a “mook” (a derogatory term). While they fight it out in the pool room hangout, the great 60s pop tune “Mr Postman” plays. When things start to get really out of hand the local cops show up, but Joe knows one of the cops personally and sort of bribes him to not arrest them all. He explains that Charlie is his cousin and that they were just horsing around. So, they get out of the jam and everything is cool. 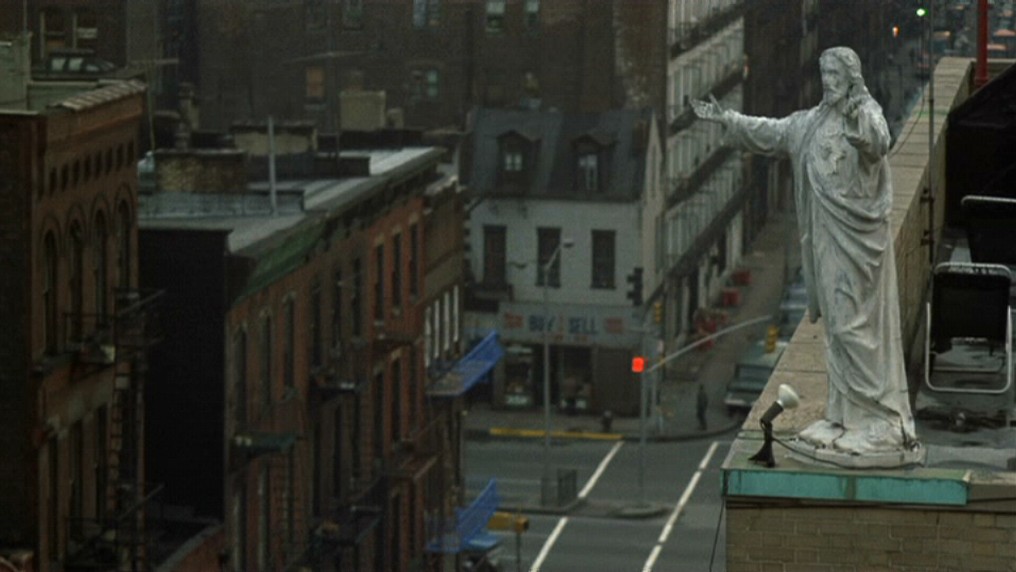 One night the group throw a party for one of their old Vietnam vet pals (Harry Northup). The scene is crazy and everyone’s drunk including Charlie. We then view Charlie as Scorsese uses a special camera to show Charlie’s drunken state, it’s really funny and the music that plays over this sequence “Rubber Biscuit” fits perfectly. The Vietnam vet suffers from some sort of post traumatic stress disorder because at one point during the party during a slow song, he suddenly flips out and grabs one of the girls and tries to hurt her. The other guys restrain him and Charlie brings the girl into the back room. 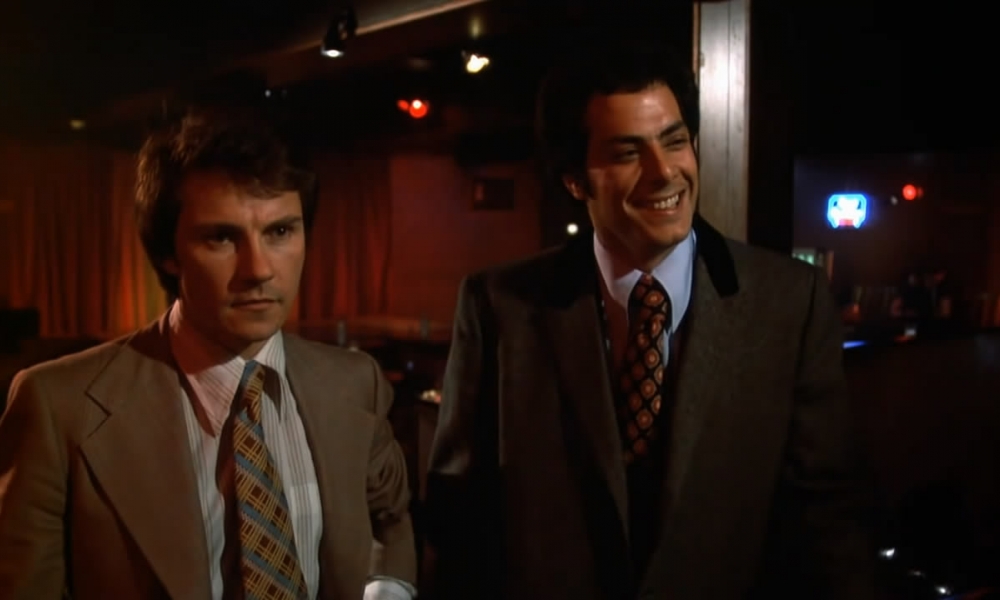 Meanwhile, Johnny Boy is out on the town going crazy, beating random people up and causing trouble. When he shows up at the bar, he is finally confronted by Michael who is pissed at him for not paying back the large amount of money he owes. Johnny Boy makes his feelings known when he tells Michael that the reason he borrowed money from him was because he knew that he was a “jerk-off” nobody respects. Michael lunges at Johnny, but Johnny pulls out a gun and points it at Michael and taunts him. This is another iconic scene in the film. Michael leaves with his sidekick (Martin Scorsese) and Charlie gets really angry at Johnny and tells him that he’s really in big trouble now and they have to get outta town for awhile before Michael comes back to kill him or both of them. 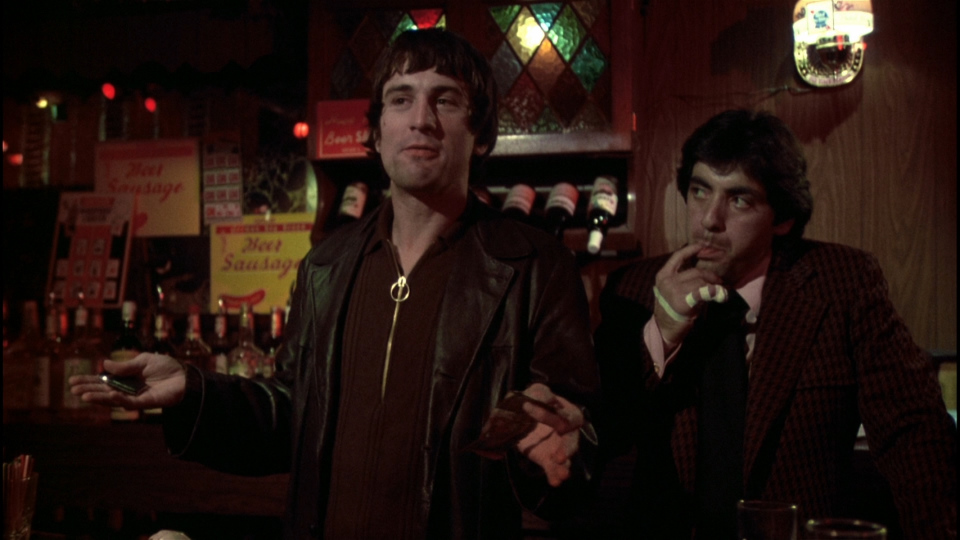 Mean Streets is a cinema classic from the early 70s and it’s also a deeply personal film from Martin Scorsese with a lot of great actors and wonderfully executed scenes. It’s a gritty, authentic portrait of small time gangsters and their daily lives. Scorsese brought such a knowledge of these people because he lived like they did in his youth. Many people don’t know that Charlie is partially Martin Scorsese’s alter ego in the film and you can actually hear Scorsese’s own voice used for some of Charlie’s inner monologues. Martin Scorsese has also stated in interviews that the characters Charlie and Johnny Boy were based in part on his father and uncle’s relationship. Which reiterates how personal the film was at its core. An interesting production fact about the film was that it was shot almost entirely in Los Angeles (the indoor scenes), but the exteriors were shot in New York’s Little Italy. 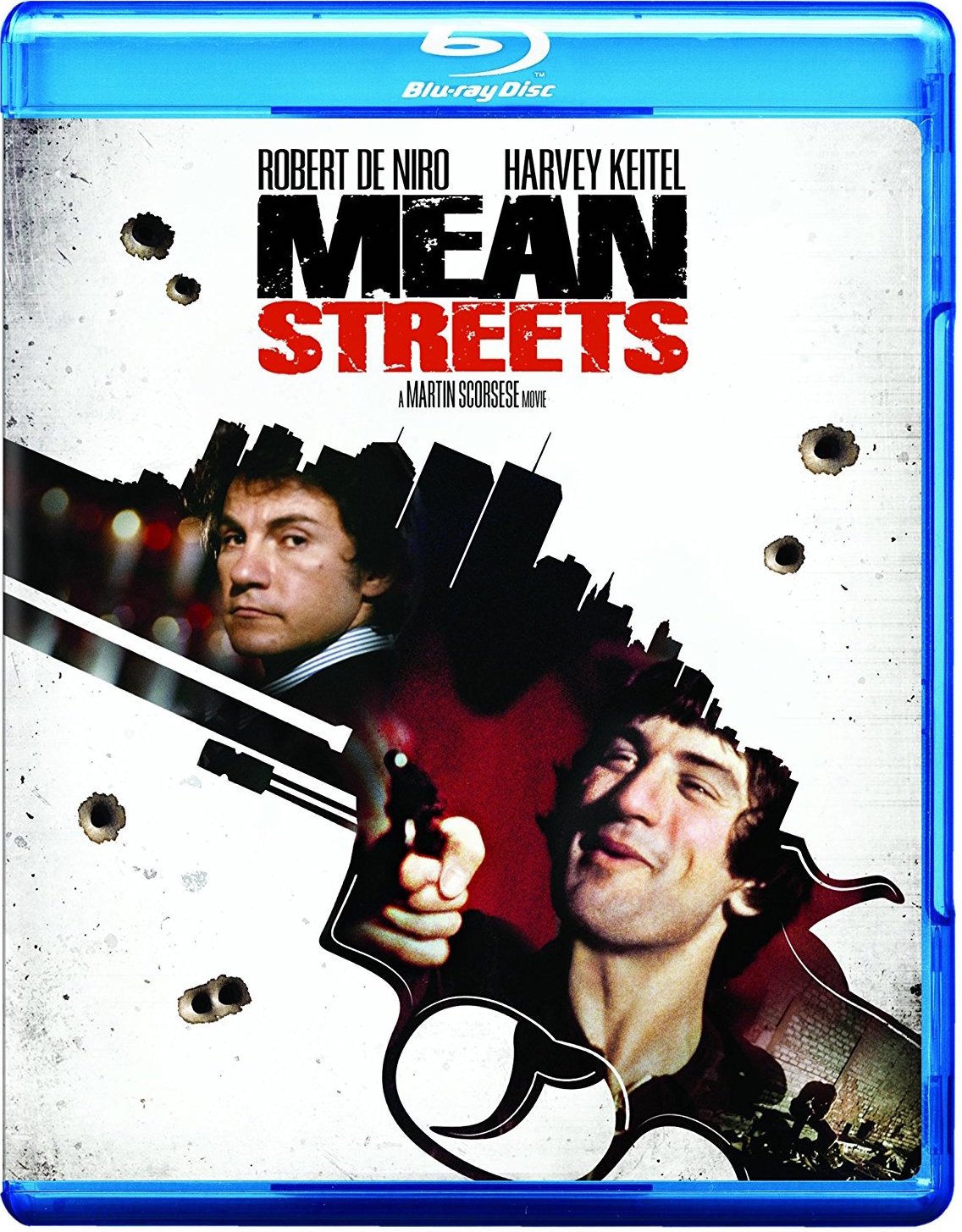