Bukowski: Born Into This

My first encounter with the late writer Charles Bukowski’s work wasn’t through his literature, it was from watching the film Barfly (1987). It was directed by Barbet Shroeder and starred Mickey Rourke (Sin City) as Bukowski’s alter-ego, Henry Chinaski. Right away, it sucked me in as the opening credits rolled while Booker T and The MGs’ “Hip-Hug-Her” played. I got to find out about Bukowski’s dirty, violent and often downright funny world through this movie. It’s been one of my favorites since I first viewed it. 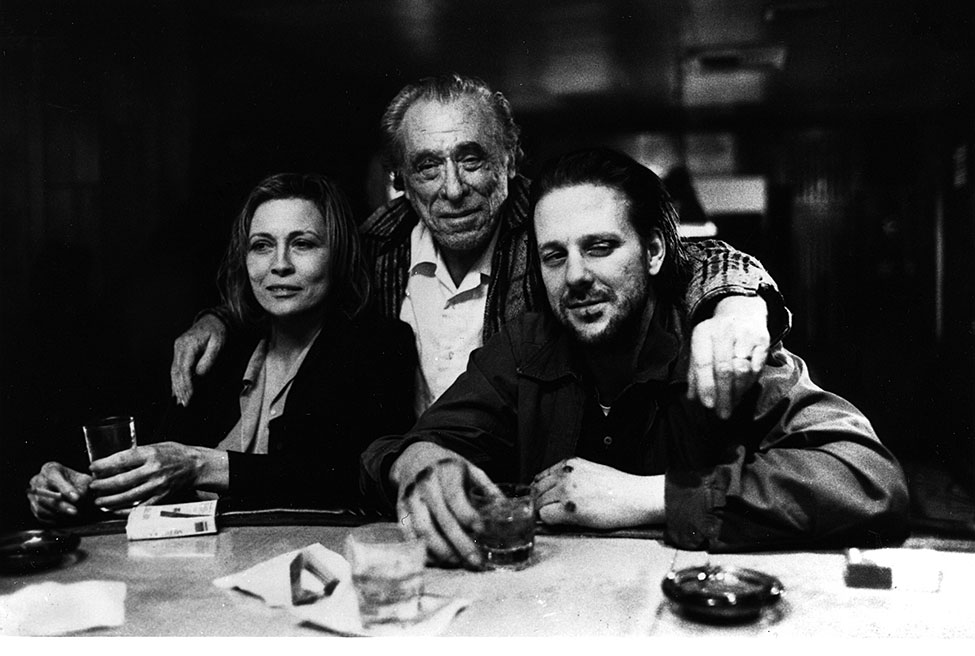 The late writer Charles Bukowski (b. Henry Charles Bukowski 1920-1994) wrote for street people and spoke for them as well. While his voice was that of an American man who lived on the edge, his words were universally identifiable. You didn’t have to live on skid row to understand Bukowski, you just had to be human. He was a true genius of the counterculture. This documentary by first time director John Dullaghan (who had previously worked in advertising) gets to the heart of who Bukowski really was. Bukowski was known for being an unpredictable guy, but with this film, Dullaghan looks through the mythic fog surrounding Bukowski’s life and discovers the many contradictions that were all part of who he really was.

At the opening of the film we see Bukowski reading poetry and drinking at a party as the camera gets right in his face. He screams out “Whattaya want? Motherfuck!”. This was one side of Bukowski, the guy that wrote about drinking, having sex with whores and fighting with his employers. Theres some incredible footage of Hank driving around LA in his beat up VW Bug complete with a cracked windshield. Its in black and white and it feels like we are right there with him. The camera continues to follow him down the streets of LA as he brings some laundry to get cleaned. 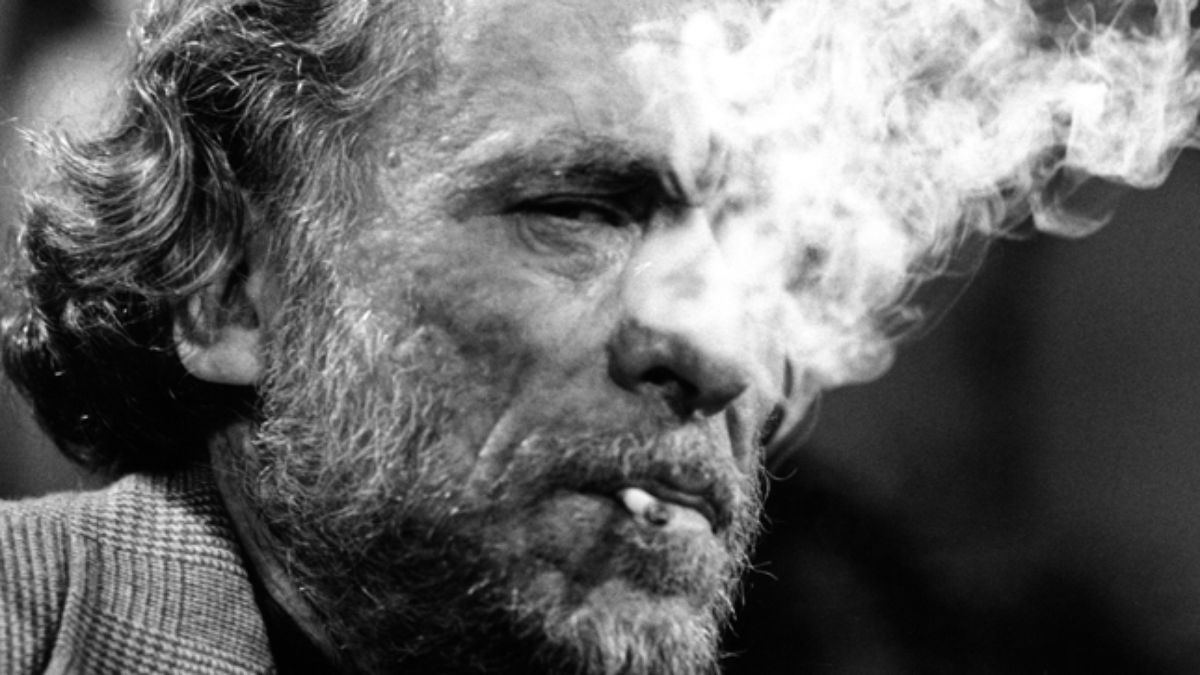 Director Taylor Hackford who is best known for his films An Officer and A Gentleman and more recently, the Award Winning bio-pic Ray, documented Bukowski while he was at Lawrence Ferlingheti’s Poets Theater in San Francisco in the early 1970s. We get to hear about Hackford’s experience with Hank in his interview which is included with the footage of the appearance. It’s amazing to see how popular he had become at the time. This wasn’t a small coffee house with 100 people, this was an auditorium crammed with 700 + of his biggest fans. Bukowski was often very nervous when he gave his poetry readings, so he’d often drink beer or harder stuff. Bukowski had started out writing in the 40s, but it really wasn’t until the 60s and 70s that his voice became the most potent and well known.

What impressed me most about this documentary was the fact it was made by a guy who had never made a film before. It really feels like it was made by a veteran director. John Dullaghan spent seven years researching, shooting footage, interviewing and just submerging himself in all things Bukowski. I think the reason why this film is so great is because it feels inspired. It has soul that makes us realize Dullaghan understood and identified with Bukowski on a personal level. The film certainly doesn’t sugar coat who Bukowski was but instead uncovers the many complexities that made up the man. Many documentaries often fail at finding a real place of closure, but this film really comes full circle in its 113 minutes. It brings to light the real man vs. the legend and it feels complete and honest. 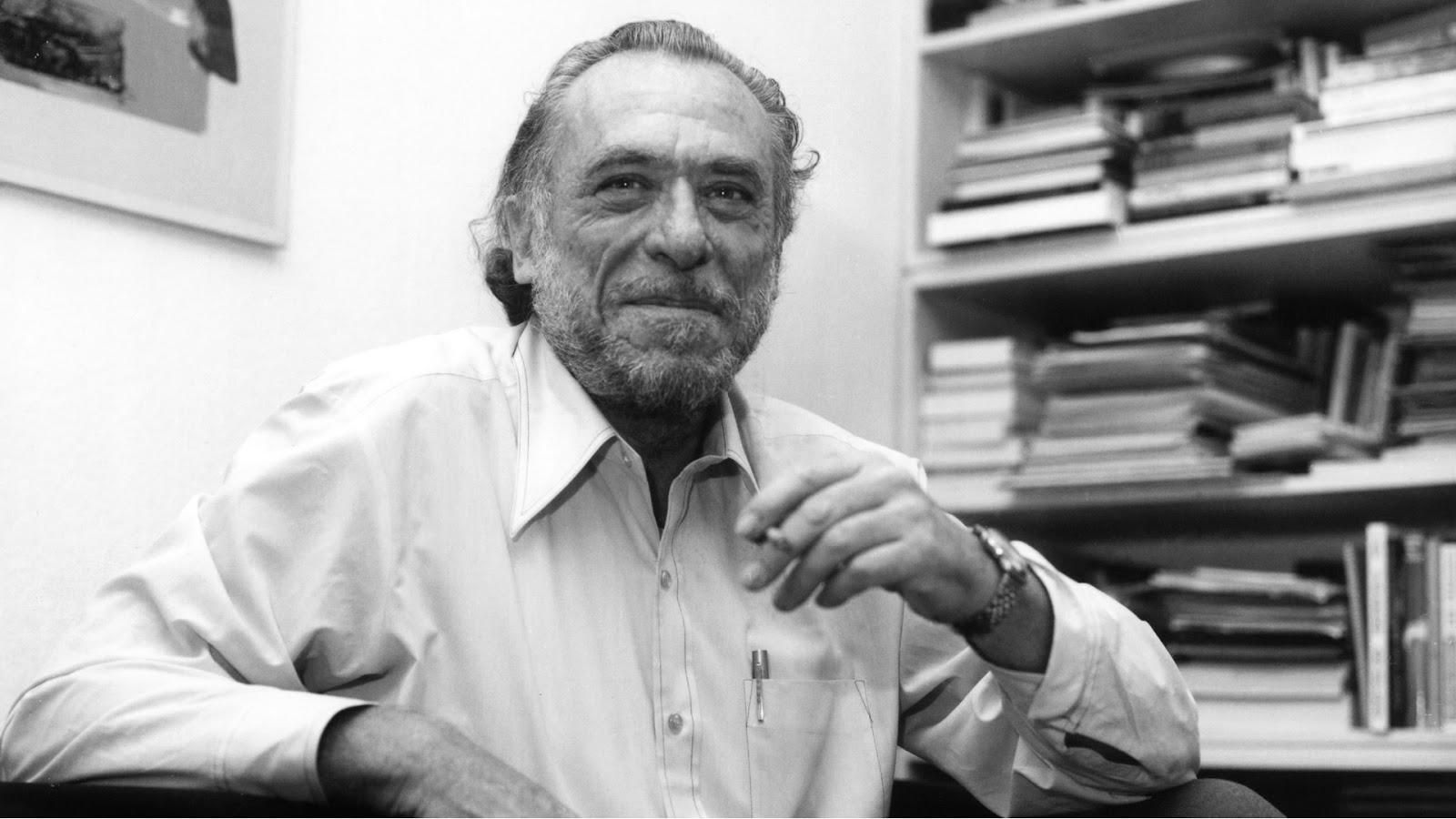 Born Into This features interviews with the people that knew Hank at different times of his life. He worked at the US Post Office for many years and that period inspired one of his most popular books, the aptly titled “Post Office”. We also get to hear about Hank from the people who knew him best like his wife Linda Lee Bukowski. Theres footage of her and Hank having a fight included in this film that is really harsh. This is where we see the brutal side of Hank, and its pretty ugly stuff. Hank’s publisher/friend John Martin tells us all about how he helped him get his work out to the public. Actor/Friend Sean Penn shares some memories about Hank’s meeting with one of his biggest fans, Bono from U2. We also get to meet Hank’s ex-wife Franceye and his daughter Marina.