Sam Fuller’s THE BIG RED ONE

On May 16th, Warner Home Video will be releasing Samuel Fuller’s World War II Men On A Mission classic THE BIG RED ONE (1980) on Blu Ray. Largely inspired by Fuller’s own experiences during the war, the film is an up close look at the comraderie and adventures of ragtag group of young soldiers (Mark Hamill, Robert Carradine, Kelly Ward, Bobby DiCicco) in the US Army’s 1st Infantry Division who are led by a grizzled veteran (Lee Marvin). The story moves from 1942 to the end of the war and spans several amazing battles in North Africa, Sicily and Omaha Beach at Normandy.

For longtime fans of Fuller’s work, The Big Red One provided another no-nonsense view of his time serving our country. Fuller made hardboiled, bold cinema with colorful characters and this was his masterpiece/final entry in a series of war genre films he made which included such classics as The Steel Helmet, Verboten!, Fixed Bayonets! and Merrill’s Marauders. Throughout his career Fuller was intent on showing the realistic, unglamorous attitudes he and his fellow soldiers had towards what was going on around them during the bloody, unforgiving time in WWII. There was simply no fake John Wayne style posing portrayed with Fuller’s salt of the Earth, All-American soldiers whose fears and traumas were always shown to be constant companions.

The film was heavily cut down when it was released but was later reconstructed and given a premiere at the 2004 Cannes Film Festival several years after Fuller died. Here is a list of the restored scenes: 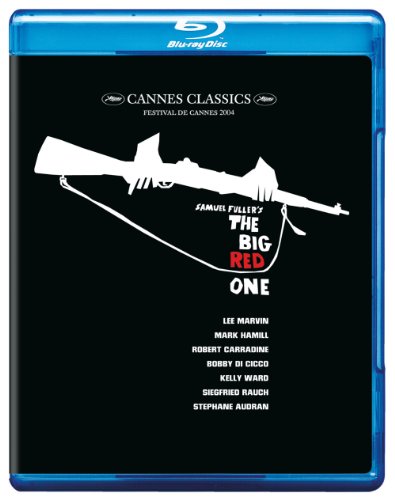