Synopsis: When small-time criminal Charley Varrick (Walter Matthau) leads a crew to rob a bank, things don’t exactly go according to plan. Not only are there casualties, but also, he and his surviving cohort, Harman Sullivan (Andy Robinson), discover that they’ve snagged far more cash than they were expecting –and it’s money that belongs to the mob. Hunted by both the police and a ruthless killer named Molly (Joe Don Baker), Charley and Harman may not live long enough to enjoy their small fortune.

The film will also be released on DVD with the same extras as the BD (except the essay insert) and available for the first time in the U.S. in the 1.85:1 intended ratio. 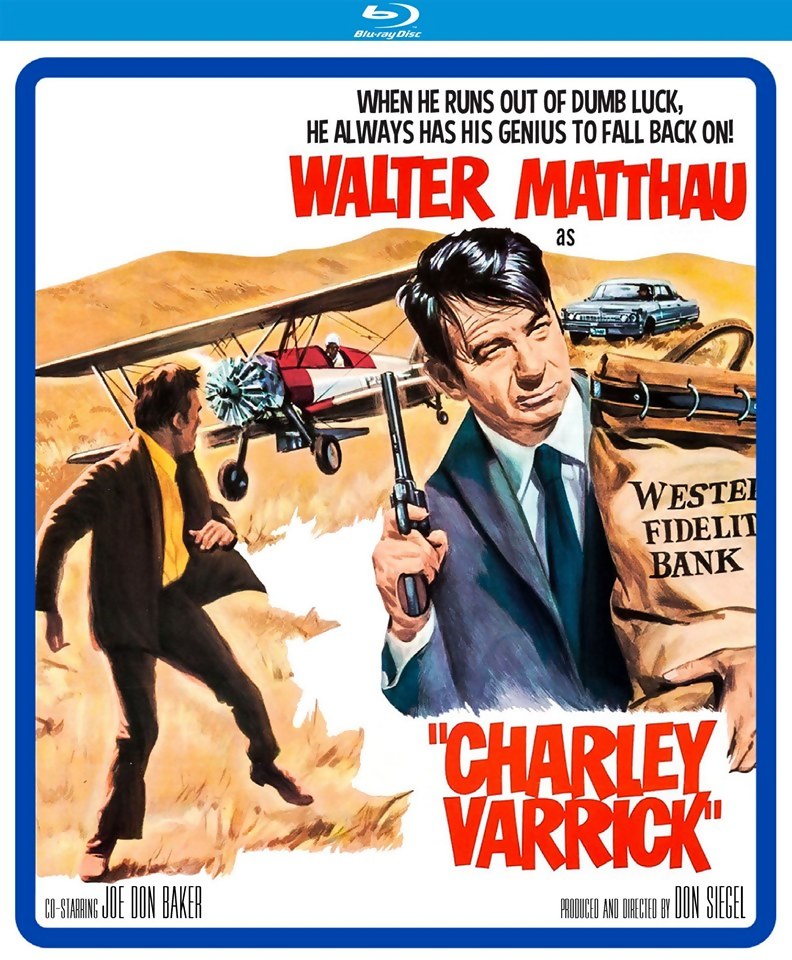